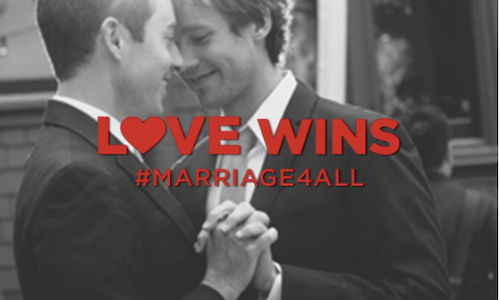 Freedom to Marry: Right Side of History

Smart and thoughtful use of social media has always played a huge part in Blue State Digital's five year relationship with Freedom to Marry: Over several campaigns since 2009, we’ve shot and distributed several powerful and award-winning YouTube videos, and helped FTM develop robust followings on several social channels. So when the Supreme Court’s decision to hear a challenge to section 3 of the so-called Defense of Marriage Act set the stage for a historic first half of 2013, we were fully aware of the stakes. This time around, what mattered most was not individual advocacy but rather transforming the climate in which high level policy decisions were being made. Instead of encouraging supporters to act individually, our aim was to raise the profile of the pro-marriage equality majority, so its voice would be sure to reach the 9 Justices of the Supreme Court and congressional policymakers. The Supreme Court's decision opened the door for the most significant victory for marriage at the federal level ever. And it gave a variety of policy makers, including those 9 justices of the Supreme Court, an opportunity to make a stand that they could be proud for years to come. That’s why we organized our 2013 campaign around the idea of standing on The Right Side of History. Working together, Freedom to Marry and Blue State Digital developed an integrated online and offline campaign to focus public attention before, during, and after the Supreme Court hearings — building support to end federal marriage discrimination and build congressional support for the Respect for Marriage Act. We’re especially proud of the work we did on Facebook and Tumblr. On Facebook, we continued to post graphics and content that would raise awareness around this latest milestone, encourage sharing of important information and also garner more ‘likes’ for FTM’s page. And on the “Right Side of History" Tumblr, we worked with FTM to create compelling social content, and sent emails to core supporters weekly to keep them actively engaged. We also collaborated with media partner, Outbrain, to ensure our campaign content fit well in the context of updates by major news outlets like CNN, the New York Times, and the Washington Post. The day DOMA was struck down was one of the most joyous days in the history of Blue State Digital, both for the agency and for all of us as citizens -- although the day George Takei shared one of our Freedom to Marry Facebook graphics was pretty great too. Results - The Tumblr site generated over 44,000 site visits, gained over 37,000 followers, and had over 41,000 unique visitors. - Their Facebook audience grew by 29.1%, and resulted in 126,685 clicks and yielded 248,470 actions during the campaign. - Of particular note is the “I’m one of them" Facebook graphic, which resulted in 3,474,166 total impressions, 85.3% viral reach. George Takei reposted this graphic, and his post yielded an additional 3.8k comments, 82k likes, and 119k shares. - Not to mention, the Supreme Court ended up overturning DOMA. 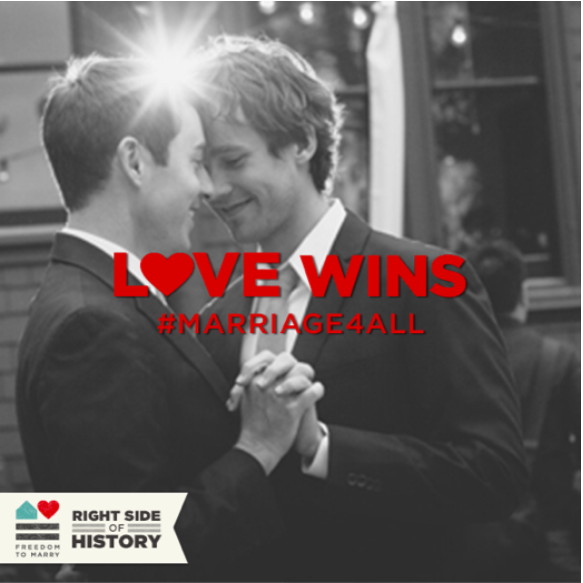