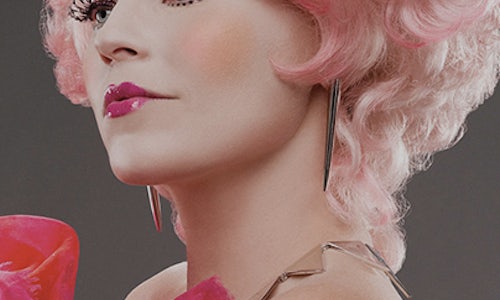 Watson/DG was presented with the challenge of creating a socially driven, long-lead marketing campaign for Lionsgate’s The Hunger Games: Catching Fire. Our goal was to expand past the film's target audience to the fashion world and beyond by providing an engaging user experience to both the casual Tumblr user and invested franchise fans. Designed as a haute couture fashion magazine in the supercilious feel of the Hunger Games' Capitol, WDG created a customized Tumblr site to interact with fans and engage new audiences. The transmedia story started by introducing a splash page with a new, original logo, identifying Capitol Couture as a distinctive brand. Visual cues accompanying the logo encouraged users to engage with the hidden gesture-unlock animation. Solving the code led users to our teaser site, where we revealed the in-world Capitol Portraits one by one over a week's time. By utilizing individual countdown clocks we were able to create precise events, drive traffic to the site and increasing anticipation with every image. When the site was finally revealed, a unique cover accompanied each new issue of Capitol Couture, strategically breaking the campaign into 3 event-based launches. This allowed us to explore available technology, like Canvas and Web GL's multi-touch capabilities. Individual issues contained several categories of content, including Fashion, Culture, How-to’s, etc., all presented in the Capitol voice. The Citizen Activity section encouraged an even deeper level of user participation by showcasing fans’ artwork, digital creations, at-home Capitol fashion looks, and more. The full HTML 5 site is filled with extensive original content, copy, and illustrations, all exclusively created by Watson/DG and Lionsgate. A deep understanding of Tumblr as a social platform contributed momentously while combining this original material with both existing and user-generated content. Our strategy to have designated days for certain content types helped create expectations and appointment viewing, which in turn amplified viewing statistics. The construction of Capitol Couture was accomplished by creating a custom Tumblr API, integrating the performance and organization of a social tagging system into a completely unique, instinctually navigable user experience. Cross-platform exposure increased the average number of site visits exponentially, utilizing Twitter (in-world, fake accounts to drive editorial) and Instagram as channels for distributing content and directing traffic back to the Tumblr site. Over the course of the campaign, we have developed and maintained a constant style guide, setting the visual tone for Capitol Couture ventures extending beyond digital mediums, such as Trish Summerville’s Net-a-Porter clothing line and Covergirl’s Capitol Collection of makeup. The complete look and feel has become its own entity, allowing Capitol Couture to stand on its own as a real-life brand. Watson Design Group is a small, tight knit group of passionate designers, developers, producers, and writers whose combined talents created one of the lengthiest and heaviest content driven theatrical campaigns of 2013. The movie itself, Catching Fire, became the #1 movie in the world, breaking multiple records. When you look at Capitol Couture, you look twice. Is this a fashion magazine? Is this a fan site? Is that Karl Lagerfield standing next to Effie Trinket in the Capitol? It's an intriguing, well-told narrative combining Catching Fire plot with real-world events, editorialized in a seamlessly organic way that allows users to straddle real-world and fictitious Capitol life. WDG kept users informed on the ever-revolutionizing fashion world through supplemented content in a spectrum of mediums such as: illustrated beauty guides, sit-down interviews with designers from the movie, special photoshoots with Capitol Icons (Dita von Teese and Patti Smith), and a never-ending supply of exciting new trends around the globe entitled ‘Capitol Looks’. Covering events like the Cannes Film Festival, The Victory Tour, New York Fashion Week, and the red carpet at President Snow's mansion in real time gave fans insight into new visuals from the film, gaining the support needed to make Capitol Couture a respected brand in a tough-to-crack industry. By building on the Tumblr platform, WDG was able to engage users on multiple levels -- those who were strictly consuming content through their Tumblr Dashboard, and those who came to the destination site for a conclusive story and interactive experience. Each issue of Capitol Couture was accompanied by an interactive cover utilizing multi-touch capabilities made possible by Canvas and Web GL. The resulting fascination is not only in the campaign itself, but the team who brought it to you. Rolling just 10 people deep, Watson Design Group pulled out all the stops to give the biggest movie of the year continuous and purposeful momentum in a 9 month long campaign, with original copy and content coupled with impeccable design and strategy. It's true-- when given the opportunity to creatively expand a movie narrative in a digitally driven campaign, Watson is the go-to group to create the immersive experience users are seeking. Because at its core, Watson is a group of storytellers expressing their tales the best way know they know how -- visually, inclusively, and beautifully. 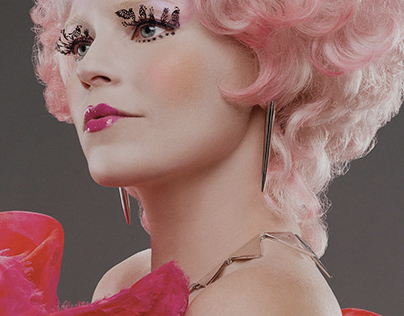