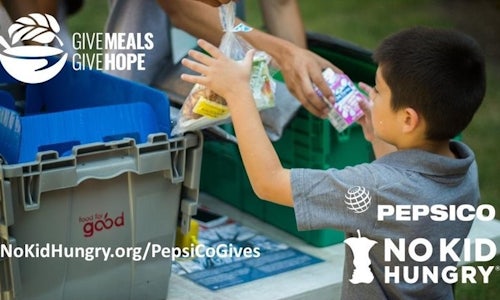 Since the outbreak of the coronavirus pandemic first drove school closures across the country, kids who rely on school for food have missed more than 1 billion meals to date. Despite nationwide efforts to help feed children during this emergency, substantial hurdles remain – such as the increased demand for rapid supply of nutritious food and beverages, low awareness of meal availability and distribution barriers to bring meals “the last mile” to children and families. Put simply, the health crisis only exacerbated the widespread challenges children face in getting regular access to nutritionally balanced food.

As a leader in the foodservice industry and a food and beverage partner to more than 2,200 school districts nationwide, PepsiCo and The PepsiCo Foundation quickly stepped up to mobilize all available resources to help the food-insecure youth of America. We turned our attention to No Kid Hungry, a national nonprofit working tirelessly to ensure all kids get three meals a day, to determine how we could help contribute to their cause.

Once we learned more about the effective mechanisms and network No Kid Hungry had in place, we set the goal of supporting No Kid Hungry’s efforts through an awareness and fundraising campaign to address the issue of food insecurity in America, particularly in relation to closed schools.

To achieve our objective, PepsiCo enlisted its partners to take immediate action, leveraging all assets to help get the word out.

STEP I: Making the Pledge

On April 13, PepsiCo and the PepsiCo Foundation joined forces to pledge $1 million to support No Kid Hungry in the fight against childhood hunger. To double the support, PepsiCo encouraged consumers to match $1 million in donations made at www.NoKidHungry.org/PepsiCoGives from April 13-April 30, 2020. The initiative, dubbed Give Meals Give Hope, represents one part of PepsiCo’s more than $50 million effort to distribute 50 million meals globally amid the health crisis.

Through our portfolio of brands, PepsiCo has fostered strong ties to the professional sports community – and whether performing on the court, the half pipe or the football field, our roster of athletes stands at the top of the game and influences millions of fans through social media. In just a few days, we leveraged these relationships to spread awareness of our campaign to fight childhood hunger, teaming up with 23 all-star athletes representing 20 cities across five sports (football, basketball, baseball skateboarding, snowboarding). The heavy-hitting squad, including New York Giants running back Saquon Barkley, New York Yankees outfielder Aaron Judge, and WNBA All-Star A’ja Wilson, posted #GiveMealsGiveHope across Twitter and/or Instagram to drive their followers to donate to No Kid Hungry and meet PepsiCo’s pledge. Many took things a step further by recording personal videos to drive wider campaign awareness.

In tandem, we conducted national and targeted media outreach tied to the athletes’ teams and hometowns, which generated strong media interest and imbued our campaign content with a high level of authenticity. National outreach targeted business, marketing/advertising, food/beverage, lifestyle and sports media verticals. The media coverage provided more real estate for PepsiCo to reinforce the urgency of the issue and share how people can get involved in the cause.

To increase our impact, the PepsiCo Foodservice team also donated food and beverage products and engaged our portfolio of healthier brands to promote the campaign – specifically Quaker, Tropicana, Smartfood, Sun Chips and Rold Gold, which are regularly served in schools. The various brands helped to amplify the cause on social and drive increased awareness of the campaign. We also turned to PepsiCo leadership, including Global Foodservice President Anne Fink, to post about #GiveMealsGiveHope on external and internal channels to spread word to customers, consumers and employees.

In less than three weeks, PepsiCo and our athlete partners helped spur $3.3 million in donations to No Kid Hungry, exceeding the campaign goal by 130% and delivering on our promise to help fight child hunger during the health crisis. 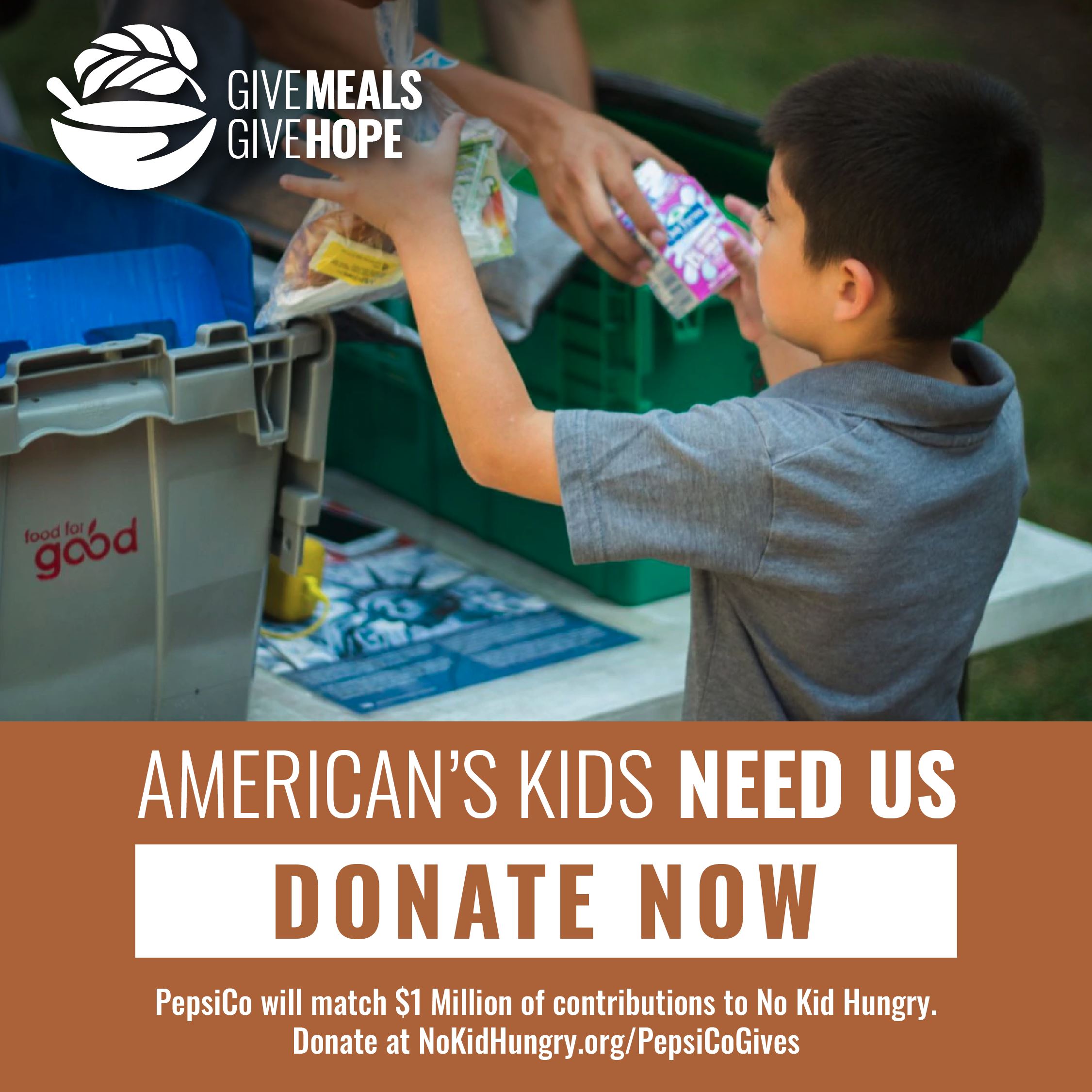 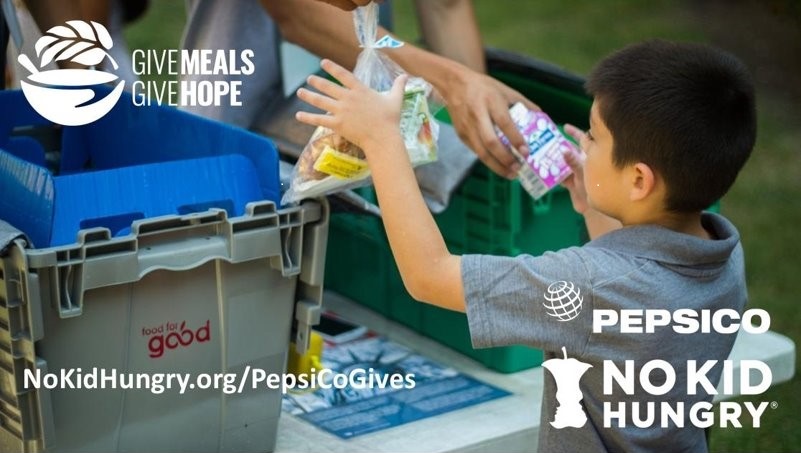