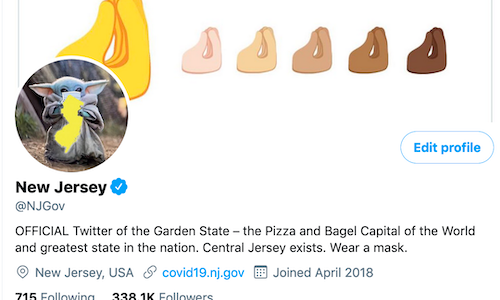 New Jersey had been lacking a central social media presence until Governor Murphy entered office in 2018, and we launched new Governor, First Lady, and State of New Jersey accounts across different mediums. The State of New Jersey Twitter account uses humor – focused on Jersey attitude, character, and pop culture – to engage, educate, inform, and create community. During the COVID-19 crisis in the state, it has served as a central distribution point for information and statistics on the virus, and has supported the Governor and Agencies. Specific campaigns have included a Jersey pop-culture series, New Jersey Mayors and Jersey celebrity videos, days-of-the-week, and countless memes and viral content. The account has also supported the Black Lives Matter movement in a variety of ways, including voicing clear, bold support and sharing user-generated content

The State of New Jersey account is lean, mean, and spontaneous. It is run by the Digital Director and Digital Assistant in the New Jersey Governor’s office, one of many accounts and tasks that this team has. The Digital Director produces the videos and graphics herself - so this is truly a self contained organism. Like New Jersey’s state reptile, the bog turtle, this team is small yet mighty.

The strategy is spontaneity and adaptability. Creativity is empowered. Everything is done organically and “by hand.”

Over the past year, the account has gained over 300,000 new followers, had millions of engagements, and been featured in the The New York Times, The New Yorker, Rolling Stone, CNN, Fox News, NBC, The New York Post, Adweek, PR Week, The Bergen Record, The Star Ledger, and many other outlets. The State of New Jersey Twitter account has blazed a new path forward for not only New Jersey’s agencies, but for municipal and government accounts throughout the country and the world. Creating engaging government content supports an educated and informed constituency. 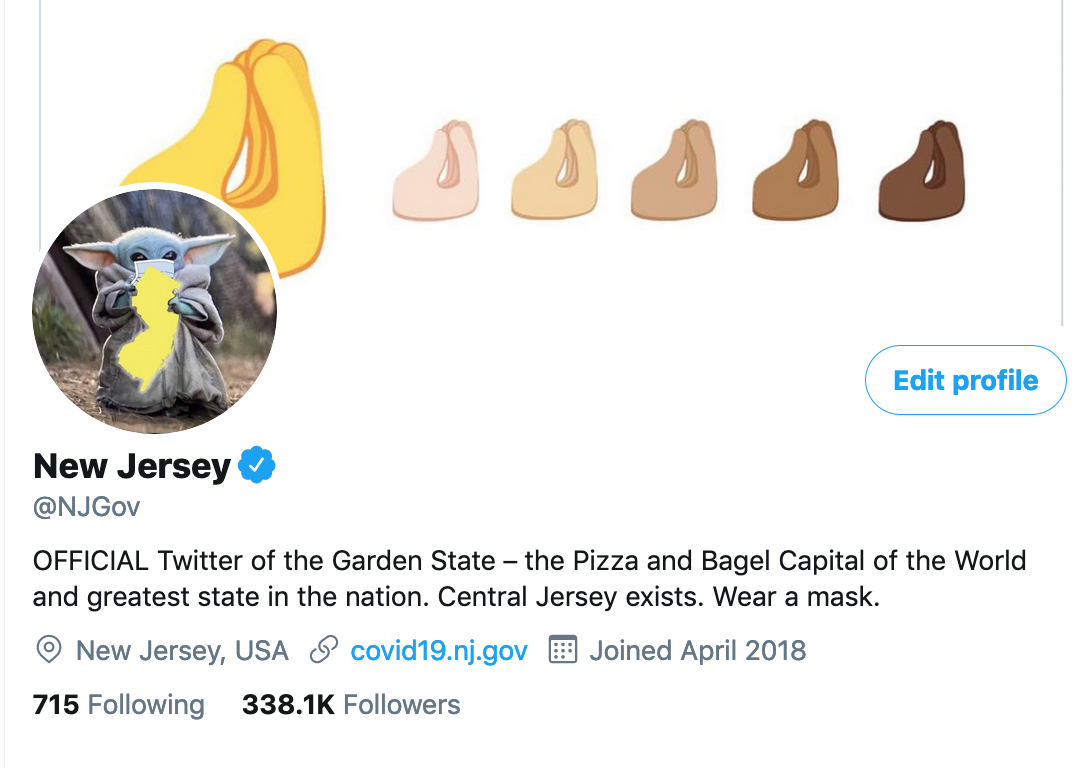 The State of New Jersey