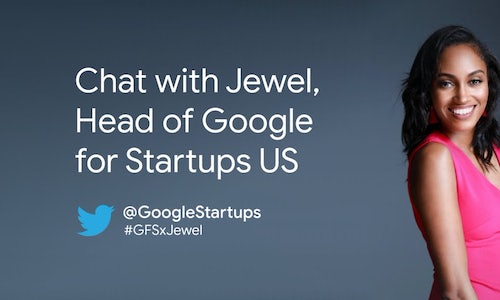 Google for Startups’ mission is to celebrate and lift up the voices of underrepresented founders. In February 2020, Google for Startups’ annual campaign in support of Black History Month (BHM) continued this mission with a particular focus on the founder community in Atlanta, Georgia.

Why Atlanta? It’s the number one city for Black prosperity and the fourth-largest tech hub in the U.S. And today’s startup scene is the latest iteration of a long legacy of Black entrepreneurship.

Google for Startups objectives for BHM 2020 were to show the depth and breadth of Google’s commitment to Black founders, shine a spotlight on its diverse partners, and effectively communicate how the history of Black communities - in Atlanta and around the country - have laid the foundation for the founders in the Google for Startups community today. From a video celebrating the history and future of entrepreneurship in Atlanta, to a content series of past-and-present “founder pairs” drawing parallels between their work of the past with today, Google for Startups’ social channels had a robust content strategy to celebrate and empower Black entrepreneurs.

Google for Startups hosted a Twitter Chat to celebrate this significant moment in time, using the platform to convene and facilitate conversation around the past, present and future of Black entrepreneurship in Atlanta and beyond. Through sharing inspiring stories and experiences from a range of founder voices, the brand aimed to equip Black founders across the Google for Startups community with actionable tips to implement into their business strategies.

To ensure the Google for Startups brand showed up authentically as a facilitator of the conversation, it was crucial to identify the right voice within the network to lead this important discussion. Enter Jewel Burks Solomon, who opted out of staying in Silicon Valley, where she started her career, to found her Atlanta-based startup Partpic. Since it was acquired in 2016, she’s grown roots in the city’s tech and business communities and devoted her time to mentor Black founders and advocate for representation and access in the technology industry. At this time, she was stepping into her new role as head of Google for Startups U.S. to lead its continued support of Black founders in Atlanta and beyond. Given her knowledge of the Black founder community inside and out and her ongoing support, Jewel was a natural fit.

Knowing there was much to address that would be valuable for founders to hear directly from Jewel during our 60-minute Twitter Chat, a detailed run of show was developed to lock down the specific prompts to drive the conversation.

Planned topics ranged from the evolution of Black entrepreneurship in significant U.S. cities like Atlanta, inspirational Black entrepreneurs throughout history, and how the startup industry can facilitate better representation and equal opportunities for Black founders.

Leading up to the conversation on February 18, Google for Startups posted an announcement via Twitter to share the news about the upcoming Live Chat with Jewel, followed by a reminder post to tune in on the day-of the event. The Q&A took place in a thread format, with the Google for Startups Twitter account (@GoogleStartups) acting as a facilitator, prompting Jewel (@jewelmelanie) and other confirmed participants to answer specific questions via their personal channels. While some questions were outlined in advance, those following along were encouraged to chime in with questions and advice of their own throughout the hour using the hashtag #GFSxJewel.

During the Live Twitter chat, Jewel and participants covered topics around community building, diversity and inclusion in the startup scene, advice for Black founders, and the overall significance of Black History Month. Beyond acting as a facilitator, Google for Startups retweeted and engaged with participants in real-time as they joined in to ask questions and share their positive reactions to the conversation and takeaways throughout the hour.

For judges’ eyes and internal use only 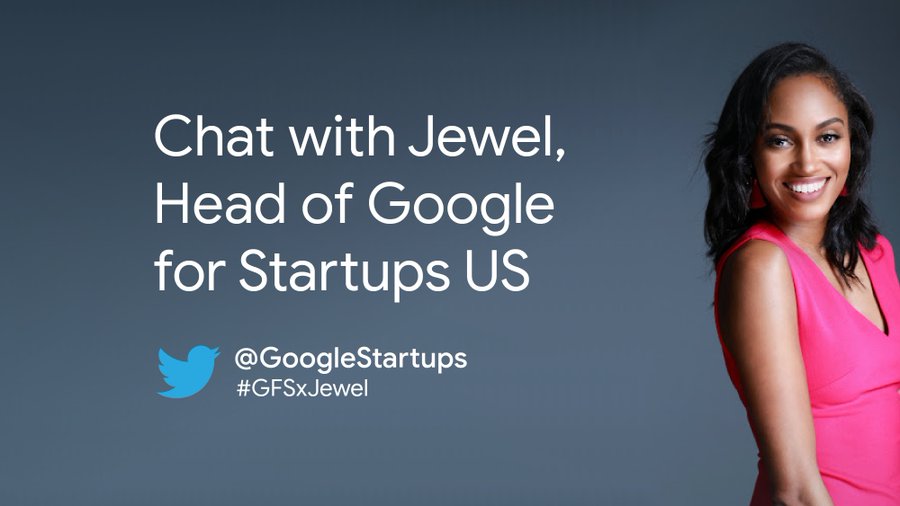