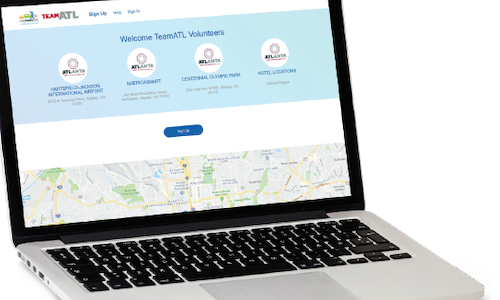 In 2019, the Super Bowl LIII brought over one million visitors to Atlanta, driving $185 million in economic impact and serving as an opportunity for Georgia Commute Options (GCO) and metro Atlanta’s Transportation Management Association partners to deepen the reach and influence of transportation demand management (TDM) in the Atlanta region. The disruption to the Atlanta’s already tenuous traffic challenges and patterns that would result from required road closures for safety and security, staging and event space, accompanied by the arrival of thousands of visitors offered a prime moment for GCO to deploy travel behavior change strategies to influence alternative travel modes around the city. In response, GCO launched several TDM strategies, including:

GCO kicked off the week at its Telework Summit, hosted at the Mercedes-Benz North American Headquarters. Attendees heard from industry leaders on telework best practices and from GCO experts on how they could successfully implement a situational telework plan for events like the Super Bowl. GCO set the stage for telework to be the main alternative for helping to reduce congestion during the week of Super Bowl and continued targeted employer outreach with a specific message offering to assist with establishing, expanding and/or formalizing programs through free telework and flexwork consulting services. GCO’s strategy for promoting telework became multi-pronged, with the factor of timing as a key consideration.

In 2019, during the week leading up to Super Bowl Sunday, GCO implemented Try Transit - Super Bowl LIII Edition, aimed at predominantly drive-alone commuters in dense employment areas accessible by transit. As part of the promotion, MARTA transit passes pre-loaded with ten free trips were allocated and distributed by Transportation Management Associations (TMAs) around the metro Atlanta area. Midtown Alliance, the TMA serving the Midtown area, saw more than 1,700 commuters register for the initiative and complete the regional survey in hopes of qualifying for a transit pass. Ultimately, Midtown Alliance distributed over 830 transit passes, 630 of them for Marta. 375 customized route plans were given to Midtown commuters. Central Atlanta Progress, the TMA serving the Downtown area, recruited 400 registrants and issued 130 transit passes.

As a second segment of Try Transit - Super Bowl LIII Edition, GCO worked with TeamATL (Atlanta’s Super Bowl Volunteer organizing committee) to supply 425 volunteer captains with 10-trip MARTA passes to help them reach their designated volunteer locations on the day of the big game. GCO also conducted a post-survey with volunteers that found 80% of participants intend to use transit in the future to commute to and from work, with 29% stating they would use it three or more days a week and 40% stating they are willing to ride transit one to two days per week.

Lastly, GCO built a custom trip planning app where Super Bowl volunteers could plan their trip to their volunteer site via transit or even find another volunteer with whom they could carpool. GCO participated in training sessions held by the Super Bowl Host Committee, allowing GCO to inform nearly 9,000 volunteers about its custom trip planning tool and the incentive programs GCO offers to help them make the switch for good. In addition, it allowed GCO visibility to executives and leaders at some of Atlanta’s most respected companies like Delta Air Lines, Chick-fil-A and The Home Depot.

The results of our TDM focused efforts were successful and recognized by community and business leaders, citizens and visitors. Both Atlanta natives and visitors felt the results of GCO’s strategic efforts, noting that the Mayor of Atlanta, Keisha Lance Bottoms, quoted, “Thank you; Atlanta! From our employees to our volunteers and residents, I am so very proud of ALL of US. We have once again shown the world that we are a wonderfully diverse city, full of great people and attractions.” The expanded service hours off transit and the additional staffing at stations to assist visitors and first-time users alike was a key component in helping to ensure widespread use of transit as a viable option. Social media campaigns and media stories were crafted to push alternatives to the forefront – take transit, carpool, telework - do your part to help make the region shine during the spotlight of Super Bowl LIII.

In addition to the grassroot, community efforts outlined above, GCO also leveraged Facebook, Instagram, Twitter and LinkedIn to drive followers to their website with resources for participation. During the month of January, GCO’s support of volunteers and push for teleworking was highlighted on WSB-TV, Northside Neighbor, Curbed Atlanta, AJC.com and WSB Radio. During the month of January 2019, GCO received: 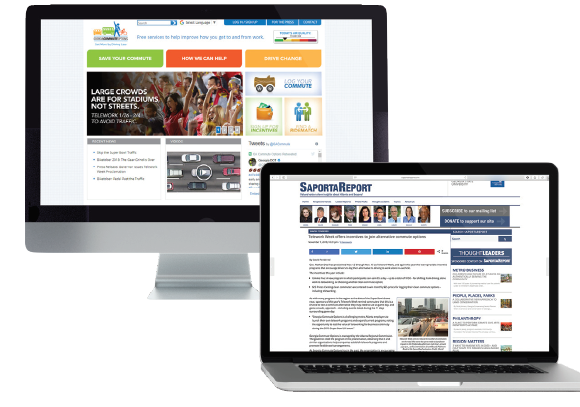 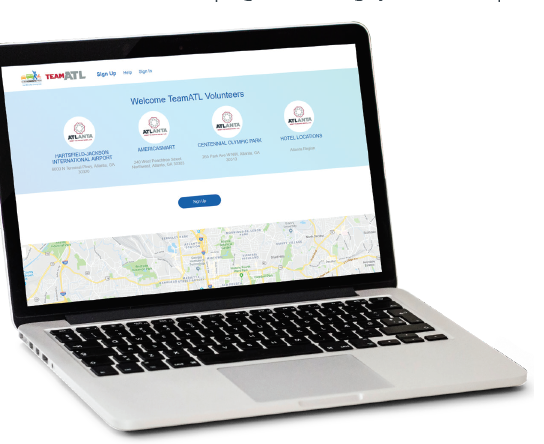