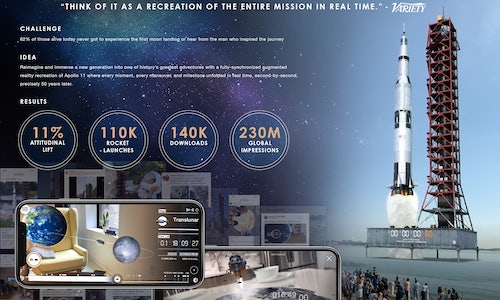 2019 marked the 50th anniversary of the greatest technological feat of the 20th century—the Apollo 11 Mission. But before mankind took this giant leap, one man inspired a generation to make the jump.

This speech would go on to become one of the most quoted and celebrated speeches of all time, and JFK’s “Moonshot” would become synonymous with the idea of challenging the impossible.

To celebrate the 50th Anniversary of the Apollo 11 Mission, the JFK Presidential Library and Museum wanted to introduce today’s generation to President Kennedy’s bold vision for the space program and this pivotal moment in history. After all, 62% of those alive today didn’t get a chance to experience the original moon landing.

Our strategy was to immerse a new generation into one of history’s greatest adventures by reimagining it for today. JFK Moonshot was a fully-synchronized augmented reality recreation of Apollo 11 where every moment, maneuver, and milestone unfolded in real time, second-by-second, precisely 50 years later.

Users could take a deeper dive into President Kennedy’s vison for the mission with interactive AR games, archival NASA footage and educational multimedia experiences that allowed them to:

To heighten the experience and truly immerse Generation Z even further, we held a launch party at the John F. Kennedy Presidential Library and Museum where visitors were greeted with one of the largest AR objects ever created—a 363-foot, full-scale replica of the Saturn V rocket.

To extend the reach of the event, we livestreamed the AR launch and entire mission on the popular gaming platform, Twitch. We then leveraged some of Twitch’s most popular streamers, Dr. Lupo, DazValdez and Seum to provide a “play through” of the action—a modern version of Walter Cronkite’s commentary 50 years ago.

And at precisely 9:32 AM on July 16th, the Saturn V rocket launched once again. Only this time, instead of watching it with binoculars and Super 8 cameras, thousands used their mobile phones and tablets to witness history in the making. And for those around the world not in attendance at the Library, JFK Moonshot allowed kids of all ages to launch their own virtual rockets anywhere and share it on social media.

For the next four days, users of the app could track the mission in augmented reality as events unfolded. We continued streaming the mission on Twitch non-stop where streamer

BonsaiBaby re-enacted and simulcasted moments from the mission. Educational prompts would pop up throughout this tracking sequence for over 100 hours of rare, archival JFK and NASA footage. Viewers could even practice their own moon landings with interactive AR games that simulated actual NASA astronaut tests while also testing their JFK knowledge. 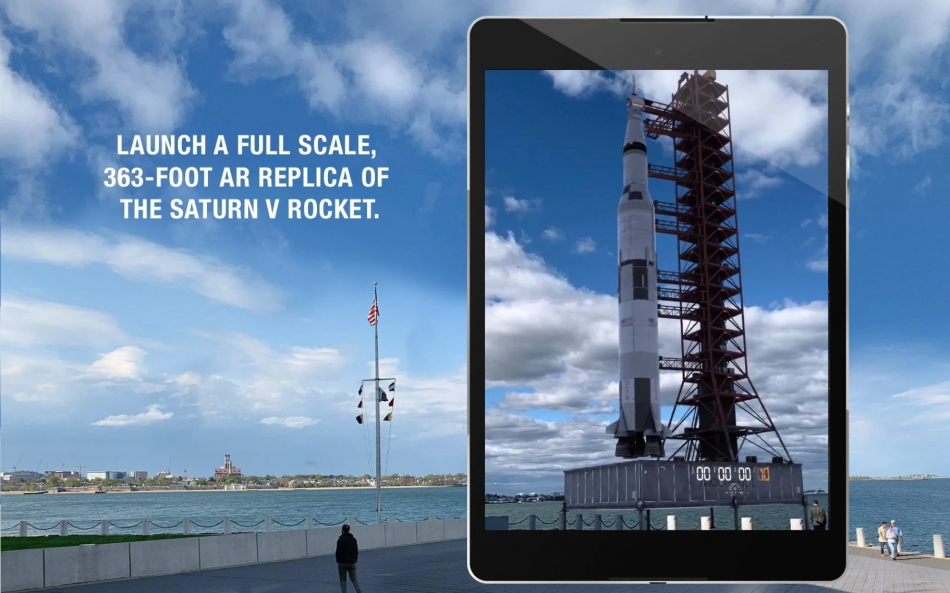 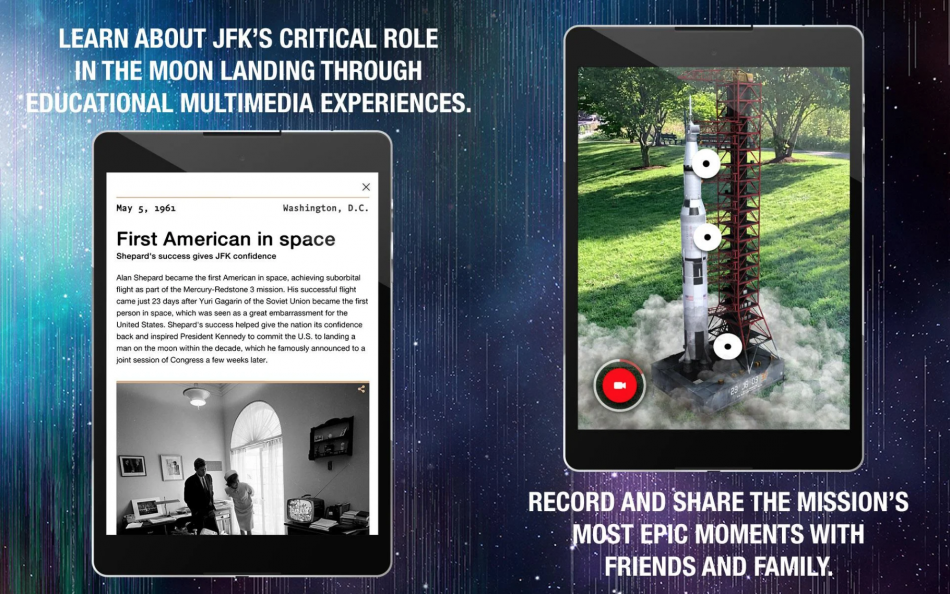 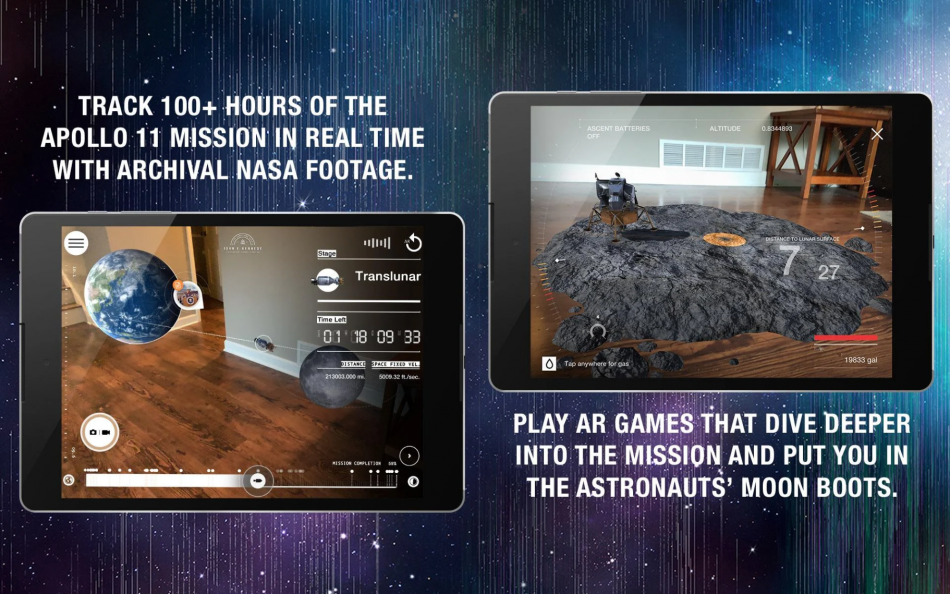 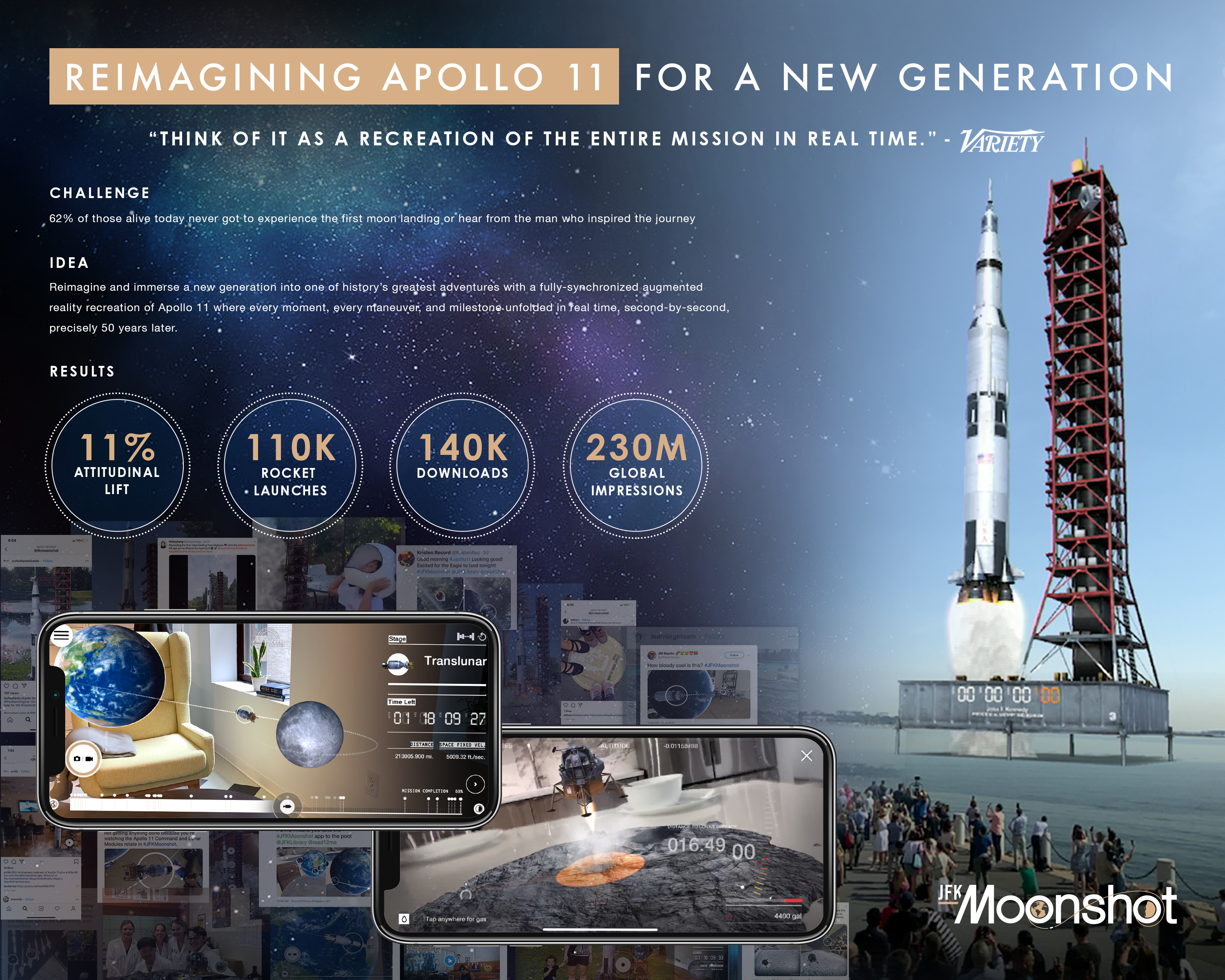