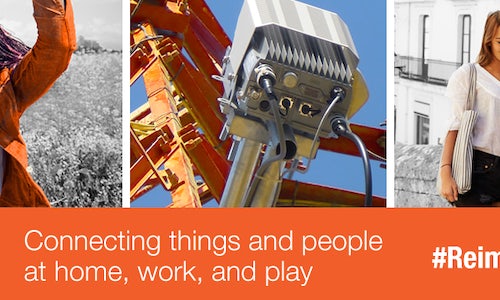 Mobile World Congress is the largest technology trade show in the world with thousands of people competing for visibility and leads. This year's MWC brought over 100K attendees and represented over 200 countries. For our presence at MWC, Parallel Wireless designed an inclusive nine-week promotional plan spanning from 1/1/18 to 3/2/18. The nine-week program was designed to target our niche audience that is telecom operators.

The objective: to inform our audience of our presence at the show, encourage them to see our demos, and schedule a meeting. By promoting our intensive nine-week social media plan through Facebook, Twitter, and LinkedIn, we were able to generate over 500K impressions.To promote our solution's innovation, each week represented a different theme of our solution, which although successful, was a challenge since it required the creation and execution of nine 'mini plans' that made up the plan. Each post utilized images and videos to capture audience attention and increase engagements. This strategy worked well since engagements increased by 21% and impressions by 10%! This plan also incorporated several other aspects including press releases, news articles, customer outreach, email campaigns, and content marketing – all of which was boosted by social media promotions. The four PR announcements helped us generate 400 million views, which as a result generated tremendous foot traffic at the booth. By using these social media platforms to spread brand awareness, we ensured that our global target audience knew of our presence and what we were displaying at the event.

Global companies each year spend millions of dollars in hopes of gaining visibility and revenue opportunities at the largest technology trade show in the world known as Mobile World Congress (MWC). With the goal to attract our niche audience that is telecom operators, Parallel Wireless designed an comprehensive and cost-effective nine-week social media plan spanning from January 1, 2018 to March 2, 2018.

By promoting our intensive nine-week social media plan through Facebook, Twitter, and LinkedIn, we were able to generate over 500K impressions with a low spending budget of $1.84 (CPC).

We utilized MWC event hashtag on Twitter for two reasons, to reach mobile operators and analyst and to build brand awareness at the event. Our very own #ConnectTheUnconnected hashtag was also used to increase our brand awareness as leaders in rural deployments.

For Facebook, we utilized video as a form to reach our audience. We ran a paid video campaign on Facebook that reached over 35K people. To increase engagement, we ran a contest on Facebook for followers to win a free MWC Exhibitor badge, which typically costs around $2,500. The campaign reached over 10K users and our winner got the opportunity to attend the largest technology trade show in the world.

As for LinkedIn, we made sure to tag our team members in posts to increase visibility. This played a critical role in reaching our global audience because our team members work in various parts of the world. To inform customers of our presence at MWC, we used the event hashtag on LinkedIn. This enabled attendees to find us quicker while also informing them on our versatile solutions. The nine-week social media plan for LinkedIn helped us generate over 900 new followers.

By devising a strategic approach such as this, we were able to generate heavy traffic at our booths while conducting over 300 demo presentations, many of which led to trials and contracts.

The nine-week plan performed extremely well on LinkedIn. We were able to reach over 150K users and generated a high 900 new followers.

Twitter performed well, with a total of 181,064 impressions. The content we shared on our plan encouraged our audience to like and retweet and as a result our engagement increased by 43.7%.

The plan exceeded our expectations and most importantly helped us generate new leads. During the four-day event we scanned over 400 booth visitors and conducted over 300 demos. Our objectives to inform our audience, encourage them to see our demos, and schedule a meeting were all accomplished.

Video for Parallel Wireless connecting things and people at home, work, school, play and in emergencies.