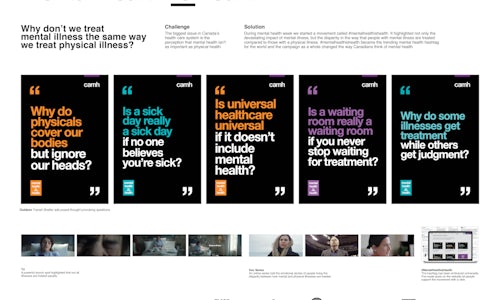 Four out of five Canadians do not believe that mental health is as important as physical health, despite the fact than half of all Canadians will experience a mental illness in any given year, devastating lives and costing the country billions of dollars each year.

In order to begin a cultural shift in how Canadians perceive mental health, the Centre for Addiction and Mental Health (CAMH) launched a powerful new brand platform and ground-breaking campaign that targeted millennials with a powerful and compelling message to inspire change in the way we fund, treat and view mental illness.

We needed to start a cultural change in how mental illness is perceived, funded and treated in Canada.

To highlight this, we built a campaign around the new CAMH brand platform – mental health is health.

We decided that our campaign would highlight the disparity in how mental health is perceived, funded and treated to show that change is needed – and needed now. Poor mental health affects all of Canada – 50% of Canadians experience mental illness in any given year.

Our new brand platform “Mental Health Is Health” confronted injustices head-on by questioning why society treats mental health and physical health so differently, highlighting that there should be no difference in the perception, recognition and treatment of mental illness.

Provocative billboards, transit shelter posters and social media posts posed pointed questions, such as, “Why do some illnesses get treatment but others get judgment?” These were complemented with simple executions declaring that “Mental health is health” to establish the legitimacy of mental illness.

A branded content series featured real stories of Canadians who experienced the gap between society’s views of physical illness and mental illness. One woman shares the story of receiving less support for her mental illness than for three bouts with cancer, while retired NHL goaltender Corey Hirsch opens up about his debilitating struggles during his NHL career.

A television/social media execution confronted assumptions by depicting intense physical symptoms that are, in fact, caused by mental illness.

A core campaign element was the #MentalHealthIsHealth hashtag. It has focused attention around the cause and encouraged the spread of the conversation online.

The hashtag #MentalHealthIsHealth is still garnering stories across Canada and has exceeded all expectations, with over 11,000 hashtag uses, we generated over 30 million earned impressions.

Video for Mental Health is Health 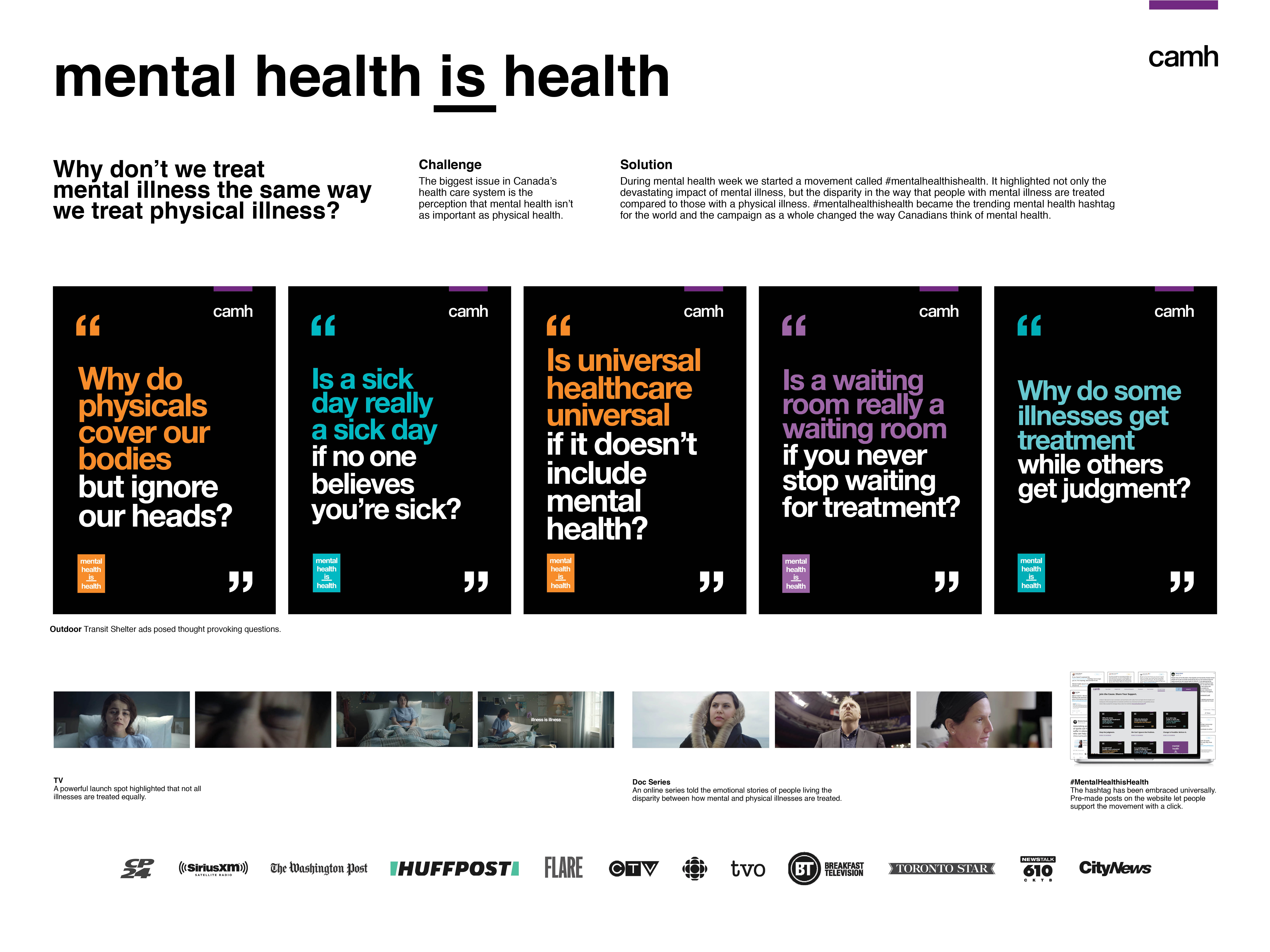