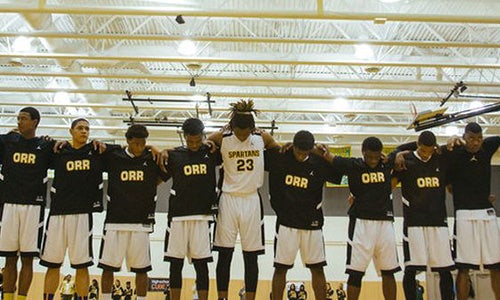 In February 2018, FOX Sports forged partnerships with the nonprofits Good Sports and Picture Motion to amplify the social impact of its documentary "Shot in the Dark," a feature-length film executive produced by Dwyane Wade and Chance the Rapper that tells the story of a high school basketball team in Chicago and their struggles against poverty, gun violence, and inequality.

The film premiered on February 24, and the company subsequently sought partnerships that would help accomplish the following goals:

2. Support the Chicago sports programs showcased in the documentary and secure their continued existence

3. Provide more chances for young people, educators, and community leaders to see the film and hear its message

4. Engage students about the social issues they face in their communities

5. Reinforce the value that sports provide to the lives of young men and women across the country

Parent company 21st Century Fox helped launch a campaign through which supporters could donate sports equipment to Chicago youth sports programs. The company matched all donations made through Good Sports dollar-for-dollar up to $25,000.

"Short in the Dark" premiered on FOX Sports as part of the company's newly launched MAGNIFY documentary series, which leverages sports as a lens for examining important cultural stories. The films' explorations of athletes' on and off-the-field journeys connect to the challenges, change and unity that sports can bring to communities.

21CF and FOX Sports designed the strategy for the initiative so that it would reflect the many relevant social issues "Shot in the Dark" explores—for example, the documentary:

1. Illustrates the role that youth sports programs play in enriching the lives of young people who face systemic inequities that threaten to claim their futures;

2. Portrays the enormous impact that positive role models like Coach Lou Adams can have on the lives of young athletes;

3. Demonstrates the tragic effects of gun violence, as one of the team's star players Tyquone Greer is shot mid-way through the film.

With these themes in mind, 21CF and FOX Sports set the following strategy:

1. Launch an online campaign that allows the documentary's viewers to directly support the Chicago youth sports programs portrayed in the film;

2. Reach new audiences by hosting screening events around the country;

3. Help communities discuss the social issues such as poverty and gun violence that the documentary explores;

Following the documentary's February premiere, FOX Sports partnered with the organization Good Sports, which provides new equipment, apparel and footwear to struggling youth sports programs in all 50 states. The company launched a campaign through which supporters could use Good Sports' Equip-A-Kid tool to personally select which equipment or apparel items they wanted to donate to Chicago programs. The campaign had a dedicated landing page on the Good Sports website, and 21CF matched all donations made through this portal dollar-for-dollar up to $25,000 through August 24, 2018.

21CF and FOX Sports also partnered with Picture Motion, a nonprofit dedicating to working with the entertainment industry to raise awareness and drive activism. Together, the organizations screened "Shot in the Dark" in nearly 60 schools across the country, and educators and community leaders have used the screenings to not only reflect on the role that schools, coaches, and sports play in young athletes lives, but also to discuss how issues like poverty and gun violence affect their communities. At the screening events in Los Angeles and Detroit, Good Sports presented local schools with $20,000 each in donated sports equipment.

"Shot in the Dark" was the second film in FOX Sports' MAGNIFY documentary series, which broadly aims to tell stories that create dialogue and affect change in the communities where they are told.

"This is such a wonderful opportunity for the kids we serve," said Christy Keswick, Good Sports Chief Operating Officer. "Chicago is a key market for Good Sports and we are thrilled to be able to address the high need in the area through this new partnership. The match has been instrumental in getting a significant number of Chicago kids in the game."

As a result of these donations, the sites have been able to increase the total amount of kids that are active within their programs, enhance their ability to maintain the athletes they currently serve, lower participation fees, and potentially launch new programs.

In addition, the partnership with Picture Motion resulted in "Shot in the Dark" screenings at nearly 60 schools across the country, reaching thousands of young people with the film's message of hope and triumph over adversity through athletics, mentorship, and community. 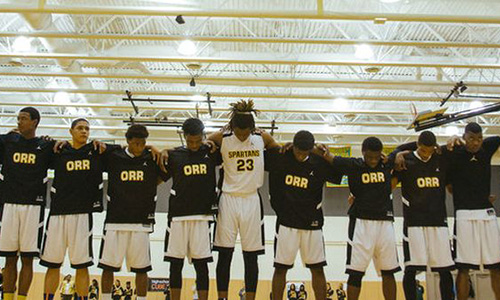