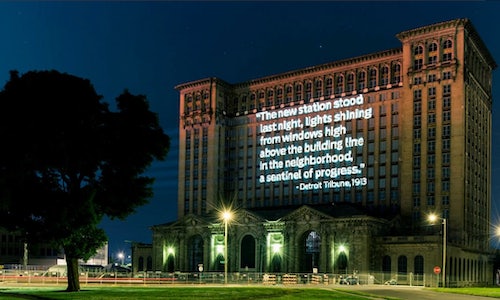 For over a century, Ford Motor Company has been synonymous with the city of Detroit and has long prided itself on its involvement within the local community. It's next endeavor? To bring new life to the depreciating Michigan Central Station (MCS), a venue that has been vacant for several decades, to develop an innovative campus that will benefit the city of Detroit and beyond. Through utilizing a digital-first storytelling approach, Ford leveraged its iconic heritage along with the cultural significance of the landmark to pay tribute to the past while ushering in a new era of innovation for the local community. By capitalizing on this milestone, the campaign sought to generate excitement as well as increase the brand's reach and social media engagement among consumers, industry stakeholders and local influencers.

The #ForDetroit ( #FORDetroit) campaign aimed to encompass Ford's investment in the city of Detroit through its promise to revitalize the iconic Michigan Central Station and Corktown neighborhood, driving the future of the local community, automotive industry and beyond. The news of two historic entities coming together as one was officially announced on June 19th, 2018 at a grand unveiling event hosted by Ford. To tell this story, Ford implemented a variety of tactics across Twitter, Instagram, Snapchat and LinkedIn aimed to appeal to the specific audiences of each channel. Ford provided media with socially-digestible assets and secured national influencers, like Detroit-native Big Sean, and local lifestyle influencers to help capture user generated content and further drive earned media coverage across digital channels.

Ford's purchase of the building began to spread among consumers and media before the brand officially announced the news. To build anticipation during the week leading up to the grand unveiling, Ford projected notable quotes throughout Detroit's history on the building each evening. Photos of the display were then published on Twitter, teasing the upcoming news to further drive social media buzz and anticipation surrounding the #ForDetroit campaign. Additionally, a socially-digestible documentary surrounding the announcement was published on Twitter, along with executive quotes captured live from the unveiling event.

To uncover a historical moment in a modern environment, Ford released a temporary, local Snapchat filter for the week of the announcement which was made available to all users in the Corktown neighborhood.

To showcase the larger vision and impact of Ford's plans for Corktown, leveraged LinkedIn to further engage with current and future employees, as well as the business community. Ford Executive Chairman, Bill Ford authored an article that highlighted Ford's vision for Corktown and the larger opportunities that Ford's investment will bring, not only for the larger resurgence of the Corktown neighborhood but all of Southeast Michigan, including economic growth, attracting world-class talent and leading the development for the next generation of the automotive industry. Additionally, the brand amplified earned media coverage on the platform to tell multiple storylines and give employees another platform to share the news.

Ford engaged local lifestyle influencers by providing them with exclusive access to the MCS venue prior to the grand unveiling to help further generate social buzz and user generated content across Instagram and Twitter. Additionally, Ford broadcasted its first live event to all of its offices including manufacturing facilities for the first time in over a decade, reaching more than 80,000 employees across the U.S.

The #ForDetroit campaign reached over 541M individuals as a result of 21K social mentions generated from June 11th-July 3rd:

The branded hashtag was used in over 3K social posts and became a trending Twitter topic locally on the day of the MCS unveiling and the days following. Additionally, Ford's 50-second social documentary exceeded the brand's average engagement rate by nearly 78% (ER of 0.43% verses ER of 0.76%).

The "Love Letter #ForDetroit" Instagram Stories series received an average completion rate of 96% and generated 6.5M social impressions, indicating the series resonated well with the brand's Instagram followers. The #ForDetroit hashtag continues to be used on Instagram as people post shots of MCS.

Content published by local influencers accounted for over 514.5K social impressions. The internal live stream of the event was Ford's most highly streamed event, having receiving more than 20K live views. Survey results revealed that 91% of Ford employees have more favorable opinion of the company's vision for the future and a greater appreciation for the company's heritage because of the live stream. 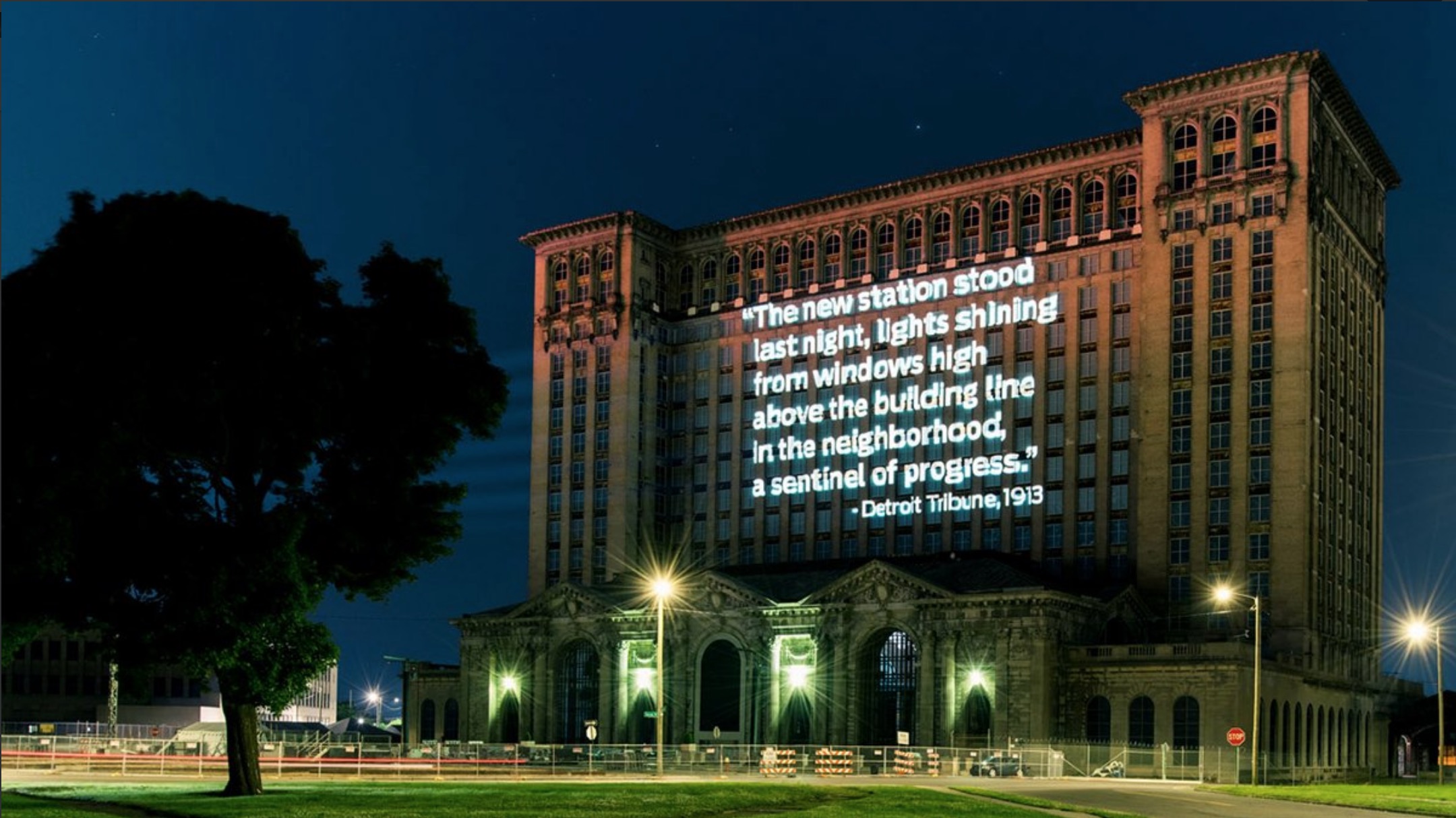 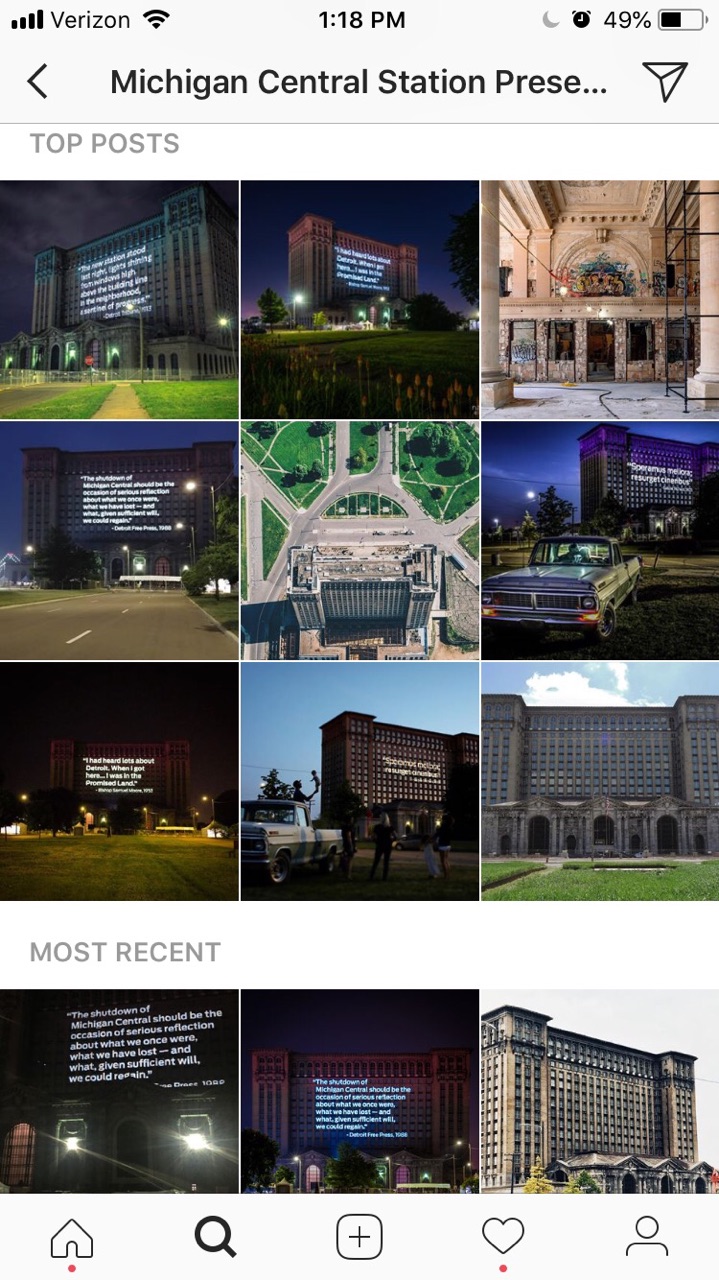 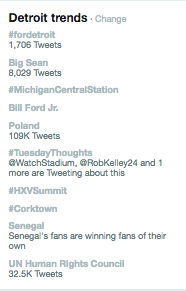