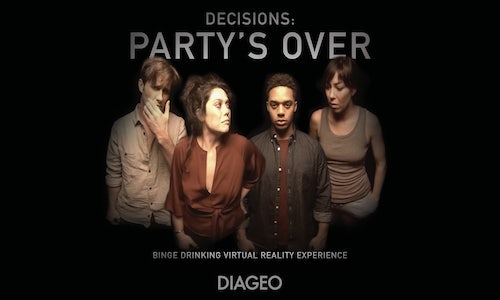 To reinforce Diageo's industry-leading position and commitment alcohol in society – both through social responsibility and responsible drinking – the brand launched "Decisions: Party's Over" with the goal of starting a conversation around the dangers of binge drinking.

Binge drinking continues to be problematic among consumers of alcohol and is associated with a range of potentially life-altering risks such as a loss of inhibition, confused or abnormal thinking, and poor decision-making. According to the Centers for Disease Control, there are approximately 2,200 alcohol poisoning deaths per year – about six per day. Diageo, a global leader in beverage alcohol, is committed to encouraging consumers to drink better, not more, to reduce harmful drinking.

As a company that is continuously looking for new and innovative ways to reach consumers via emerging platforms and technologies, Diageo turned to virtual reality (VR) to create an impactful campaign that brought to life for consumers the sobering realities and dangers associated with binge drinking. VR technology is continuing to grow, and with the number of active VR users in the United States forecasted to reach 49.2 million by 2019, it offered a unique opportunity to bring the realities and dangers associated with binge drinking directly to consumers.

Diageo's VR experience engages consumers in a first-person, 360° immersive story about the dangers of binge drinking. By using this technology, Diageo was able to bring to life tragic binge drinking scenarios in a powerful way that allowed consumers to become personally invested and gain an understanding of the negative effects of alcohol abuse.

"Decisions: Party's Over" allows consumers to interact with the story – toggling between four different points of view – as they experience each of the characters' perspectives. The stories of each character unfold as the viewer steps into their point of view and experiences the party from a first-person perspective, following along with how much alcohol each is consuming at the party as the night goes on. One character (Steph) throws a going away party for another character (Greg) to celebrate his upcoming move. His reckless drinking, however, throughout the evening ends in a fatal case of alcohol poisoning. Another character (Jasmine) is sexually assaulted by a fellow partygoer (Luke) – binge drinking playing a major part in an all-too-common crime. The stories overlap and play out throughout the night as the viewer witnesses the multiple consequences of binge drinking firsthand.

What differentiates this VR film from others is the use of interactive synchronous storylines. Each storyline is perfectly timed so that viewers watching in the Jaunt application on GearVR or Oculus Rift can dynamically switch between character points of view for varying perspectives and consequences throughout the experience. The ability to seamlessly switch between four points of view is a fresh new take on narrative storytelling and required in-depth planning from both the technical and creative perspectives.

To introduce the experience, Diageo hosted a media launch event at VR World in NYC during April's Alcohol Awareness Month, ahead of key consumption occasions such as Cinco de Mayo. Guests were able to participate in a panel session discussing the dangers of binge drinking, and take part in the "Decisions: Party's Over" VR experience while (responsibly) enjoying Diageo specialty cocktails and mocktails. The theme of responsible drinking continued to the end of the evening as all attendees were offered a Lyft code in order to get home safely. To further support the launch, mailers featuring VR Homido glasses and information about the campaign were also seeded to key media outlets.

To date, more than 300 media outlets have covered the campaign, garnering more than 127 million media impressions which were 100 percent positive or neutral in sentiment from outlets such as Shape, Sustainable Brands, Forbes, Marketing Week and The Drum.

"Decisions: Party's Over" is starting to have an impact on consumers' choices about the dangers of binge drinking. In a survey distributed at the launch event, results indicated that attendees were influenced by the experience and more likely to share the content with family or friends to start the conversation around binge drinking. Of the attendees, 65 percent shared that binge drinking had affected them or their family and friends in a personal way; 68 percent were likely to share the experience with family and friends, and 89 percent of viewers agreed that the use of VR technology made the experience more impactful. The film has also surpassed 35,000 views on YouTube. 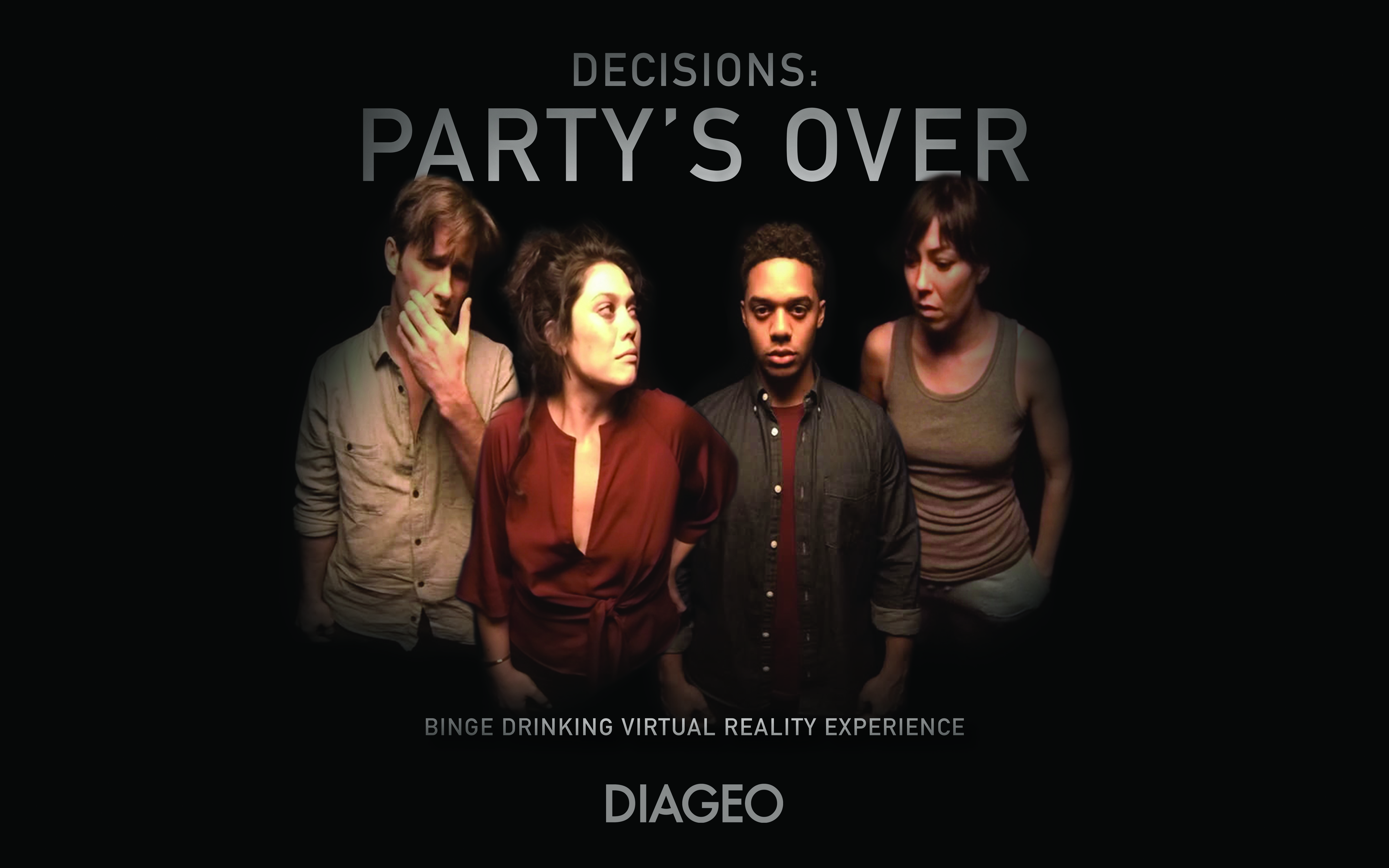