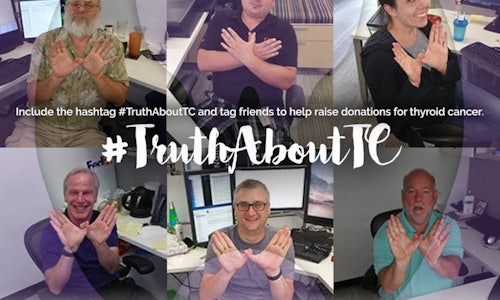 The majority of thyroid cancers can be successfully treated, which has led to the misperception that thyroid cancer is a "good cancer." For many patients, this misperception can minimize their diagnosis and lead to confusion about the overall impact of the disease. Our goal was to dispel common "myths" about thyroid cancer by highlighting the #TruthAboutTC and support those directly impacted by this serious disease.

To raise awareness of thyroid cancer and support those directly impacted by this serious disease, Eisai partnered with two major advocacy organizations for the second year in a row – ThyCa Inc. and the Light of Life Foundation. Together, we re-launched the Myth #TruthAboutTC campaign - a multi-platform social media initiative focused on dispelling common myths about thyroid cancer.

The 6-month campaign officially re-launched at the start of September to build off the excitement surrounding Thyroid Cancer Awareness Month. The campaign kicked-off with a social "challenge," in which the social community was asked to post a photo giving a "butterfly-hug" in support of those impacted by thyroid cancer. As the thyroid is commonly described as having a butterfly-shape, the community truly connected to the symbolism of the "ask," and rallied behind the cause. To further demonstrate their commitment to the cause, Eisai pledged $1 up to $20,000 each to ThyCa Inc. and the Light of Life Foundation for every photo posted and any "likes" or "shares" received on those photos.

In addition to promoting the "butterfly-hug" challenge, a series of thought-provoking educational messages were published via the ThyCa and Light of Life Foundations' Facebook, Twitter and Instagram pages. A Twibbon page micro-site was also launched to offer important educational resources and encourage people to change their profile photos in support of thyroid cancer awareness. This strategy ensured that the campaign reached the right audience, at the optimal time, with the real facts to truly help dispel common misperceptions about the disease.

In just a few short weeks, more than 300 butterfly-hug photos were shared across various social networks – primarily driven by organic engagement. Throughout the course of the 6-month campaign, the challenge generated over 47,000 engagements, more than 8,400 unique uses of the "Truth About TC" hashtag and over 1.9 million social media impressions – far exceeding our original goal.

Most importantly, even after we stopped promoting the campaign, patients continued to use the hashtag to share their personal stories and experiences. This continued engagement truly shows the profound impact the campaign has had on patients and their families. 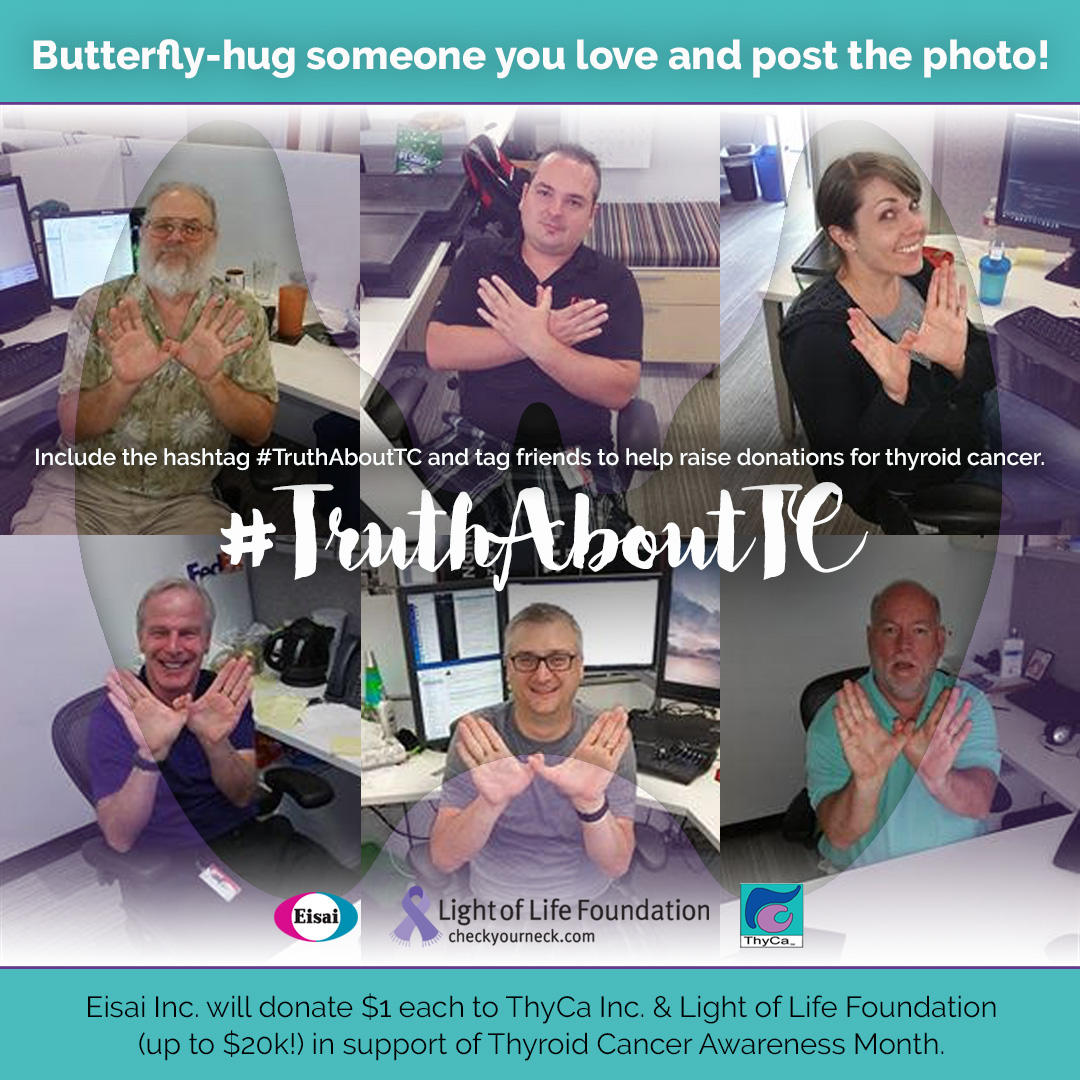