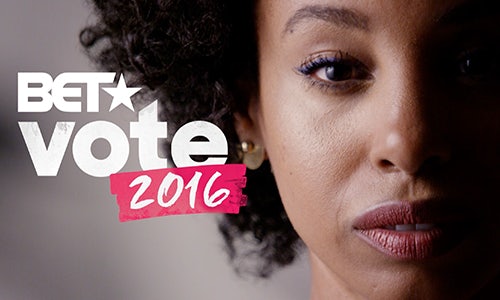 In an election year where voter participation among their audience was predicted to be down, and with voter suppression laws, gerrymandering and the dismantling of the Voting Rights Act disproportionately affecting the African-American community, BET needed to remind their viewers what was at stake, boost voter registration, and get fans talking across social media platforms to kickstart a movement.

BET's approach rejected the overwhelming noise and rancor of the contentious election cycle, maximizing impact by choosing silence instead of contributing to the noise, and using that silence to convey the consequences of choosing not to vote.

We utilized cultural influencers and talent with serious social clout, guaranteed to spread BET's message to a range of passionate social communities and capture viewer attention.

In our hero :30 spot, an array of channel talent, cultural influencers and ordinary citizens appear to be on the verge of saying something important, but instead stand in silence. The end suggests that by not voting, individuals (no matter how powerful), give up their ability to contribute their points of view and be a part of the process.

In ancillary :15 spots, custom-edited for social and digital, high-profile talent such as musicians like Jidenna and Andra Day and radio icon Angie Martinez each start to speak on an issue important to them, but then get abruptly cut off. To hear what they're saying, viewers must go to bet.com/vote, where they're also able to register to vote.

The PSA campaign premiered at BET's biggest tentpole of the year, the BET Awards, reaching 7.2 million live viewers and airing nearly 7,000 times across 250 BET programs up through Election Day. It got an estimated 80K engagements across social, as well as 44M owned-and-earned impressions as countless fans utilizing #VoteYourVoiceBET encouraged each other to vote.

Video for BET Vote Your Voice 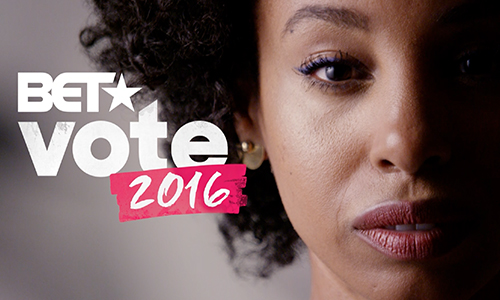