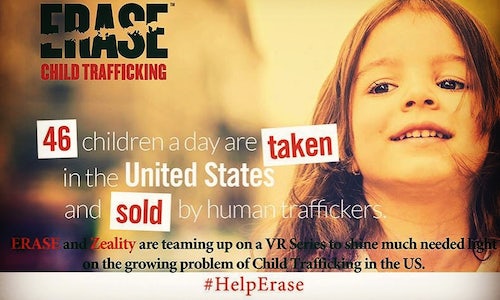 ERASE unveiled its latest powerful virtual reality media project in the fight against child trafficking. This new project will bring together awareness of child trafficking, virtual reality, and music into a more powerful message. It will better launch the plight of trafficked children into the world's consciousness in a way that's never been done before.

A livestream featured Ryan A. Bell from ERASE Child Trafficking speaking with Dipak M. Patel, the CEO of a company called Zeality that creates virtual reality media experiences. Through the partnership, they will be creating a series of virtual reality video experiences, referred to as the "empathy engine". This will help tell the stories of trafficking victims in a more engaged and empowering way. Said Patel, "The general public needs to understand the broad and complex trauma that these children go through. Through this empathy engine we're going to start to build more awareness around that. The right kind of awareness drives activation. It's something that needs to be done."

These virtual reality media experiences will tell the stories of young victims before, during and after their escape from trafficking scenarios. They will be designed not to shock or horrify, but to inspire empathy and understanding for the real experiences that these children go through and how we can become agents of change. "A community that's not talking is not a community that works," said ERASE host Ryan A. Bell, VRScout-Head of Studio.

The partnership between ERASE and Zeality is designed to get communities talking in a way that empowers action. But there's a third unique element to these virtual reality experiences, ones that will draw on another kind of medium. Each virtual reality experience will also feature music submitted by talented indie artists that will help tell these stories. The music submission process is being organized through 1WorldNow Media, which is amplified through Indie Music Plus. This was introduced during their live stream on Facebook. It's a powerful combination of media that ERASE hopes will lead to real advantages in the fight against child trafficking.

In the end, we want to ultimately drive successful reclamation back into society. Once a child goes into that world…and then comes out of it, that's when the healing journey will begin for a great deal of these children. 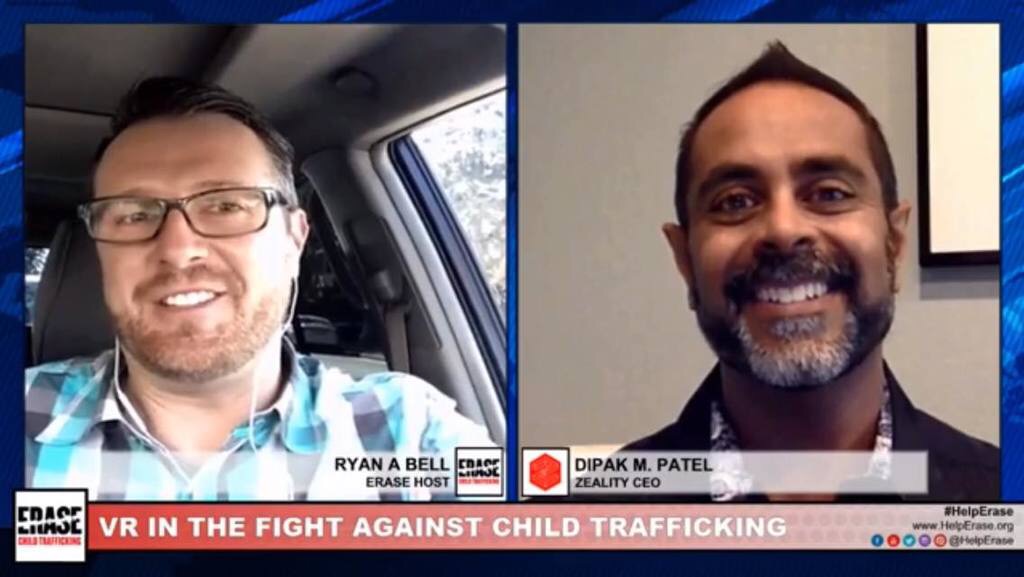 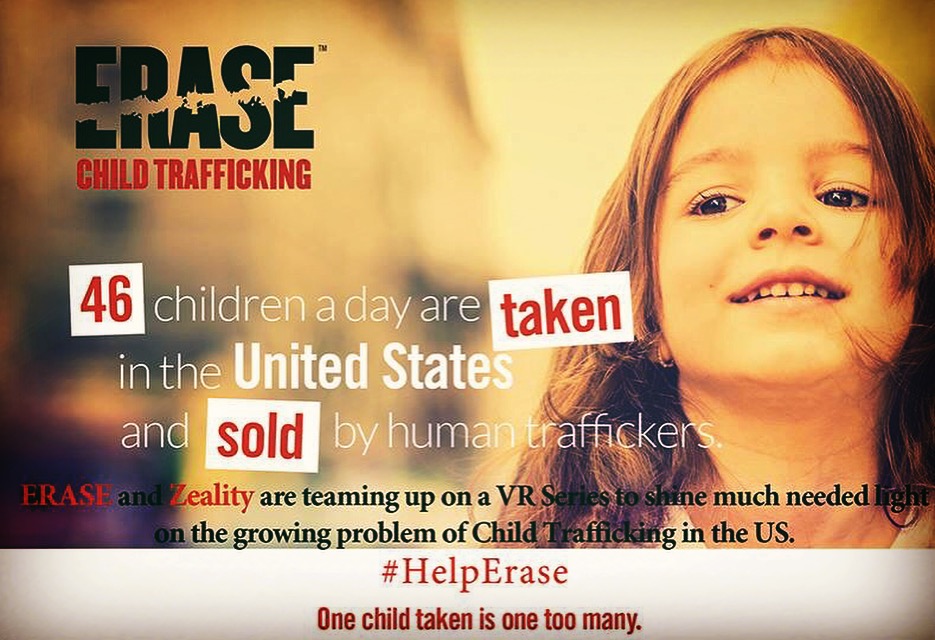