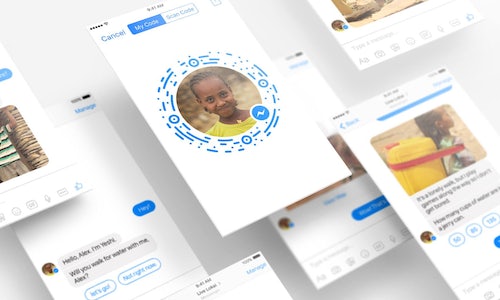 LOKAI INNOVATES WITH FACEBOOK MESSENGER AND INVITES THE WORLD TO WALK TOGETHER FOR CHARITY:WATER

Take a complex global crisis affecting 663 million people and simplify it down to a chat between two people on a platform where real conversations happen.

Help people see the water crisis from a human standpoint, rather than a too-big-to-fix issue in a far away developing world country.

Enable individuals from the developed world to visualize and interact with those they're helping from the developing world, on an eye-to-eye level, through a simple conversation.

Invite the world to take a walk together – connecting people to the cause of providing clean water to people who walk for it in Ethiopia.

To support the Lokai and charity: water partnership, Lokai launched "Walk With Yeshi," a first of its kind immersive journey built specifically for Facebook Messenger, that provides the global community with a modern way to experience and understand the water crisis in Ethiopia.

The revolutionary Facebook Messenger bot gives anyone on the planet the ability to virtually join Yeshi on her daily walk for water. Yeshi represents millions of women in rural Ethiopia who spend an average two-and-a-half hours a day walking to access water, which often is polluted and impure by most standards. The Walk With Yeshi experience is created to mirror that full-length of time, giving users time to reflect and build empathy with the true daily experiences of people on the other side of the world.

Walk With Yeshi was at the forefront of Facebook Messenger's responsive technology. Once people begin the experience, Yeshi sends images, gifs, videos, audio files and interactive maps and, in return, she will ask users to answer specific questions, upload their own media and even select options from multiple-choice quizzes.

To kick-off the Facebook Messenger experience, the brand hosted a 2.5 hour walk from Manhattan to Brooklyn on August 28th, allowing members of the Lokai community early access to the Yeshi experience.

Lokai facilitated over 7,500 hours of conversation between Yeshi and consumers. The conversations resulted in a deeper understanding of the water crisis for those who engaged (see screenshots of consumer conversation).

By allowing consumers to walk beside those they are helping, and speak as friends, Lokai was able to humanize charity: water's work. People discovered a new appreciation of the water crisis from talking to a 'young girl' who experiences it daily: "I had my walk yesterday and I can't appreciate enough the strength and sacrifice these young women do in order to have a glass of water"

The very human conversation with Yeshi inspired many consumers to do more: "it has helped me appreciate the little things people get in life. And has made me want to help more."

Though our 2016 partnership is not yet complete, the Lokai community is on track to fund 66 water projects ($660k) for charity: water, nearly double the 33 projects ($330k) funded by our 2015 partnership.

Video for LOKAI INNOVATES WITH FACEBOOK MESSENGER AND INVITES THE WORLD TO WALK TOGETHER FOR CHARITY:WATER 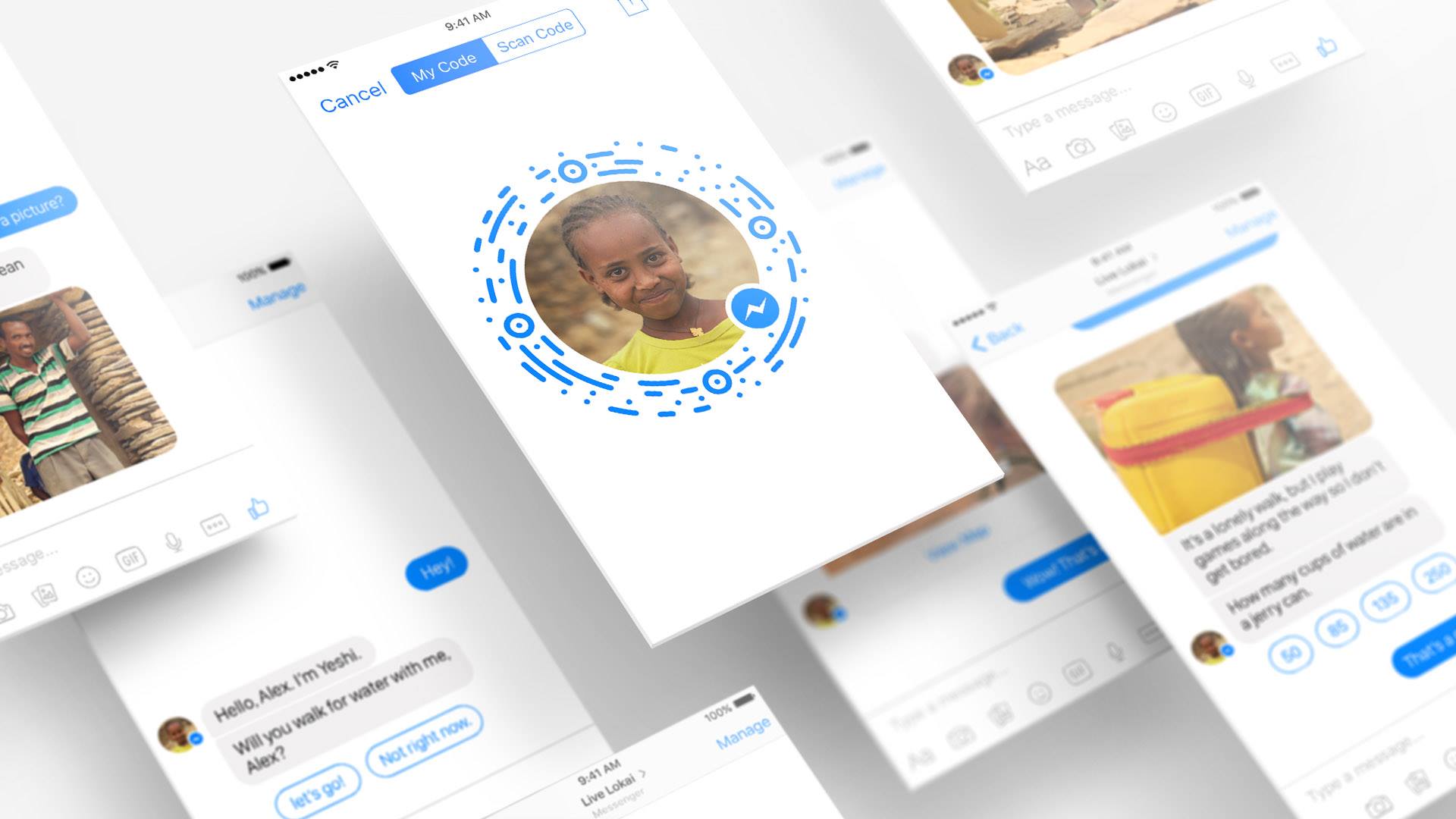 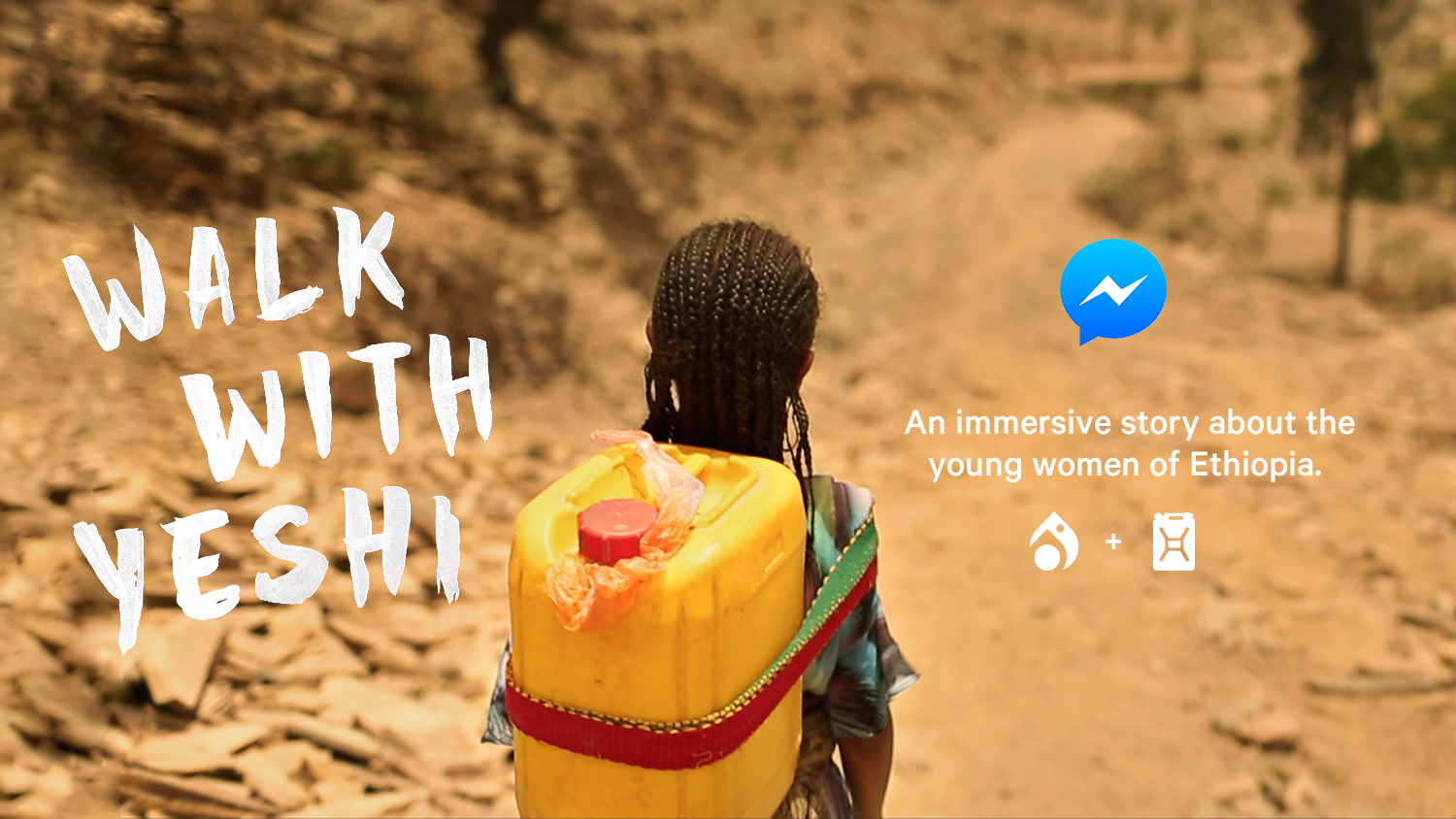 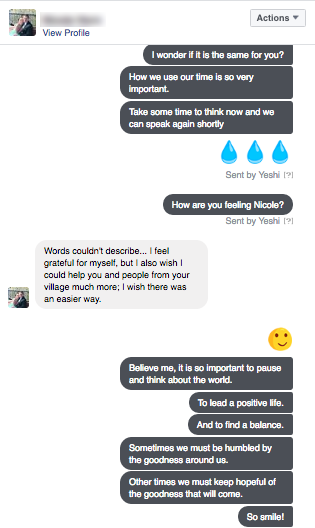