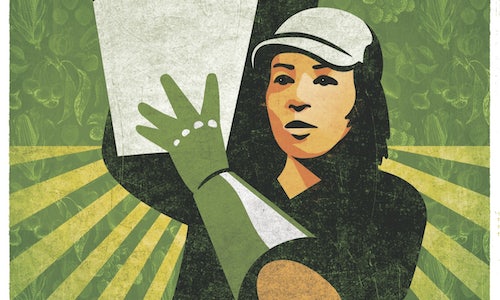 The FFP approached Pinkwater & Putman to create an identifying label so that consumers will know when they are buying a Fair Food product.

Inspired by the Fair Food Program mission, Pinkwater & Putman envisioned a branding campaign that would create deep and immediate engagement among consumers who will be passionate about the mission once they know. We believe that the Fair Food Program's vision and work, promoted with the right branding and awareness campaign, has unlimited potential to facilitate real change in the way we grow and consume food. Consumers everywhere, across all media, are starting to learn of the FFP mission and are being inspired to participate.

Along with an identifying label, Pinkwater & Putman created a branding campaign so that consumers will learn about the program and want to know more.

In leveraging their extensive network and strategic alliances, Pinkwater & Putman has ensured that the Fair Food Program's identifying label, logo, and branding poster have been viewed across all media, including talk shows, global award ceremonies, as well as local and national news coverage. The ultimate goal is that consumers will look for the label and seek to buy fair.

Fair Food Partners now have a series of negotiated marketing and awareness obligations that are woven into their contracts that will result in consumer awareness and more demand for all food to be grown under the most humane conditions.

Look for the FFP label and signage coming to a WalMart and other participating supermarkets near you!

Whole Foods: is the first FFP partner to launch an in-store campaign. The Fair Food Program is incorporated into Whole Foods' "Responsibly Grown" initiative. We worked closely with the Whole Foods Team to create branding and signage, which is currently in stores throughout the Southeast.

Stop & Shop: The FFP Stansion poster has been placed in over 500 Stop & Shop's across the US to alert shoppers about the program and the tomatoes in nearby bins. The radio spot is currently airing in-store to alert and educate customers about the partnership and the Program. When the PLU label arrives it will be placed on the produce itself to designate which has been grown on Fair Food Program farms. 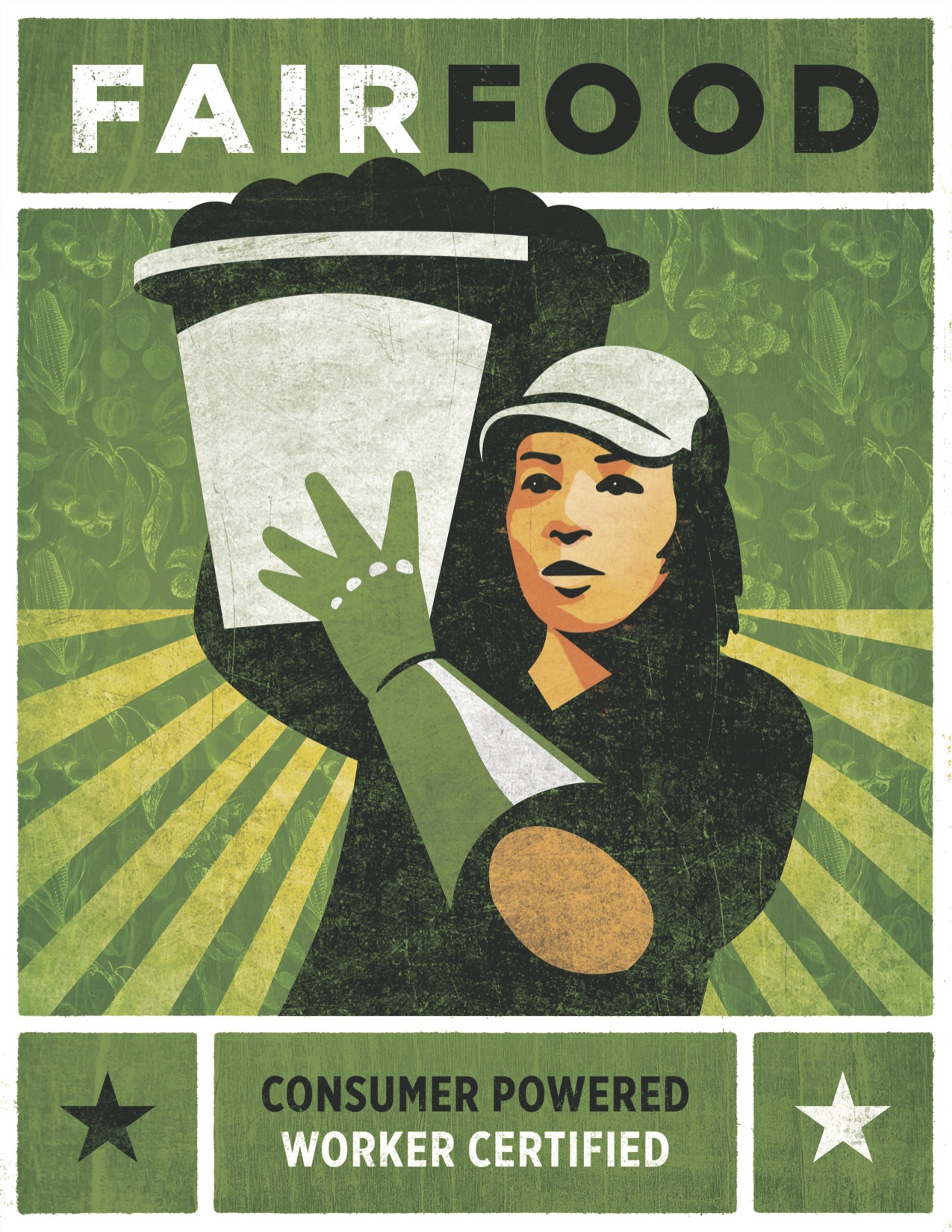 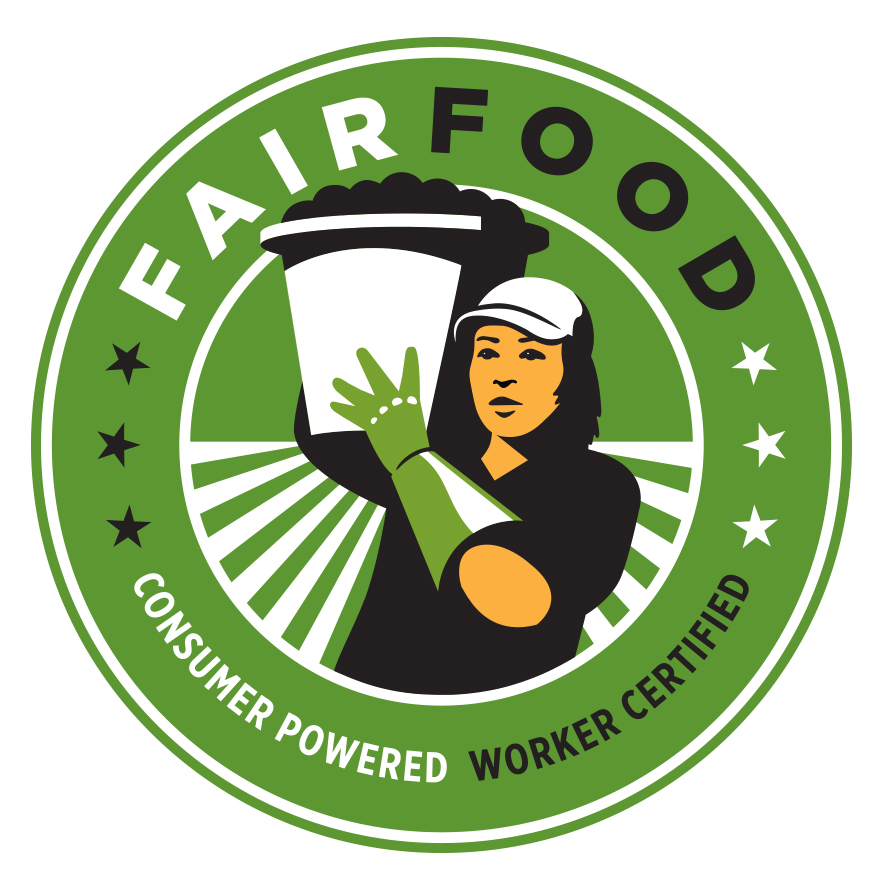 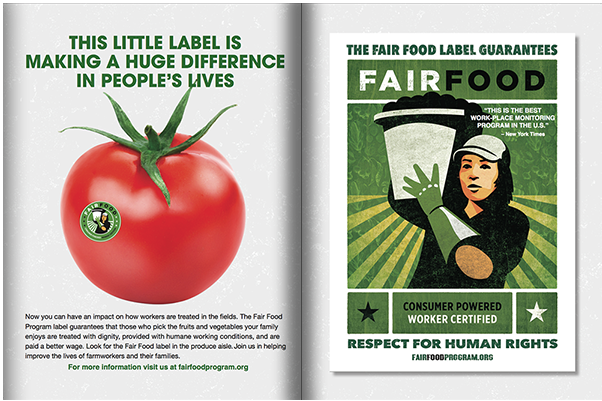 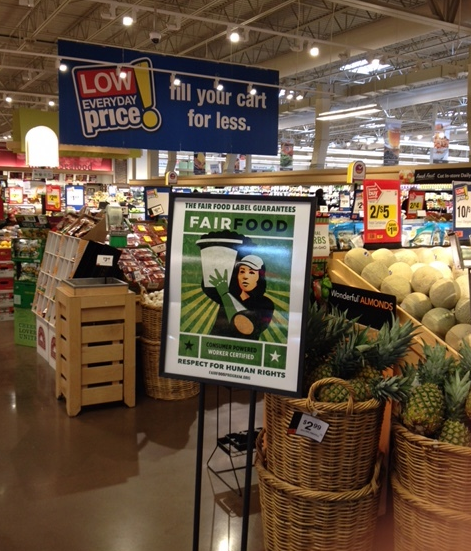 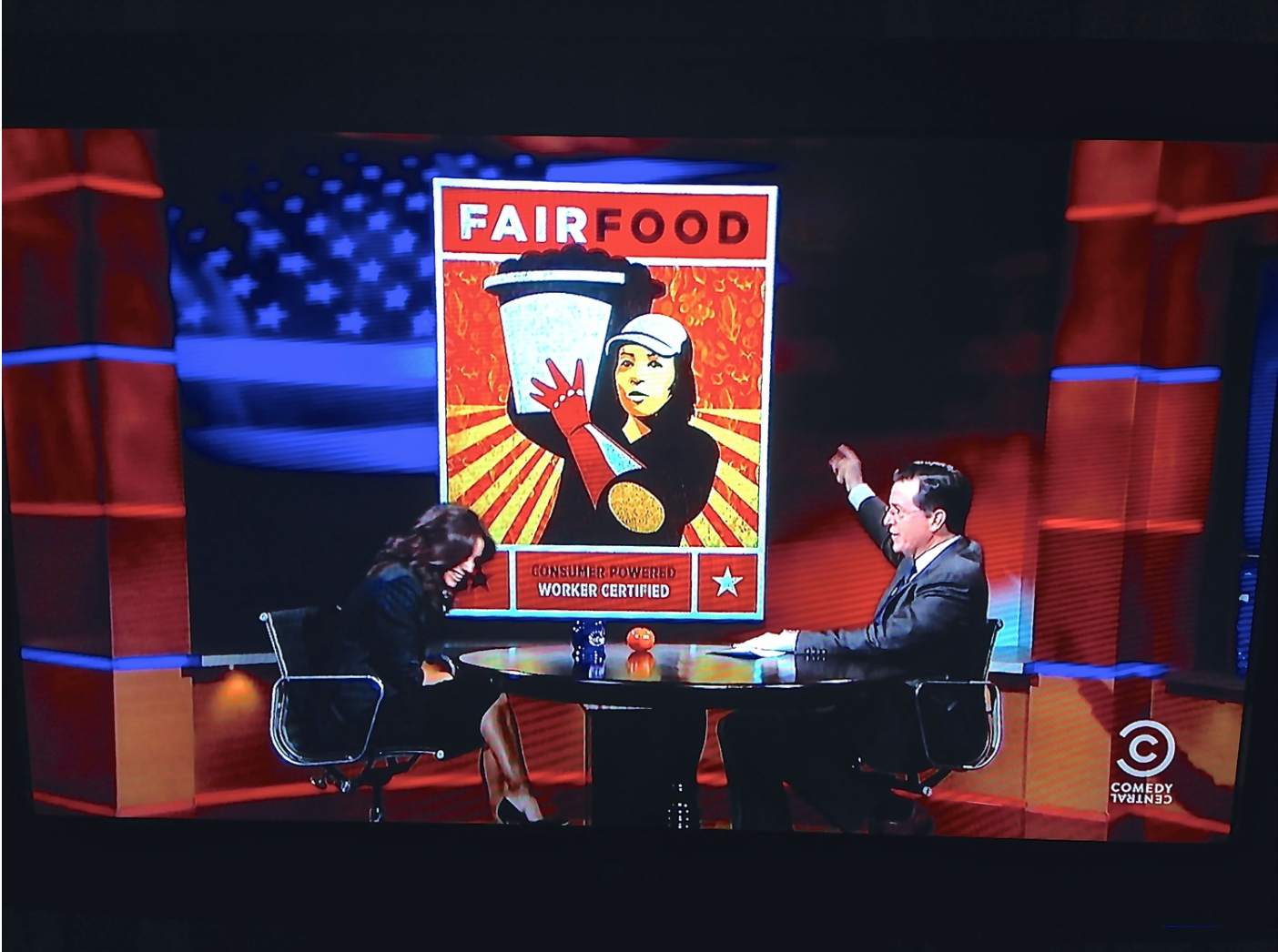