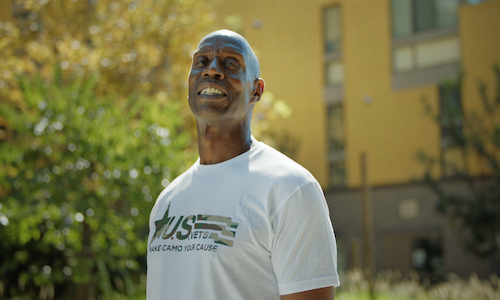 U.S.VETS, a non-profit dedicated to the support and rehabilitation of homeless veterans, partnered with Beyond the Porch to develop and produce a commercial and accompanying short video content as part of U.S.VETS’ “Make Camo Your Cause” awareness campaign. The “Make Camo Your Cause” awareness campaign aims to bring visibility to the organization’s mission and to establish camouflage as the official symbol of veteran support by encouraging people to wear camo on Veterans Day. It also furthers the organization’s goal to end homelessness for those who have served by raising money through the purchase of U.S.VETS camo merchandise and donations to the organization, which provides therapeutic housing communities, mental health counseling, career, and supportive services to 32 sites across 11 regional locations nationwide.

Through a strategic partnership between U.S.VETS and FOX’s “Fox Forward” initiative, the commercial airs on the family of FOX networks.

Beyond the Porch proposed producing a short documentary film profiling the story of one of U.S.VETS’ clients and showing the organization’s impact through that personal story. The documentary film would then be broken down into accompanying 15-second and 30-second TV commercial trailers as well as 15-second and 30-second vertical video clips for U.S.VETS’ social media channels and FOX’s social media channels to promote the “Make Camo Your Cause” awareness campaign.

Beyond the Porch was specifically responsible for the creative development and production of “Patrick Henderson | a U.S.VETS story,” a short documentary film highlighting Patrick Henderson, a formerly homeless, retired U.S. Army specialist who now lives at the U.S.VETS Long Beach, California site. In his own words, Patrick shares his story of struggle, perseverance, and family, and the role that U.S.VETS played in getting Patrick back on his feet. Beyond the Porch then developed the 15-second and 30-second TV commercial trailers that have aired on FOX networks starting November 1, 2022 and the 15-second and 30-second vertical video clips that were pushed out on both U.S.VETS’ and FOX’s social media channels (both national and local station accounts).

While initially the “Make Camo Your Cause” commercials and accompanying social media campaign were only intended to air surrounding Veterans Day 2022, the campaign was so successful that the content will be airing on the entire family of FOX networks (FOX Business, FOX News, FOX Sports, etc.) for a full year. Through Fox Forward, U.S.VETS received $32,230 in donations since November 2022, and now will have the opportunity to stay top-of-mind, raise awareness of their cause, bring in donations, and drive sales of merch throughout the year, not simply around Veterans Day. The short documentary film “Patrick Henderson | a U.S.VETS story” has also been viewed thousands of times via U.S.VETS’s website and through social media channels for U.S.VETS, FOX News, and FOX’s local news station accounts nationwide.

Lastly, Beyond the Porch’s innovative approach resulted in the opportunity for “Patrick Henderson | a U.S.VETS story” to be premiered at the 2022 U.S.VETS Salute Gala on November 9, 2022 at The Maybourne Beverly Hills. In addition to Patrick Henderson attending the event to meet donors, this unique and heartfelt piece of content could be leveraged at the biggest fundraising event of the year for the organization.

Video for U.S.VETS “Make Camo Your Cause” Awareness Campaign 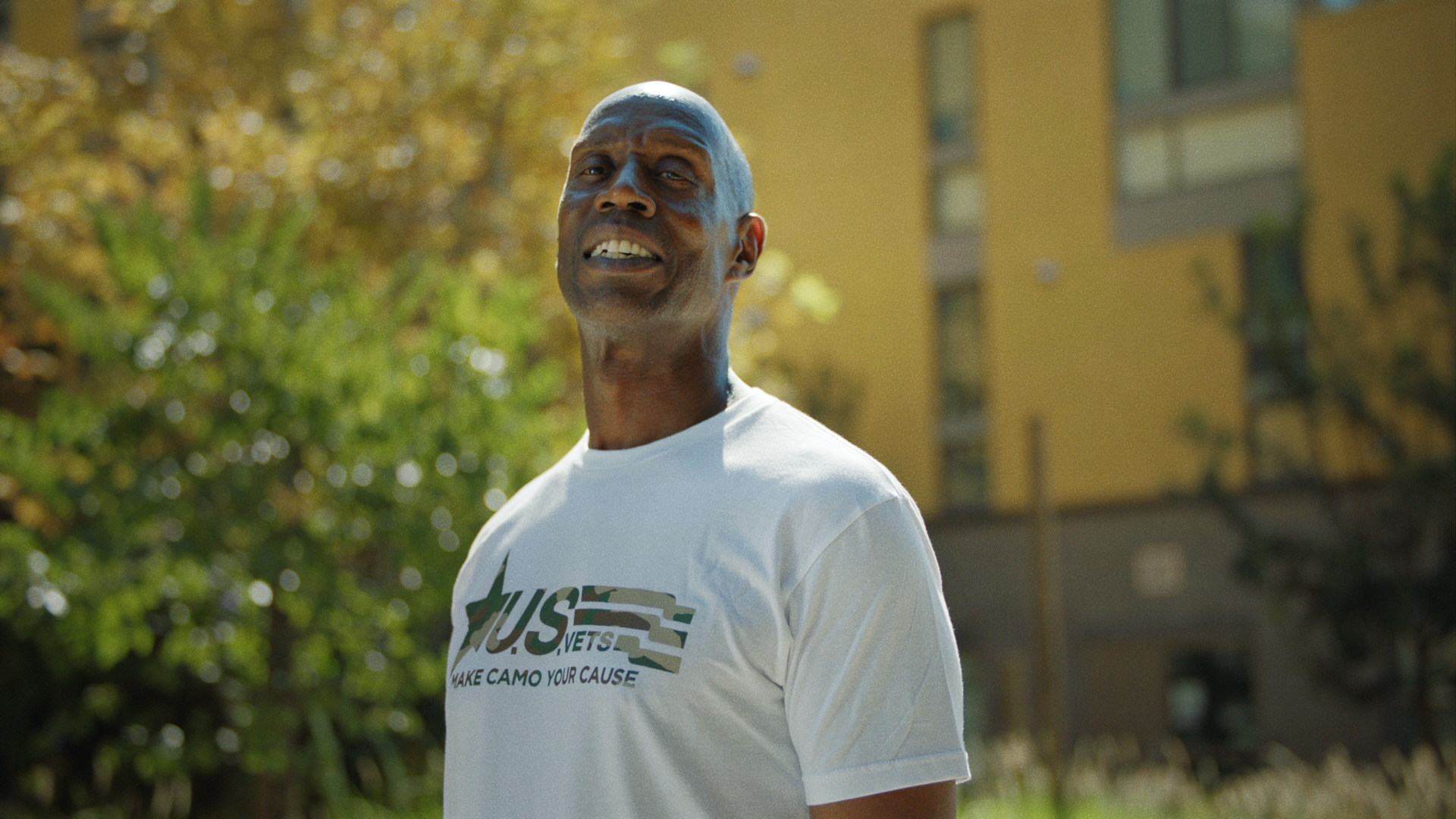