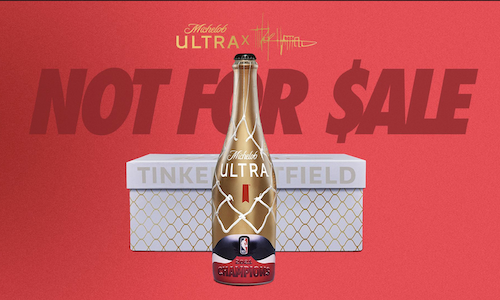 To further build Michelob ULTRA’s credibility within the NBA, the brand team up with iconic sneaker designer Tinker Hatfield to design our 2021 NBA Championship bottles and created a sneaker drop-style frenzy around the limited-edition release.

Michelob ULTRA recently assumed the title of “Official Beer of the NBA” in 2020 and after establishing our credibility within the NBA space on-the-court with ULTRA Courtside, we wanted to further cement our place within the NBA by tapping into the off-the-court NBA Culture with fashion, sneakers and more. Partnering with an icon like Tinker Hatfield, who designed several of Michael Jordan’s iconic shoes and helped usher in the NBA’s love affair with sneakers was the way to do that.

When ULTRA first “entered the chat” with the NBA in 2020, we weren’t even in the top 10 most-talked-about NBA sponsors according to social listening. Beyond that, beer brands traditionally haven’t maintained the “cool” factor that sneaker and apparel brands have within the NBA space. ULTRA sought to break the mold in both respects and become a brand that was just as cool and NBA culture-forward as a sneaker brand.

NBA Fans are just as interested in the off-the-court action in sneakers and fashion as they are in on-the-court action. As a brand that believes enjoying yourself off the court, leads to on-the-court success, leaning into sneaker culture was a way for us to connect with NBA fans and culture in an unexpected way and ultimately make a beer bottle just as desirable as rare pair of sneakers.

ULTRA since becoming the official beer of the NBA has always done a special-edition championship bottle for the NBA Finals, and Budweiser did the same prior to ULTRA taking over the sponsorship. The bottle were fine, but they didn’t harness the swag and culture of the NBA. So instead of doing our dated, traditional NBA Championship bottle, we got the biggest legend in sneakers, Tinker Hatfield to design our bottle.

We treated the release like a sneaker drop, with bold visuals displaying the design of the bottle and Tinker explaining the inspiration behind the bottle to press and in his first-ever Reddit AMA. Even with the runaway success of ULTRA Courtside the previous NBA season, ULTRA was rarely covered in culture-forward media outlets like Complex, Hypebeast, Dime and others, but thanks to the Tinker collab, those outlets were eager to cover the drop.

Speaking of the drop, unlike traditional sneaker releases, our bottles couldn’t be bought – they had to be won just like the Larry O’Brien trophy and we only released 115 of them based on the winning score of the Finals-clinching game. The result was a frenzy of social conversation that had us trending following the finals and a website that crashed. But more importantly, ULTRA embedded itself even further into NBA culture. 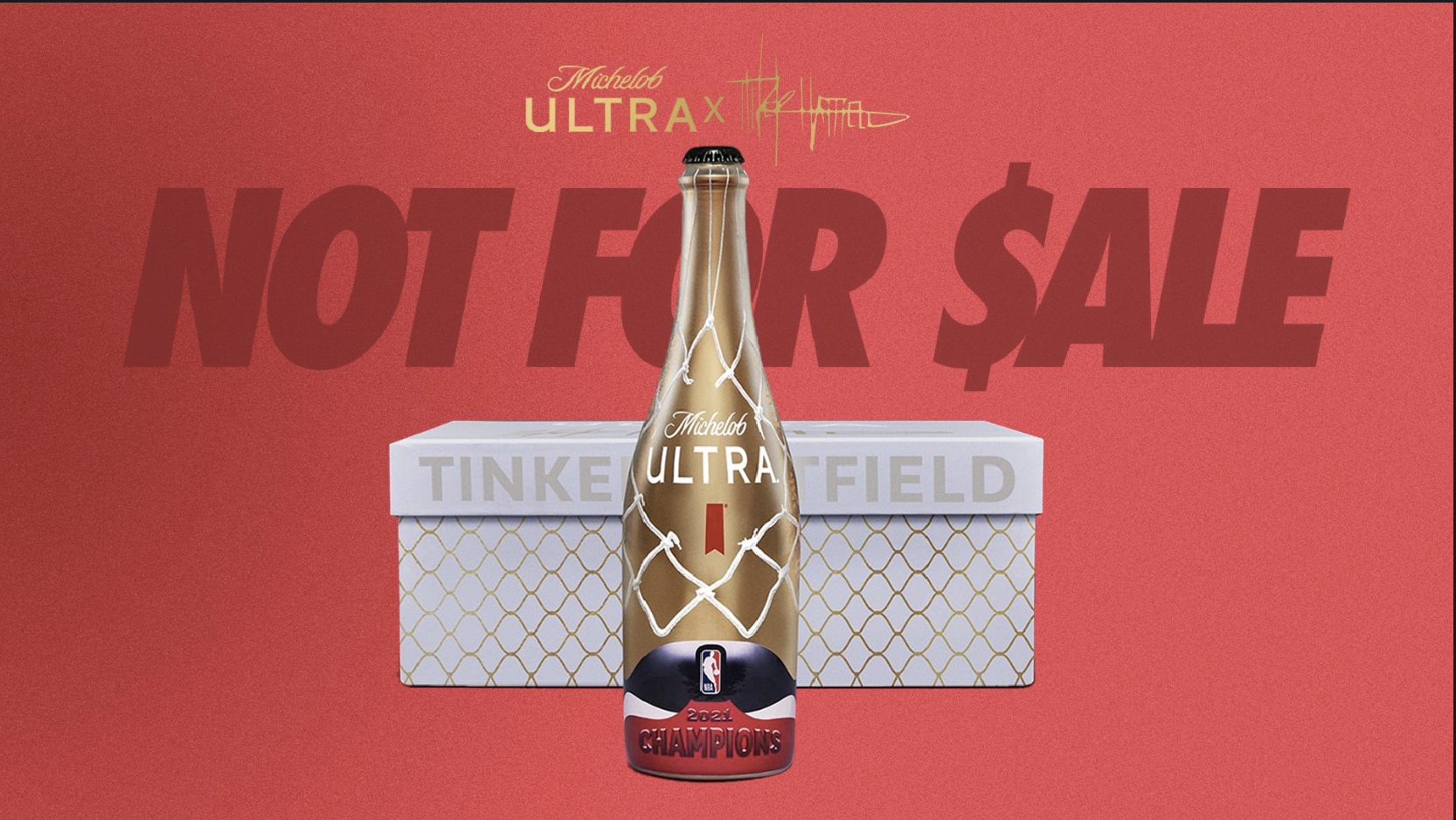