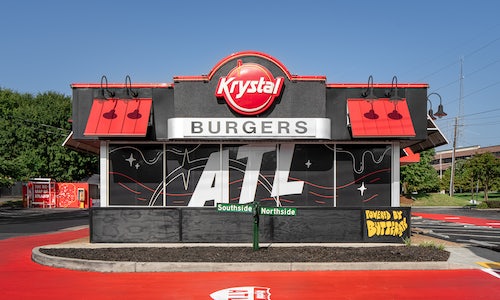 Krystal, the American fast-food restaurant chain known for its small, square burgers, engaged Dagger as its AOR in October 2020. Krystal tapped Dagger to approach its sales and advertising objectives with an amplified creative remit and expertly keyed-in cultural relevance.

From Q4 2020 - Q2 2021, Dagger’s first integrated campaign for Krystal, “Big Country,” celebrated the brand’s southeastern audience and peach state roots with celebrity rapper and ATLien Fabo, one of the most unique and authentic OGs of southern hip-hop. The campaign was wildly successful, with customers taking to social media with videos of themselves ordering “The Fabo” (a.k.a. Krystal’s Country Fried Steak Krystal meal deal). Then, we had to level up. We wondered: how do we ride the wave of star endorsement and regional momentum? Can we introduce something with an even bigger regional impact?

Enter Butter.ATL, the sister media company of Dagger. Butter.ATL provides a niche service offering for Dagger clients with an appetite for high-velocity content at the intersection of creative inspiration and cultural relevance. But what it’s REALLY known for is its Instagram. @Butter.ATL is Atlanta’s definitive culture channel and a sought-after stage for the city’s cultural icons (so much so that Ludacris named his newest single after us. No cap - look it up). With over 100,000 followers, brand sponsorships, a daily newsletter, and original programming that features ATL legends like Killer Mike, Goodie Mobb, and DJ Scream, Butter has become an entity whose popularity boasts followers - and active commenters - like Chrissy Teigen, Usher, Big Boi from Outkast, and others.

With Dagger at the helm, Krystal launched a co-branded, immersive, permanent pop-up restaurant in Atlanta in partnership with...an Instagram account?! Yes, that’s correct. And it was the truest celebration of Atlanta culture.

Krystal partnered with Butter.ATL to launch a dual-branded restaurant renovation and immersive experience at the Krystal location in West Midtown, Atlanta on one of the city’s busiest street corners. KrystalxButter tied Krystal to Butter's deeply rooted place at the forefront of Atlanta culture, rekindling the passion south-easterners have for Krystal by modernizing the brand ethos with keyed-in cultural relevance and street-level credibility while honoring its iconic heritage and native appeal.

The reimagined restaurant, brought to life in partnership with The Spice Group (the team behind T.I.’s Trap Music Museum and 21 Savage’s Motel 21), offered a culture-packed space that provided guests the opportunity to explore Atlanta’s spirit and history, and capture photos with murals, installations, and touchpoints that personify the city. The black and red building exterior featured murals on all sides with phrases like “Come Thru” and images of glass Coca-Cola bottles (a mainstay in Atlanta), headphones, the iconic “A-Town Down” hand gesture, Krystal burgers, and more; and interactive photo ops like a life-sized Krystal box by local artist Freako Rico, and a faux Marta bus station backdropped by Butter’s original “No Cap Map of Atlanta.” The drive-thru lanes were painted to resemble Atlanta’s infamously traffic-laden highways, evoking a uniquely ATLien urban aesthetic.

The interior showcased a sprawling Atlanta history timeline that highlighted key moments in the city’s history with a nod to Krystal’s relocation to Atlanta; a speaker-inspired installation that paid homage to the renowned Atlanta music scene, and a jukebox loaded with hit tracks by ATL’s most popular, homegrown artists; neon signage, and floor-to-ceiling wall wraps of Atlanta skylines and Krystal menu offerings. Even the bathroom was a graffiti-style photo booth with original artwork by local artist Dr. Dax (if you know, you know).

Krystal has occupied its own unique space in southern food culture for decades and Butter drives the culture forward by putting a spotlight on the cultural mecca that Atlanta is - all things cool, current, and authentic in a city that has tremendous hometown pride. This project was in essence Krystal’s love letter to one of the places it calls home, a key market, and achieved the kind of local hype the brand had only aspired to previously. Culture is Atlanta’s number one export and in 2021, KrystalxButter played a huge role in telling Atlanta’s story.

Beyond that, to kick off the activation, Dagger and Butter coordinated an epic launch event on night one. Influencers, journalists, hip-hop icons, city leaders – everyone came out to check out KrystalxButter, and if you didn’t make it you probably heard about it because every online publication in the city covered it. As consumer social media posts, shares, and check-ins popped off, KrystalxButter took its place as a cultural hot spot in the city of Atlanta leading to a 100% lift in sales throughout the duration of the activation (August 2021 - February 2022). 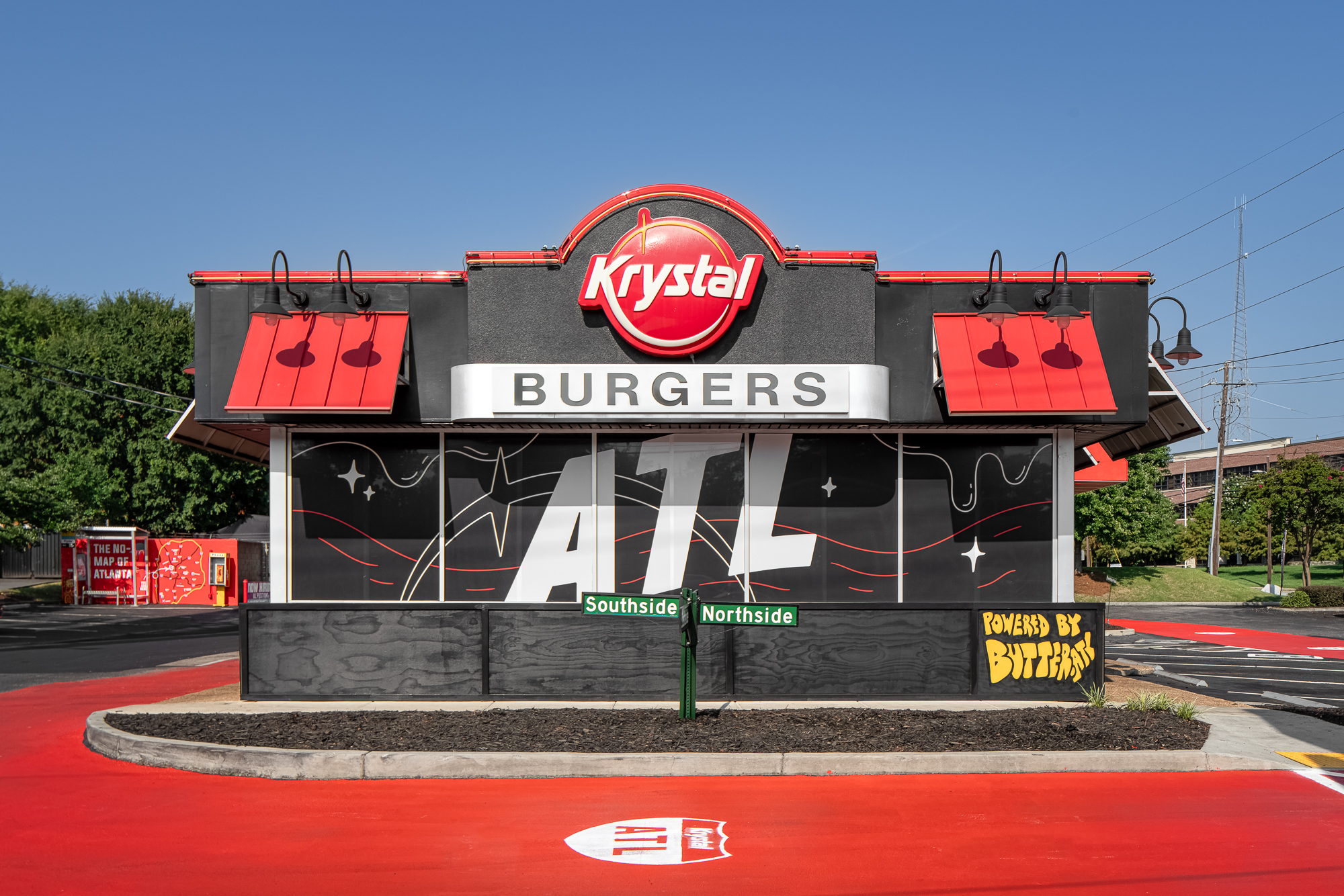