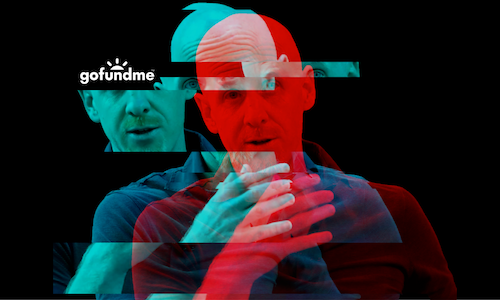 In February of 2021, GoFundMe analyzed internal data and watched certain trends unfold on our platform. We came to a devastating conclusion: countless families across the country were struggling to afford basic necessities like food and rent due to the pandemic’s effects on the economy—and they were relying on GoFundMe to fill this gap.

So our CEO penned an op-ed to Congress—calling them out for their inaction during this national crisis and asking them to pass robust federal relief immediately. Our goals were to use our social channels to drive traffic to this op-ed, to position GoFundMe as a platform that has rare insight into the issues families are facing, and to challenge the belief that GoFundMe can function as a social safety net for an entire nation.

When it came to measuring the success of this social activation, we planned to measure overall impressions, engagements, and general social sentiment of our message across social channels.

The GoFundMe social team decided to construct a 100% organic, non-paid strategy to push this message out into the social atmosphere. We were inspired by Patagonia’s “Don’t Buy This Jacket” campaign, and we wanted to incorporate similar thematic messaging into our own posts. To do this, we built platform-optimized content for each of our main social channels—Twitter, Instagram, and Facebook—all centered around the message: “GoFundMe was never made to be a source of support for basic needs, and it can never be a replacement for robust federal relief.”

On Twitter, we utilized threaded tweeting to allow users to click through, learn more, and easily quote retweet our core messaging. On Instagram, we utilized the carousel feature to encourage engagement and optimize storytelling (now archived). And on Facebook, we created a single, eye-catching creative that had stopping-power in people's feeds to maximize sharing and potential reach.

Using all of these social strategies and consistent messaging, we were able to drive millions of organic impressions and pro-GoFundMe social conversation, while also positioning GoFundMe as a culturally relevant brand focused on bettering lives—even at the expense of our own bottom line.

In a period of 24 hours, our organic social content went viral, receiving:

Following mass-sharing and becoming the #1 trending topic on Twitter, our social posts and messaging were also discussed in a handful of media publications. This virality also led to more in-depth features, including an interview between Kara Swisher from The New York Times with the GoFundMe CEO. 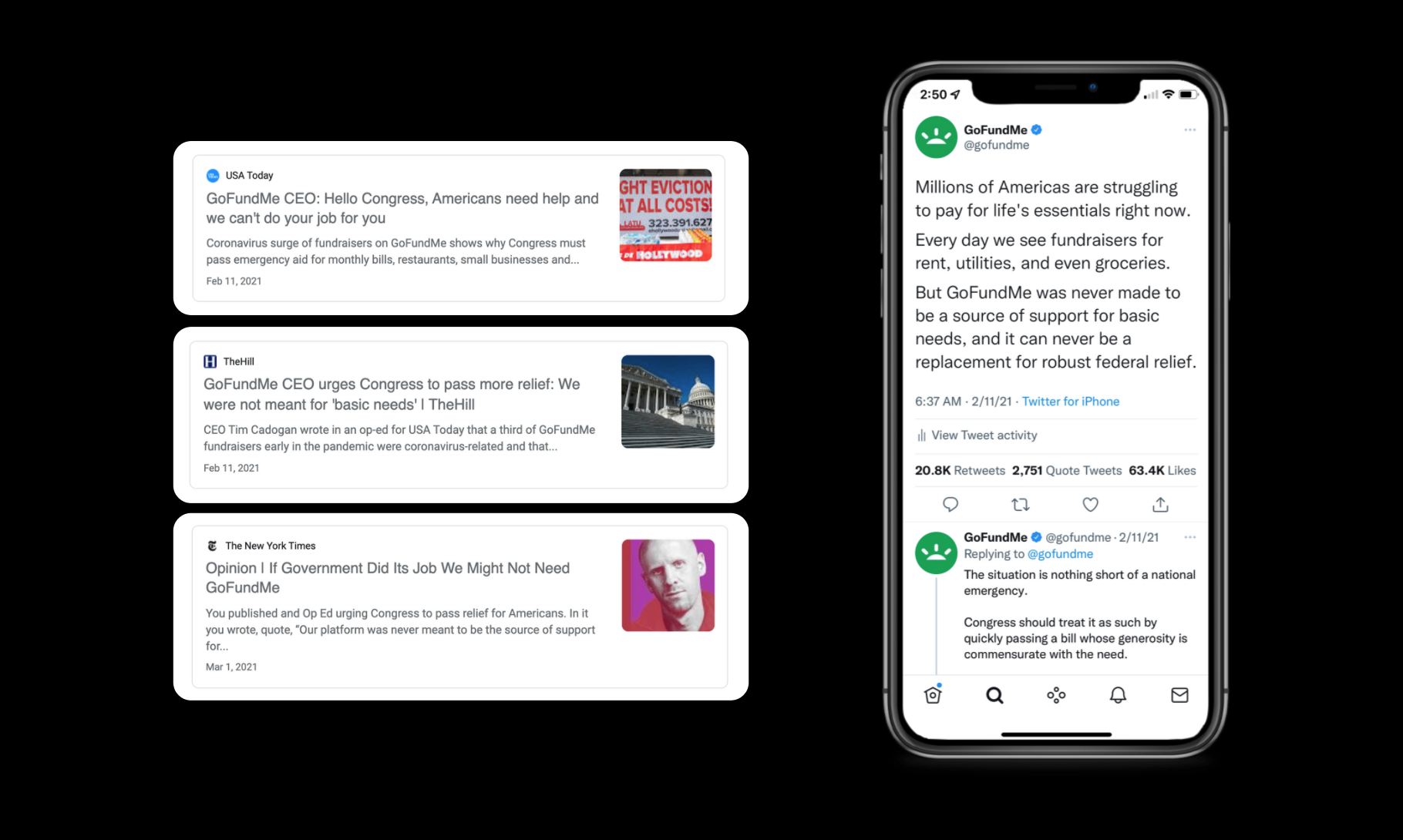 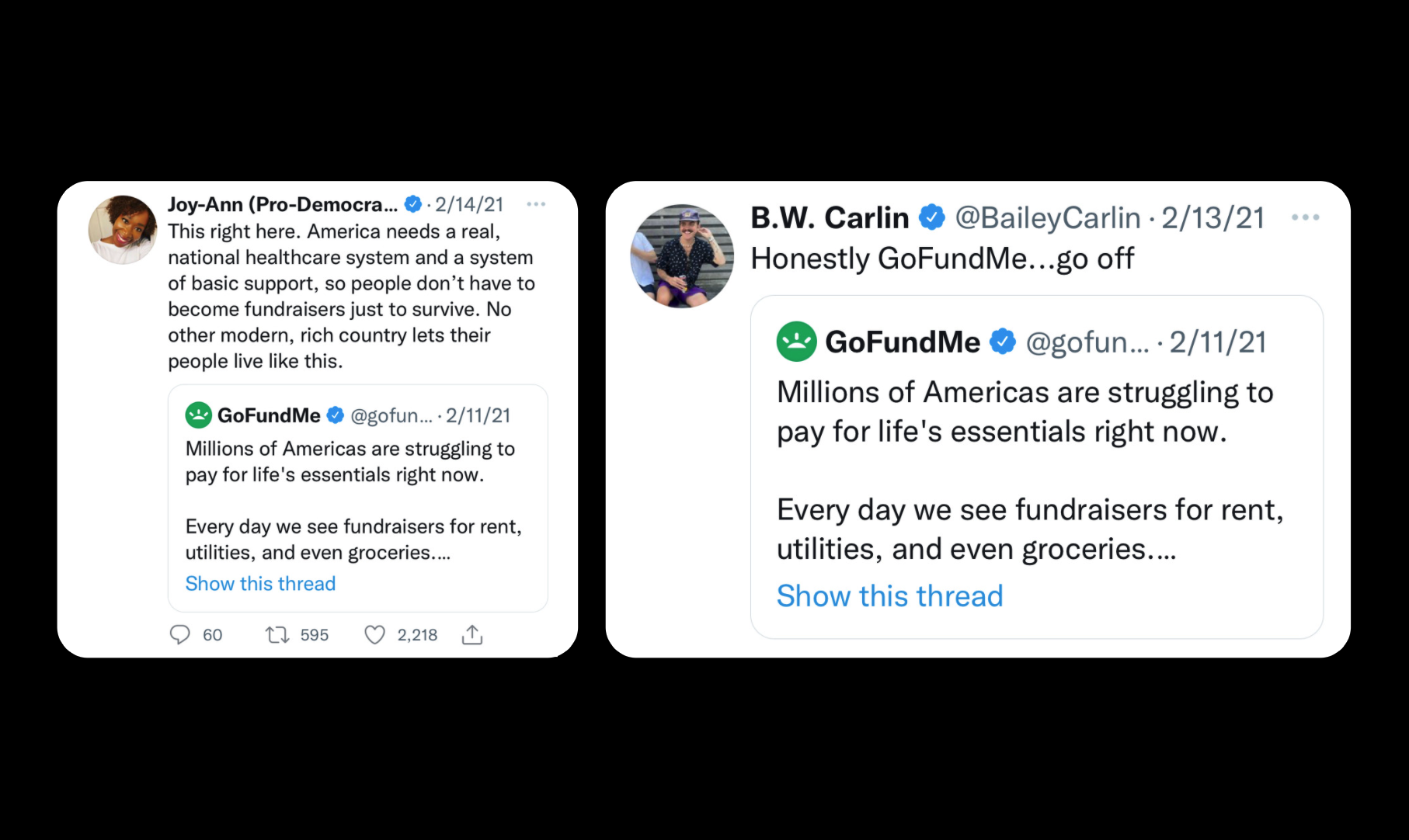 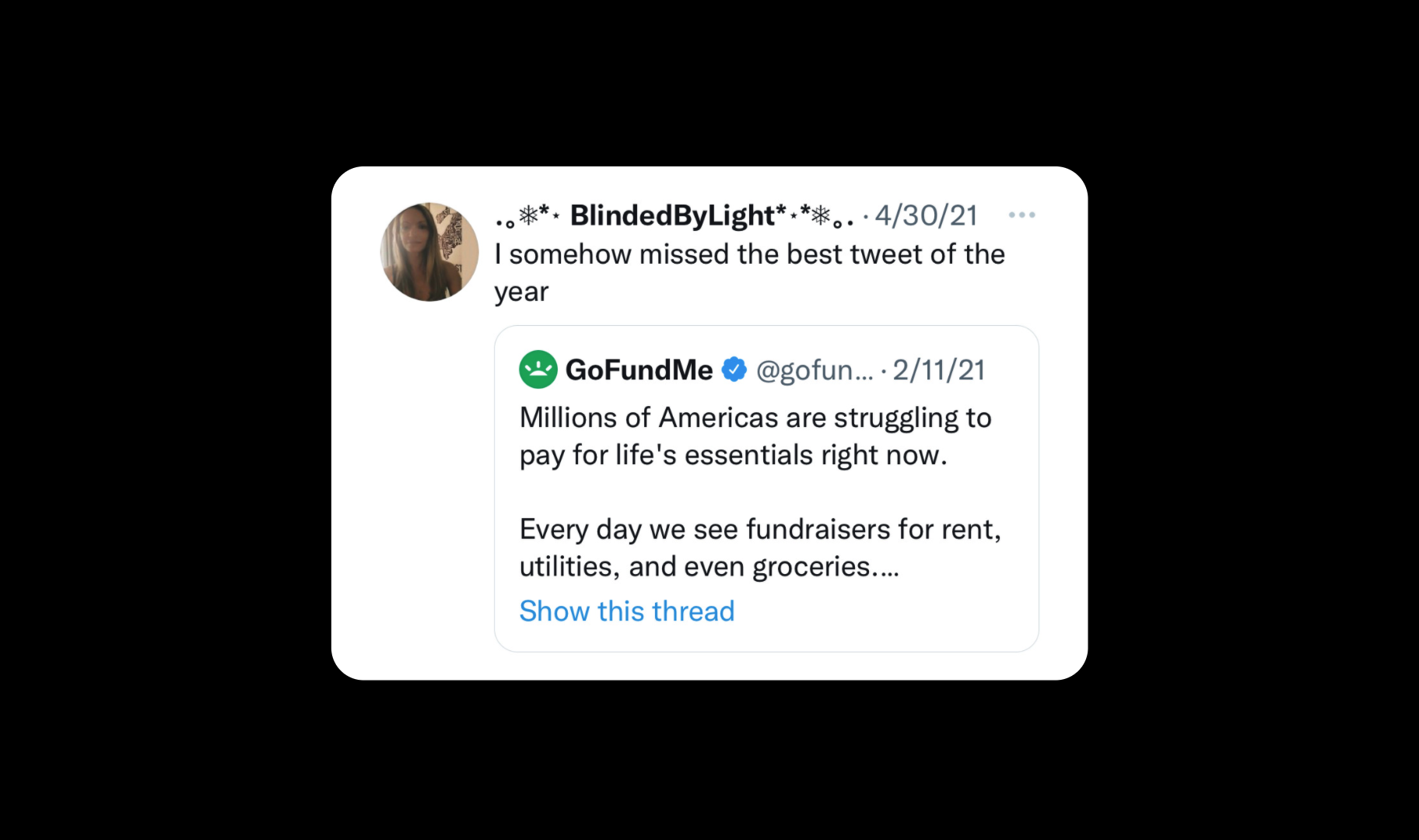 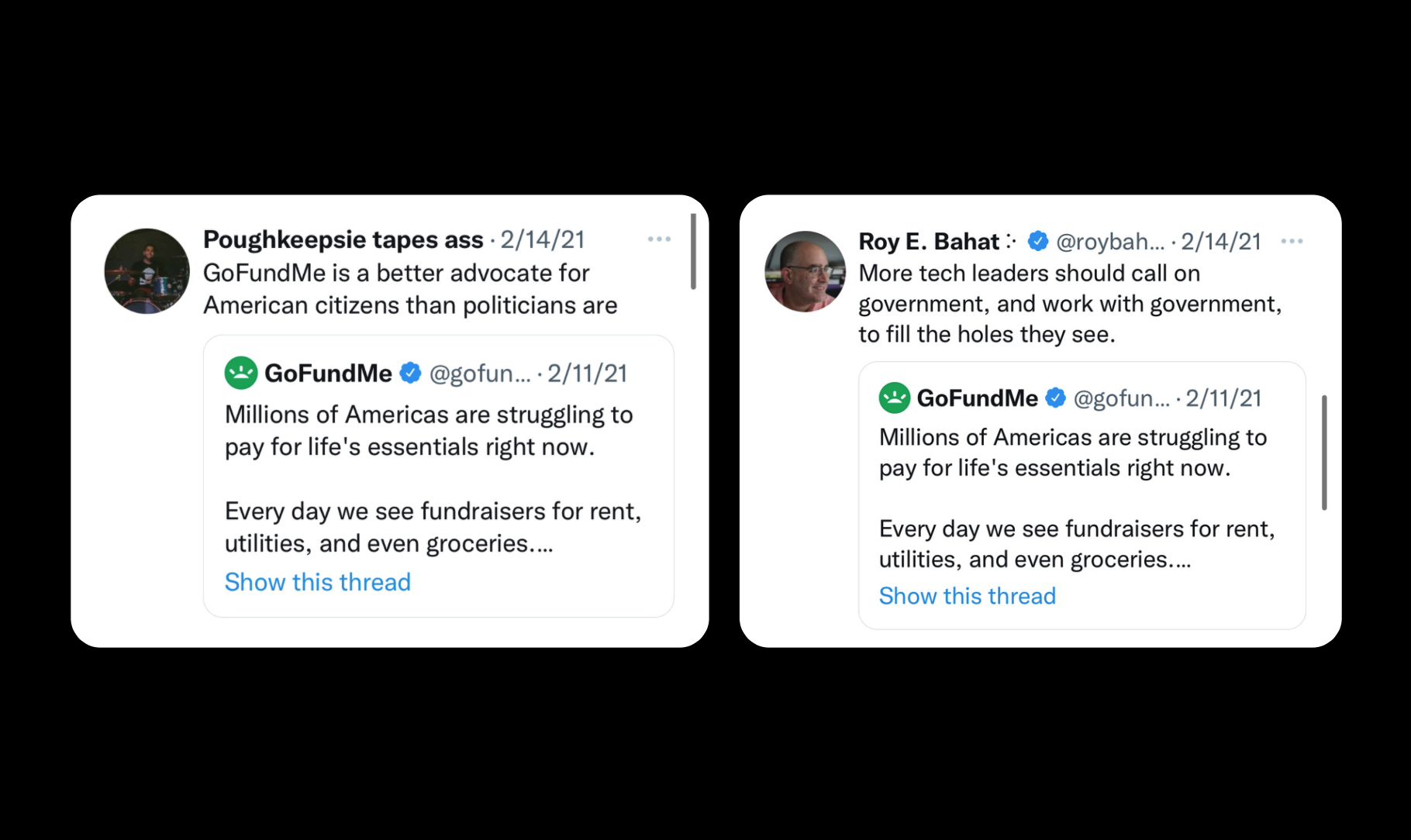 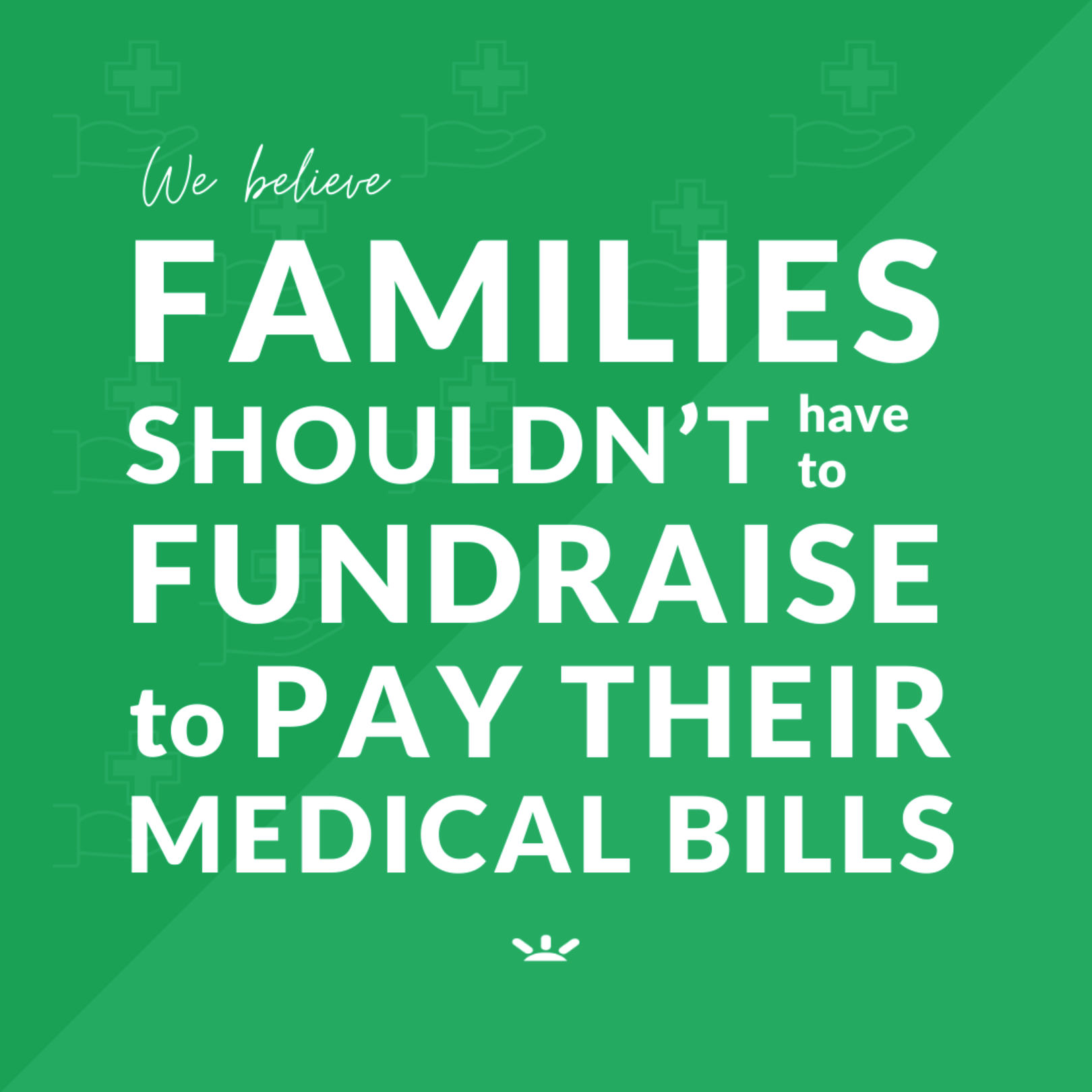 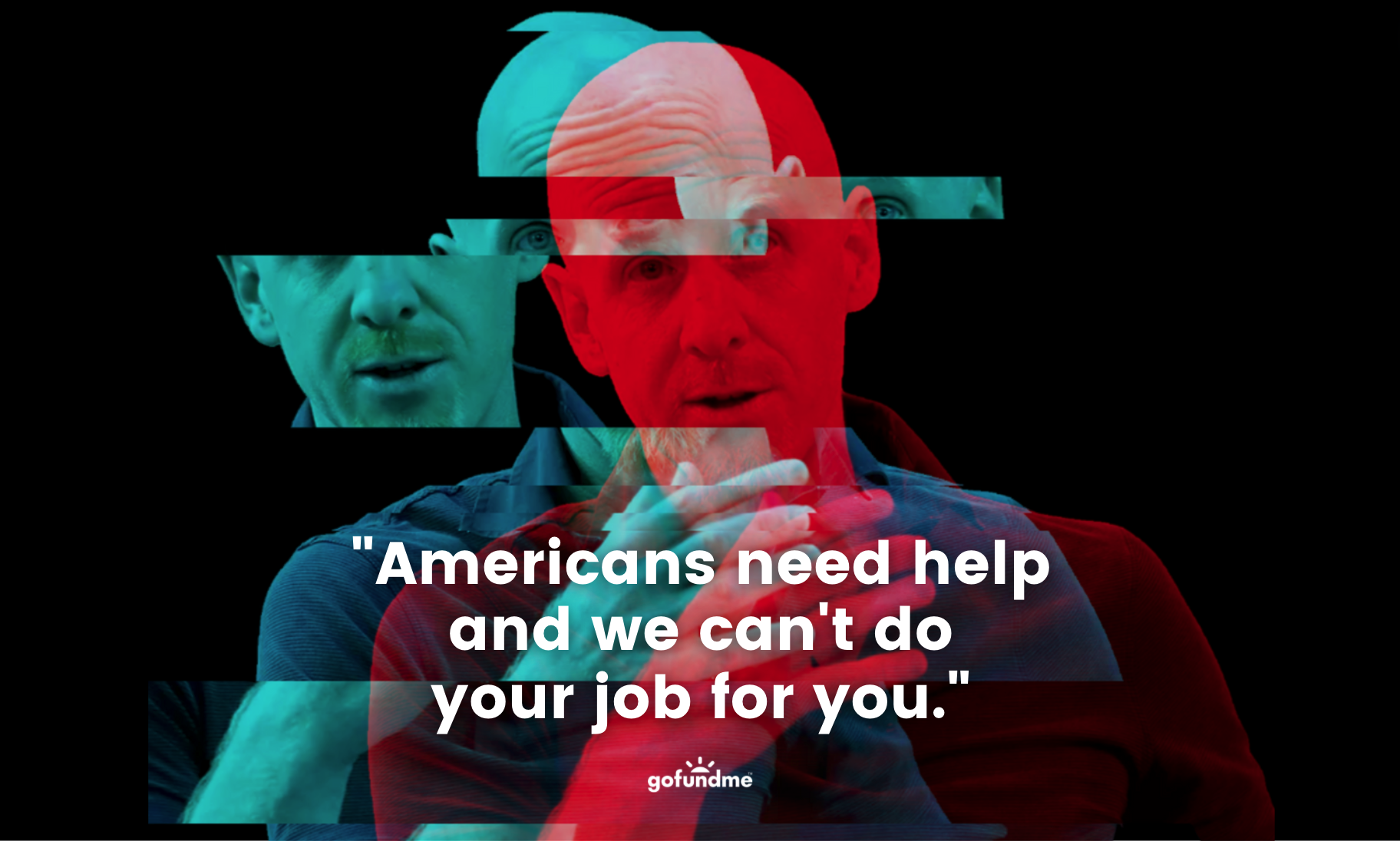 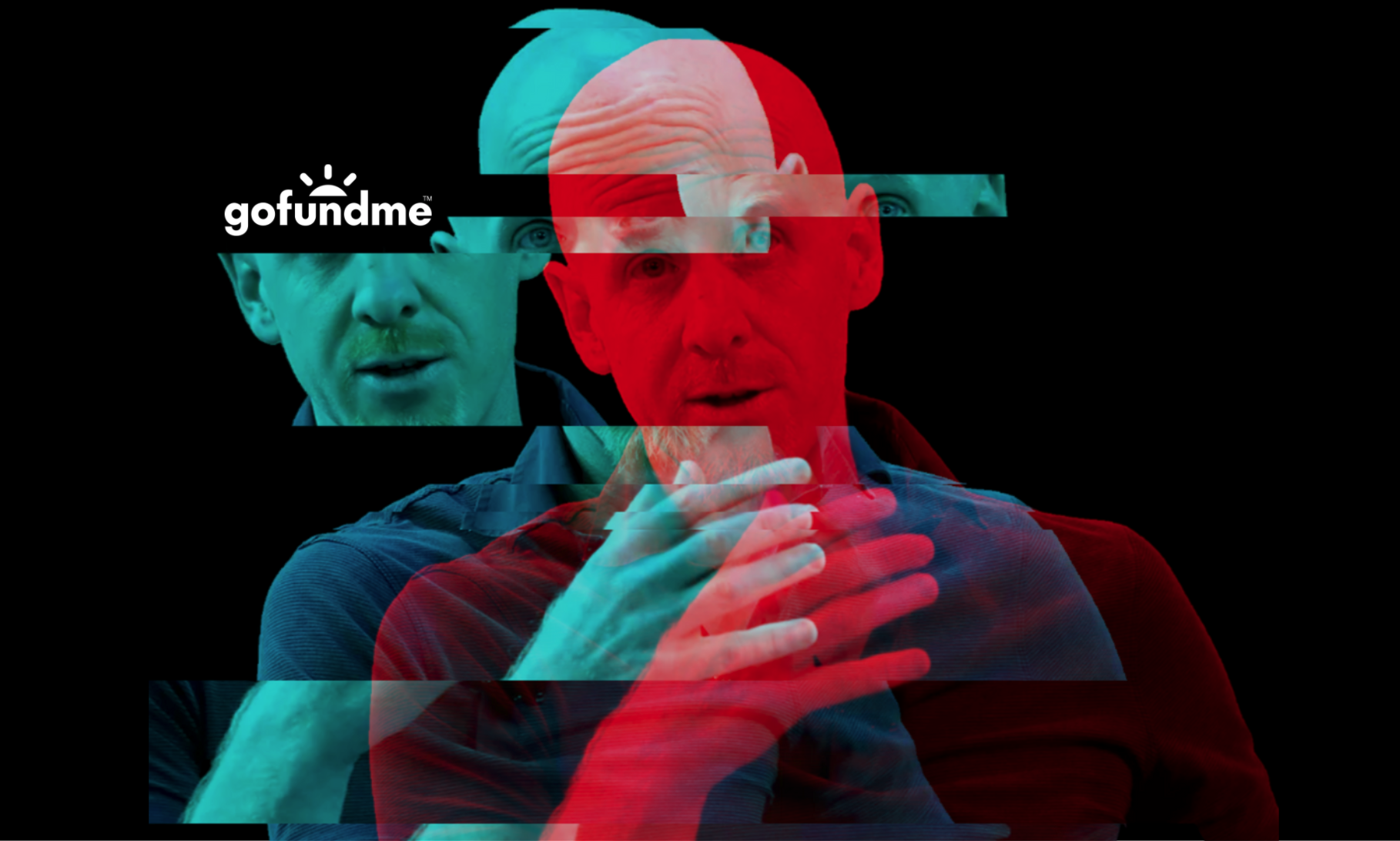