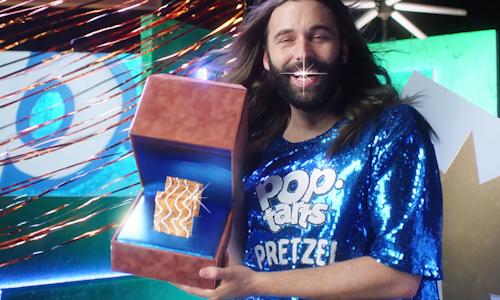 Pop-Tarts: We Fixed The Pretzel

Pop-Tarts are known for their iconic sweet flavors like frosted strawberry and brown sugar cinnamon. So when Pop-Tarts created their first savory flavor, pretzel, they needed to convince consumers to give it a try. In particular, we needed to convince teens, who research said, would be most skeptical.

Our target audience is teens, specifically those teens who grew up eating and loving Pop-Tarts but left them behind when they got older. Our charge as brand stewards is making teens believe that Pop-Tarts is still relevant to them and the product still fits in their life. In order to launch the new Pop-Tarts Pretzel, we also had to convince them that this weird new Pop-Tart would be something they could feel good about giving a try.

Focus groups showed us that teens have an ironic love for infomercials. We also knew that teens used the visuals and iconography of infomercials to create memes. We felt that using an infomercial approach to pitch a solution to a problem nobody has would be something that resonated with them.

Our strategy was to show teens that Pop-Tarts “Fixed the Pretzel” by making it a Pop-Tart. This confident swagger was consistent with the cockiness of the brand’s longtime tagline “Crazy Good”. And we let teens in on the joke by making it clear there isn’t really anything wrong with pretzels, but they would undeniably be better if they were Pop-Tarts.

The key to convincing them was having a pitch person who was a genuine fan of the brand. Jonathan Van Ness famously stanned Pop-Tarts on his hit show Queer Eye and also is seen eating a Pop-Tart on the cover of his best-selling memoir. He also represents the authenticity and inclusion that Gen Z values. He was also a really unexpected choice to star in a Super Bowl Commercial, giving us a built-in PR story.

We knew that the best way to get teens to try Pop-Tarts Pretzel was to get it into their hands in a unique way. So we had our Super Bowl commercial drive to a live Twitter stream where we gave away product and exclusive merch during halftime.

Super Bowl Spot
We created a :30 Super Bowl spot starring Jonathan Van Ness as an infomercial pitchman who helps solve a teen girl’s dry, boring pretzel problems by introducing her to Pop-Tarts pretzel. The spot was art directed with “ingenious theatricality” to give it a heightened sense of drama for the world’s biggest stage. Performers manipulated the elaborate set pieces around our stars, creating impactful visuals and sight gags all designed to be memed.

Meme Templates
We knew everybody in America would be sitting in front of a bowl of pretzels when our campaign launched, so we created a tool kit of reaction gifs, stickers and meme templates so Teens could organically share their pretzel fails. Jonathan Van Ness created his own content proclaiming that Pop-Tarts had Fixed the Pretzel and shared to his many followers.

Teaser
Prior to Super Bowl week, we released a teaser featuring Jonathan Van Ness having a celebrity freak-out moment at a craft service table with a sad bowl of pretzels. “Somebody needs to fix this!” he shouts. Pop-Tarts promised to have an answer on Super Bowl Sunday.

Live stream
We produced an elaborate multi-set, multi-camera live infomercial that streamed on Twitter during the Super Bowl halftime show. We performed various product demonstrations in the style of infomercials and also revealed limited-edition Pop-Tarts Pretzel merch that viewers could win by engaging with our live stream.

Video for Pop-Tarts: We Fixed The Pretzel 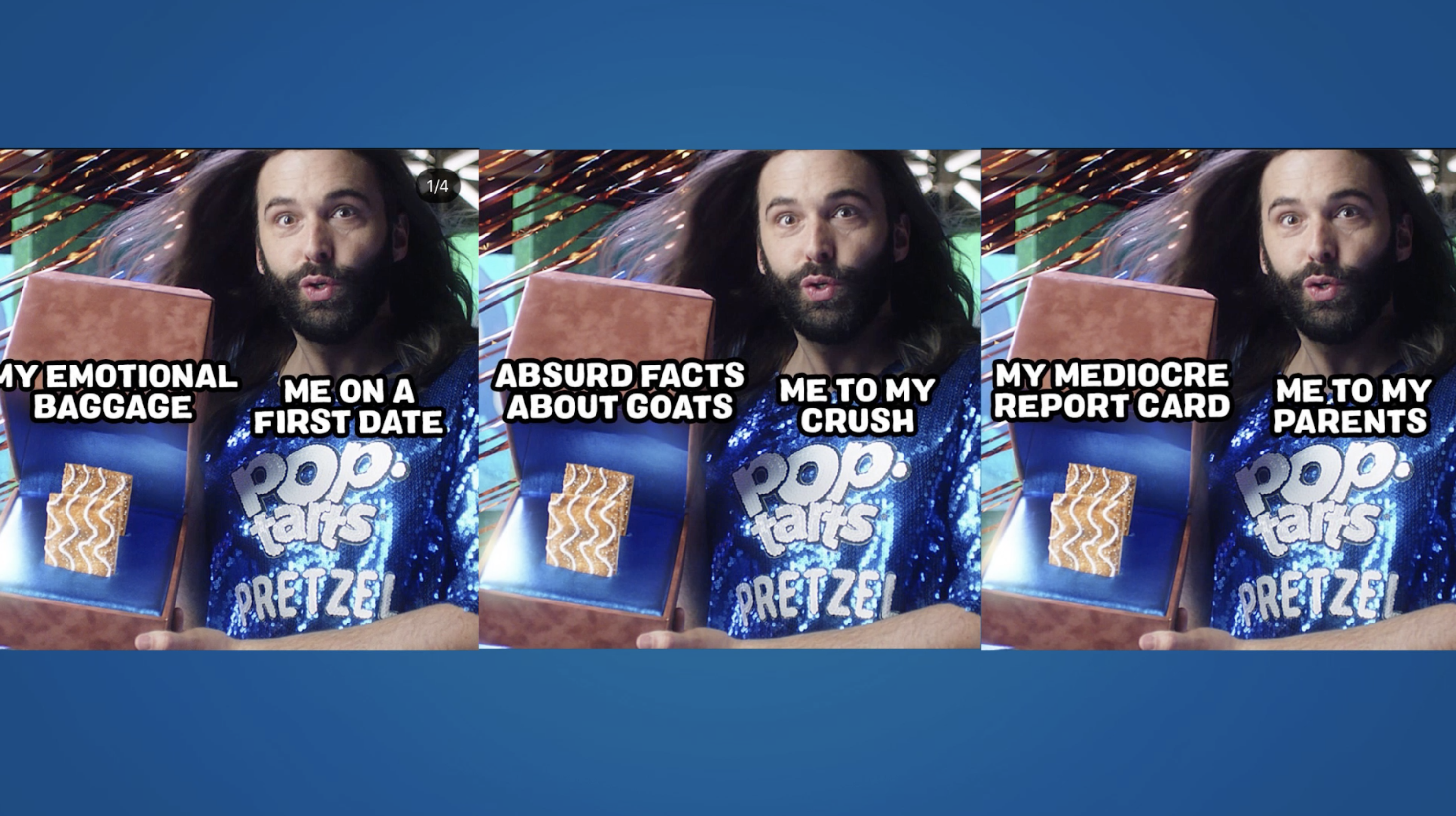 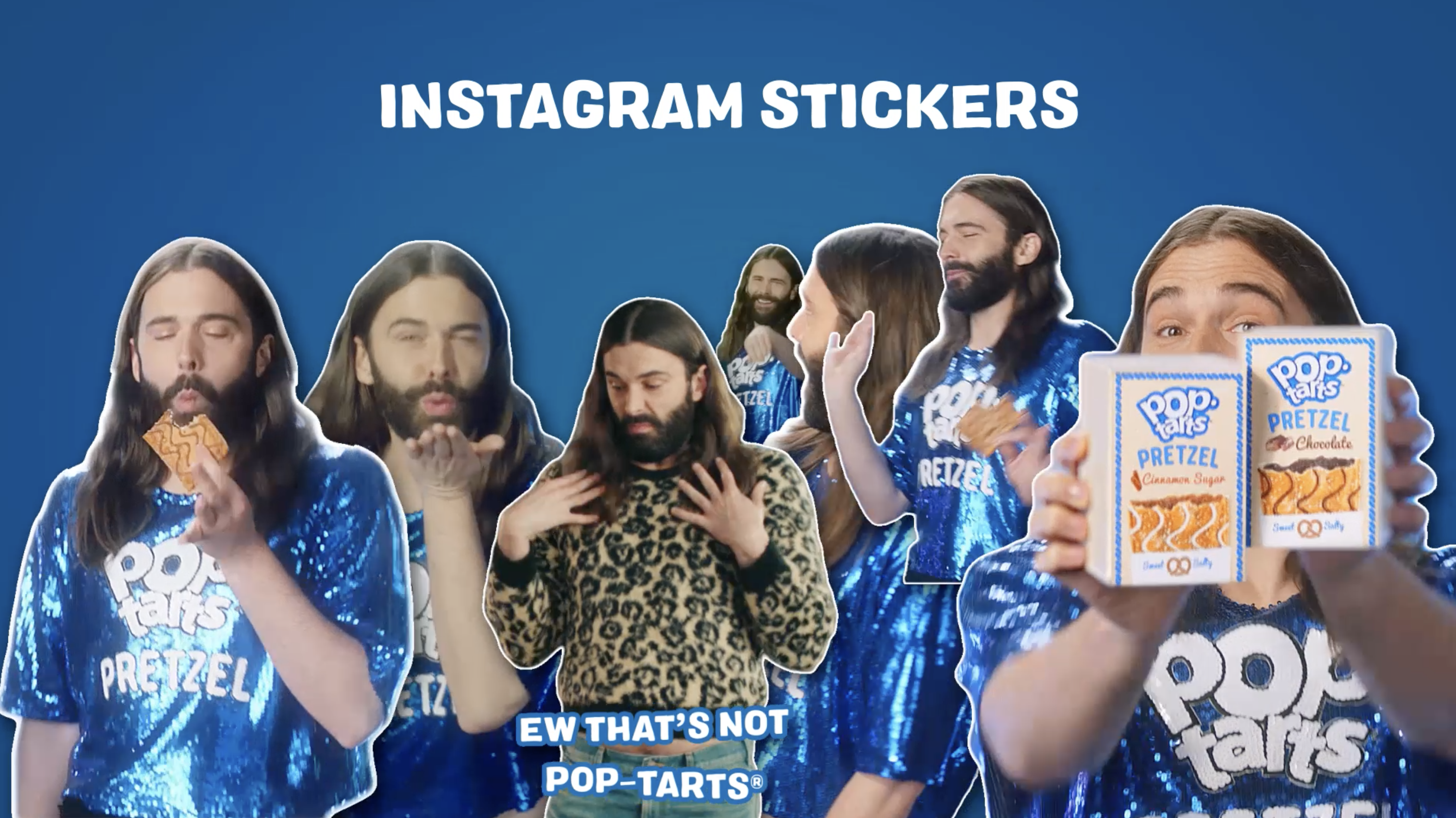 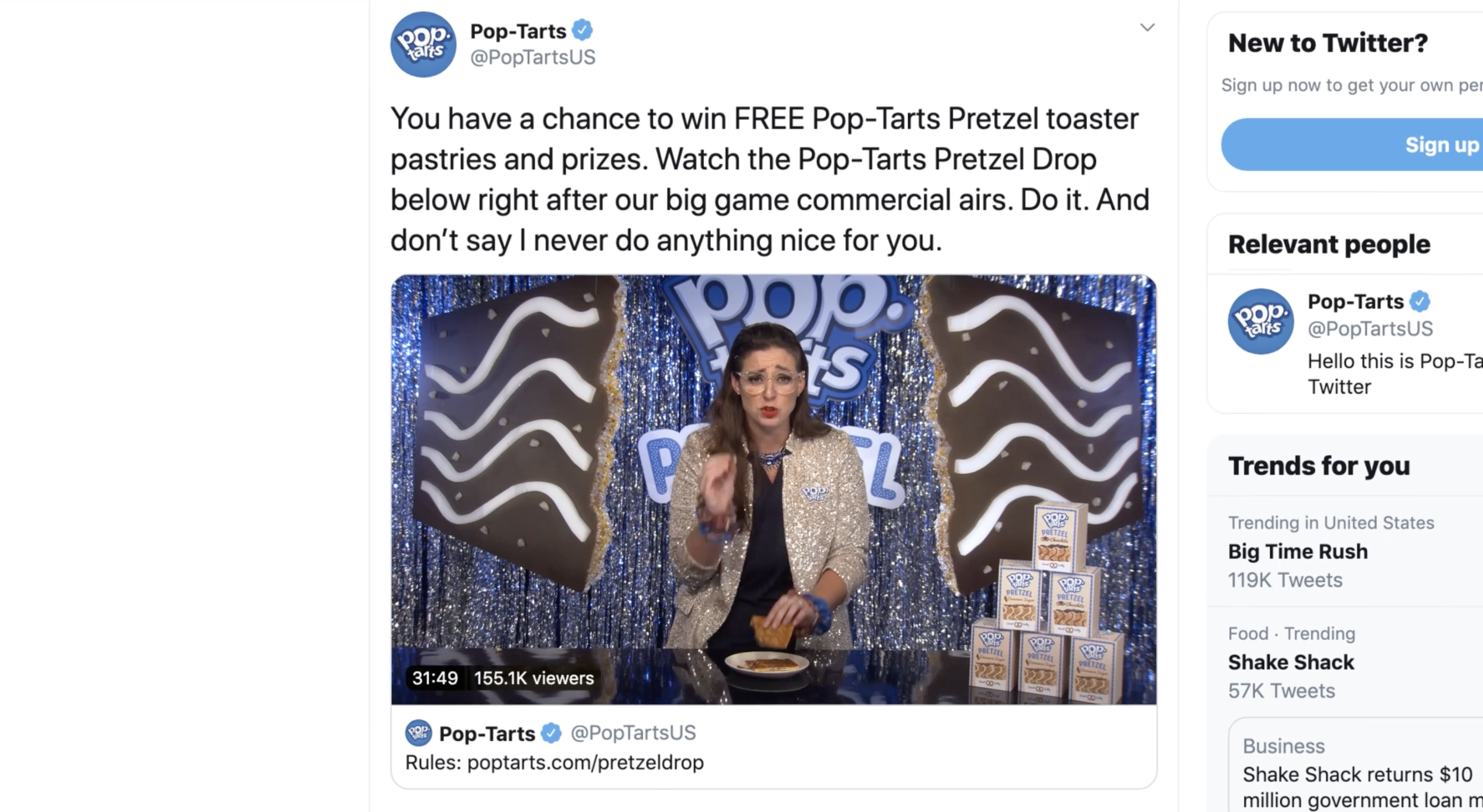 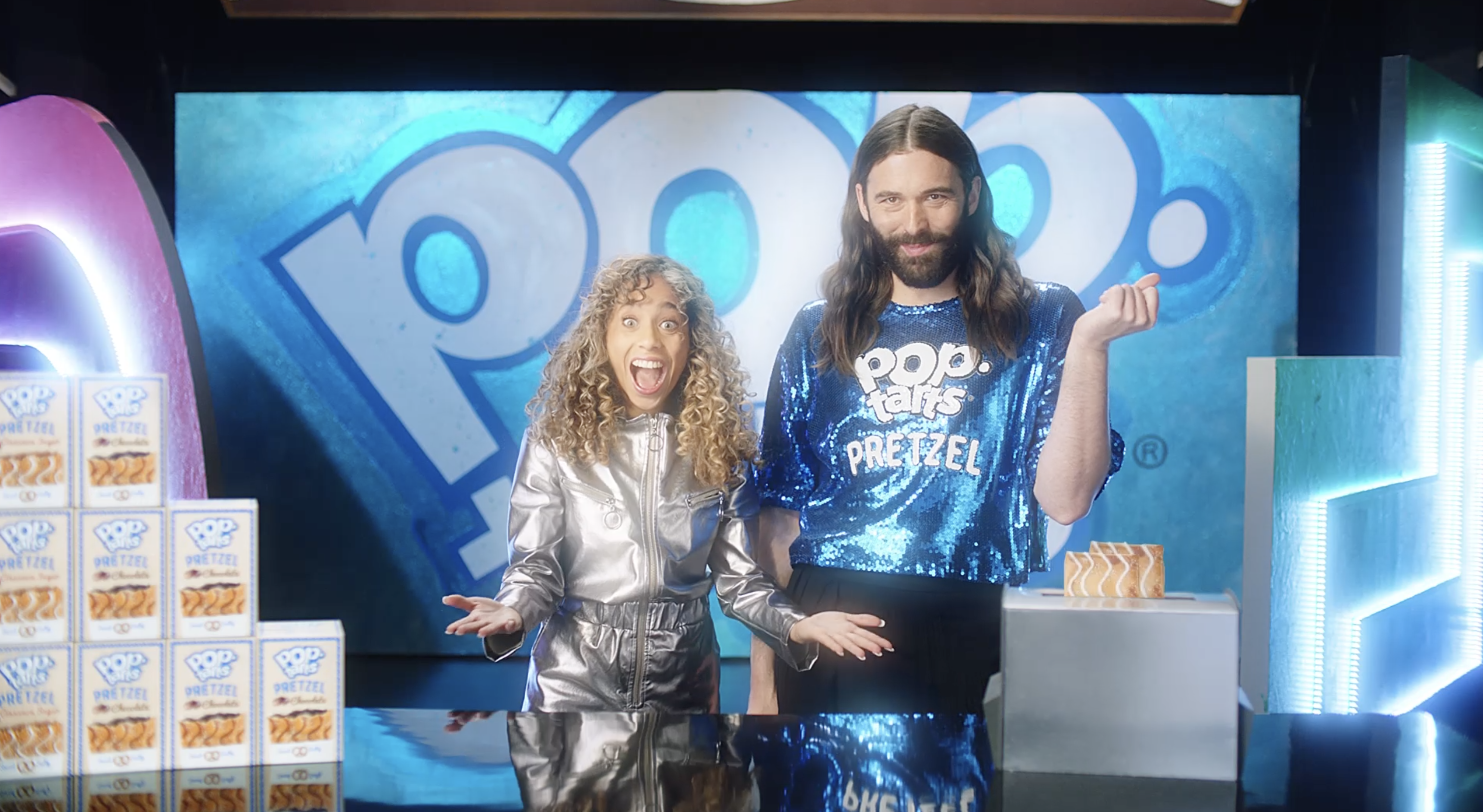 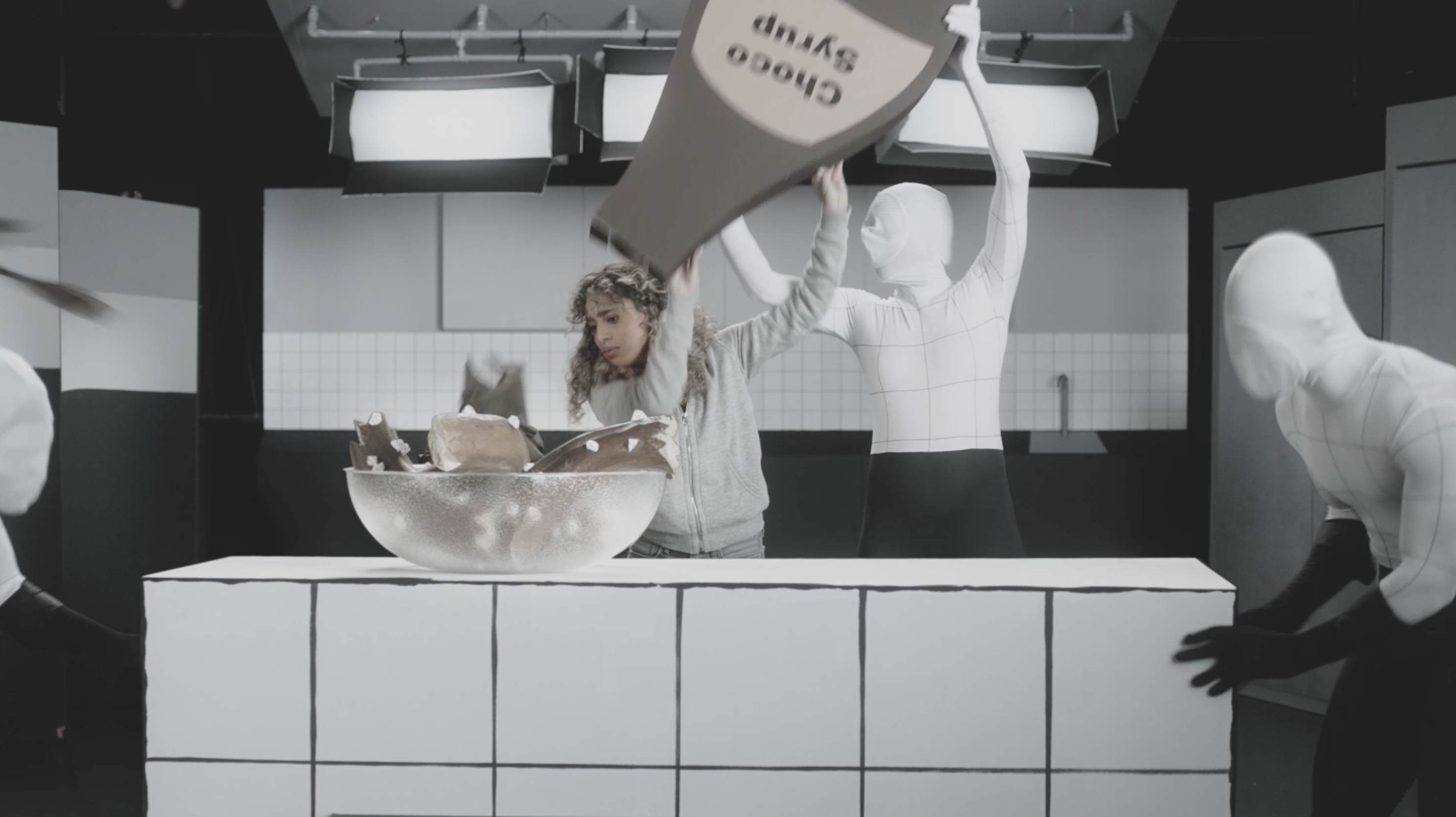 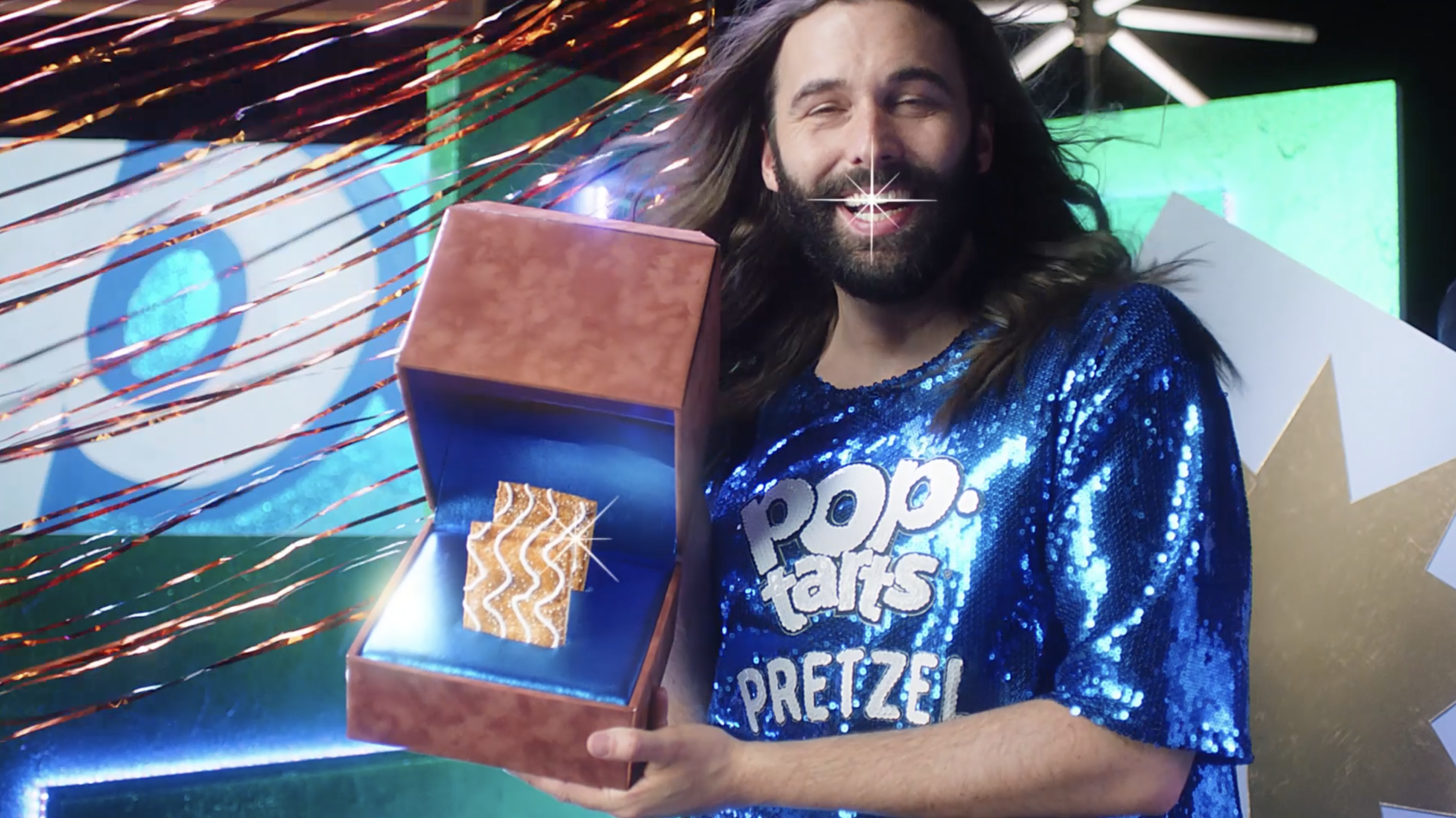 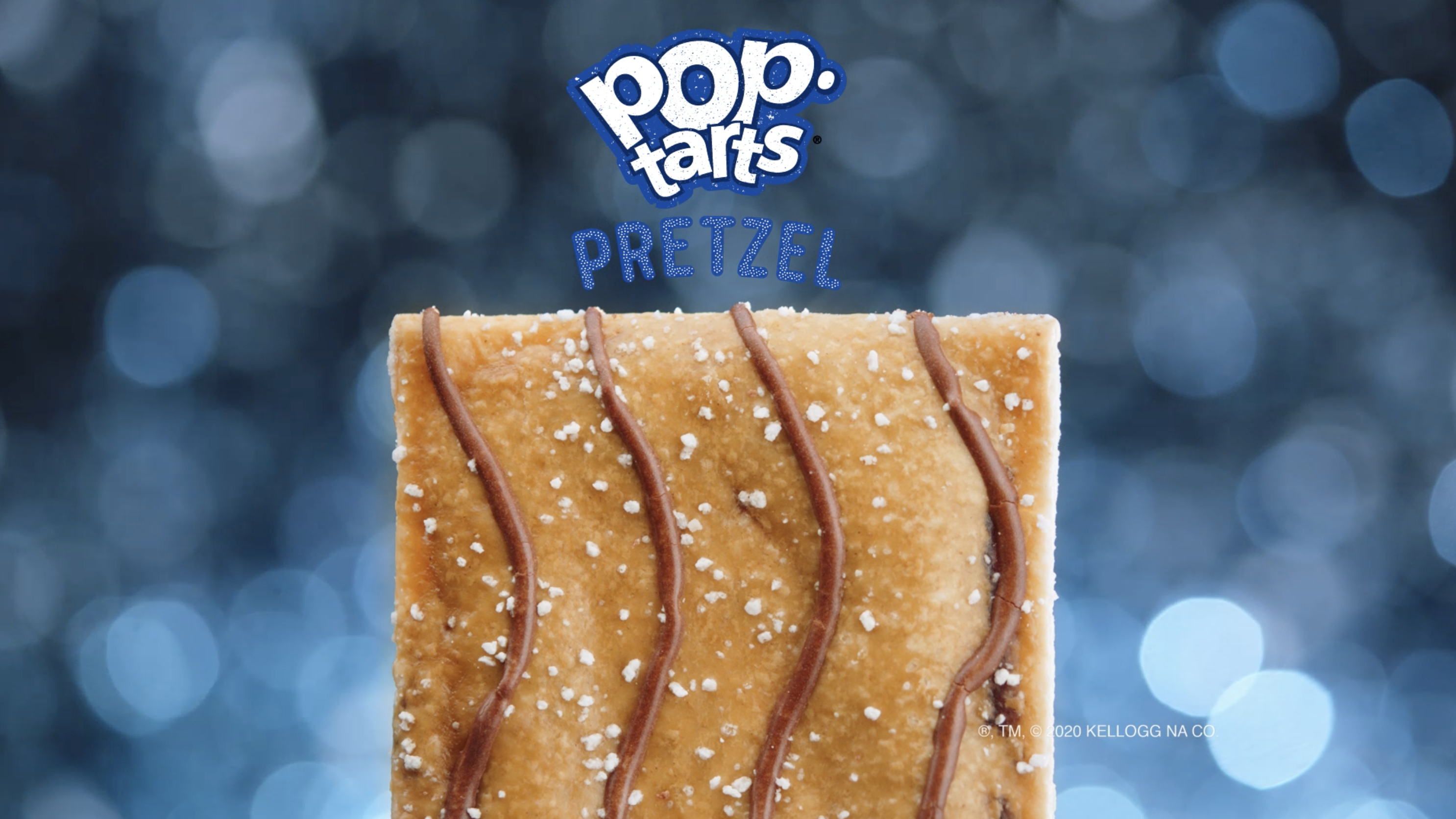 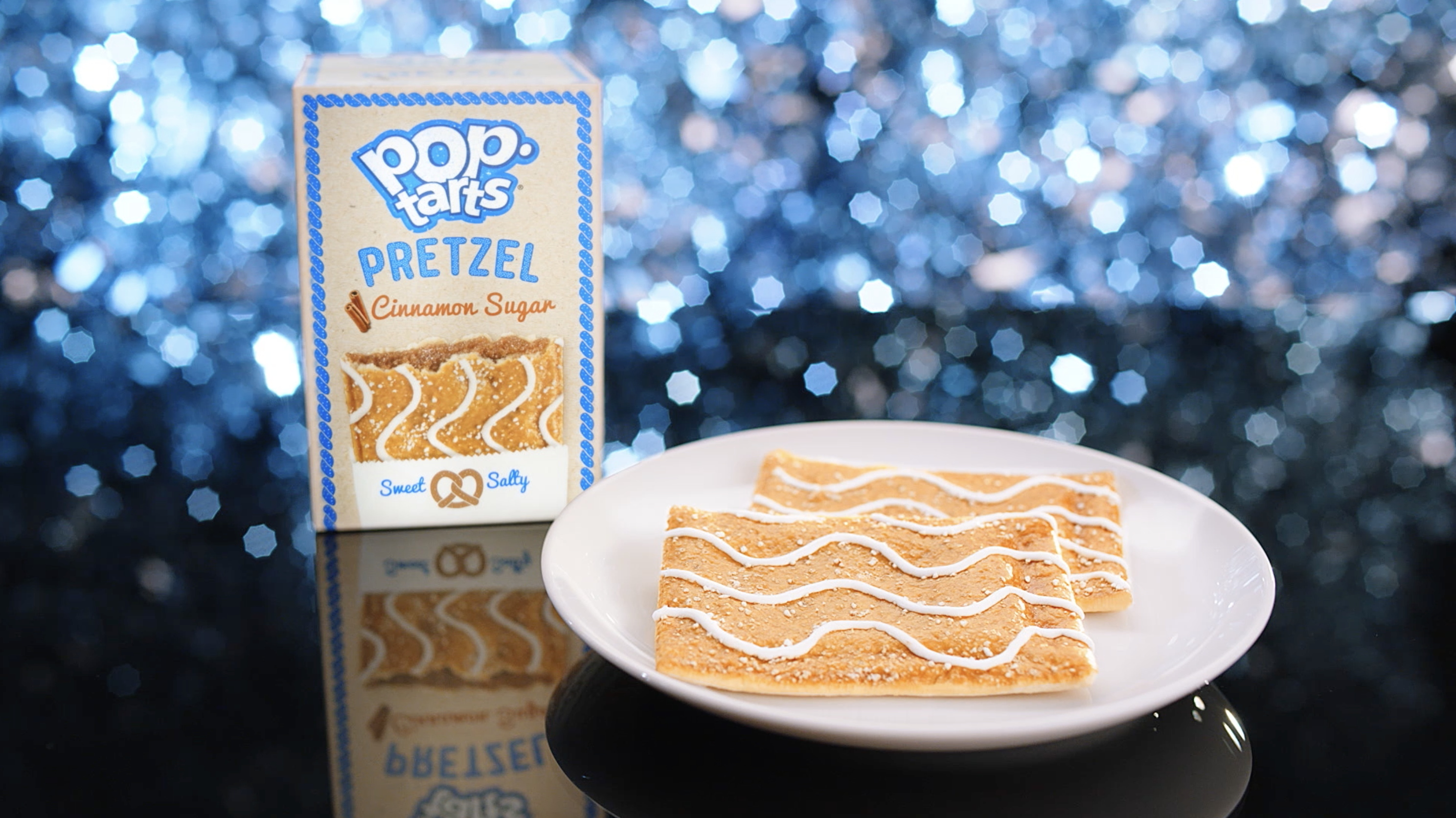 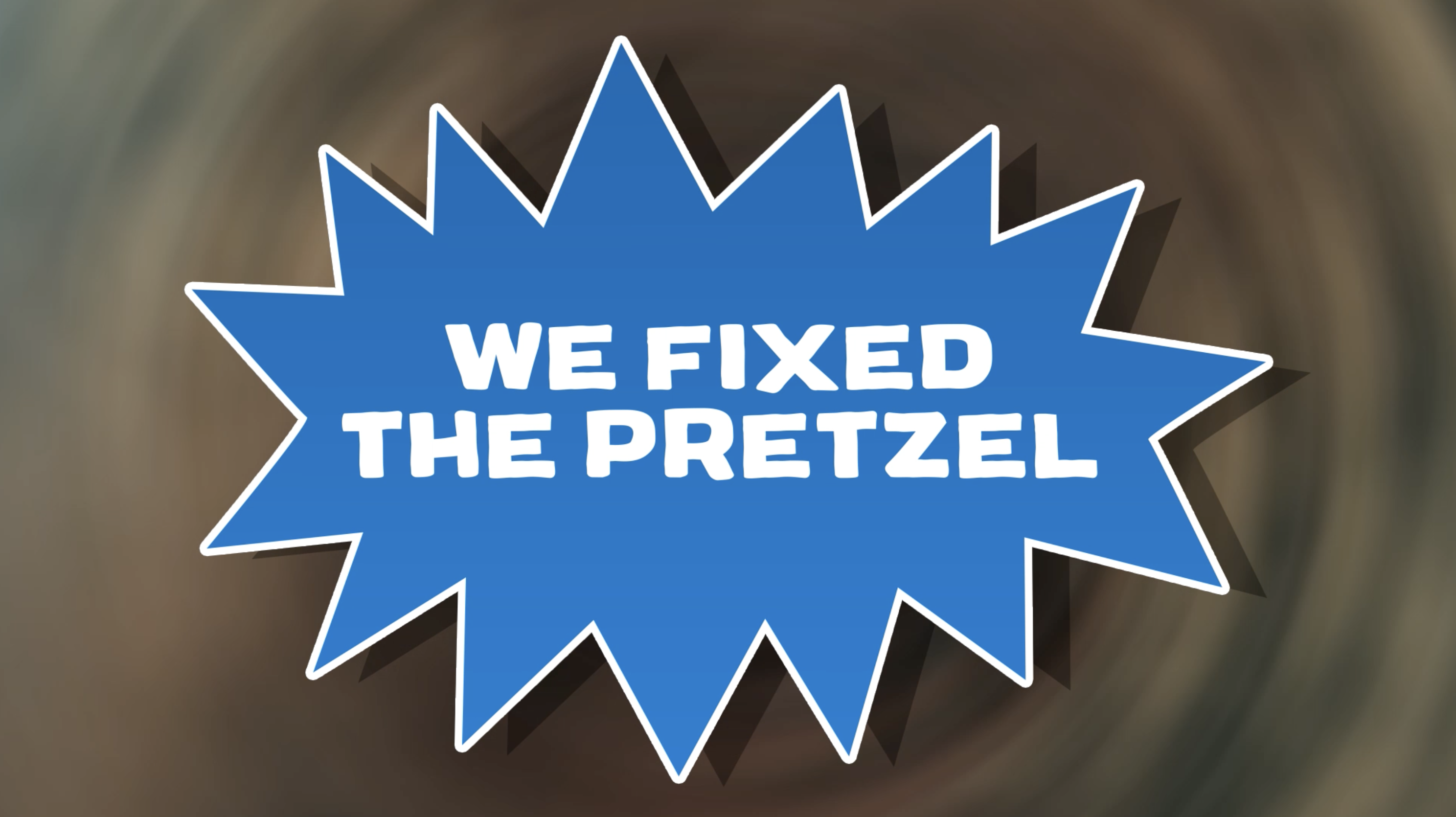