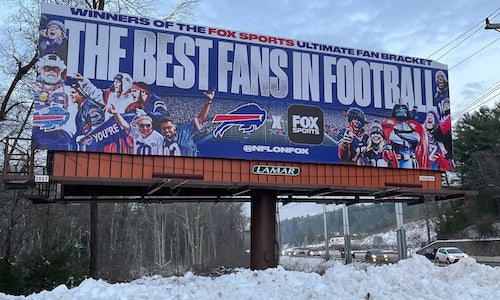 In August 2020, FOX Sports’ digital and social team launched the second annual Ultimate Fan Bracket: NFL Edition to determine the league’s best fan base, turning the unbridled enthusiasm of NFL fans into an authentic and engaging multimedia campaign. The winning team received a trophy and a celebratory billboard near its rival team’s stadium. The inaugural fan bracket event in 2019 was such a success that FOX Sports digital saw the opportunity to replicate the campaign across other properties. The Ultimate Fan Bracket: College Basketball edition launched in April 2020, with North Carolina defeating BYU, earning a billboard in Durham, N.C., the backyard of archrival Duke.

Over 84,000 fans voted in the finals of the 2020 Ultimate Fan Bracket: NFL Edition. The six-seeded Buffalo Bills edged out the three-seeded Green Bay Packers to win the distinction of best fan base in the NFL, with 52.8% of the vote compared to 47.2% for Green Bay.

#BillsMafia cast more than 32,000 votes via Twitter, with a whopping 72% of fans choosing Foxborough, Mass., home to the Bills regional rival, The New England Patriots. The billboard, located just four minutes from Gillette Stadium, was unveiled on Dec. 21, 2020. FOX Sports encouraged fans to use the hashtag #FOXFanBracket when taking photos in front of the billboard.

1.2 million votes were cast in the 2020 Ultimate Fan Bracket., and the billboard placement generated national, local and viral media attention. 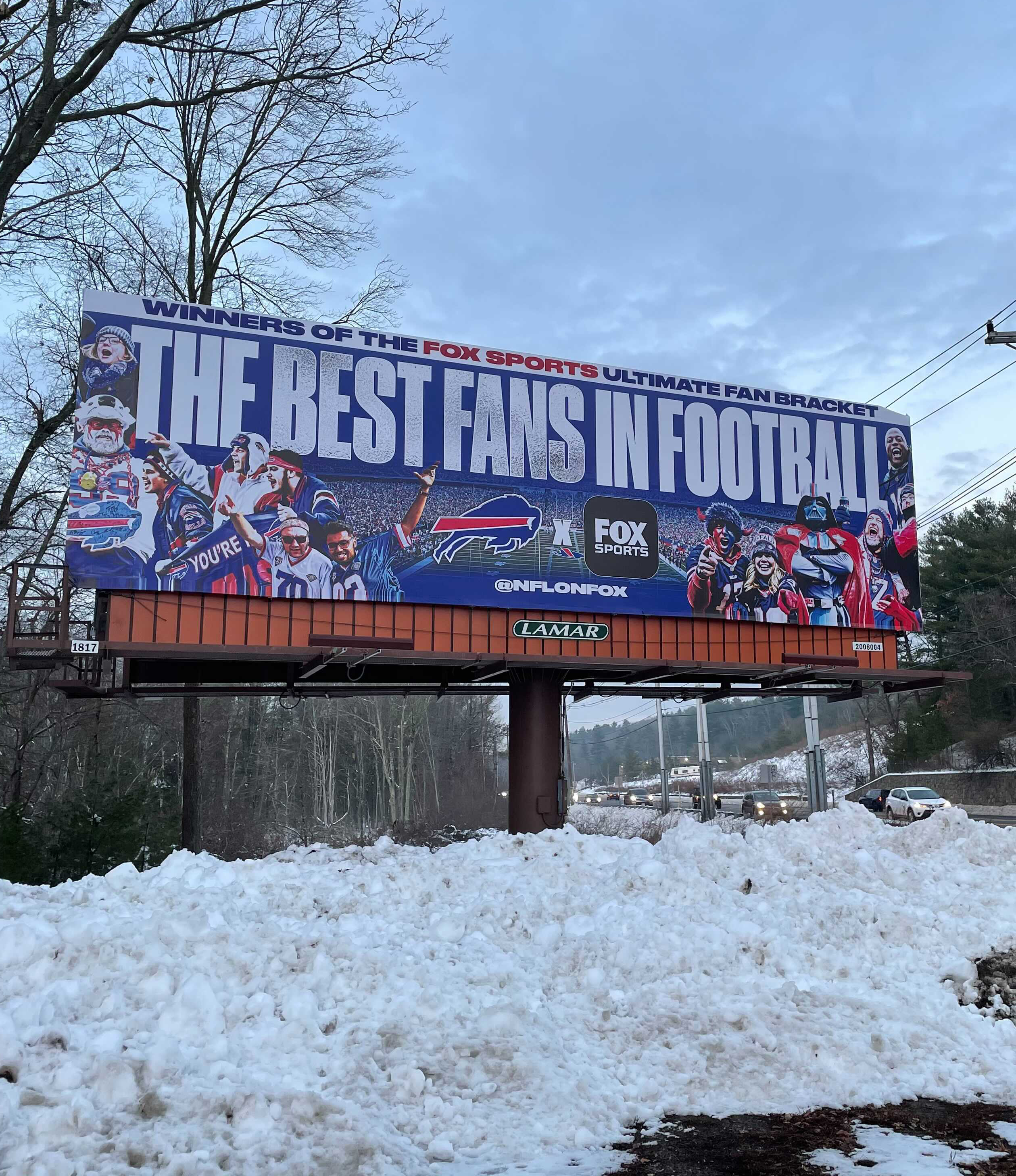