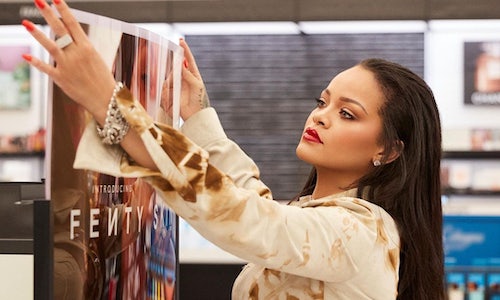 As we began to move towards our highly anticipated retail launch, making a splash with the announcement was top of mind for the team–we wanted to celebrate this launch in a way that only Fenty Skin could! And what better way to celebrate than to show Rihanna herself setting up the Fenty Skin gondolas at a Sephora location near you!

Letting Rihanna lead this announcement was key for a disruptive launch! On December 8th, we released a soft teaser with a static image from the video shoot announcing the retail launch later in the month. Many of our customers thought this initial post was the main event, but little did they know what else we had in store... Cut to December 17th, when we dropped the security camera-style footage of Rih’s Ocean’s 8-inspired “Secret Santa” moment, revving up even more conversation about the brand!

Our “Secret Santa” style launch video truly broke the internet, boosting our follower count by over 160% from the day prior and setting off a barrage of countdown posts and excited user testimonials across all major social channels.

Check out some of our favorite posts about our retail launch announcement video:

“Rihanna can make anything look cool, and that includes sneaking into someone else’s establishment late at night while wearing a matching setto leave behind packaged items during the holiday season. Today, Our Pope played Santa for a new Fenty Skin promo. She’s a stylish one who’s definitely seen Ocean’s 8, and sneaks her newest beauty line into a closed Sephora with a trunk instead of a sack, heels instead of boots, a shiny red lip instead of a hat, and a power drill for good measure. This is all going down to remind you that (1) if you want something done right let Rihanna do it, and (2) starting on December 26, her new Fenty Skin line will officially be living under the same roof as her beloved Fenty Beauty line, in Sephora’s around the world and in Harvey Nichols and Boots in the U.K.” – Erica Smith for The Cut

“Rihanna sneaks into the empty Sephora complete with a drill and an immaculate red lip (is that Fenty Beauty Stunna Lip Paint, I spy...) at the ready, and immediately gets to work. Time is of the essence! Security footage shows her setting up posters of herself and building a display that will make faces glow and bank accounts go broke. It's the Rihanna way!” – Layla Halabian for NYLON

“Welcome to the ops team Miss Riri! 😜” – @sherwynimmanuel via Instagram 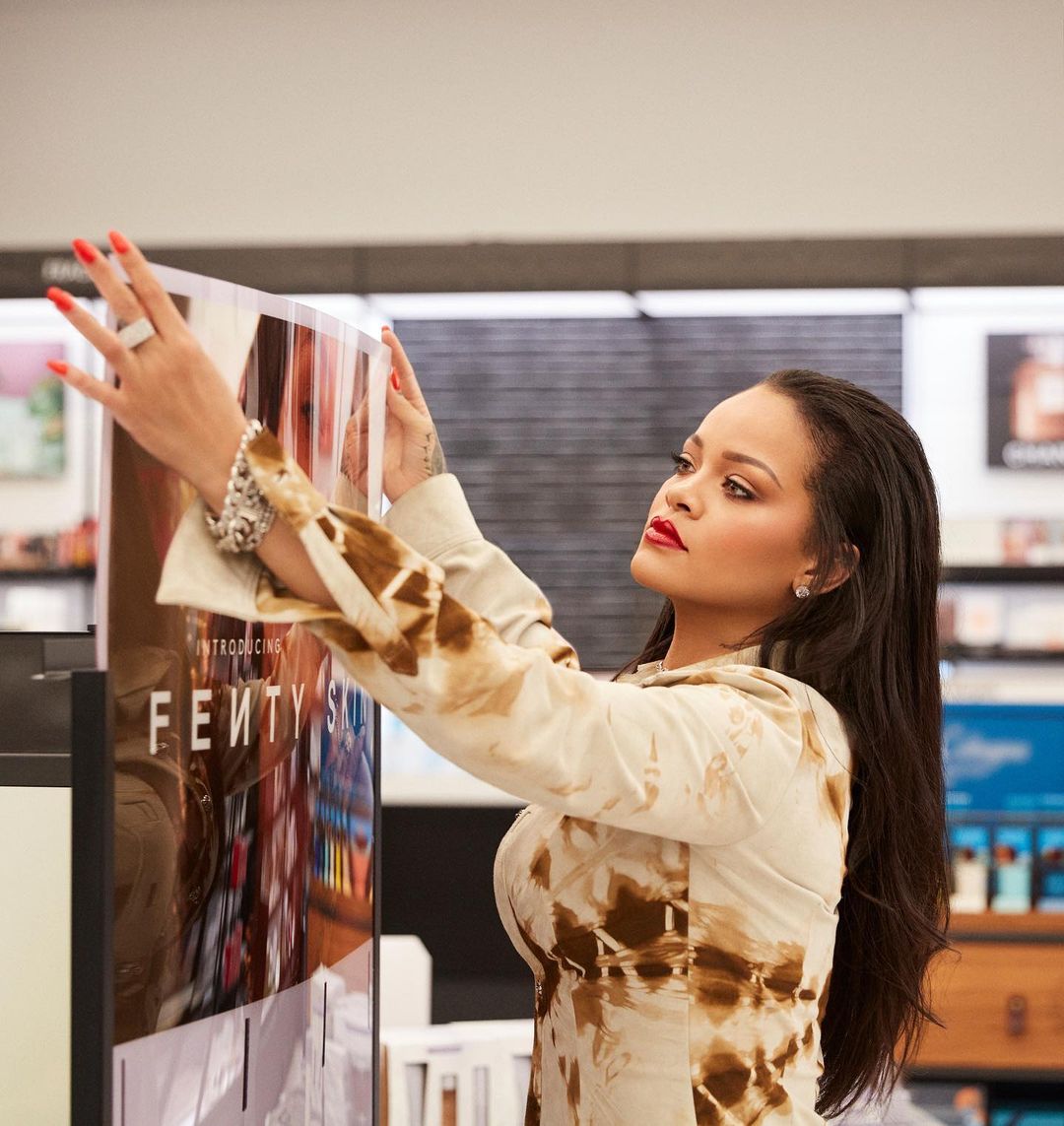