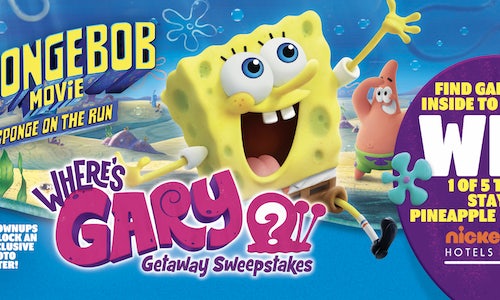 It’s imperative to develop fresh content for both the large and engaged fanbase as well as our retail partners. With that in mind, ViacomCBS developed The SpongeBob Movie: Sponge on the Run, a brand-new theatrical that was full of Kamp Koral adventures!

In this movie, SpongeBob goes on a trip to Kamp Koral and meets some new friends. However, when his pet snail Gary gets kidnapped by Poseidon and taken to the Lost City of Atlantic City, he and his best friend Patrick must go on a rescue mission to save him from the dastardly plan of Poseidon before it is too late.

ViacomCBS’ objective was to create a big splash with SpongeBob at retail that aligned with the new theatrical release & create a marketing promotion that would engage SpongeBob fans & families through a fun & new interactive shopping experience.

Since SpongeBob sales were down in 2019, we were challenged with ensuring that this program would drive business, awareness to the movie and most importantly, bring excitement to the brand. We also wanted to activate this program in hopes that it would engage a broad number of licensees.

To align & bring excitement to this movie, we developed a national sweepstakes promotion that created a rallying cry to fans across the nation to help find 1 in 5 Gary’s hidden in specially marked product.

Our research continues to show that SpongeBob SquarePants remains one of our biggest properties & has reached well beyond its target audience, appealing to not only kids, but the whole family. We have product across a vast number of categories, including CPG, toys, publishing, Home Entertainment, apparel, and more!

We are always looking for new ways for SpongeBob to stand out at retail and decided to bring a new excitement to fans through a developed sweepstakes promotion that the whole family could participate in.

The SpongeBob Where’s Gary Sweepstakes promotion consisted of 5 hidden Gary’s in specially marked packages! We had a total of 7 partners, including Flipz, Goliath, Kraft, Frankford, Primary Colors, Alpha & Drink&Play. This massive partnership culminated in 33 products & 22MM+ skus with refreshed packaging that leveraged the movie artwork and sweepstakes callout! The five winners who did find Gary won a trip to be one of the first to stay in the Pineapple Suite at the Nickelodeon Hotel & Resorts - Riviera Maya in 2021! Sweepstakes promotion support included:

ViacomCBS created the SpongeBob Where’s Gary? Getaway Sweepstakes to promote the new theatrical The SpongeBob Movie: Sponge on the Run. To enhance & bring awareness, we partnered up with Nickelodeon Hotel & Resorts to create the BEST SWEEPSTAKES EVER for our fans. We also worked with our partners to refresh packaging leveraging the movie thematic and sweepstakes callout. We executed marketing in 25k+ stores nationwide that consisted of feature placement, in-store signage, paid social, digital campaigns & more!

Even though this campaign kicked off during the global pandemic, this retail marketing program delivered over 1 billion marketing impressions and garnered sales lifts for the overall SpongeBob business across all categories – (SpongeBob overall sales +43% vs. 2019). We sold over 22MM+ skus nationwide and received 181k weekly sweepstakes entries, the highest # of entries we’ve ever received! Lastly, our exclusive AR photo AR filter was the most successful AR retail activation with 35K active users! SpongeBob never fails to make a big splash wherever he goes! 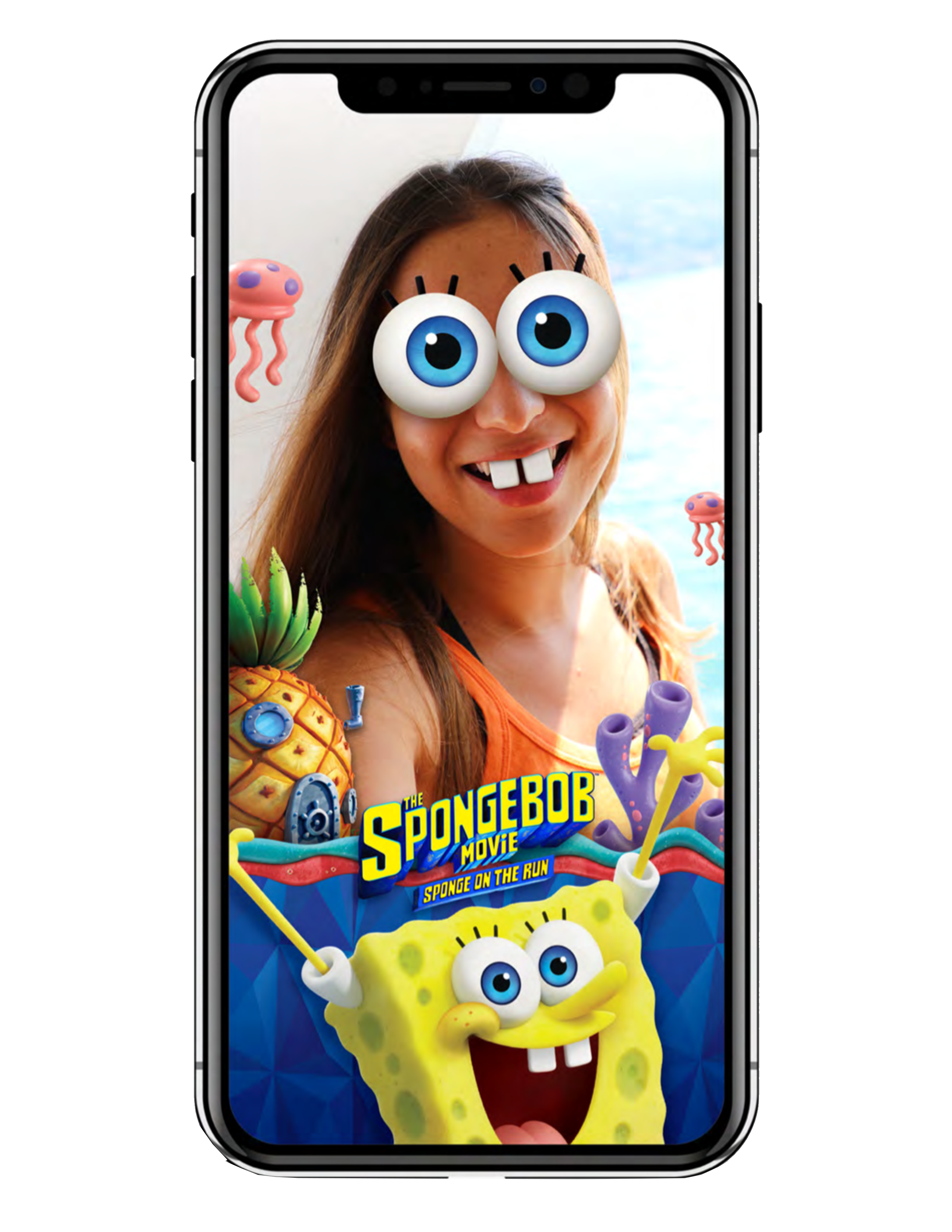 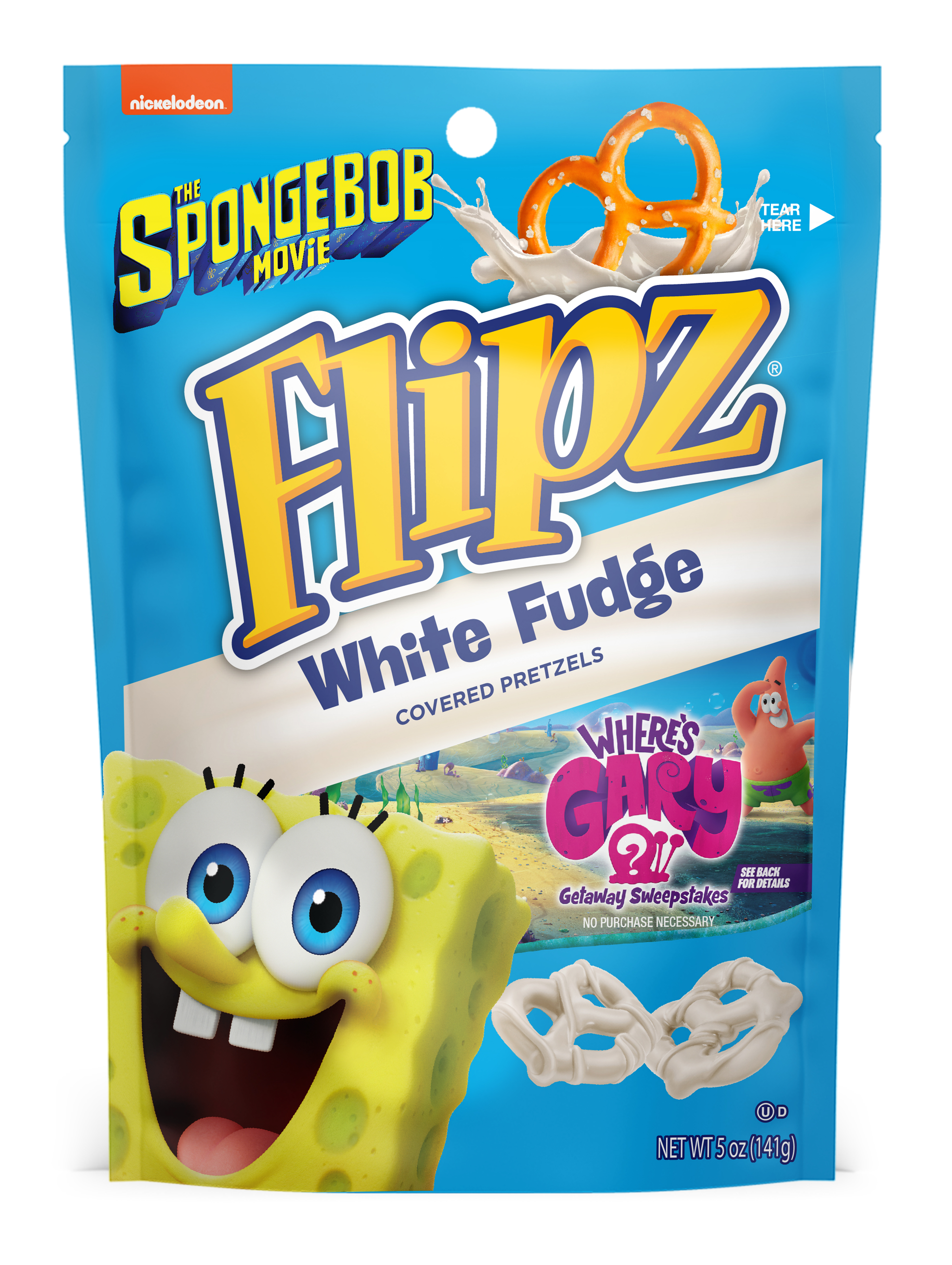 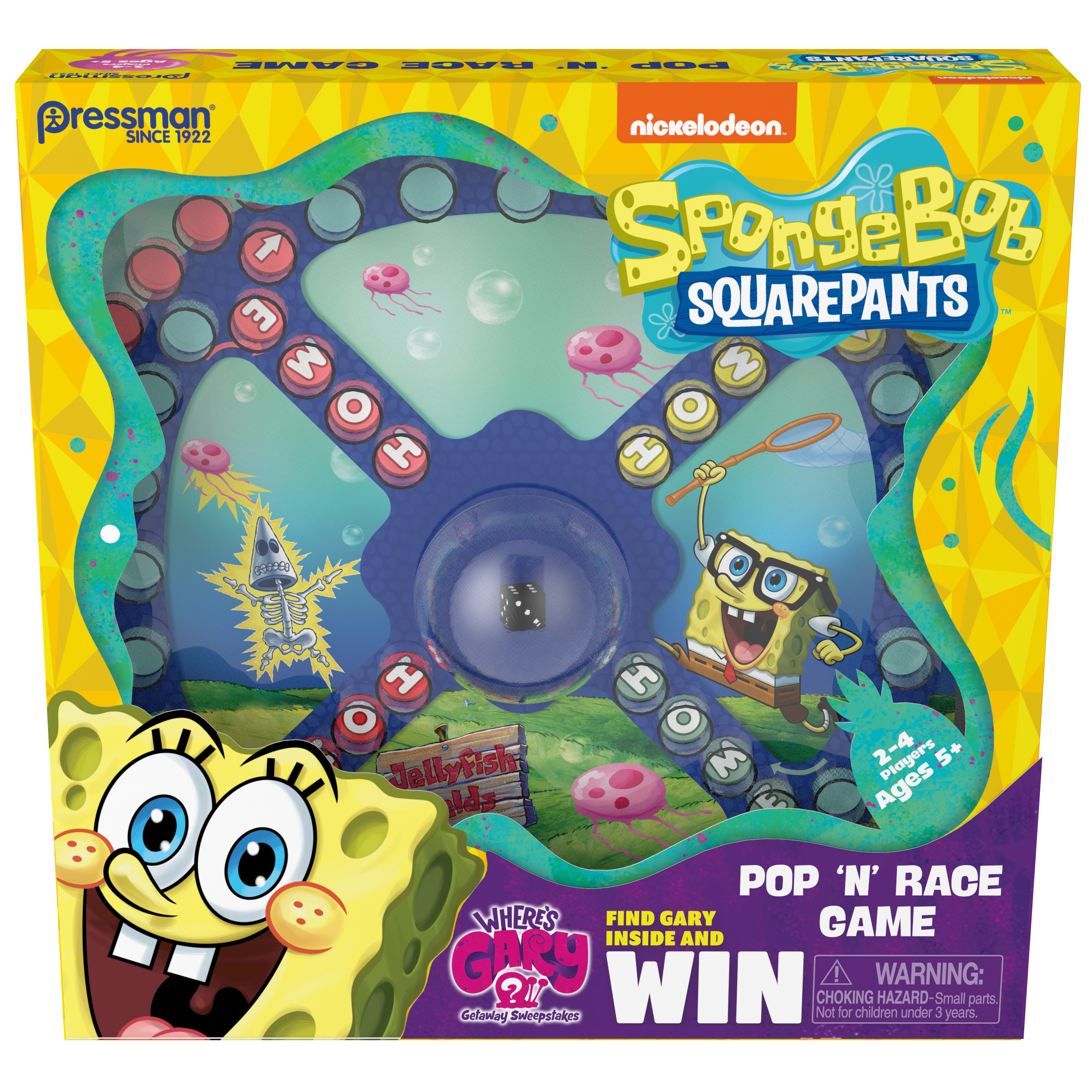 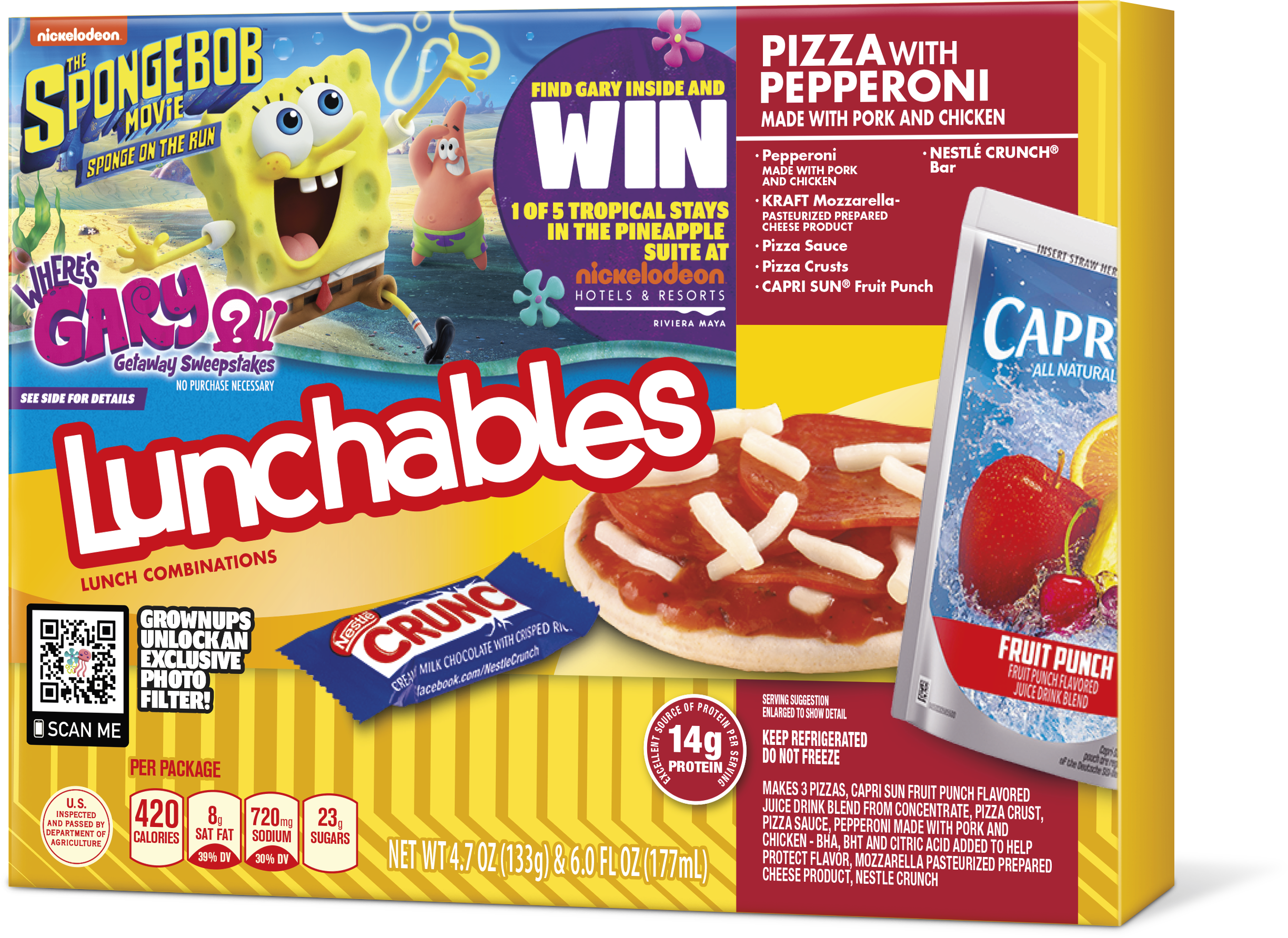 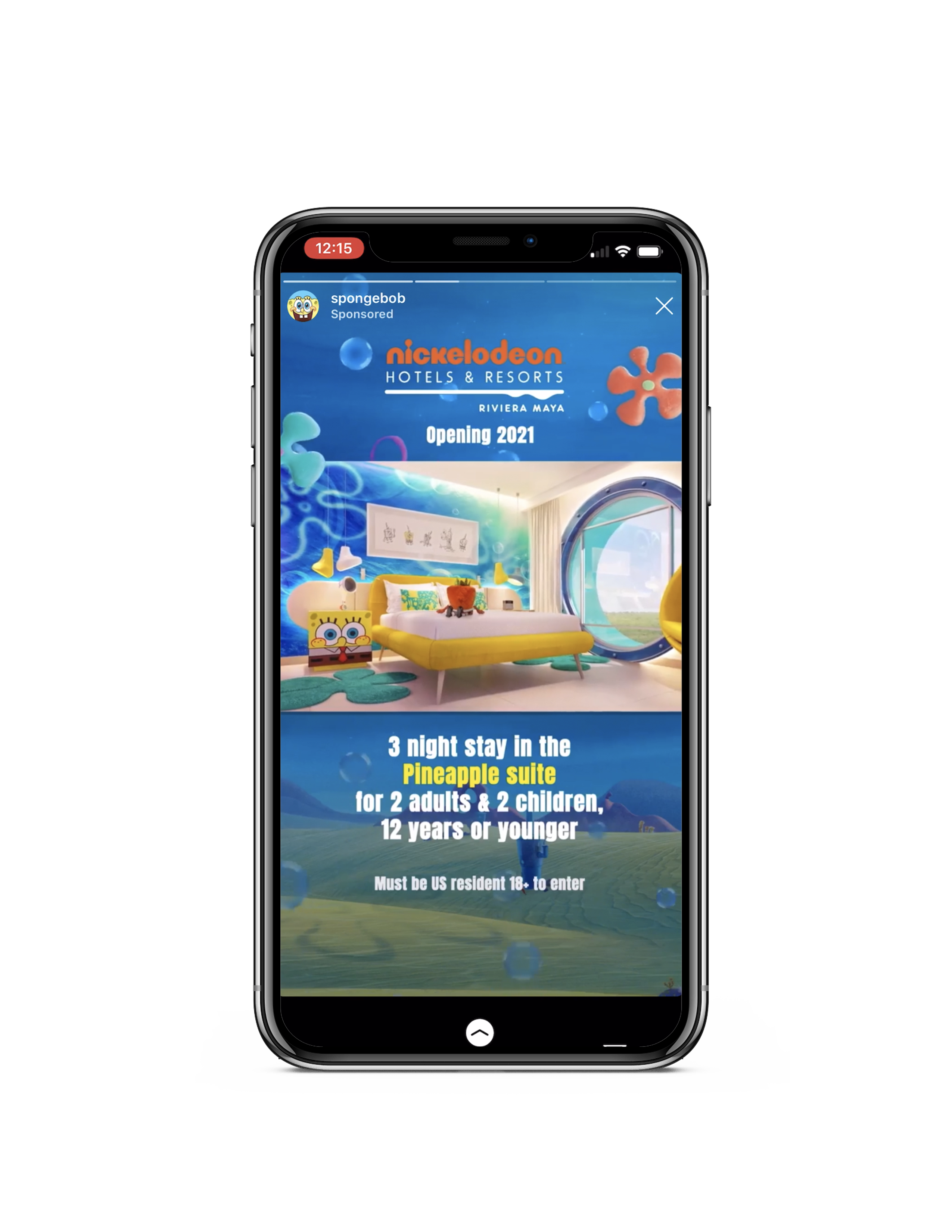 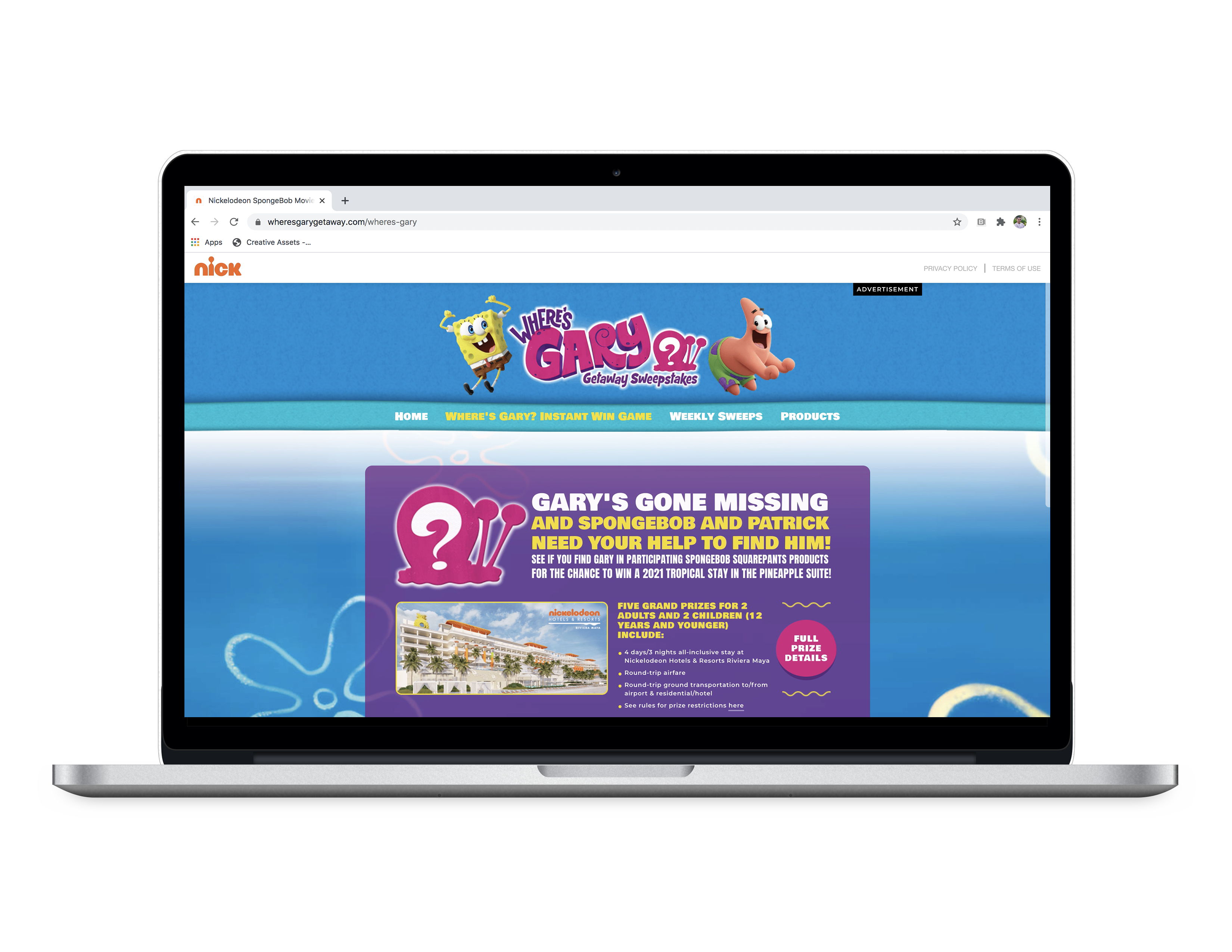