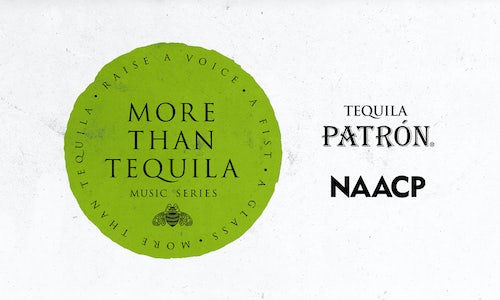 In the midst of the Black Lives Matter movement resurgence, PATRÓN unveiled the More Than Tequila platform and made a pledge to not be just another black square but instead stand with the Black community, be a part of the solution, and take immediate action against inequality.

Among the many challenges faced this year, Black artists lost their opportunity to perform in front of live audiences.

As an extension of the More Than Tequila platform, PATRÓN created the More Than Tequila Music Series, a virtual benefit concert series in partnership with the NAACP. Broadcast on Instagram Live, the concert series has provided up-and-coming Black artists a platform to share their voices, celebrate their talents with a live audience, and an opportunity to grow their own social followings. It also drove donations to support Black-owned bars and restaurants through Backing The B.A.R., the custom initiative between Bacardi (PATRÓN’s parent company) & NAACP, which provides grants to Black-owned Accounts and Retailers providing the resources and education to aid in the critical work of ensuring racial equality in the bar and restaurant industry. PATRÓN’s large social media presence allowed for a seamless call to action for our audience to donate to the NAACP to support Backing The B.A.R.

Thus far, two out of the three concerts have occurred with top-tier talent and up-and-coming Black artists, giving our audience something they've missed this year—live music from their favorite performer—and ultimately kicking off Bacardi’s Backing The B.A.R. initiative.

Historically, Black-owned businesses have had a harder time accessing loans and capital; and many Black businesses are more vulnerable now than ever, given the impact of COVID-19. In fact, the number of working African American business owners have fallen more than 40% amid the Coronavirus — a much steeper drop than other racial groups experienced. PATRÓN felt the need to utilize its platform to assist the Black community.

The More Than Tequila music series campaign elements included a cocktail & conversation pre-show on the PATRÓN Instagram channel featuring the headliner and a Black bartender spotlight, a live concert on the headliner’s Instagram with performances from three emerging Black artists, and charity partner NAACP, which viewers were encouraged to donate to throughout the pre-show and concert utilizing a pinned link.

The first concert pre-show kicked off on the PATRÓN Instagram with Bartender Sol Thomas hosting Rapsody and the second concert pre-show featured Bartender Kapri Robinson hosting 6LACK, to discuss the Backing The B.A.R. initiative. Immediately following, viewers jumped to the headliners’ pages for an interactive show on Instagram Live, featuring Rapsody, Cyanca, GQ and Deante’ Hitchcock for concert one and 6LACK, Mereba, Kitty Ca$h and BRS Kash for concert two. Both concerts followed the same formula, with more concerts in the pipeline.

To drive tune-in and awareness, we created video content, announcement posters, giphy stickers and engaging graphics, teaser and recap content for the artists.

The concert performances resulted in over 193K+ livestream views, 22.7K+ social engagements, and 19M+ social impressions, as well as placed PATRÓN at the top of SOV amongst competitors after the first concert in October and the second concert in December, and increased Instagram followers. On the paid front, the campaign earned over 37.9 million media impressions.

The More Than Tequila campaign was an integrated, purpose-driven campaign that extended across organic and paid social and PR.

Earned media was leveraged to organically promote the campaign, charity platform and emerging artists. Overall, the campaign saw 879.8M+ media impressions in lifestyle, music and marketing publications, highlighting the concert series, artists and overall work. Additionally, the campaign secured two feature interviews with Rapsody in Earmilk and Essence and three interviews with 6LACK in Forbes, BET and Rap Up. PATRÓN also received the second highest SOV amongst competitors at 22.3% after the first concert in October from Sept. 23 - Oct. 23 and highest SOV amongst competitors after the second concert in December at 41.9% from Nov. 11 - Dec. 11.

But even more importantly, the NAACP saw 560+ Site Visits with a 4% conversion rate and the campaign cross-promoted on NAACP social channels to over 1+ million followers. 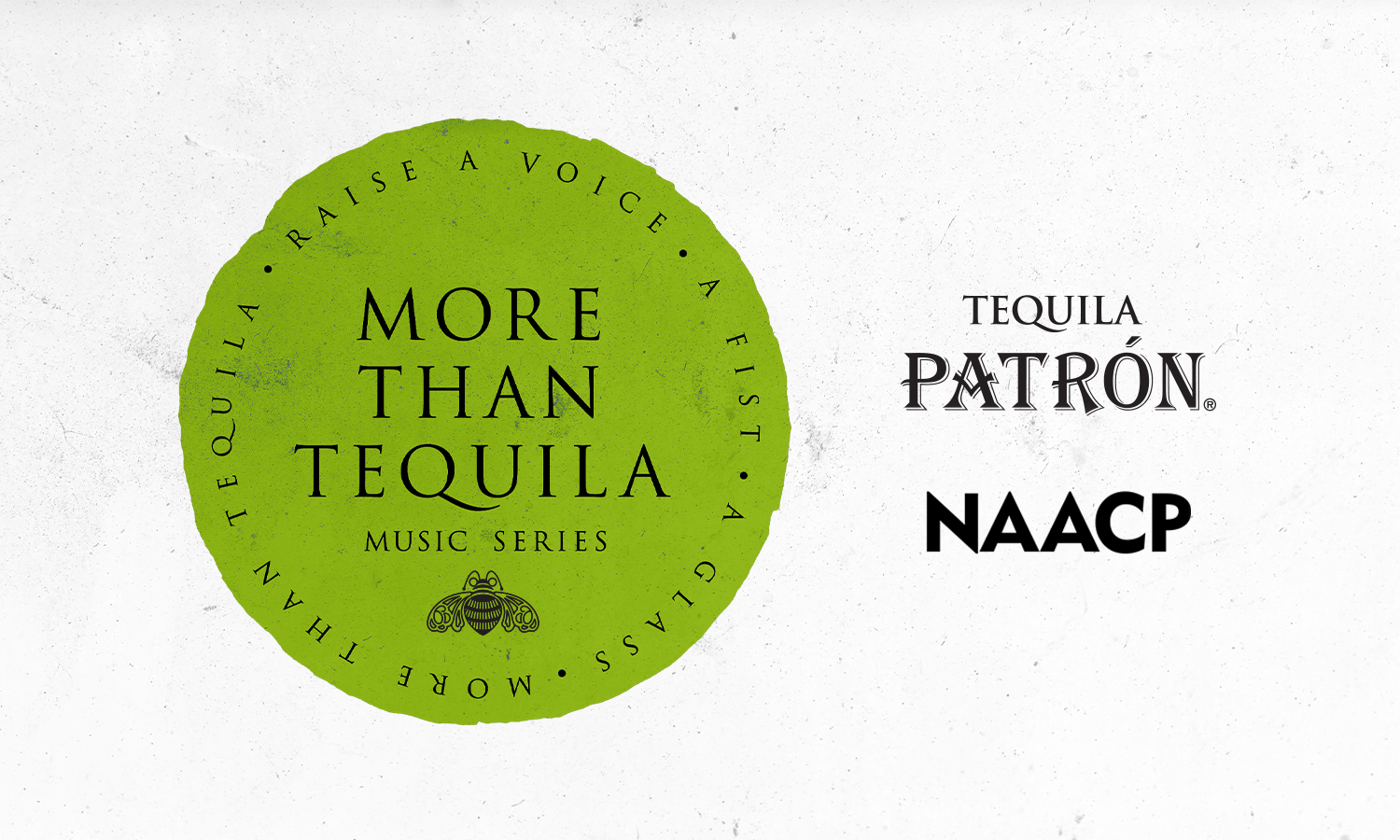 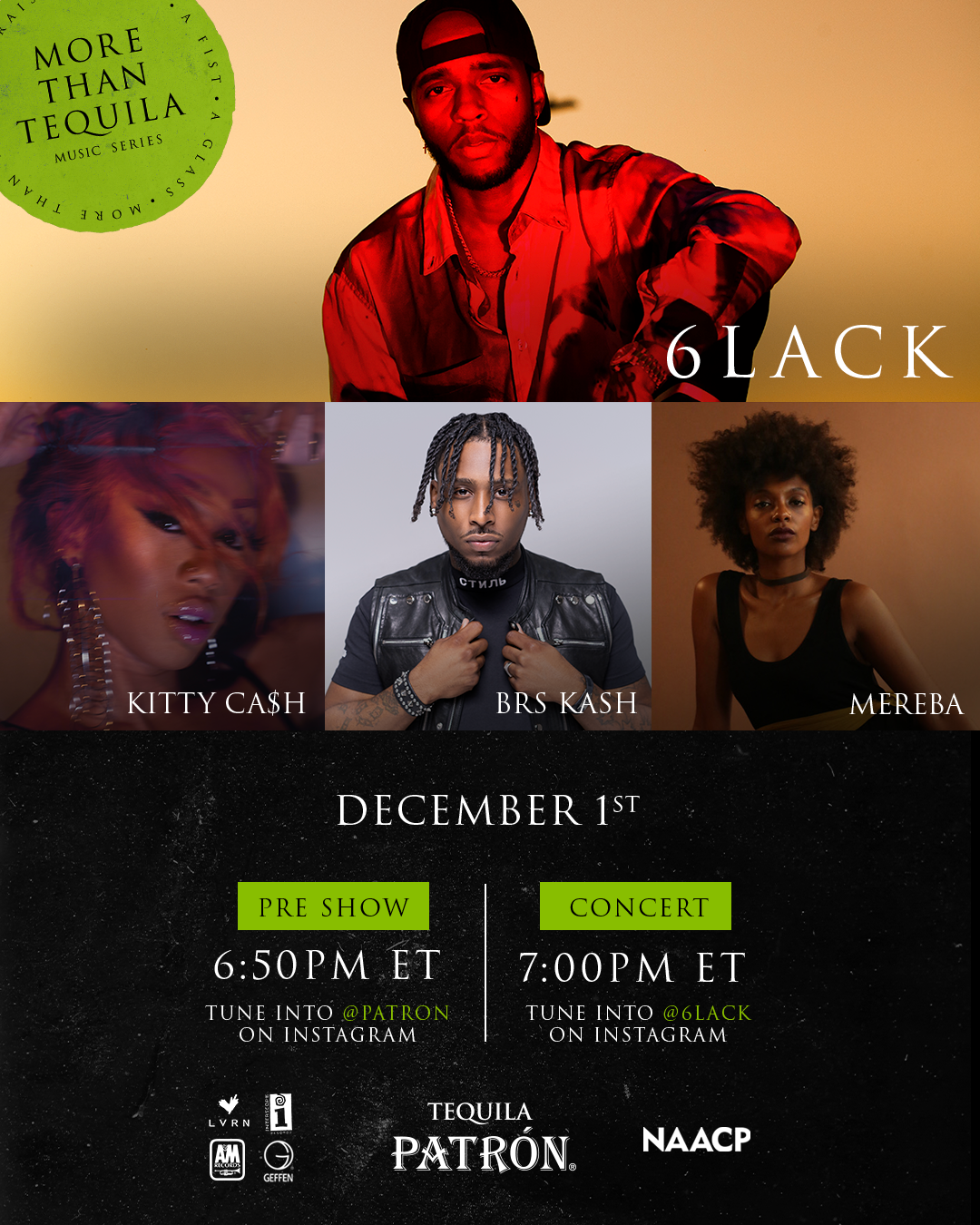 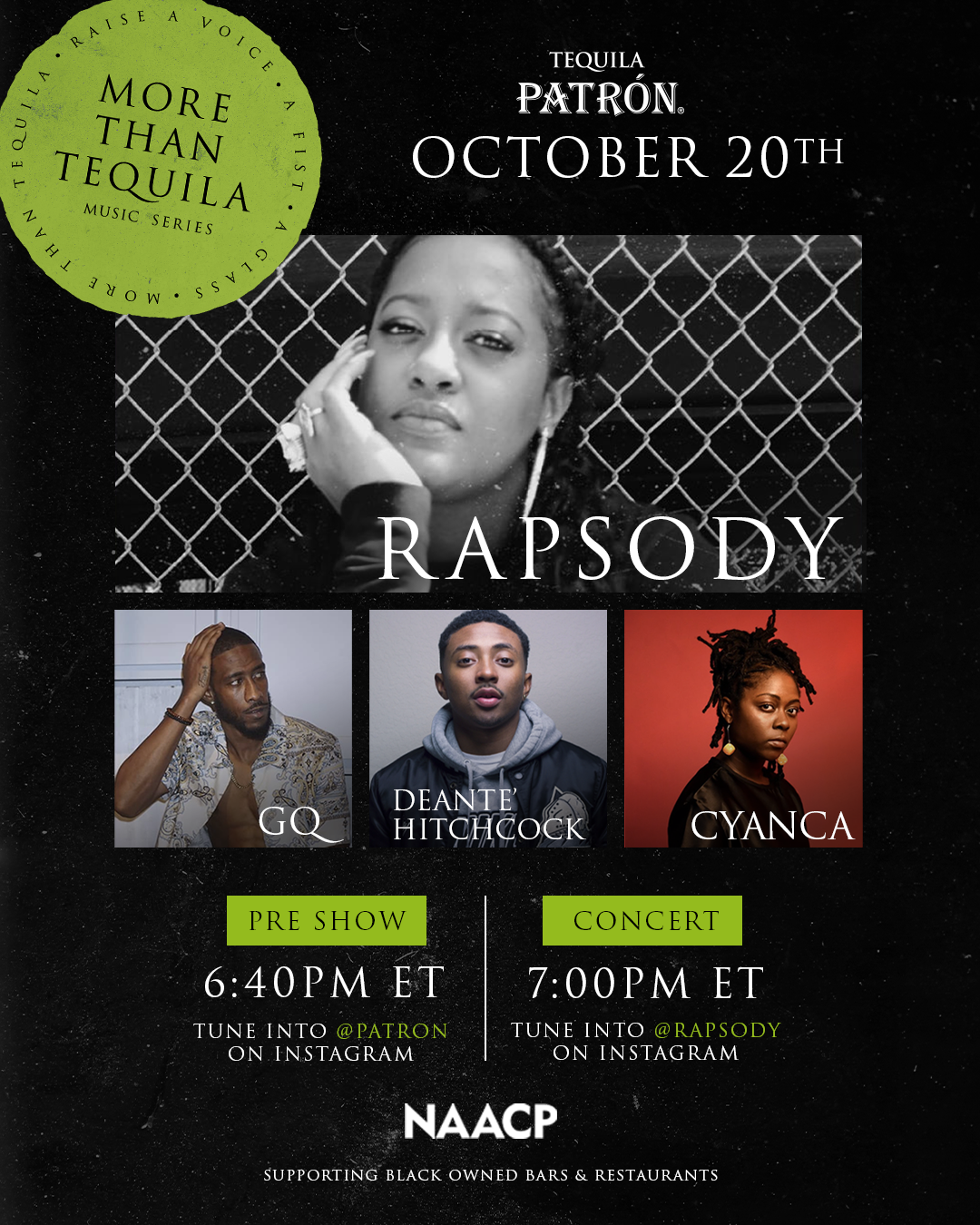