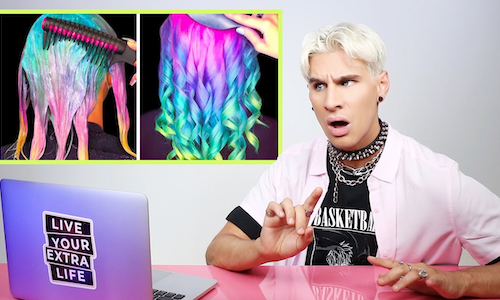 Build an engaging Facebook community for professional hair stylist Brad Mondo and become the top destination for everyone who loves to have fun with hair including: DIY hair inspiration, styling tips, color tutorials, and reaction videos. Foster an encouraging and inclusive community that promotes self-confidence and self-expression with humor, good vibes, and kindness.

The internet’s favorite hair stylist Brad Mondo is known for his YouTube videos where he reacts to at-home hair transformations with his signature humorous charm and dishes out helpful tips to get it right. To reach new fans and spread good hair days to even more viewers, global creator company Jellysmack helped Brad take his content to Facebook beginning in January 2020.

Brad and Jellysmack partnered to publish original videos about 5 times per week to keep fans continually engaged with fresh content. Whether it’s an 8-minute tutorial on how to cut your own bangs or breaking down DIY color transformations, Brad serves up the perfect mix of professional knowledge and friendly advice that fans crave.

To keep an open two-way conversation, the strategy included posing questions along with videos and asking fans to share their own hair images on Brad’s main Facebook page and his hyper-fan Facebook group.

The overall approach was to maintain a positive attitude and focus on uplifting every beauty lover Brad features on his page, even the ones with the most epic hair fails. This set the tone for the entire community and as a result, the audience followed his lead—negativity and trolling are not welcome.

To help maximize engagement, Brad and Jellysmack often relied on video suggestions gleaned from the official Facebook page and the official Brad Mondo Facebook Group. The Official Group was created by Jellysmack and consisted of the most highly engaged fans who shared tales of hair transformations and stories about their favorite Brad Mondo videos.

In order to maximize the impact of video content, Jellysmack also leveraged it’s exclusive multi-variant testing approach that vets the best video edit, caption, thumbnail and other features so each post was ready for its close-up. In the spirit of true partnership, the company also shared performance insights so Brad was able to refine his content and cater to what his fans loved most.

In just 12 months, Brad Mondo has achieved blowout results on Facebook with help from Jellysmack. He built up his “loyal clientele” from 277K to 8.6 million followers, and an official Facebook Group of over 330K. This loyal fanbase racked up 2.4 billion views and 33 million engagements in 2020. One of Brad’s top performing video on Facebook in 2020, “Reacting to New TikToks” was viewed 92 million times and supported his growing cross-platform community.

Brad Mondo has become the internet’s go-to hair stylist and a cultural icon since first launching his YouTube channel in 2017. After branching out to Facebook, Brad has won over millions of new fans and has reached new heights in his career as a hair stylist. In 2020, Brad expanded his hair care line, XMONDO to include XMONDO Color, a line of vegan semi-permanent hair dye.

His influence has even sparked a phenomenon of fans filming themselves doing their own hair transformations in hopes of catching Brad’s attention and getting his feedback or appearing in one of his reaction videos.

If you ever see a hair video that says “Sorry, Brad,” he’s the one they’re talking to. 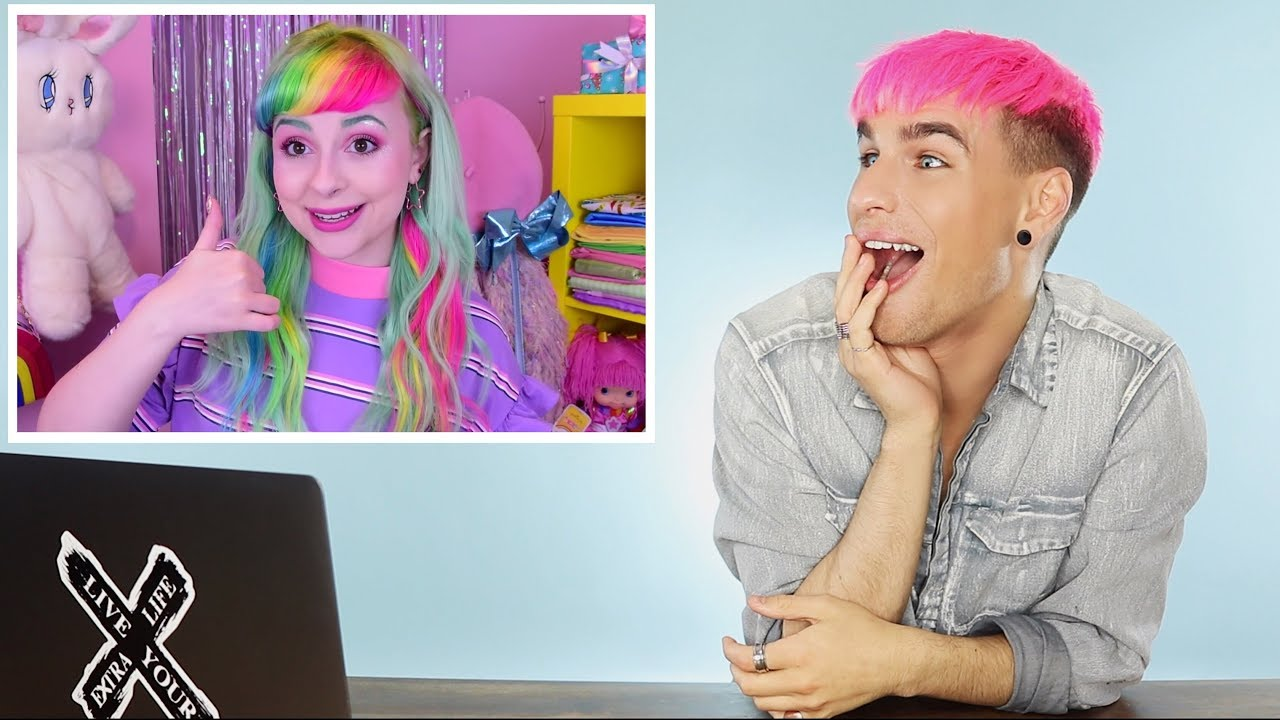 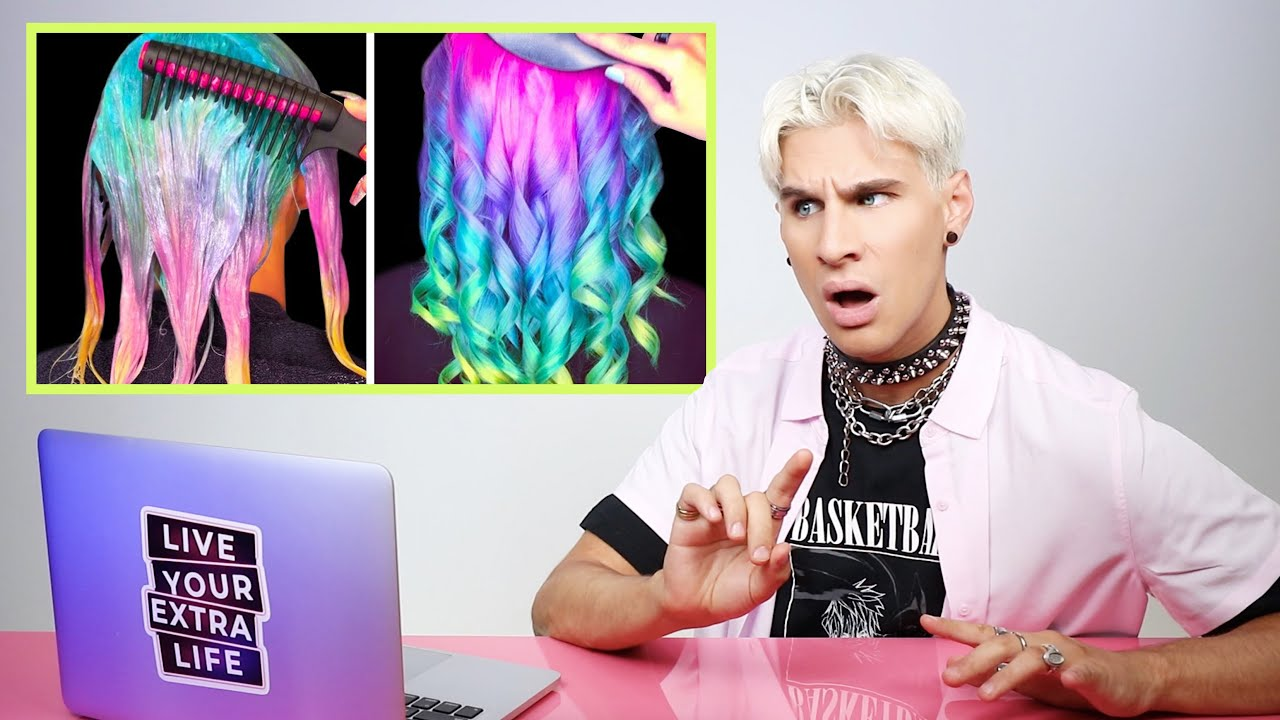 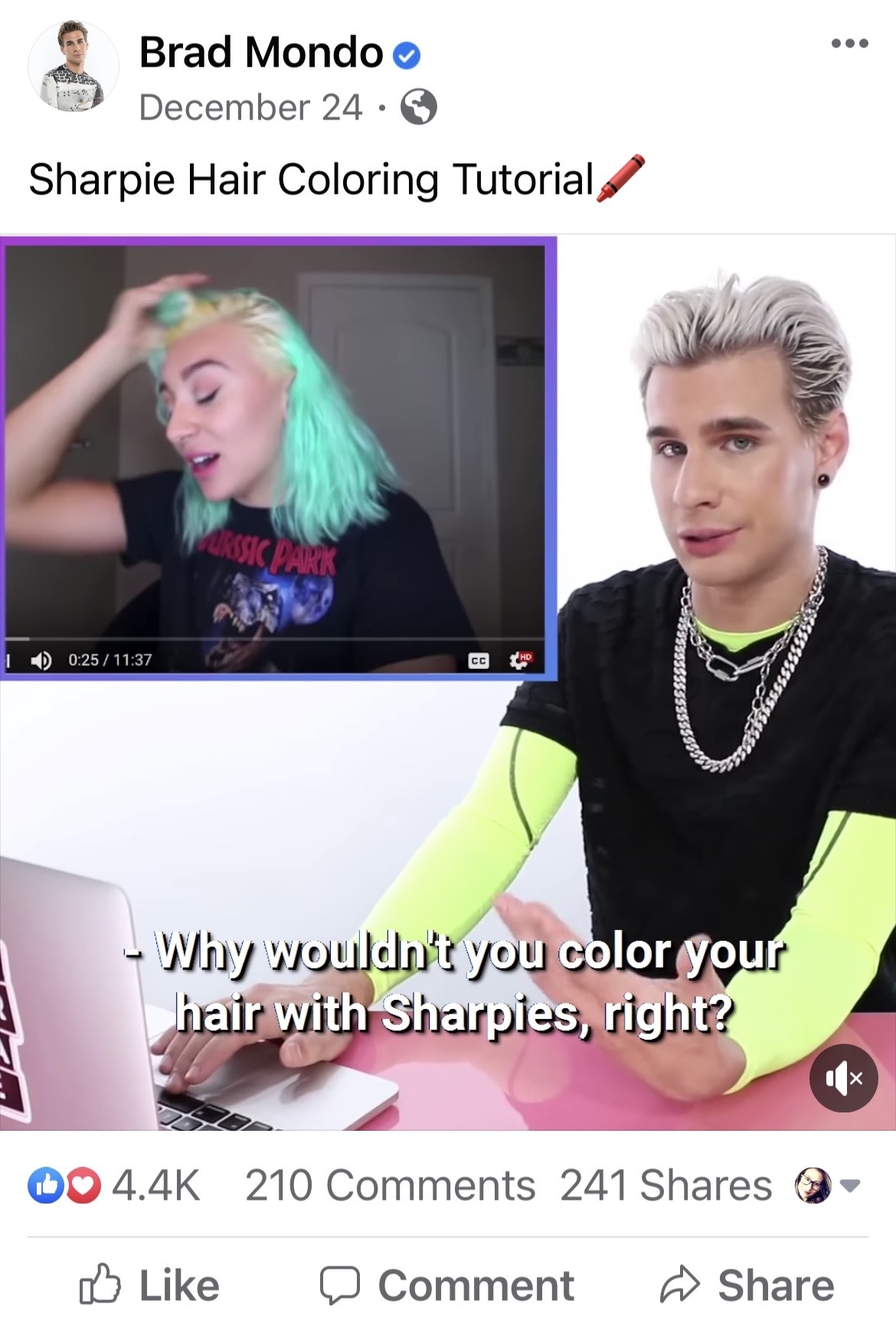 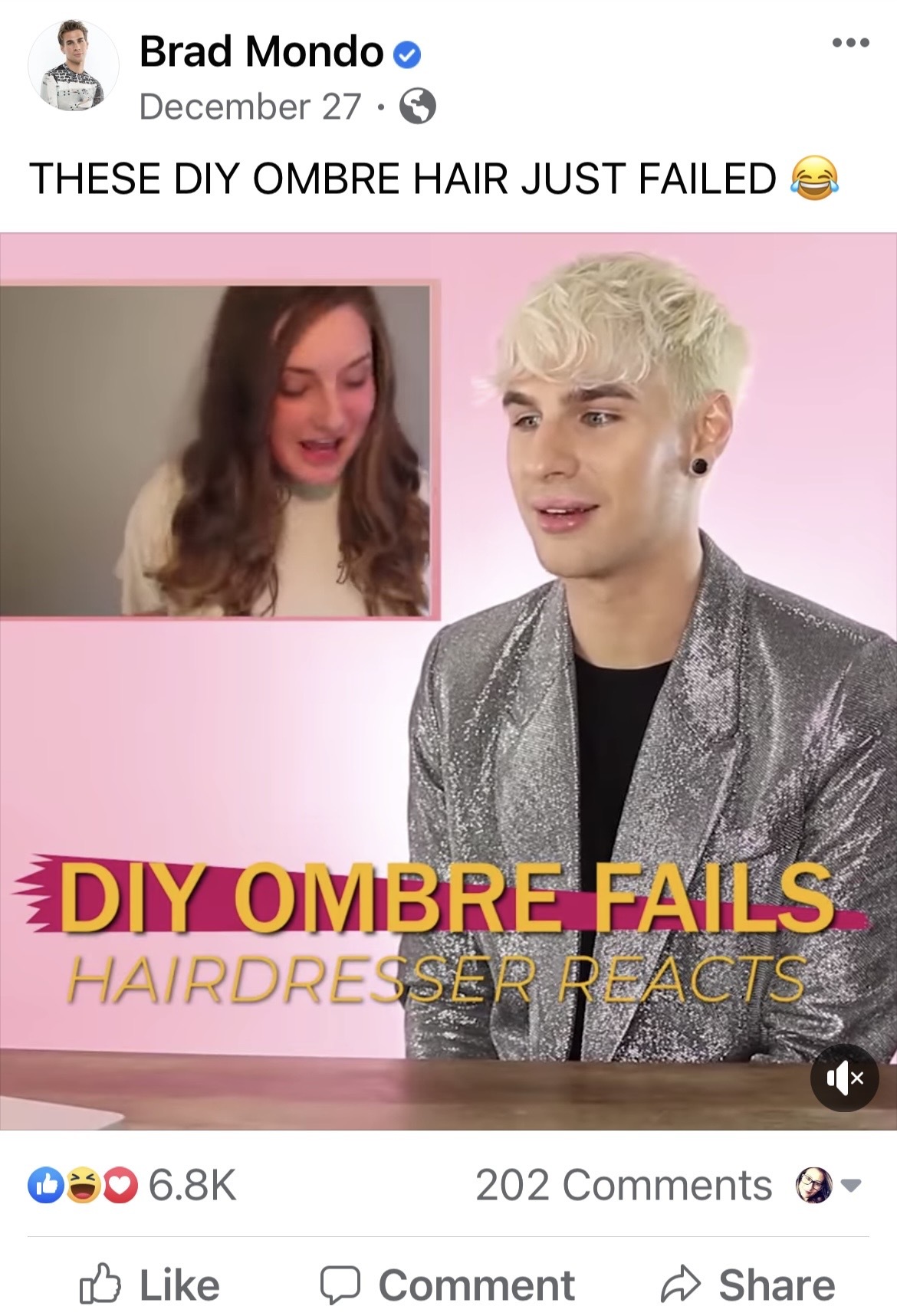 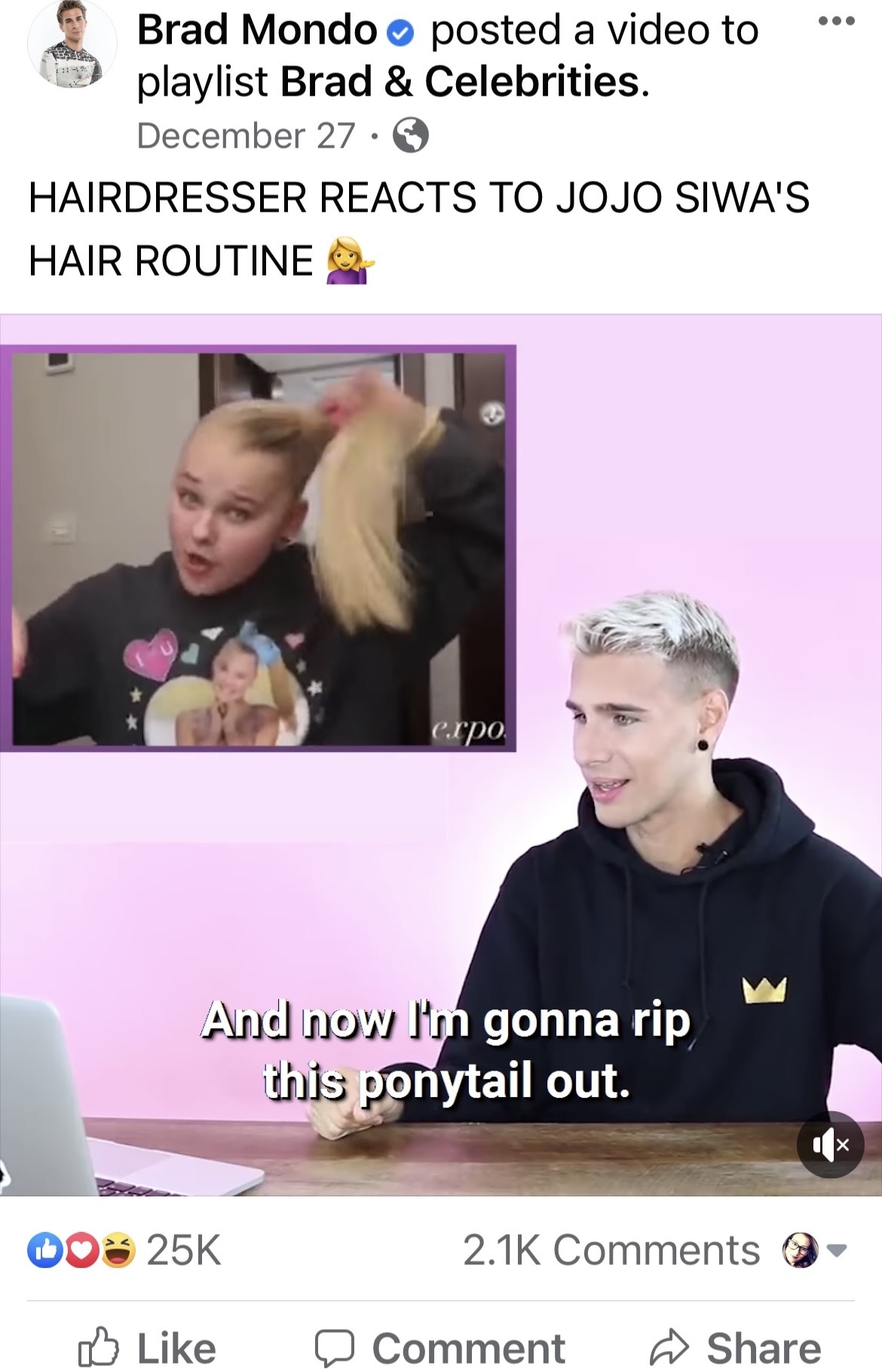 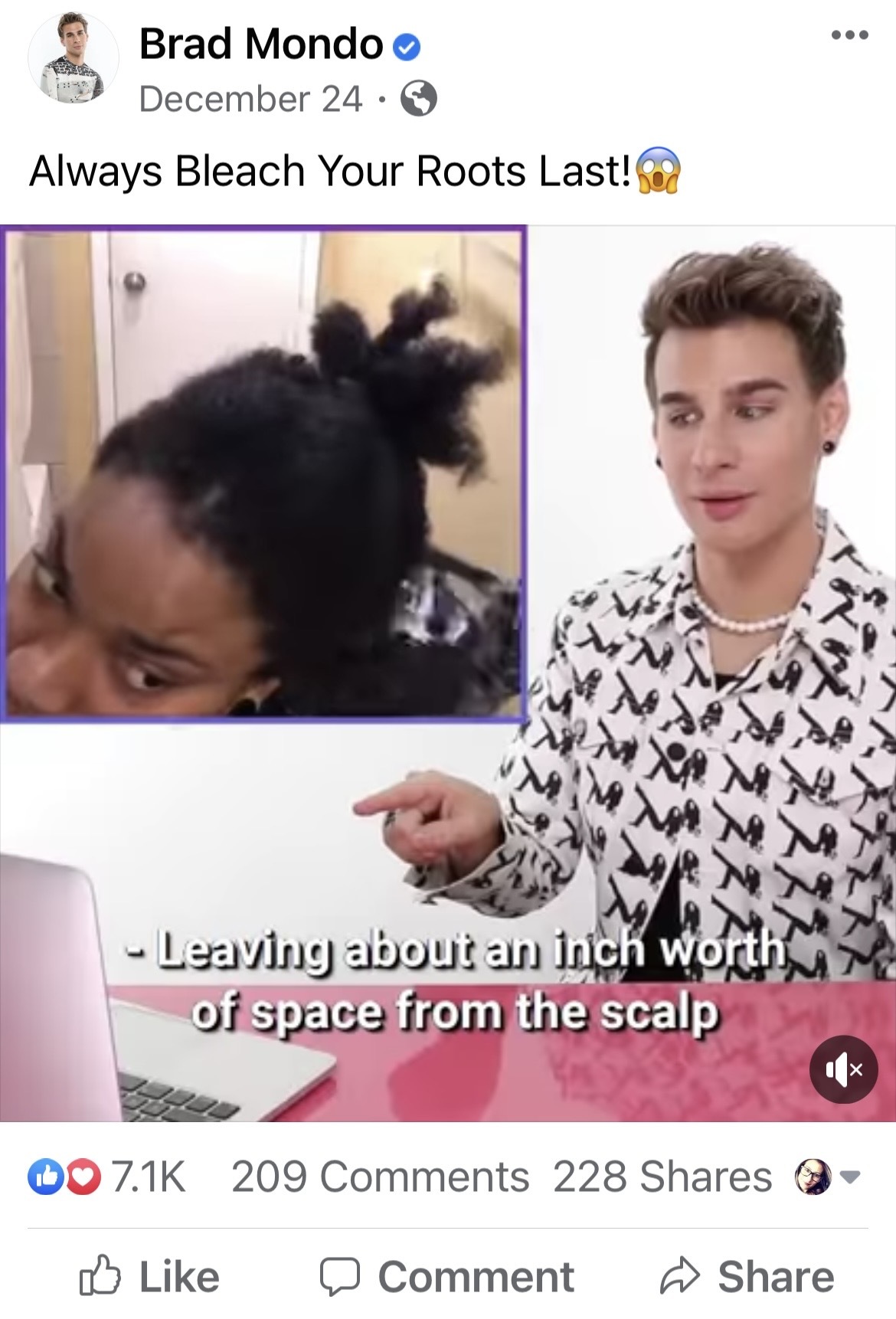 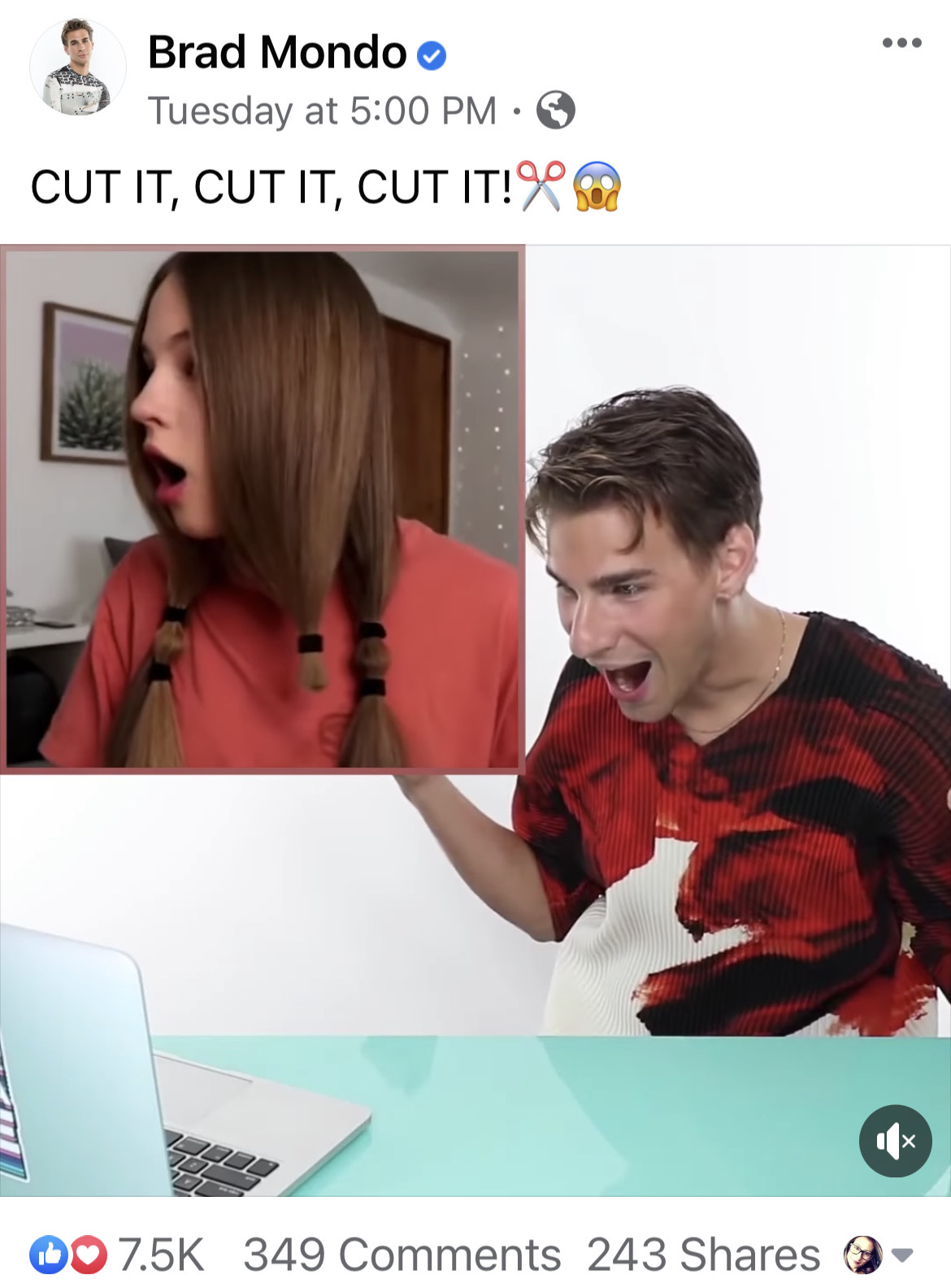 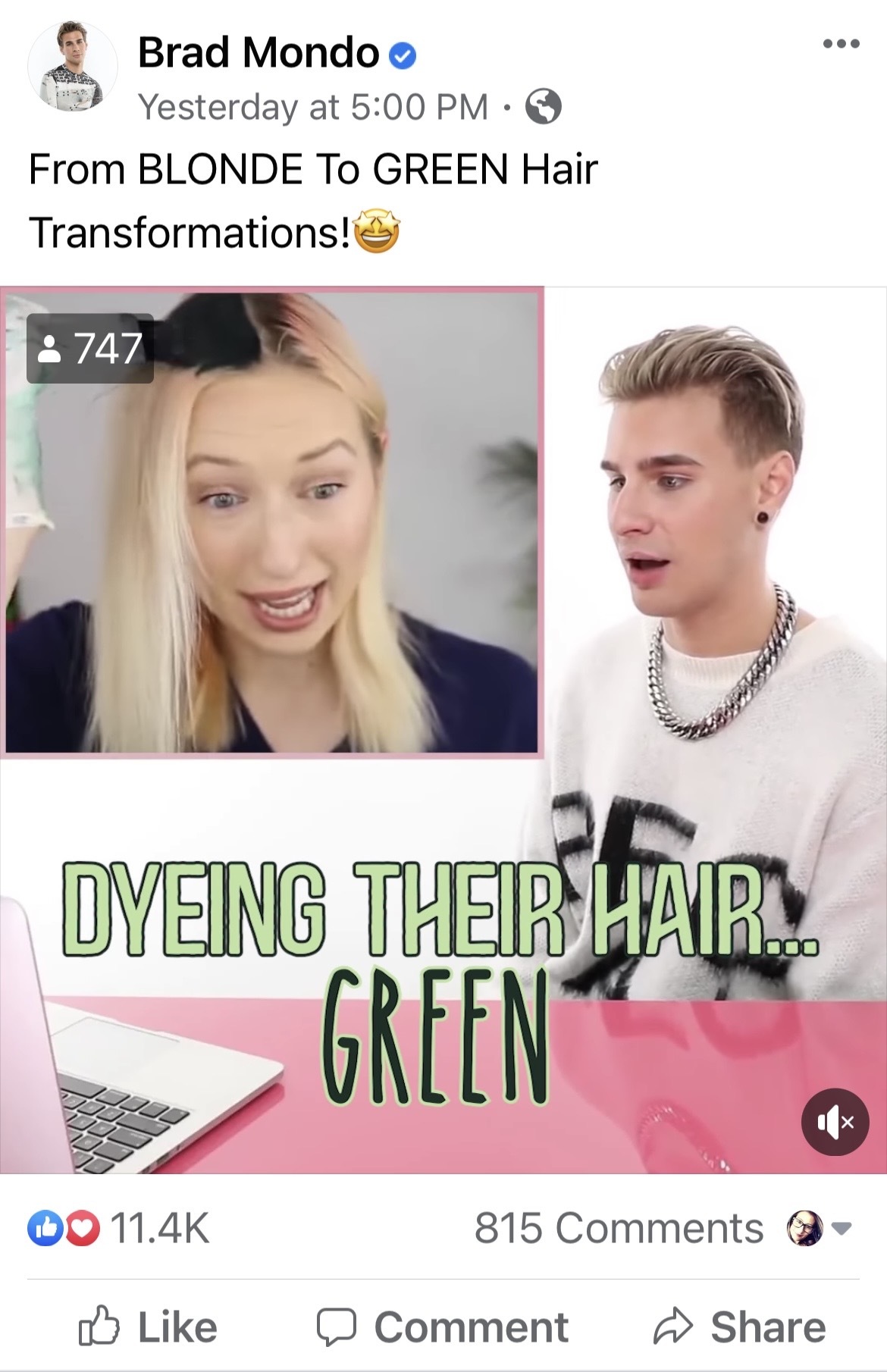 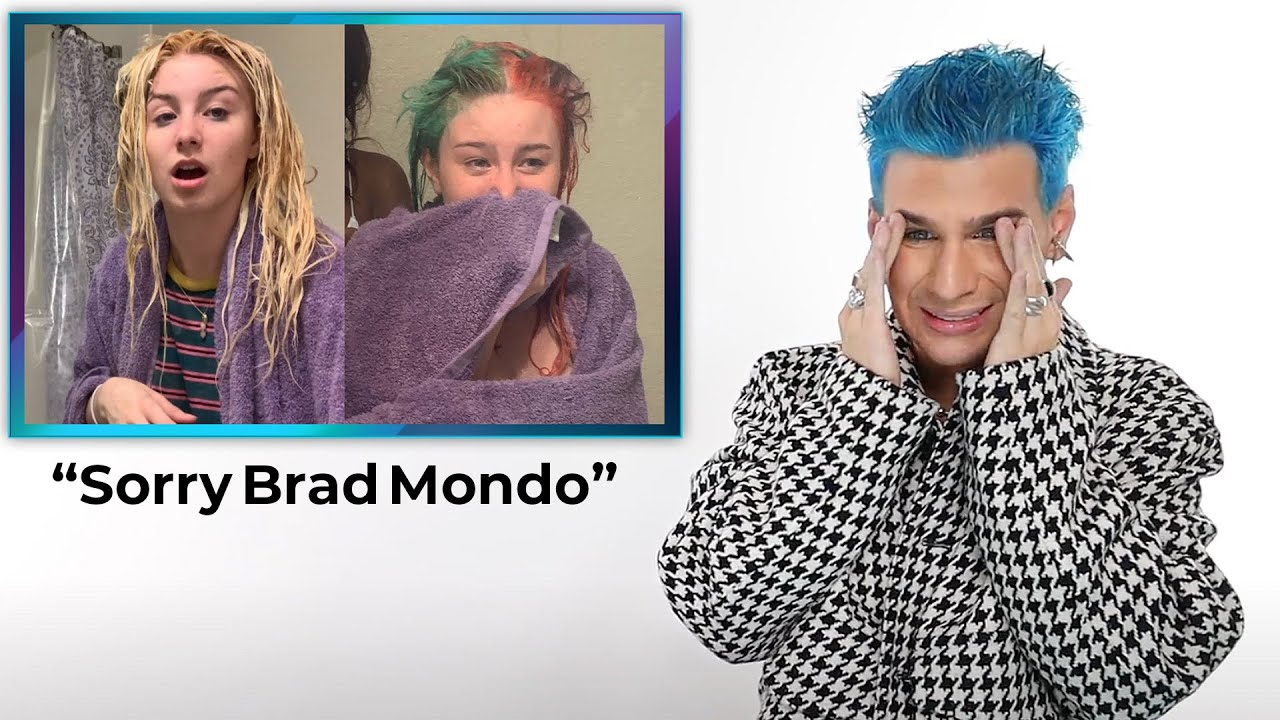