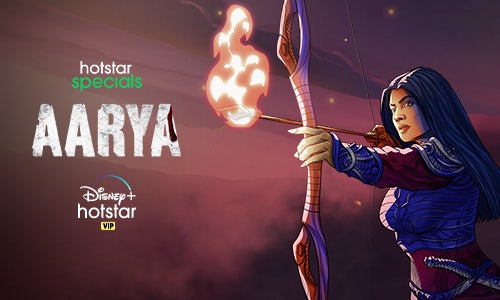 For our new original series, Aarya, there was a lot of chatter around the leading actor, Sushmita Sen, and her big comeback into the world of entertainment. Leading up to the launch of the show, she was a big draw for us - something which we duly capitalised on during the first leg of our campaign, successfully inviting a big chunk of our audience.

Post the launch of the show, our main task was to widen the audience base and get more people to sample it. We had to contextualise the show and its central dilemma in a way that appealed to the masses and the larger TV audience, which spoke their language, and won their interest.

THE LOVE FOR MYTHOLOGY IN INDIA, IS NOT A MYTH

To reach out to the masses, we decided to reimagine Aarya through the lens of Mahabharata. After all, at the core of it, Aarya is the story of a woman who is forced to go against her morals and ethics, for the sake of her family. The central dilemma could easily be compared to the dharam sankat faced by Arjuna in Mahabharata. And Aarya was no less a warrior!

CREATING A POWERFUL AND DISRUPTIVE VIDEO

We created a stunning animated video, with each frame designed like panels from a graphic novel, portraying Aarya as the ultimate warrior in a battle against her own family. Right from the visualisation, colours and animation, everything worked in sync to create a visual spectacle. The art was also reminiscent of popular mythological content in India, for instance the Amar Chitra Katha. It was set to a powerful voice-over inspired by the Bhagavad Gita, and the background music only elevated the creative further. The dynamic and immersive storytelling cut through and was a clear disruptor in the usual slew of videos we see on social media. It got people talking about the gripping central dilemma of the show, giving them a solid reason to come sample the show to find out more.

Through our video, we proved how impactful a single disruptive video can be on social media. By cleverly leveraging Indians’ love for mythology and drawing the right parallel, we had made the story of Aarya both accessible and contemporary.

It served as the perfect invite for people to watch Aarya on Disney+ Hotstar VIP and a single post garnered over 1 million views across social media. 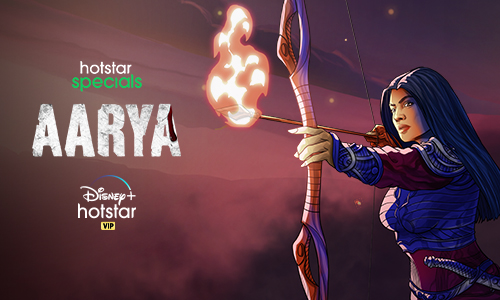