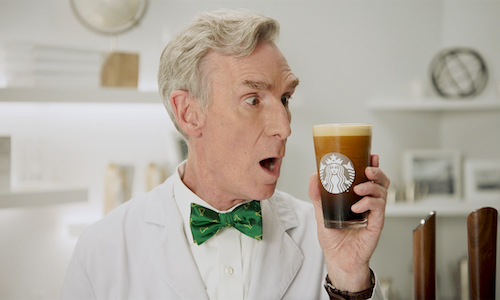 Nitro Cold Brew had been rolling out in test markets, and proving to be a hit with the ever-elusive male millennial demographic. Implementing a Nitro Cold Brew tap increased store visits and brand love.

So in 2018, Starbucks announced plans to outfit 100% of its company-operated US locations with Nitro Cold Brew taps by the end of 2019, and needed a national campaign that drove trial and conversation at launch.

People are suspicious of things they don’t understand. So introducing an entirely new, subtly sweet and velvety cold brew infused with Nitrogen microbubbles was sure to raise questions with millennials, a notoriously skeptical audience.

But looking at the early adopters of Nitro, we realized that one sip of Nitro broke through that armor of skepticism to create devoted fans. It truly was a WHOA moment.

So we created a campaign that brought that whoa to life — that didn’t just tell what Nitro tasted like, but showed why it tasted that way. And like all things in the universe, when it comes to explaining that “why,” it comes down to science.

So who else to turn to than the master of breaking down scientific concepts in short, informative, entertaining ways: Bill Nye.

A Perfect Fit for Our Audience

We didn’t choose Bill simply because he’s a big name. There are plenty of celebrity pop-science personalities who could’ve done a great job, but no one would have resonated with our target audience quite like Bill.

It wasn’t just that he was relevant today, but that he was so relevant to our audience in their youth. They didn’t trust him because he was a celebrity, they trusted him because they grew up with him. His seriously unserious tone perfectly aligned with the brand and campaign, and the fact he’s a Seattle-native and self-proclaimed Starbucks lover didn’t hurt either.

We worked with Bill to create a series of six vignettes—each breaking down a different part of the science behind Nitro and its impact on taste and texture.

The vignettes ran individually across social platforms and were compiled together into a long-form video, which launched exclusively through Instagram TV. In addition, we created a series of highly expressive Bill Nye GIFs that we launched through GIPHY and promoted through Instagram Stories.

The organic Facebook launch video drove the second-highest engagement and video view rates of Starbucks’ entire FY 19 — sparking nearly 12x the number of shares when compared to their FY 19 benchmark.

Of the entire 360 Nitro campaign, 1 in 5 social comments referenced Bill Nye. Consumers called the series the “most amazing crossover in history” and found it super “memeable,” with baristas sharing their own Nitro meme formats on Reddit. The top thread on Reddit garnered 1.4K total upvotes, one of the top threads on r/Starbucks in 2019. 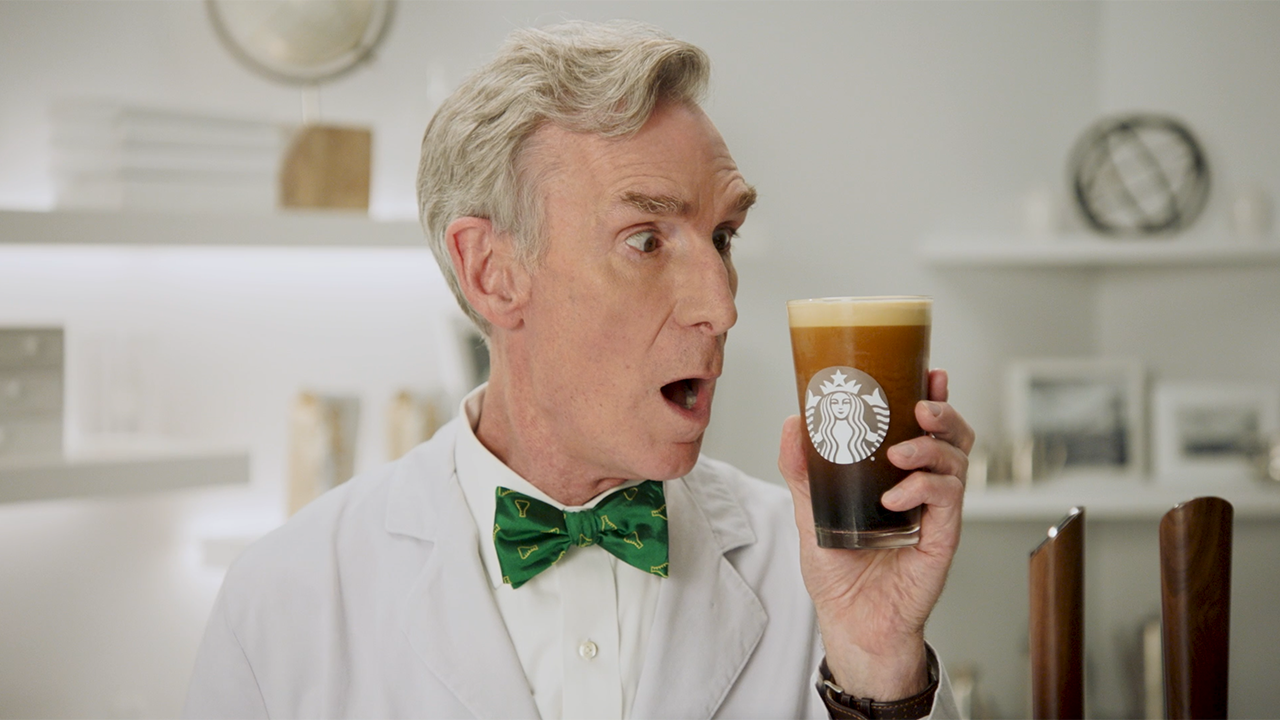