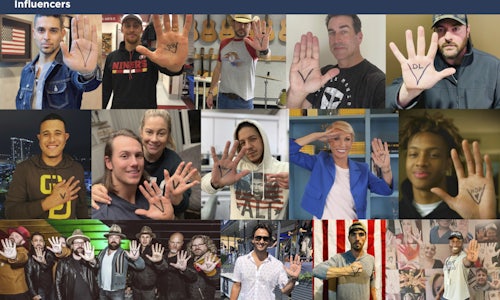 For USAA, Veterans Day is personal. As a company founded by military officers, we believe we have a unique calling not only to celebrate the men and women who took an oath to defend our freedom, but also to encourage the public to show appreciation for their service to our country.

Our 2019 Veterans Day campaign was designed to build upon the successful tenants of the previous year’s campaign, increase awareness of the importance of honoring our military men and women, and motivate people to take action.

USAA’s 2019 Veterans Day campaign focused on motivating the public to show thanks for our more than 18 million U.S. veterans. The previous year’s campaign strategy encouraged people to draw the letter “V” (for veterans) on their hand, add the initials of a servicemember (or draw a star to represent all veterans), and post their tribute in social media with #HonorThroughAction.

We took that concept a step further in 2019 and created a social challenge that leaned heavily on user-generated content to build a nationwide social media movement. Our campaign tapped key influencers who challenged followers to share their tributes using #HonorThroughAction. We also created a short how-to video demonstrating the easy and simple steps for creating the personal show of thanks. As the movement spread, participants became increasingly creative with their designs, inspiring friends and family members around the country to join the “V challenge.” 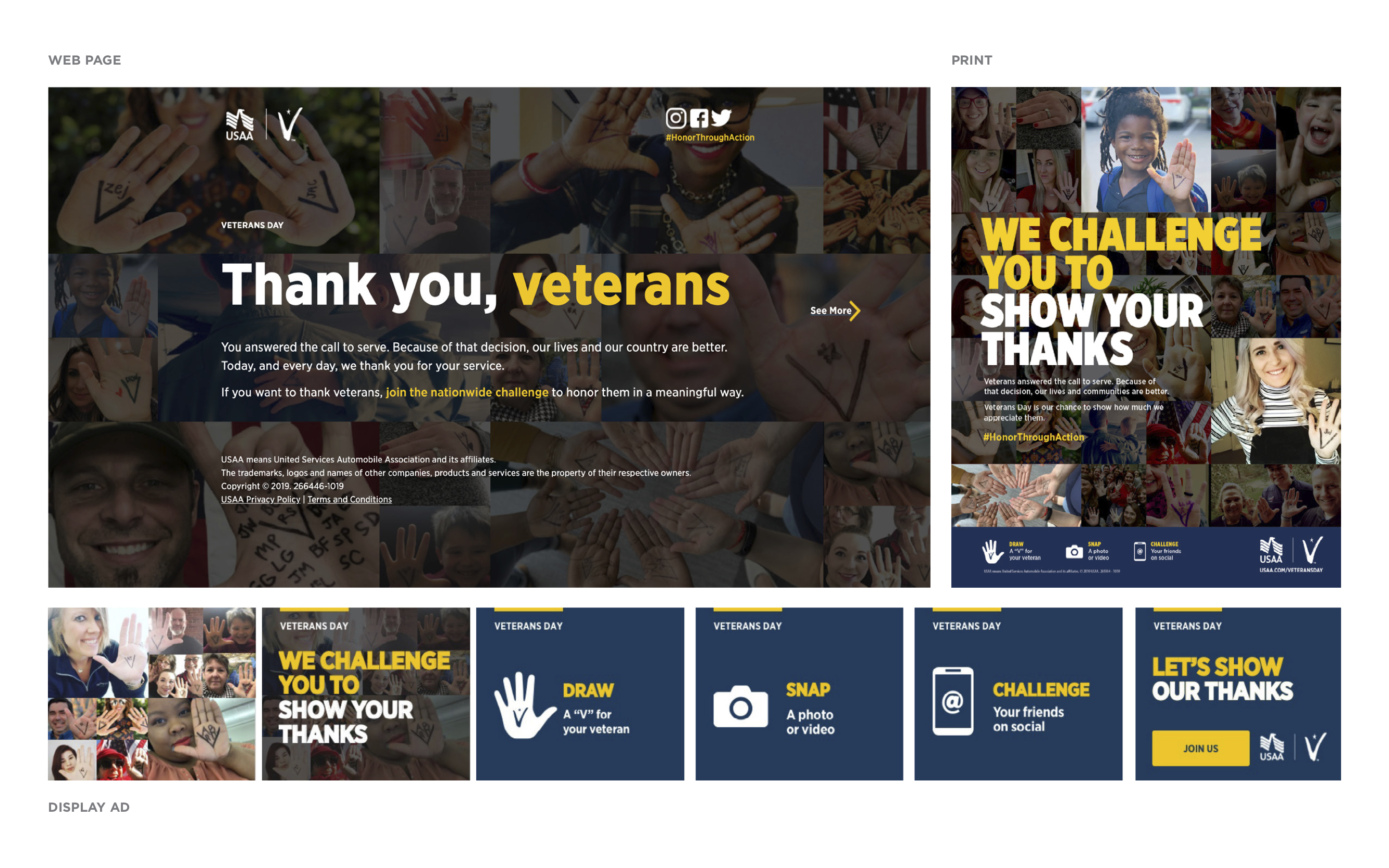 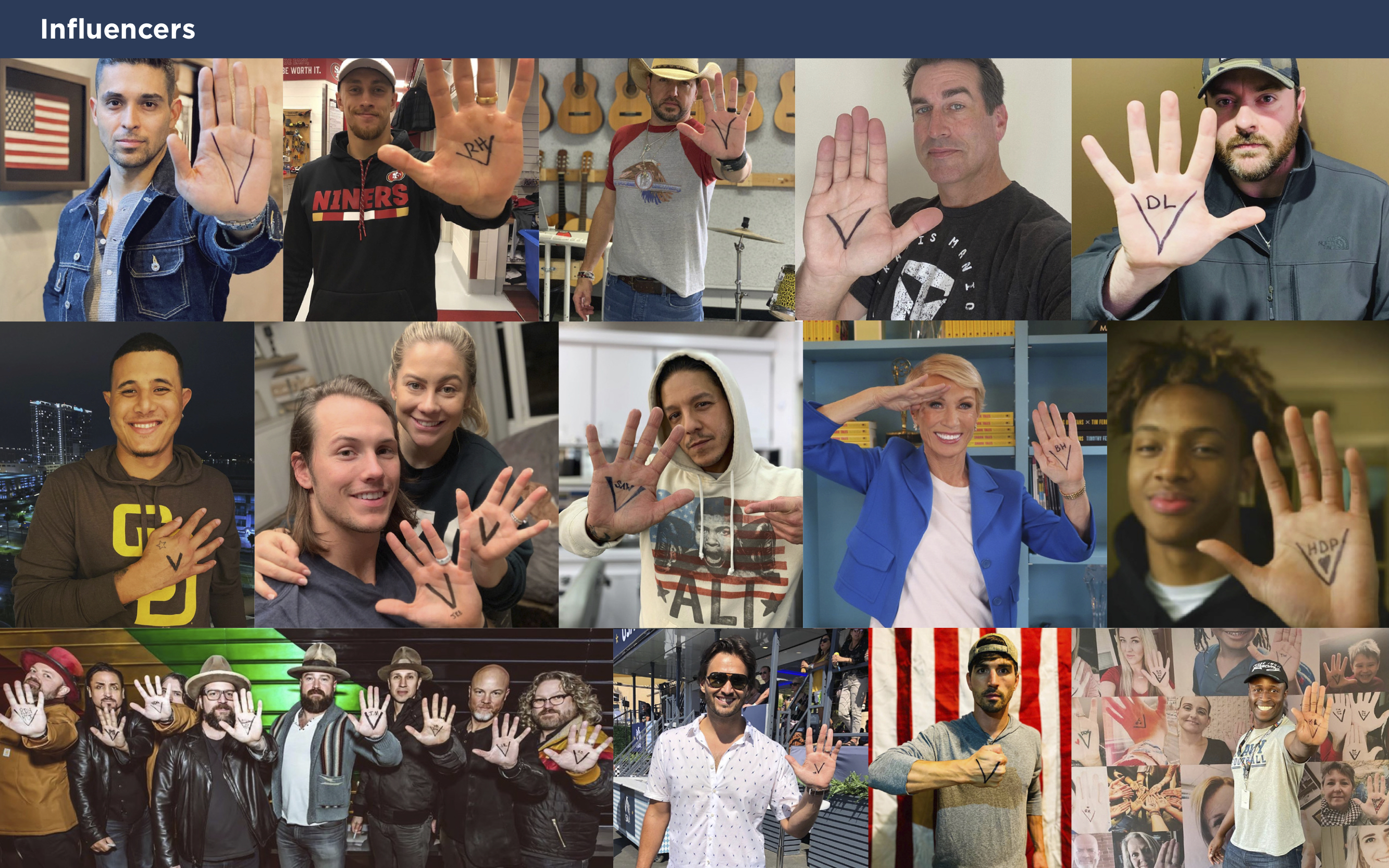