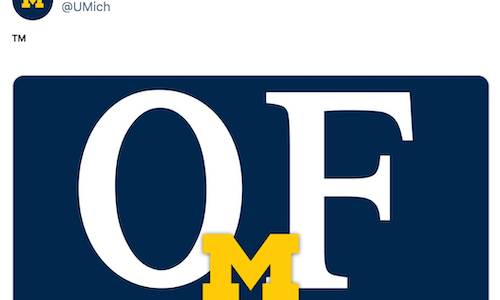 On the evening of Tuesday, August 13, 2019, trademark lawyer Josh Gerben shared a tweet revealing documentation that Ohio State University had filed a U.S. trademark application for the word ‘The.' The tweet quickly became a trending topic across Twitter, as people debated the absurdity of the trademark claim and the audacity of OSU to file it.

As the conversation continued throughout the night and into the 14th, the idea of crafting a reply from the main U-M Twitter account began to percolate. Our goal was to tactfully join the conversation surrounding one of our biggest athletic rivals, while acknowledging the controversy in a way that was on brand and didn't seem like we were simply practicing ‘savage social’.

Always mindful of our established online tone and persona, we carefully considered how best to present a tweet that alluded to the controversy but did not cross the line into crude or offensive territory. We do not normally engage in sports rivalry dialogue on our main channel, so keeping the graphic and accompanying text clean and concise was important.

We started by designing an image that replicated the graphic that was being shared widely to support OSU’s attempt. These images featured the OSU logo placed on a solid red background, accompanied by one single bold 'THE.' Using our proprietary Victors font, we created a simple image with one word, 'OF,’ laying a small Block M over the bottom of the letters. After careful deliberation, we decided to keep our caption as short and to the point as possible, opting to use just the trademarked emoji. We decided this would be more than enough to let our audience know we were weighing in on the drama without coming off as too snarky or enabling anyone to take the tweet out of context. Always cognizant of the sweeping impact a single tweet can have on an organization, we made our partners within our Public Affairs office aware, and the tweet went live.

With over 2.6 million impressions and over 580,000 engagements, the ‘OF’ tweet—as it will forever be known—quickly became the highest-performing piece of content in the history of the U-M Twitter account. We aimed to create something that our organic audiences would drive on our behalf—and in the end, our greatest expectations were exceeded with over 5,400 retweets and 24,700 likes. Fans and foes alike continued to share the tweet for weeks, engaging in a wide array of colorful conversations. The tweet also garnered the attention of significant publications, media personalities, and journalists, prompting social coverage –– and in some cases full web articles –– from influential outlets including SB Nation, USA Today, Sports Illustrated, Bleacher Report, TMZ, ESPN, Washington Post, and Business Insider. 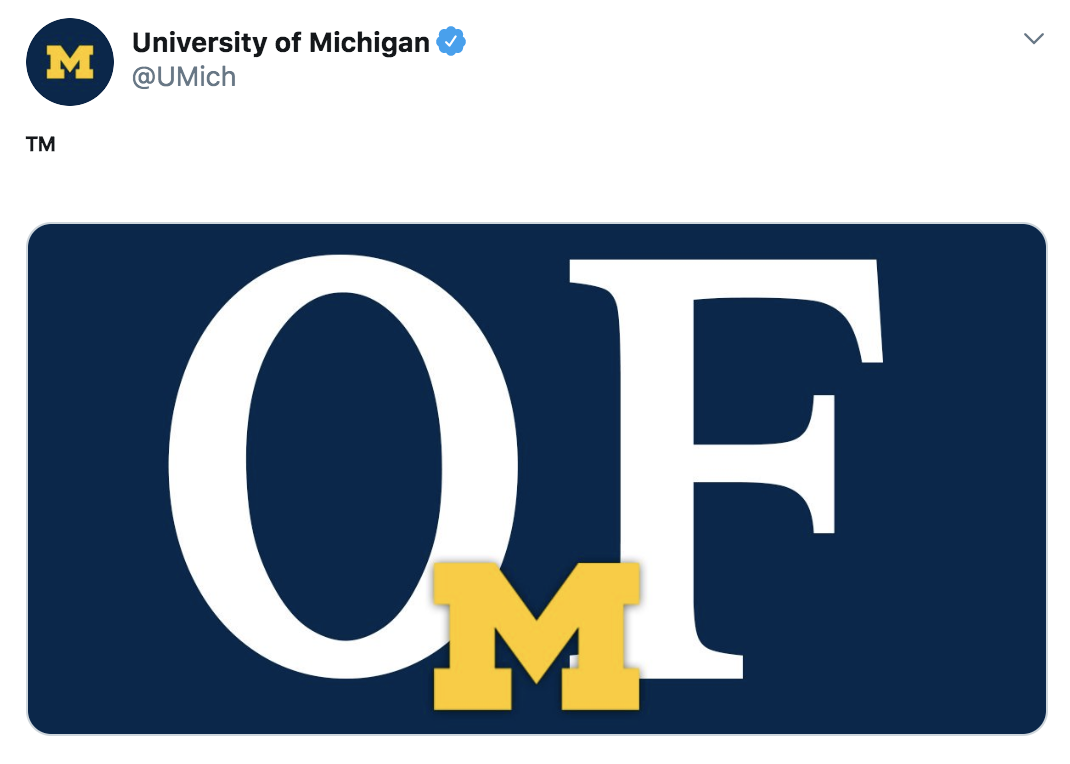 The University of Michigan