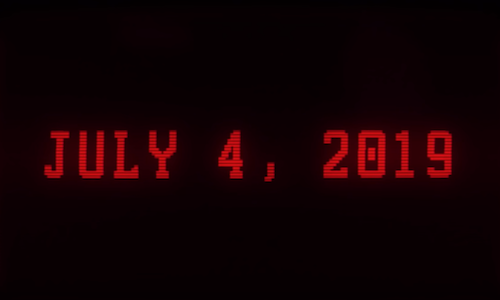 The cultural phenomenon that is the Netflix Original series, Stranger Things, required an announcement piece that matched the size and scale of the hysteria surrounding this Emmy-award winning show. As the series was also facing a year and a half between seasons, we needed to retain the fan community and continue to build interest among an audience not quite caught up with the series. Our announcement played off the nostalgia of years past with some well-placed Easter eggs to get fans excited about the new season.

​​​​​​Focusing on 1985 as a key theme of season 3, a New Year’s Eve social stunt live-streamed 1985 Dick Clark footage in tandem with the actual countdown. Viewers were taken back in time with a variety of archival news footage as well as in-world commercials shot specially for the upcoming third season. The “New Year’s Eve Date Announcement” was also loaded with messages and clues about the upcoming season, which warranted multiple views for diehard fans hoping for a glimpse of what was to come. The final ball drop evolved into a Stranger Things Season 3 official date reveal that streamed live across Facebook, Instagram, and YouTube. Months after the the date announcement piece, fans have gone back to comment on the video and point out the clues that were confusing when the video was first released, but that now make sense after watching the new season.