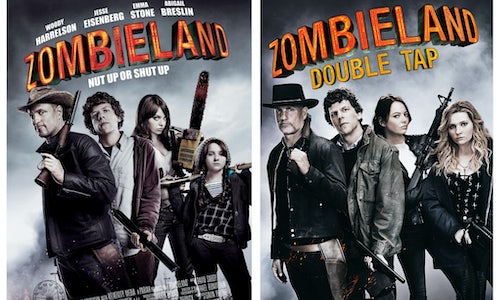 A decade after Zombieland became a hit film and a cult classic, the lead cast (Woody Harrelson, Jesse Eisenberg, Abigail Breslin, and Emma Stone) have reunited for ZOMBIELAND: DOUBLE TAP. Now it is time to reintroduce our favorite makeshift family and ignite the movie’s social fanbase.

#10YearChallenge? Challenge accepted. Taking advantage of the new meme trend, we featured Woody, Jesse, Abigail and Emma in a side-by-side comparison to the original Zombieland poster to show that while a lot might have changed in the zombie apocalypse over the last 10 years, the cast that you know and love stand the test of time. Reactivating Zombieland’s Facebook Page of over 3 million and launching the official Instagram handle, this meme would be a pivotal moment to kick off the new movie’s social presence.

The viral moment spread faster than the zombie apocalypse. The ZOMBIELAND: DOUBLE TAP Cast #10YearChallenge reached over 20 million across the movie’s social handles. This post ranked as the most engaged content for the entire campaign on both Zombieland’s Instagram and Facebook, where the meme was shared nearly 200,000 times. In addition, the meme become the most liked post ever on the Sony Pictures Instagram handle. Talk about an outbreak of success! 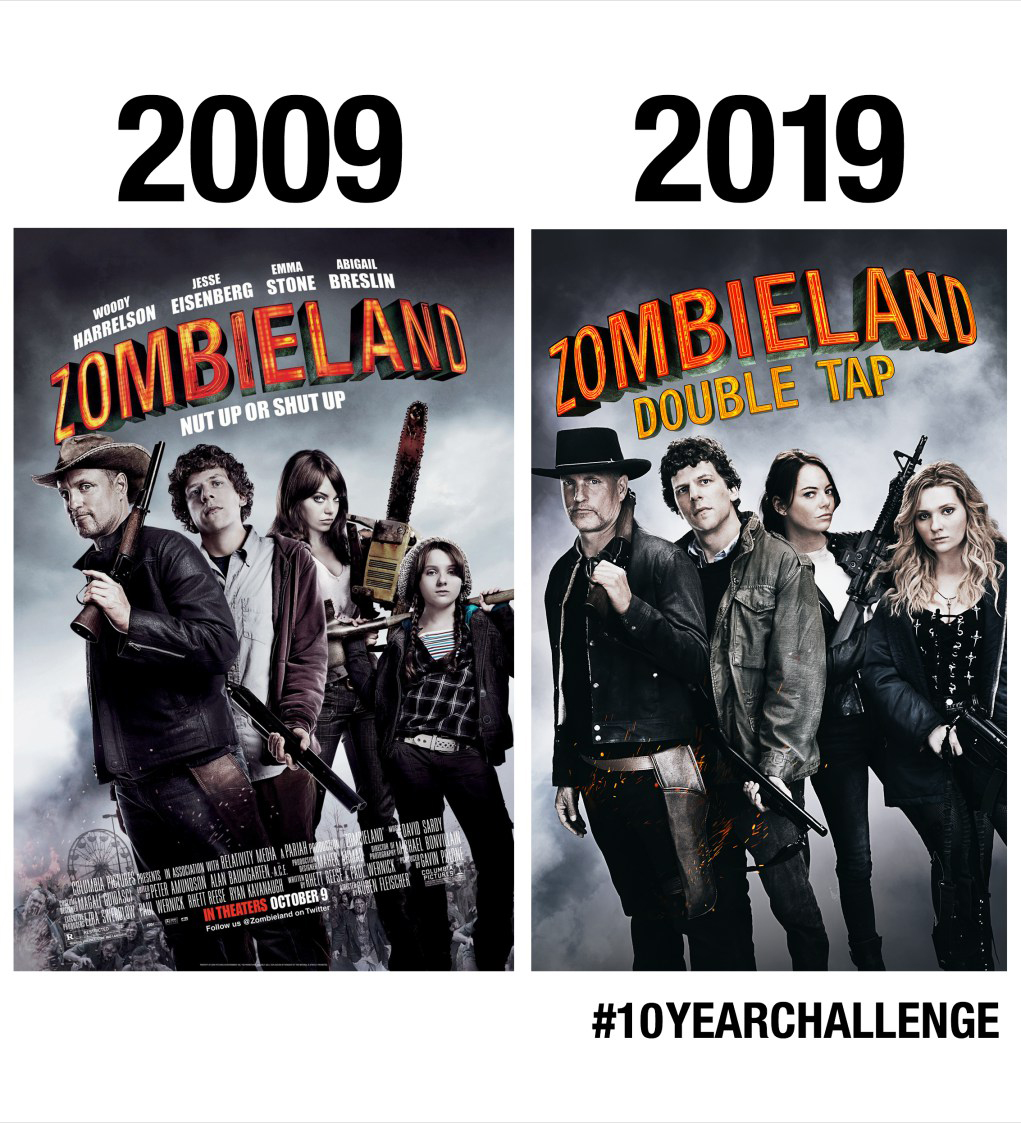 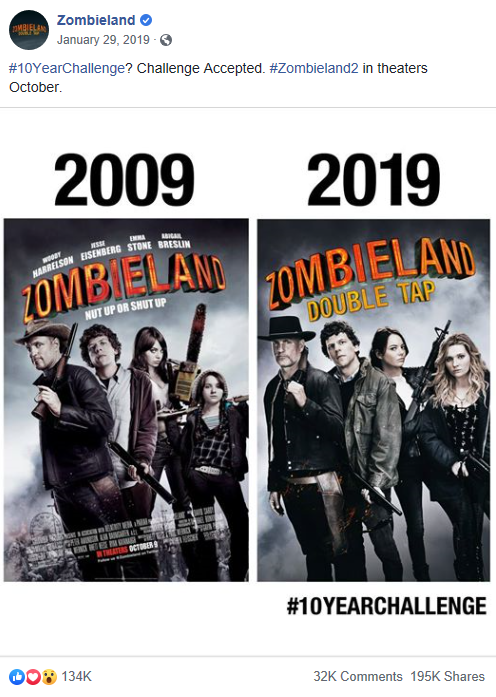