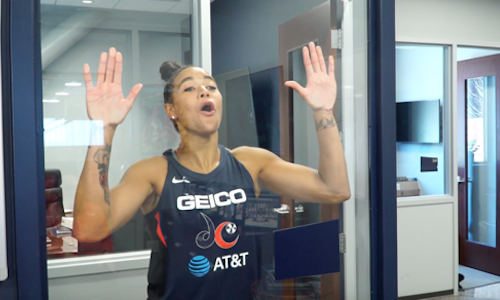 Mystics x GEICO: Guess What Day It Is?

In 2018, the WNBA introduced Nike as the official apparel brand of the WNBA.  And in 2019, the design of the WNBA uniform was redesigned, including adding space for a marquee sponsor on the jersey.  The Washington Mystics secured a partnership with insurance giant GEICO and wanted to promote the new sponsorship and the new uniform design.

For the Washington Mystics, the 2019 WNBA Draft, the first official event of the season, was set to occur on a Wednesday.  And our enormously popular coach (and the winningest coach in WNBA history), Mike Thibault, was of course the perfect ‘Mike’ for this parody.  We saw an opportunity to join a cultural sensation that transcends basketball, extending the reach of our brand and our team.

Our goal with this video was to (a) introduce our new jersey and sponsor, (b) promote the upcoming Draft Day to drive excitement for the upcoming season, (c) build familiarity with the personalities of our team, and (d) leverage the familiarity of the parody to reach new audiences.

The parody comes to life thanks to several key elements.  First, we utilized our outgoing and animated  star point guard, Natasha Cloud as our lead character.  We then staged a series of scenarios where Natasha engaged with key personalities from our team: first our mascot Pax, then Natasha’s teammate Tianna Hawkins (forward), and finally our Head Coach Mike Thibault.  In each scenario, Natasha borrows the GEICO commercial phrase, “do you know what day it is?”.  The audience, familiar with the response from the GEICO commercial, expects the answer to be ‘Hump Day’.  And it’s in fact Coach Mike Thibault who provides the response.  But Natasha quickly corrects him and reminds him that it’s Draft Day.  The spot finishes just as a GEICO spot finishes, with a spokesperson narrating the excitement (and in our case, it was our team broadcaster).

Throughout the video, both Natasha and her teammate Tianna are wearing the brand new uniform, with our new marquee partner’s logo front and center.  The video also showcases our brand new training facility, the Medstar Performance Center, giving fans an inside look at the space.

Our mentions were immediately flooded with LOLs and crying-laughing emojis. People loved Natasha’s enthusiasm and praised the video’s hilarity.

The video was viewed over 58.1K times across Twitter, Instagram, and Facebook. Viewers were definitely amused, and it showed through their engagement – 14.7K over all 3 platforms with an 12.5% engagement rate.

In addition to the outpouring love for the video, engagement on draft-specific content that night was up 54.8% from 2018.

Finally, and perhaps most importantly, GEICO social channels liked the parody (a rare acknowledgement from the brand), enabling fans of GEICO to learn more about the Washington Mystics.

Video for Mystics x GEICO: Guess What Day It Is? 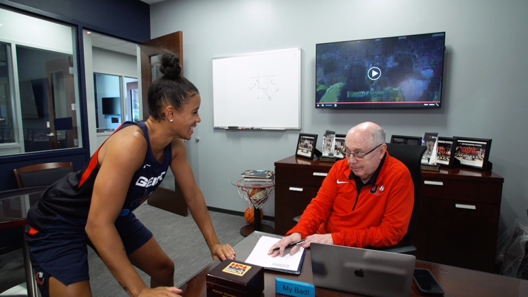 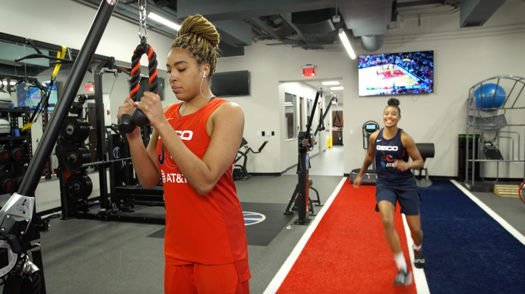 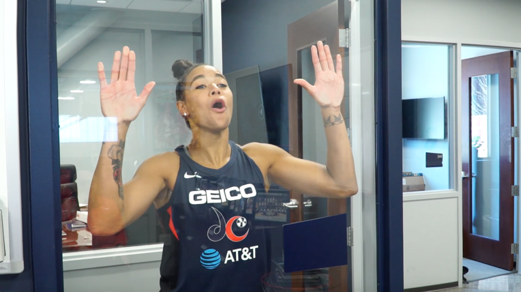 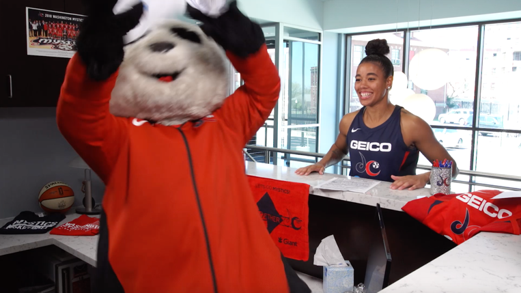