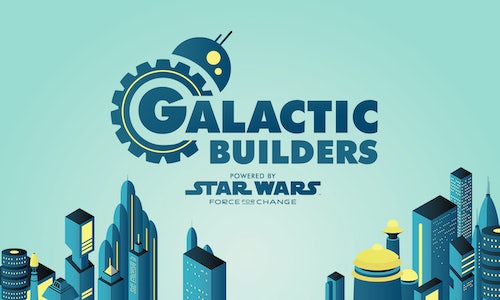 In 2019, through the Star Wars: Force for Change philanthropic initiative, Lucasfilm and parent company The Walt Disney Company teamed-up with FIRST to provide inspiration and opportunity to the next generation of heroes, innovators, and storytellers, and equip youth with the skills they’ll need to create the futures they imagine. The Walt Disney Company and Lucasfilm provided FIRST with more than $2 million in grant funding to boost accessibility to FIRST programs in underserved and underrepresented communities, help start new teams in the U.S. and in international markets, and bolster diversity within the STEM talent pipeline. With this support, FIRST will increase access to its program by 15% internationally, reaching 658,000 youth worldwide.

The collaboration has two goals: Increasing access and awareness of FIRST programs globally, particularly for underrepresented communities and youth, and leveraging Star Wars to excite and engage new audiences around the power of technological innovation and creativity to improve society.

To raise awareness of FIRST and the power of technology within Star Wars, in September 2019 Star Wars: Force for Change and FIRST released Galactic Builders powered by Star Wars: Force for Change. This 4-part digital series that was developed to highlight how Lucasfilm, Industrial Light & Magic, and Walt Disney Imagineering use robotics and engineering to bring Star Wars stories and experiences to life, hosted and interviewed by students from FIRST.

The series was intended to drive global awareness for STEM and FIRST and inspire audiences to join the global STEM phenomenon and empower future innovators.

To highlight the connections between robotics and Star Wars, Lucasfilm sourced engineers and designers within the company to explore how technology and robotics are used to create Star Wars products, droids, theme parks, and visual effects in films.

FIRST students went behind-the-scenes at Hasbro, Lucasfilm, Star Wars: Galaxy’s Edge, and Industrial Light and Magic, and discovered parallels between their own robotics experience in FIRST to the many creators who bring Star Wars droids and storytelling to life.

The 4-part series was distributed on StarWarsKids.com, Star Wars Kids YouTube, the main Star Wars social channels, including Twitter, Facebook, and Instagram, as well as FIRST digital channels and direct distribution to FIRST teams around the world.

The Galactic Builders series garnered 893,757 views and 146,109 engagements as of December 12, 2019, across the Star Wars channels, which has not only helped spread awareness for STEM and STEAM, but has helped FIRST reach new audiences, including new student participants, mentors, and volunteers.

In addition, the series received 29 press hits and was shared internally within the Lucasfilm and Disney companies through employee newsletters and digital screens around campus. This demonstrated the great synergies within the company and departments including, licensing, enterprise social responsibility, Disney Parks, Experiences, and Products, and many more. 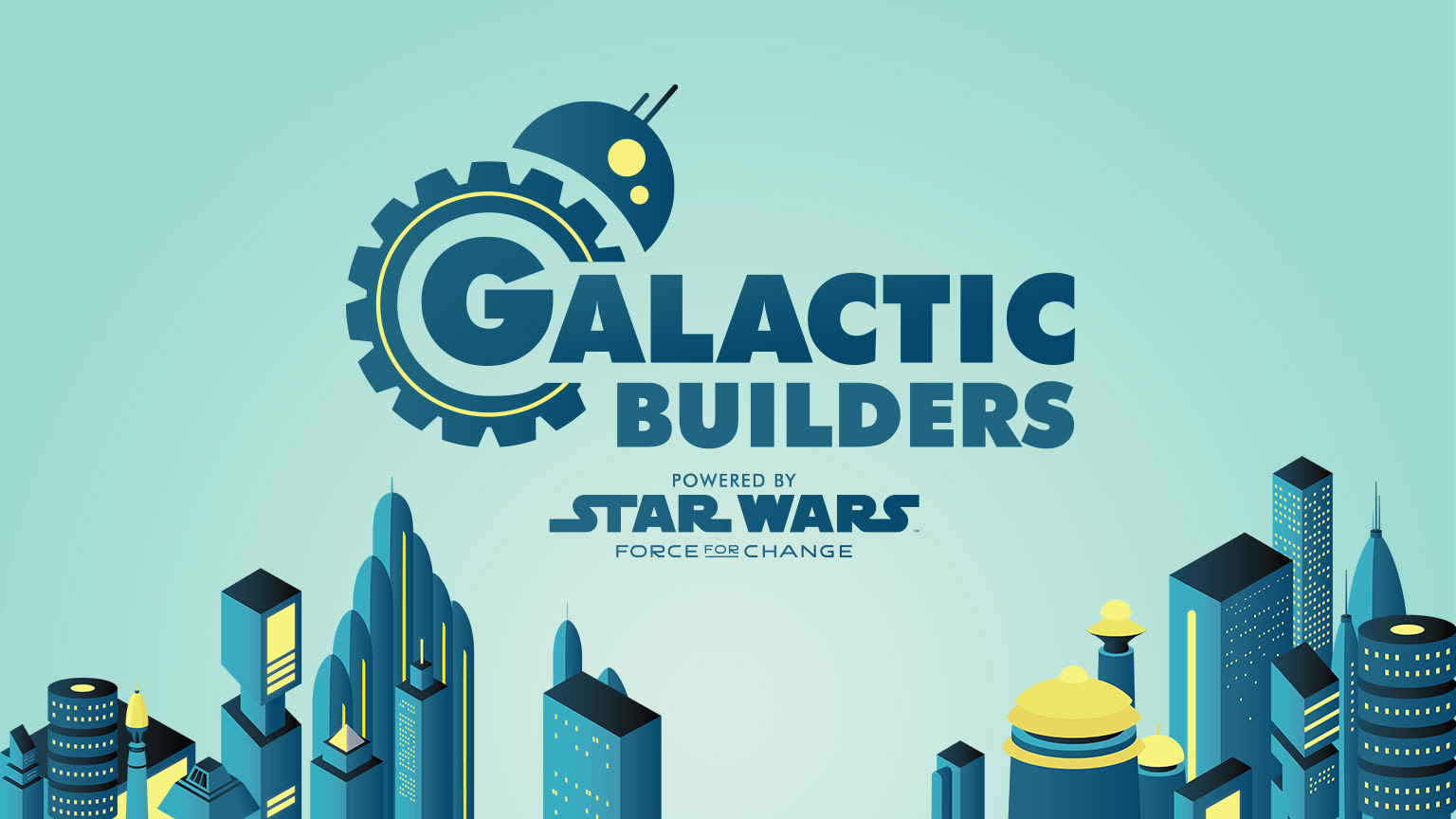 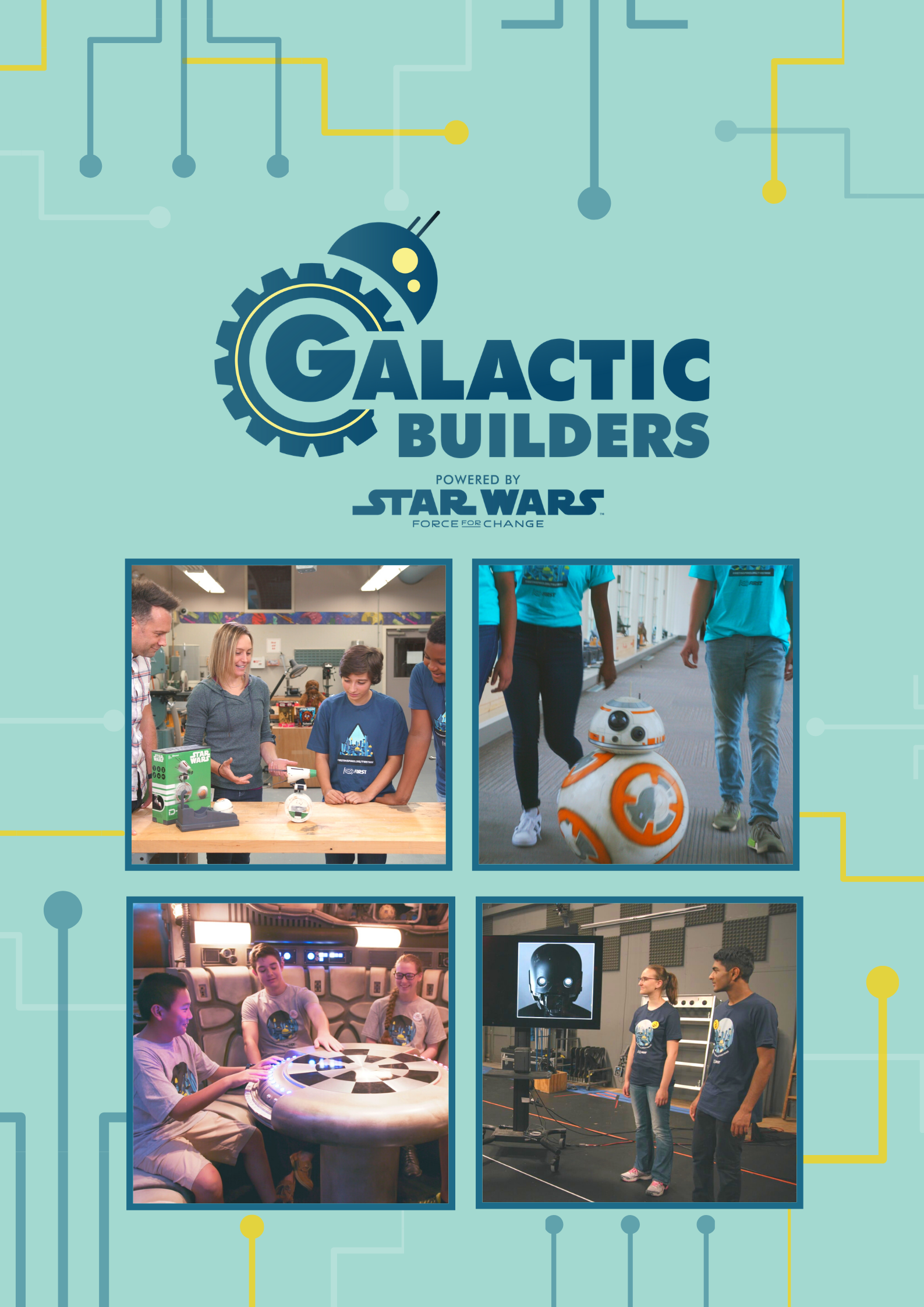 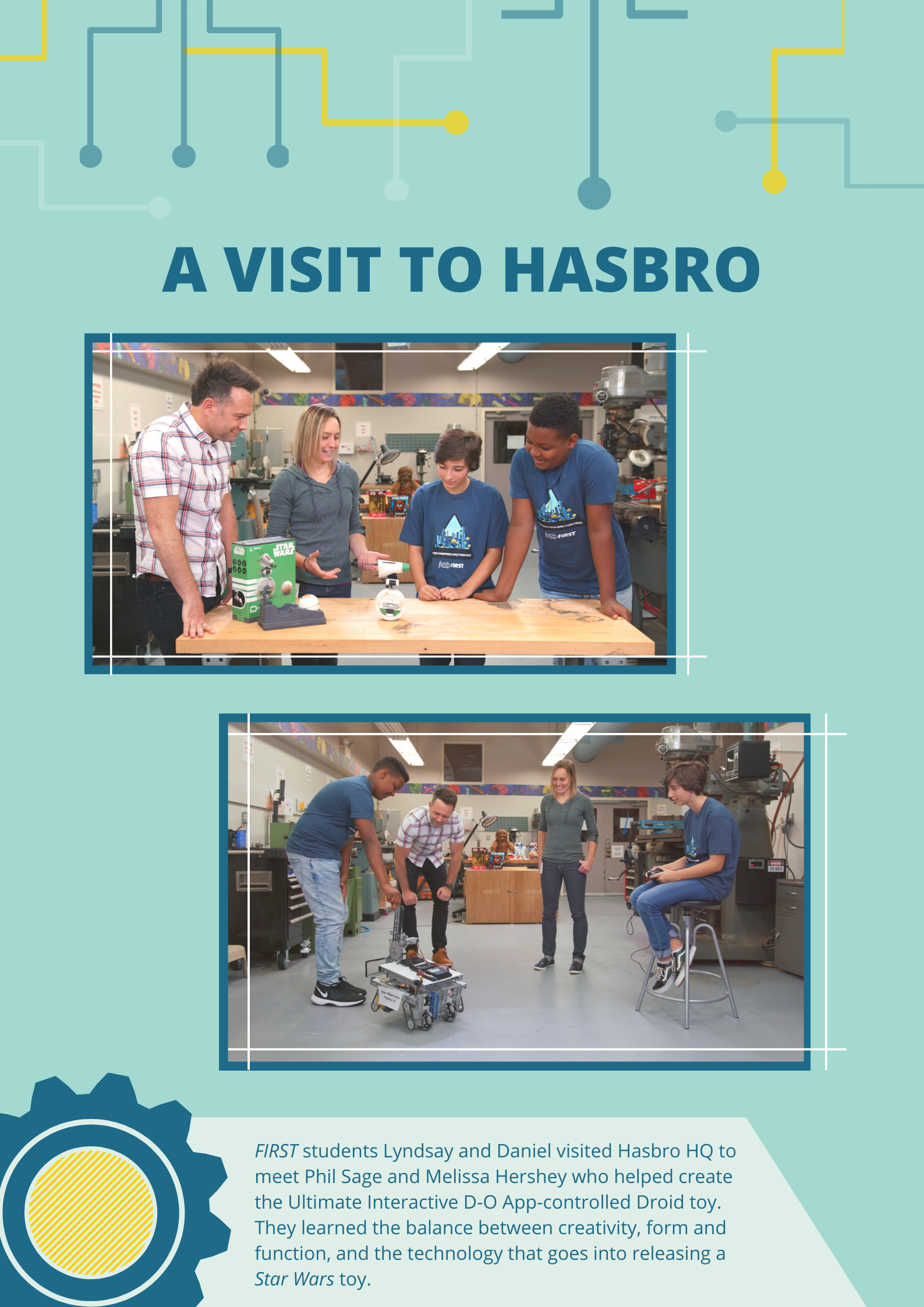 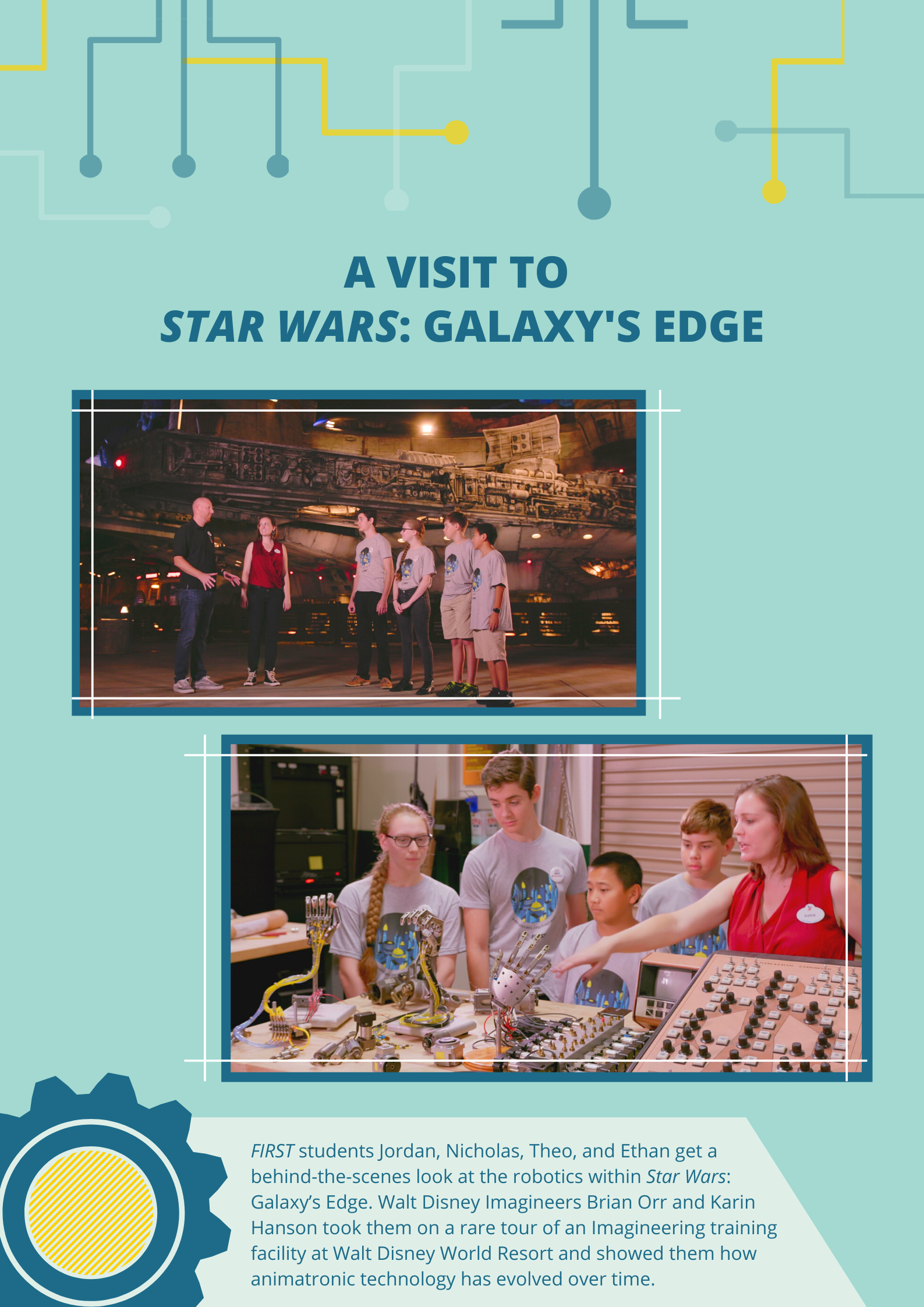 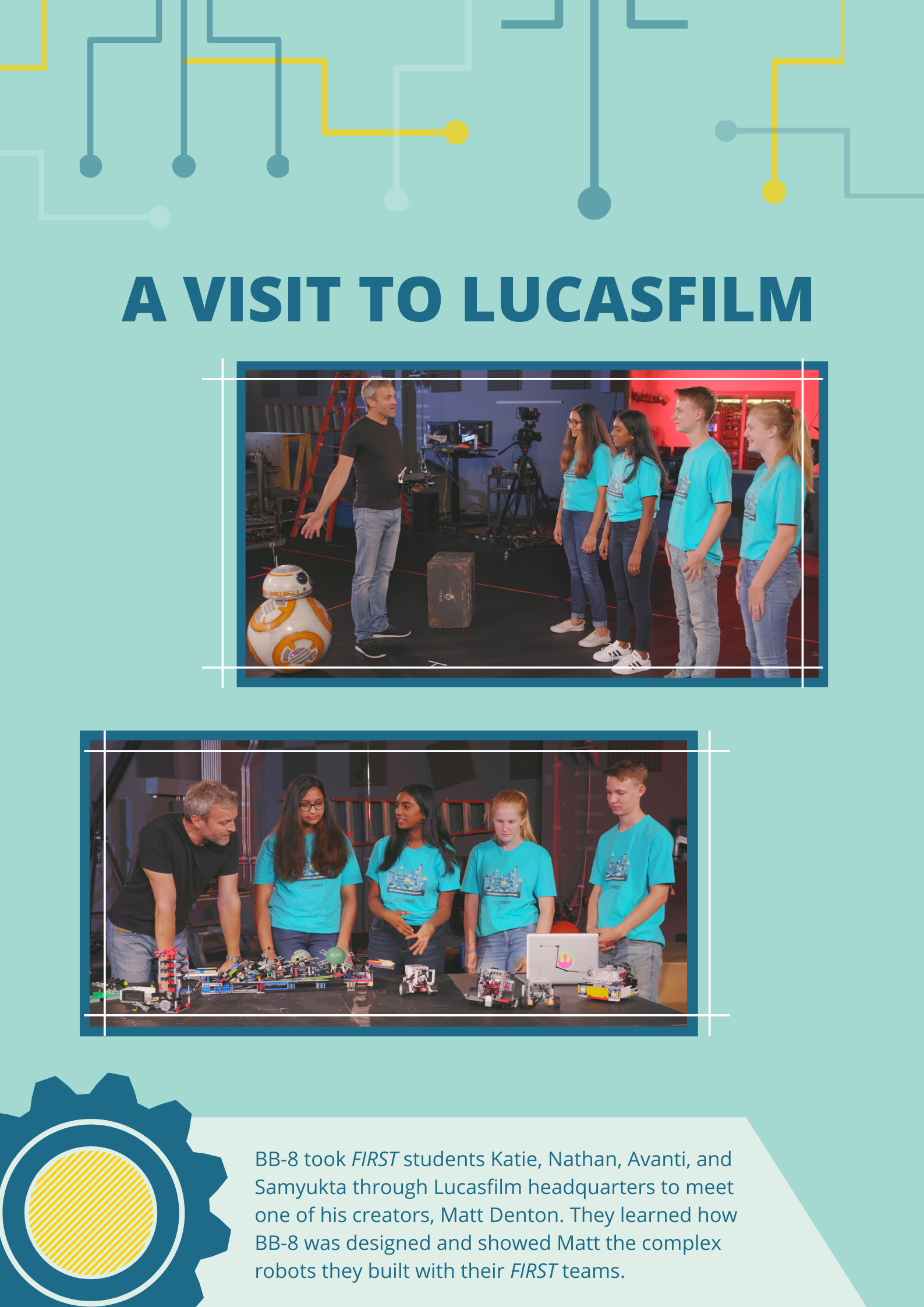 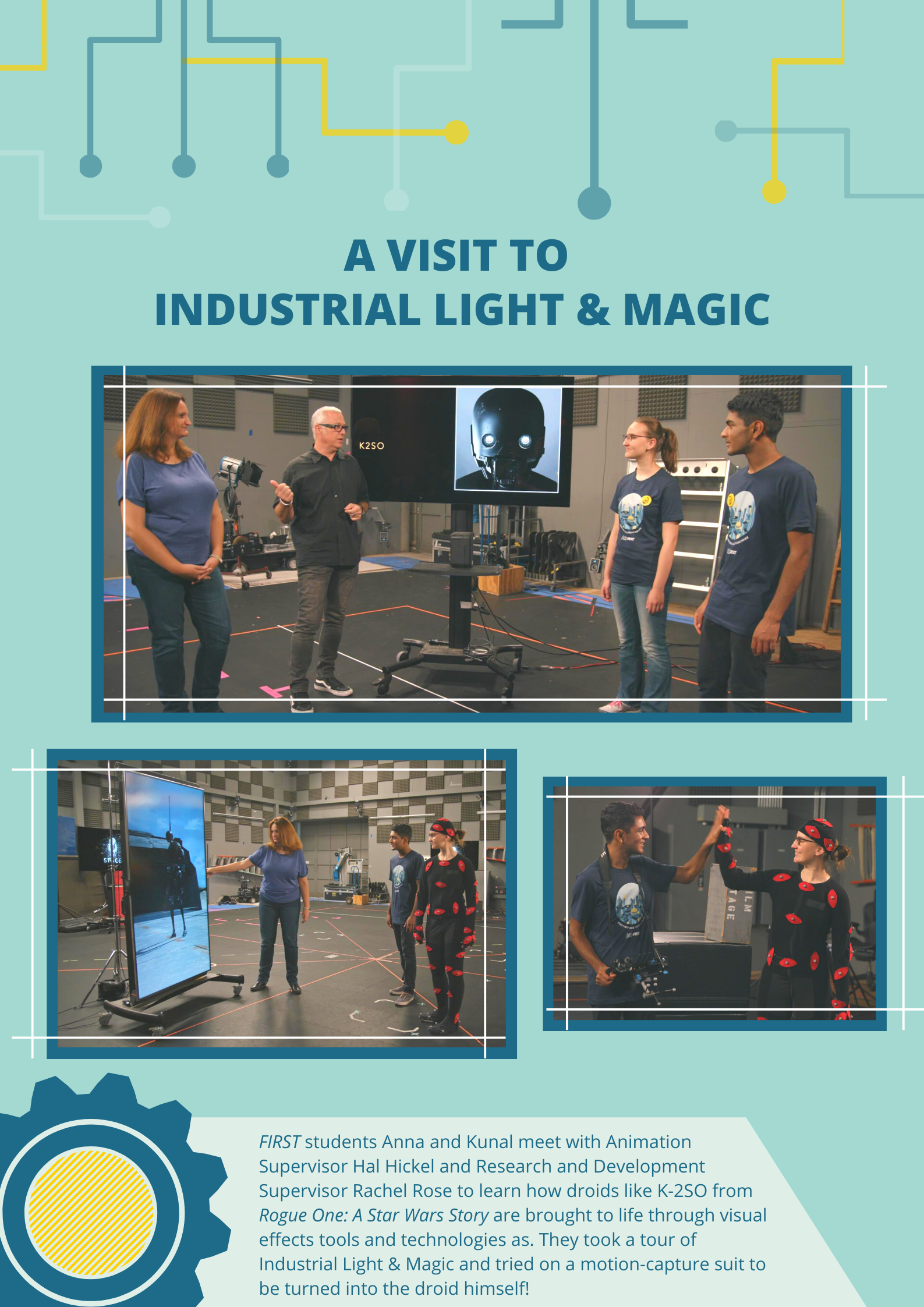