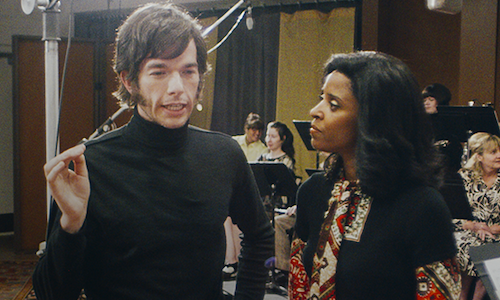 After two years off the air, IFC’s beloved, niche mockumentary series needed to make a dazzling return, building on the buzz and acclaim of Seasons “50 and 51”. Fred Armisen and Bill Hader had become cult icons in the world of Documentary Now’s various subjects, but for this season, Bill wasn’t featured in any episodes and Fred was only in a few. With that in mind, our social campaign needed to highlight a strong guest star lineup and connect Documentary Now and its subjects through the lens of what’s popular in culture today.

We re-introduced the show to its core fan base of film nerds and comedy lovers by Never. Breaking. The. Facade. Just as Helen Mirren introduces each documentary episode as if it’s being uncovered from the vaults of actual film history, our campaign approach was to treat each episode of the genre-defining Documentary Now with the utmost respect.

On social, every fictional element from the masterpiece documentaries was treated like reality. Our voice and tone took on the persona of a film critic, never acknowledging that the episodes were parody. Each documentary received its own campaign with a distinct look and feel, inspired by the key art from the real versions.

To kick off the new season campaign, we launched a Documentary Now Instagram account, posing as an archive filmography of the previous season’s documentaries. For the premiere episode, we delivered fans their very own ‘liberated and elevated’ cult names in real-time on Twitter ala Documentary Now’s parody of Wild Wild Country, Batshit Valley.

From our coverage at Sundance with an IRL version of Isabella Barta’s (Cate Blanchett) art show to a giveaway for a real vinyl original cast recording  of ‘Co-Op: The Musical’, our campaign delivered on the promise of never breaking the facade.

With over 22M impressions, ~1M engagements, and 9M video views, and 16K fans on Instagram, we’d give this campaign an unforgettable 5 stars. Our content for the Co-Op episode caught the attention of mega Broadway stars including Ben Platt and Lin Manuel Miranda who tweeted out a summoning circle asking for the musical to come to life.

A sample of the social critics’ rave reviews:
Paula Pell you are so funny in “Co-Op” I want to get my eyes scraped.
Cate Blanchett is brilliant and arresting in Documentary Now.
Long Gone: The confluence of music and politics is often worth exploring.
Bravo to all the visionaries and talent that poured their heart and soul into this epic documentary. 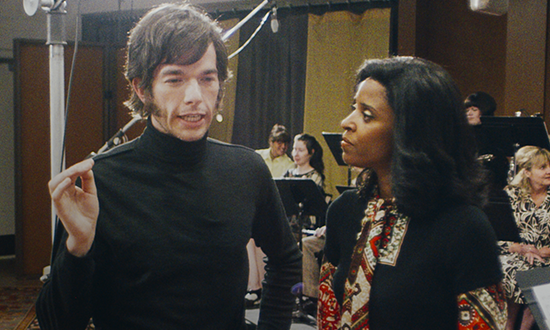 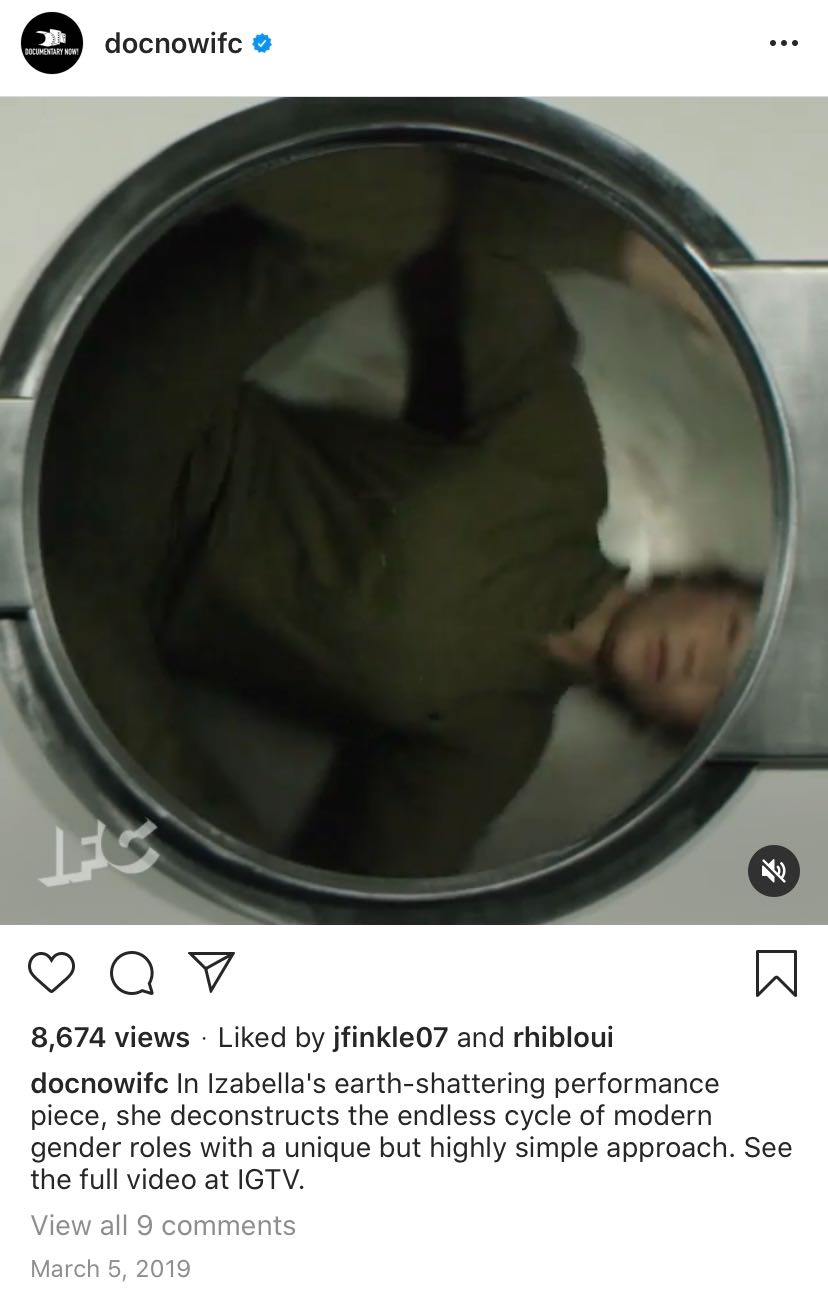 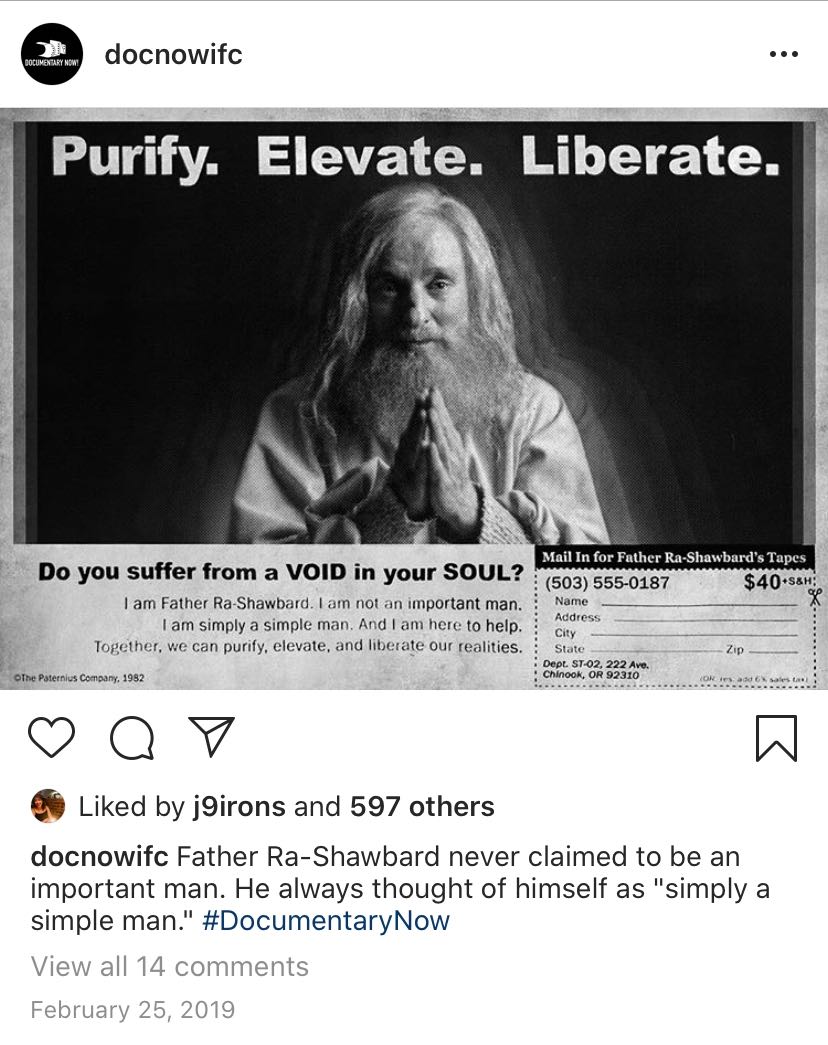 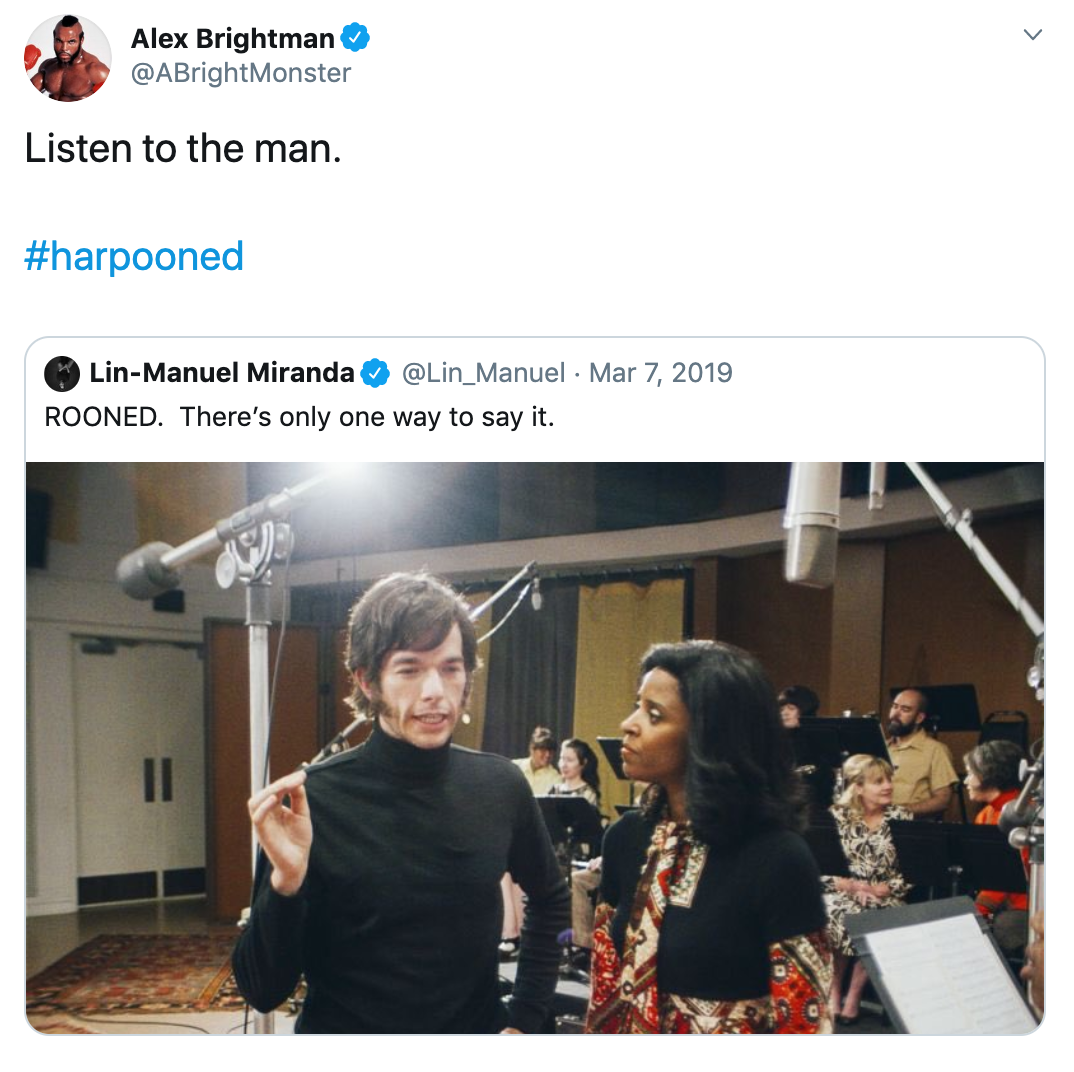 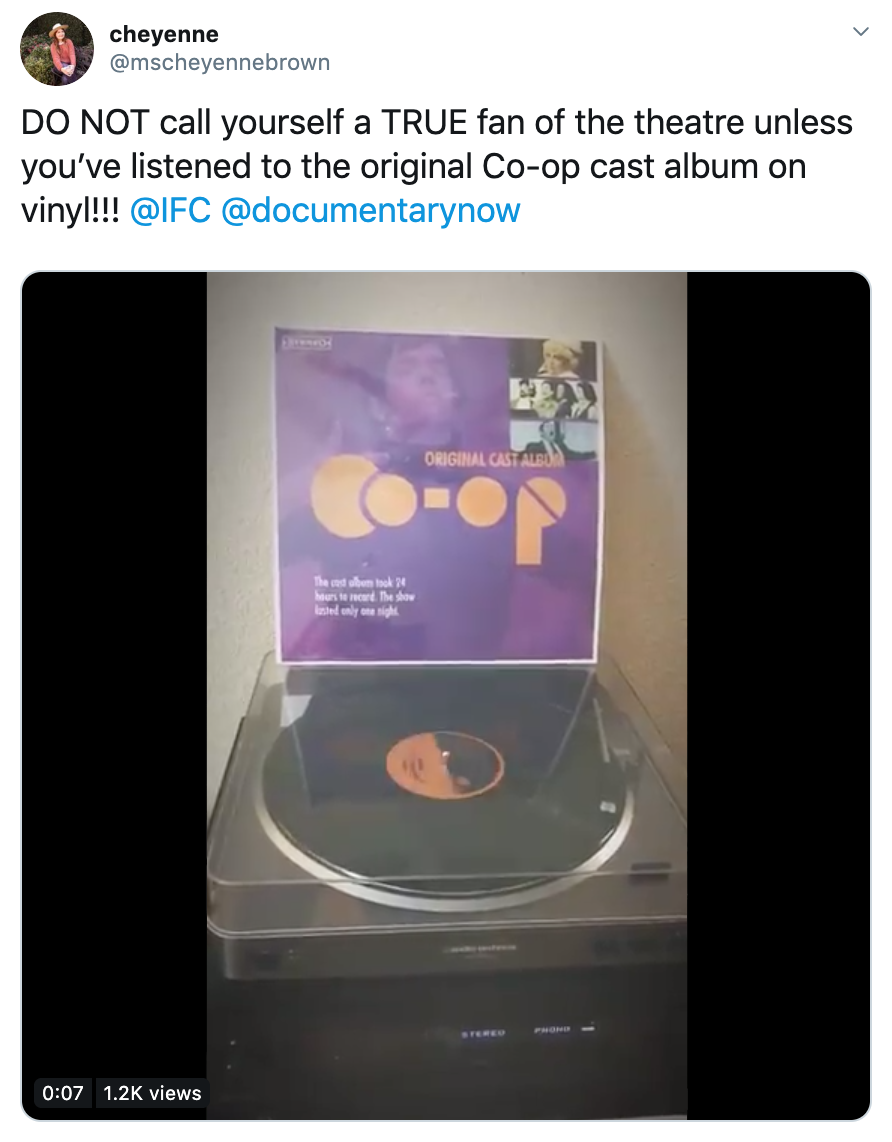 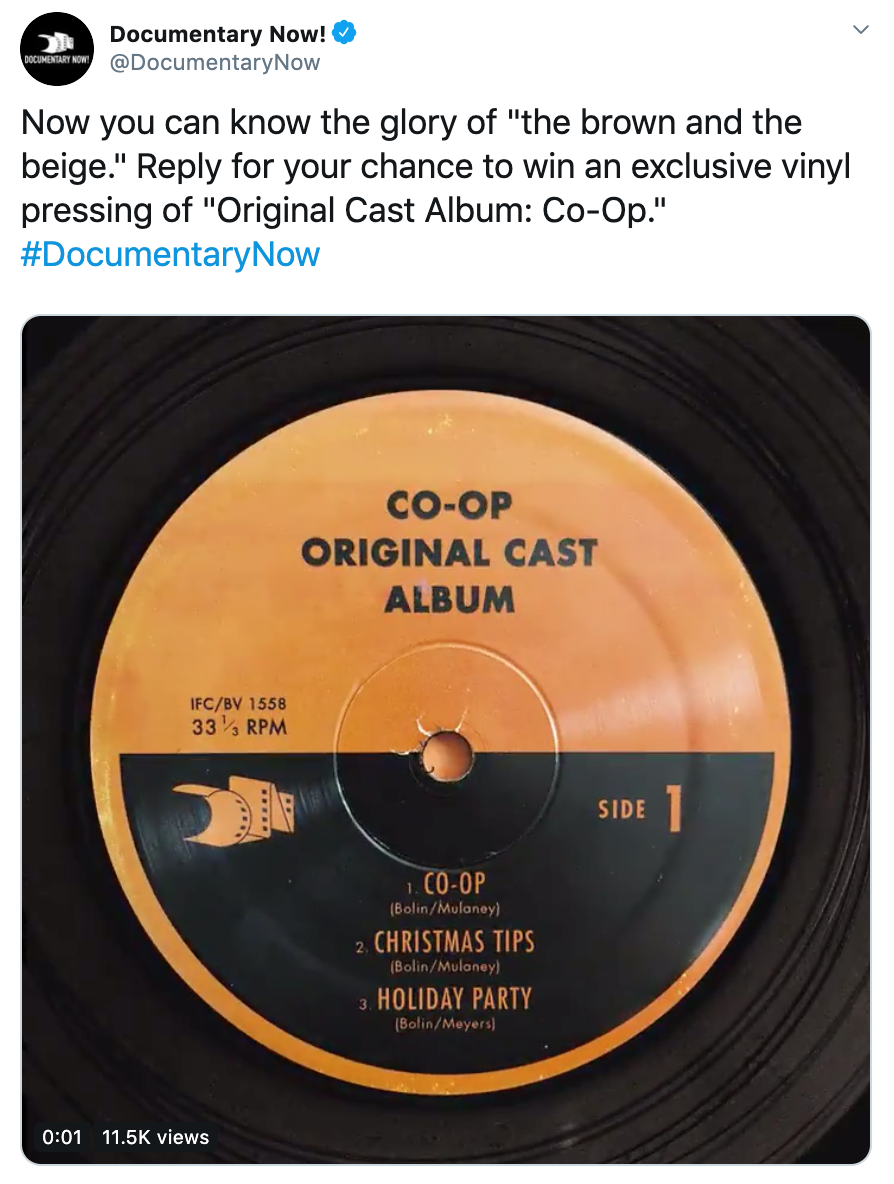 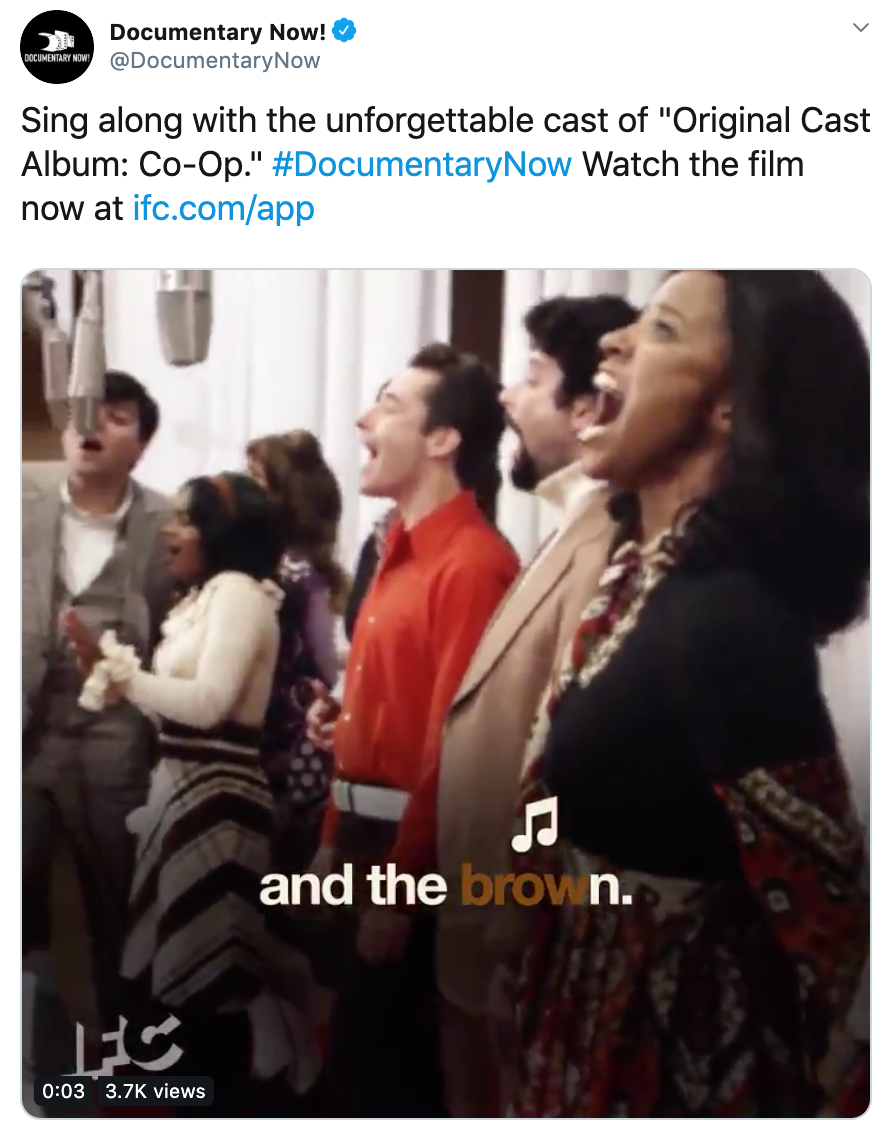 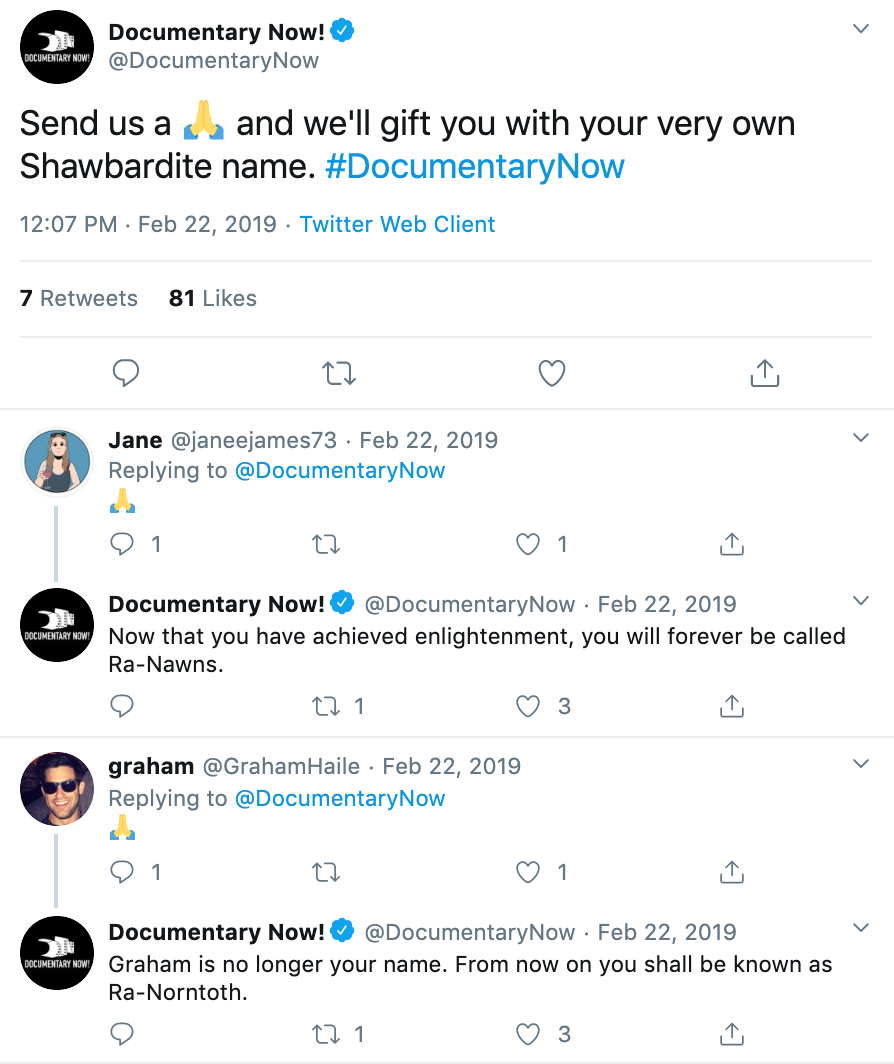