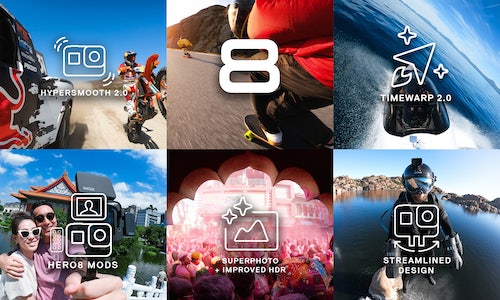 To raise awareness and drive demand for GoPro’s newest cameras, the HERO8 Black and MAX, through social media with content that is equal parts inspirational, educational and in line with the adrenaline-inducing side of GoPro. Within the consumer electronics industry, brands struggle to inform customers on technical specs, speeds + feeds and product enhancements in an engaging way. Our goal is to generate conversation while simultaneously educating the GoPro Community on the new product features and, ultimately, drive sales through sharable, entertaining social content. GoPro focused on a five-tier strategy to do so.

This year, we started to generate social buzz for the fall product launch early. We teased three assets over three days, starting two-and-a-half weeks out from launch day, alluding to the release for two new cameras and their features. Our community and the press started buzzing about the potential for a new 360 camera and the stabilization featured in the tease. The teases created the excitement we’d hoped for and set the stage for what was next—a more direct approach.

Launch day came, and we rolled out the second tier by announcing the new HERO8 Black with the first installment of our “Feature Thrillers” series. This video combined the energy and hype of a traditional GoPro launch video with product-centric and educational beats. The video illustrated the new flagship’s form factor, the attachable Mods, in-camera stabilization with HyperSmooth 2.0 + Boost, ultra-stabilized auto-hyperlapse mode with TimeWarp 2.0, and new photo capabilities, including improved HDR Photo in SuperPhoto mode and Live Burst.

We then released the GoPro MAX Feature Thriller, educating + stoking out our community on the new camera that works as a 360, a standalone HERO and a vlogging camera. This was a huge step up in functionality and consumer usability from our previous 360 camera, Fusion, which was more prosumer-focused. This Thriller educated on the new formfactor, in-camera stitching, true 16:9 touch screen and built-in technology of Max HyperSmooth, Max TimeWarp and PowerPano, as well as the new keyframe-based workflow, Reframing, in the GoPro App. This “Feature Thrill” proved MAX was a first in the industry, full of features unique to this three-cameras-in-one product.

That left us with one more crowd to please—the longtime GoPro fans who were hitting “refresh” on YouTube to see a traditional GoPro launch video, and we didn’t leave them hanging. The next day we executed the third strategic step by video that showcased all the classic heart-pumping GoPro moments. This video championed our brand voice within the consumer electronics space and left the longtime GoPro users in awe.

After allowing these videos to educate and engage our community, we pivoted from an exclusive camera launch, to an inclusive community challenge—we invited followers to grab one of the new GoPro cameras, capture content showcasing one of the many new features and submit it to GoPro Awards for the chanse to be feautered in the second annual Million Dollar Challenge. Users who submitted a HERO8 or MAX clip that made it into the final, entirely user generated edit, would walk away with an equal cut of $1 million.

The final push was to drive traffic to GoPro.com. In the following days, we published six consecutive assets to form an attention-catching, educational, square grid in our Instagram gallery (see photo below). Each post was dedicated to outlining a priority feature on HERO8 Black or MAX, and we leveraged video thumbnails to set the theme for content and copy of the corresponding carousel. Each post drove to GoPro.com with the goal being conversions.

This was GoPro’s most successful launch ever. By focusing on education, technical specs and features of the cameras, we reached a broader audience and inspired more camera sales than ever before.

Social sentiment was positive, and the new camera features dominated the conversation. One month following launch, our assets reached over 857M people and received over 70M engagements. This launch’s engagement rate is the highest of any launch at 8.1%.

GoPro launch content is being watched more than ever before, we racked up over 128M views in 30 days, (+42% vs. HERO7) the highest 30-day total of any launch to date. The HERO8 Feature Thriller has been the most viral of any launch asset on YouTube—shared 57K times in 30 days. Across all platforms, the suite of HERO8 launch assets have been viewed +13.8M times—the 3rd highest 30-day total. And user journey shows that social channels are contributing more conversions than ever before.

For the Million Dollar Challenge, we launched 1 final video on Jan. 29 with 56 clips featuring 45 creators representing 17 countries, rewarding $22,222 each—an equal share of $1 million—for their submission. All in, creators from 170 countries submitted HERO8 Black and MAX content, culminating in 42,000 clips for the GoPro team to view. The submissions nearly doubled from last year, totaling more than 350 hours of video, proving the value in inviting the GoPro Community to engage in this tech company’s challenge was successful in driving awareness, sales and stoke. 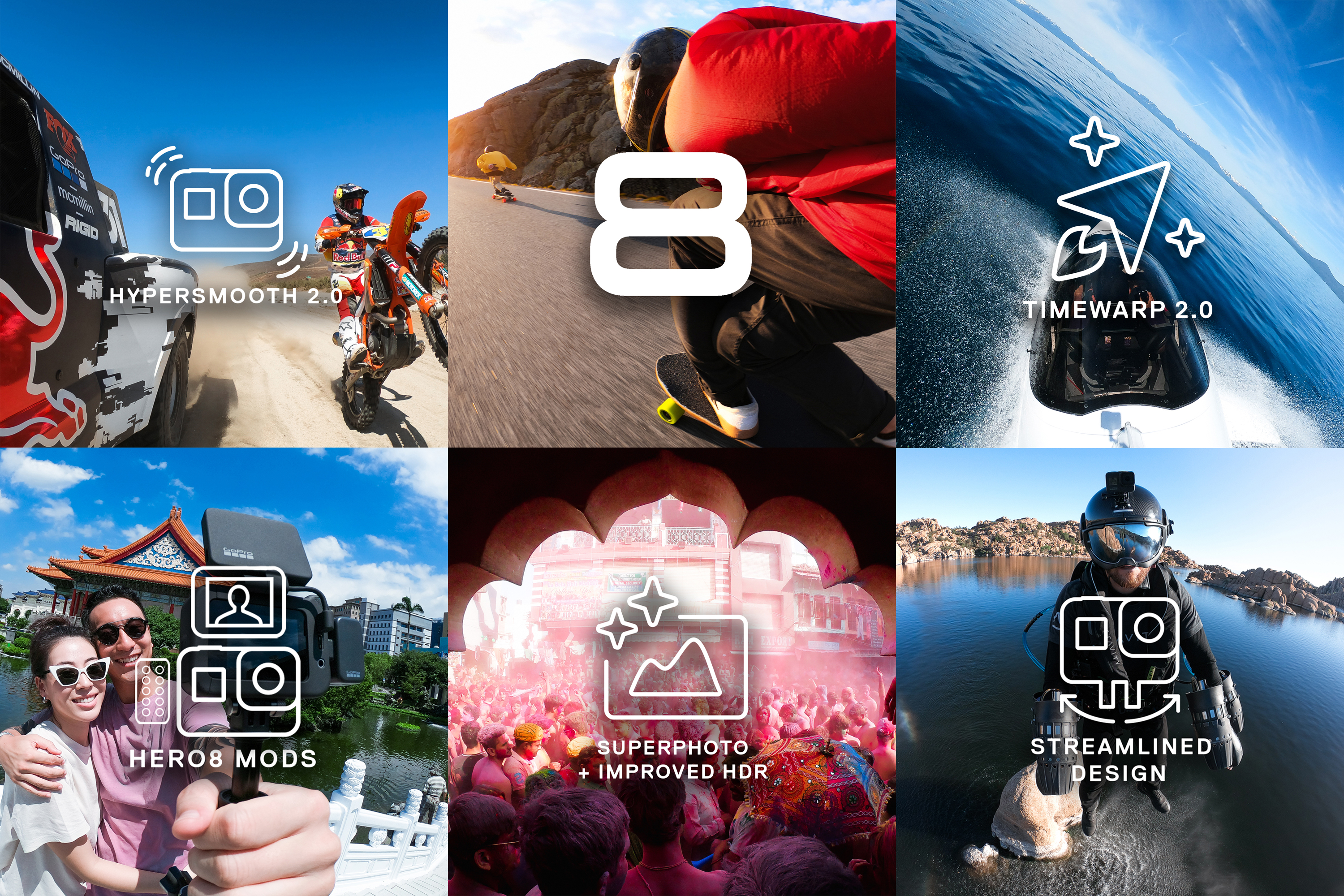 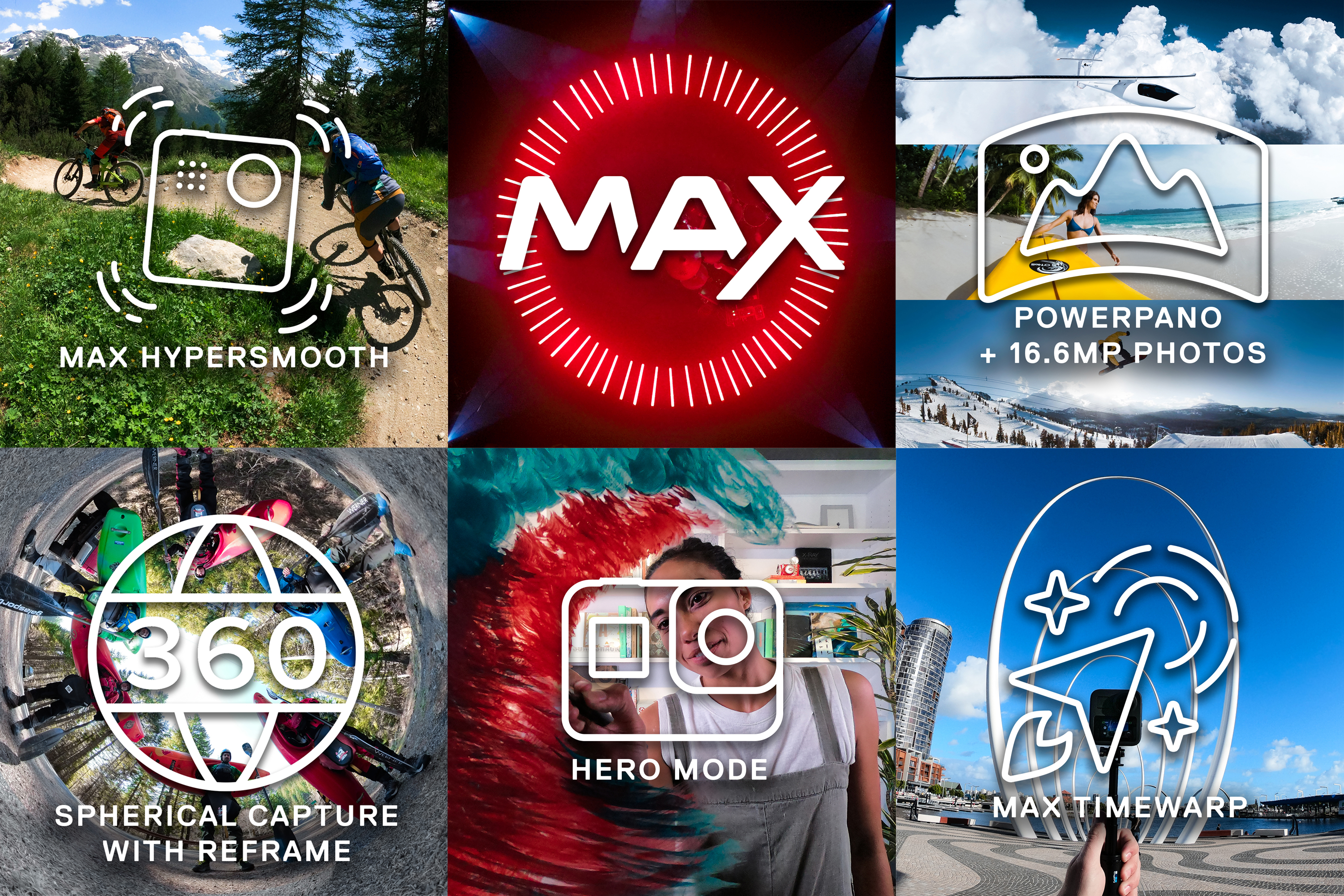