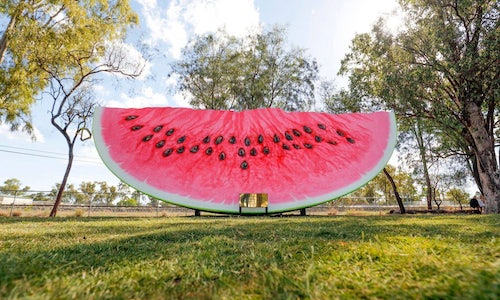 The travel landscape has changed drastically over the 18 years Wotif has been knocking about. With the rise of an increasingly competitive market, we wanted to remind Aussies that we're their original online travel mate.

To live up to our name and claim as being synonymous with Aussie travel, we had to contribute something as iconic as we are - and there's nothing more iconic to Aussie travel than Big Things.

The Big Banana, Big Pineapple, Big Koala, even the not-quite-as-big-as-the-real-thing Big Dinosaur. We just had to get in on the action, so the only logical solution was to build our very own Big Thing.

But we couldn't do it without getting the rest of Australia involved too.

We ran a nationwide competition to find the Next Big Thing. Would it be the Big Bin Chicken in Binnaburra? Or the Big Budgie in Smugglers Cove? And boy did Aussies have something to say about it, responding in droves on our competition website and social channels. We even mocked up some of the best suggestions from some our audience and our favourite travel influencers to give them a taste of how their Big Thing might look IRL.

Next, we got Aussies to vote. We couldn't get everyone a democracy sausage, but we did drive thousands of people to the voting page. While every man and his dog were voting, local councils and tourism boards and media outlets helped rally groundswell support from their own communities, prepping them for their new, Big neighbour.

Finally - we revealed the winner of Australia's vote - The Big Melon in Chinchilla. Working with some of Australia's finest Big Thing craftsmen, a 6-metre Melon assumed its position on the main road of Chinchilla, a town of about 6,000 melon-loving folks in rural Queensland.

●The paid campaign reached 5.8 million people on Facebook - almost a quarter of the Australian population

●The number of votes we got during the shortlist phase was equivalent to 70% of the population of the shortlisted towns (over 23,000 votes) 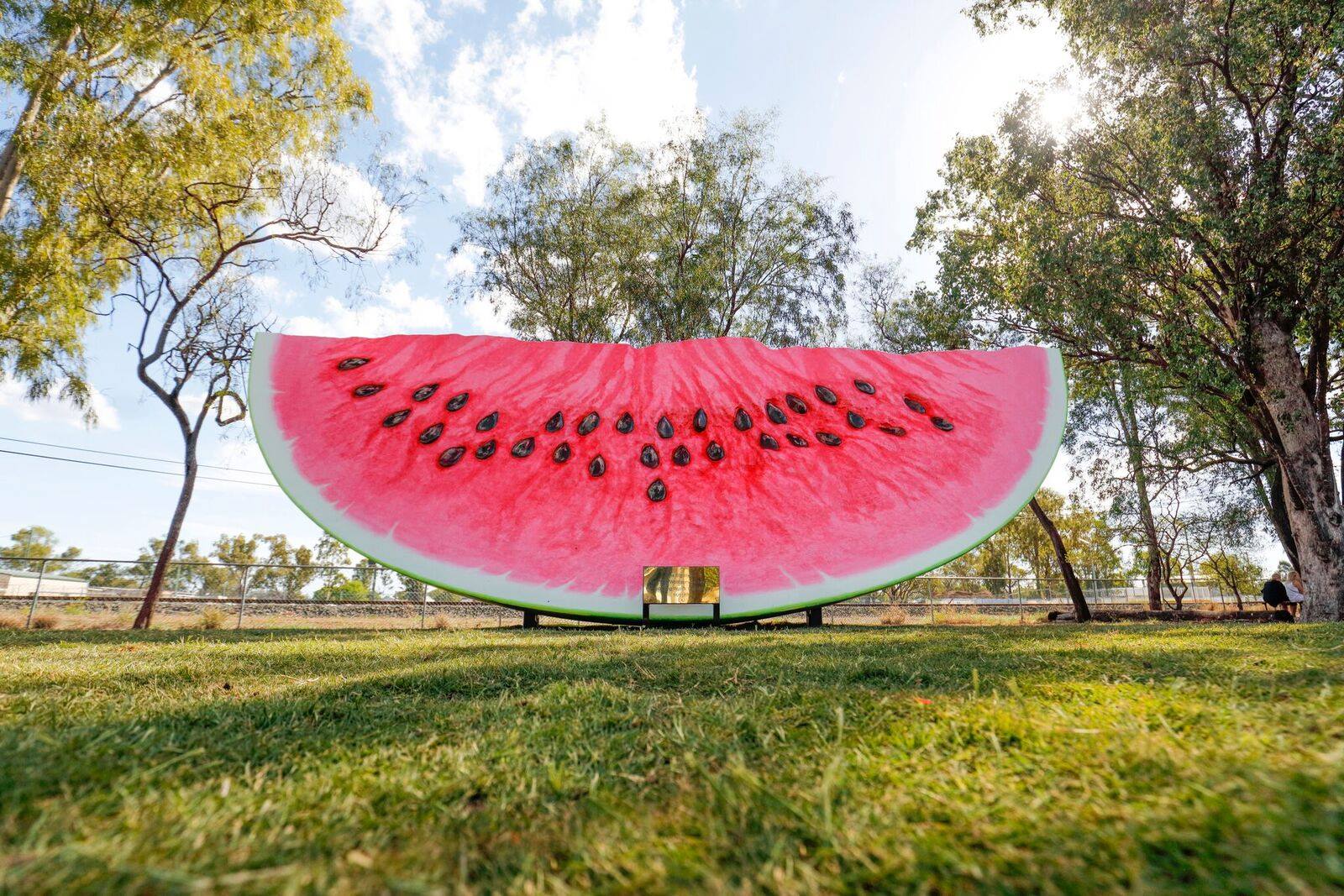 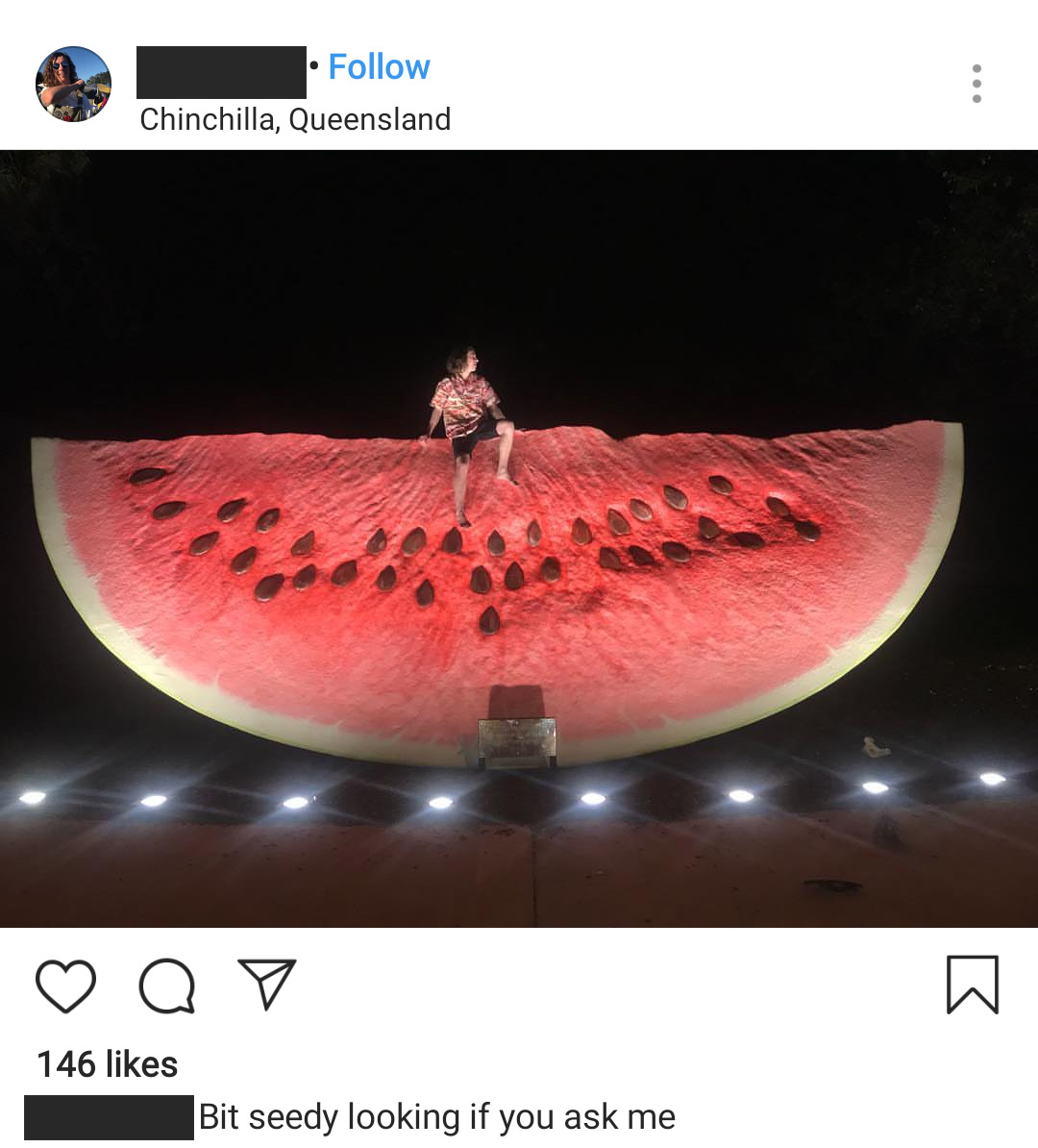 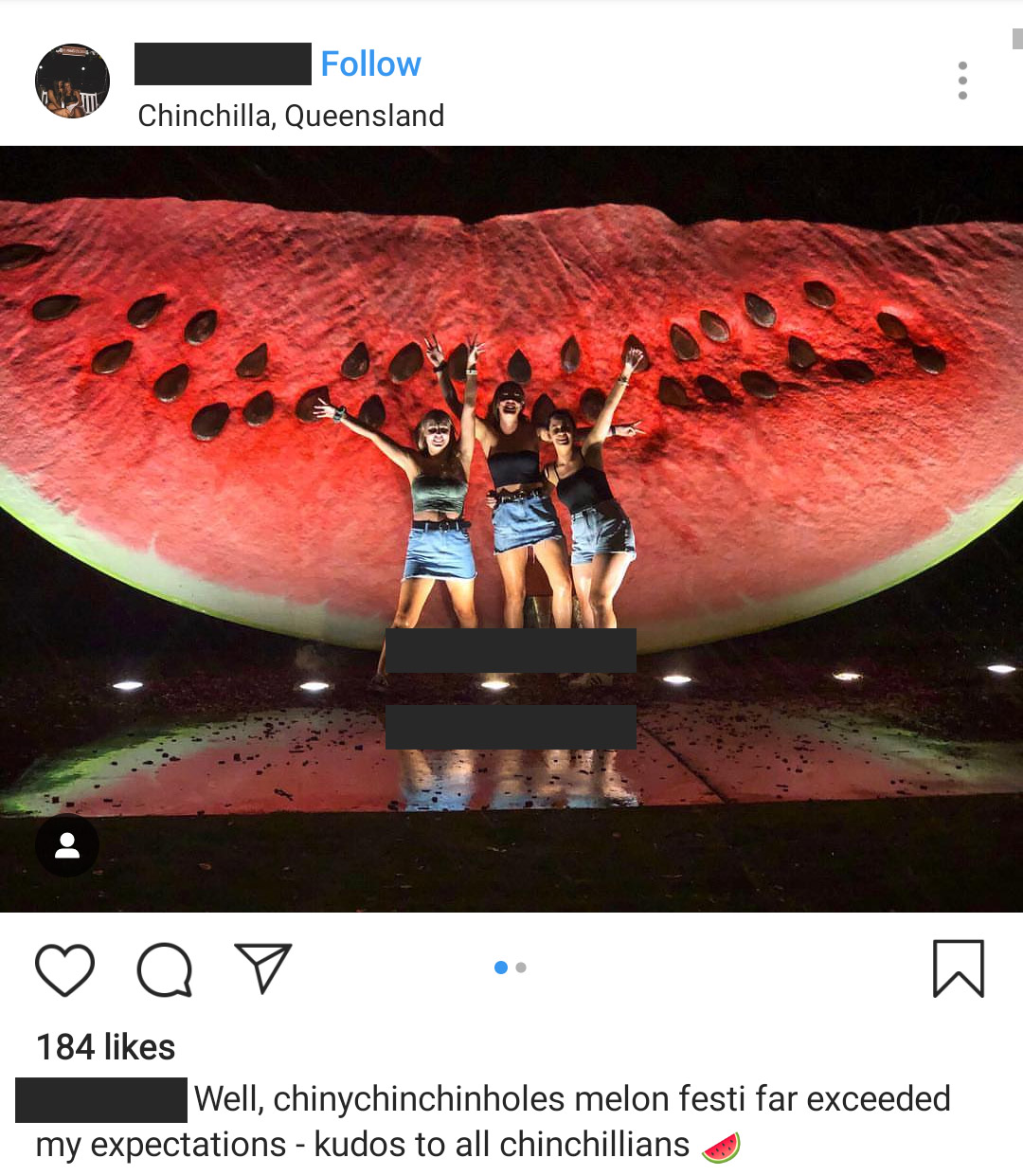 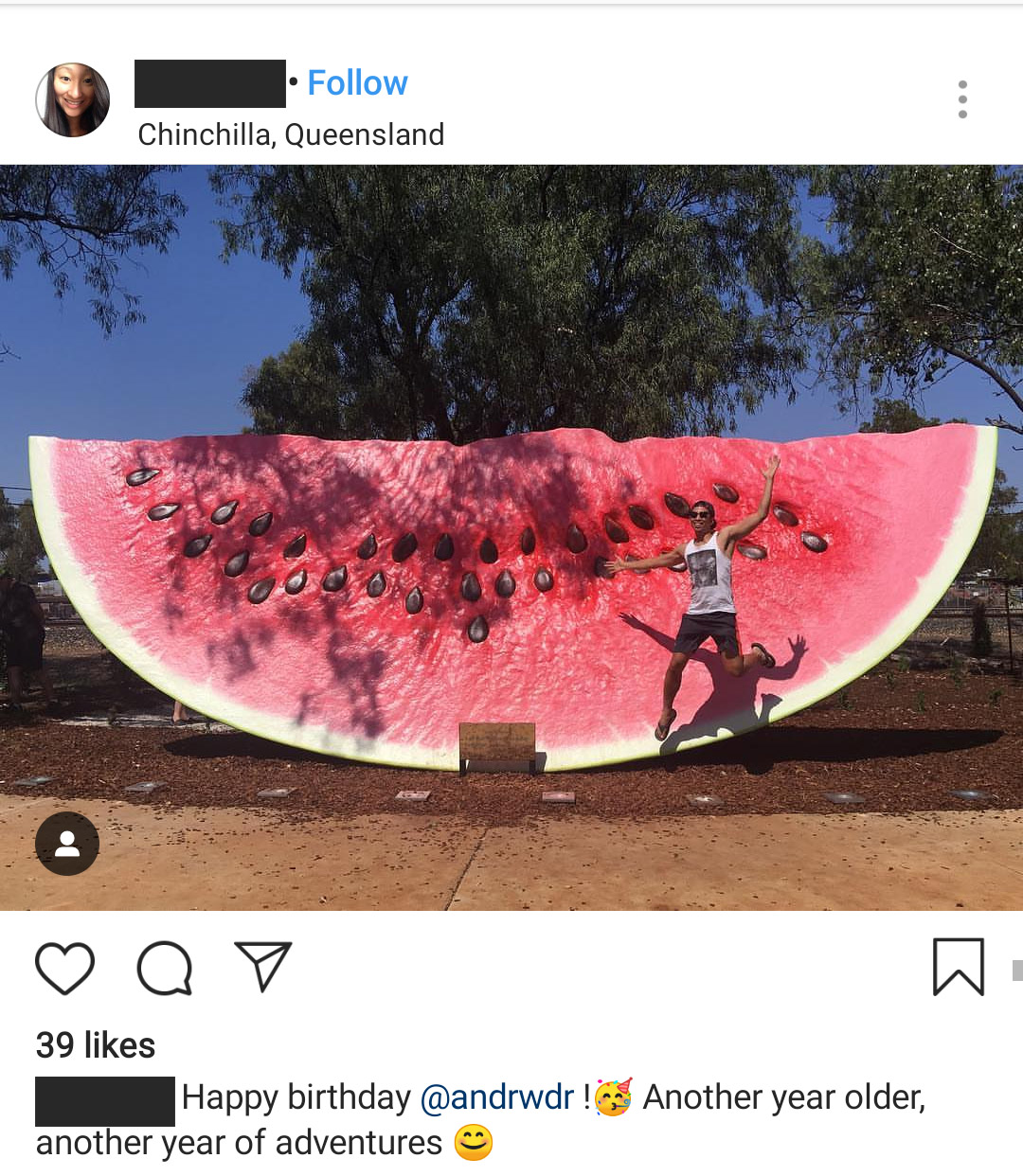 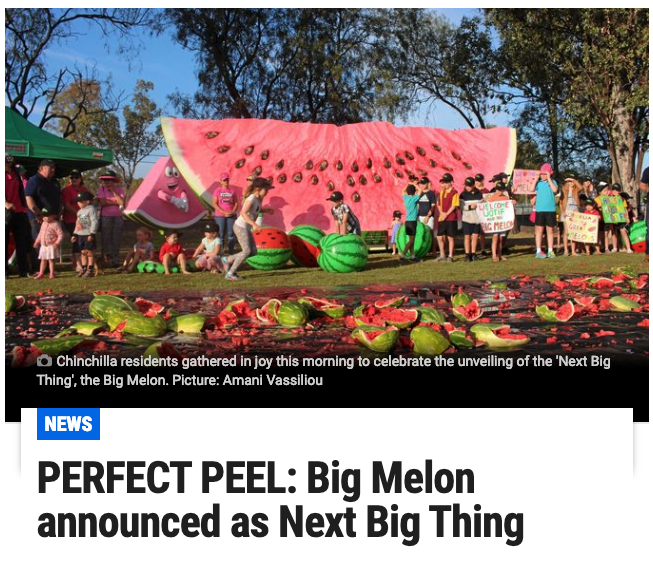 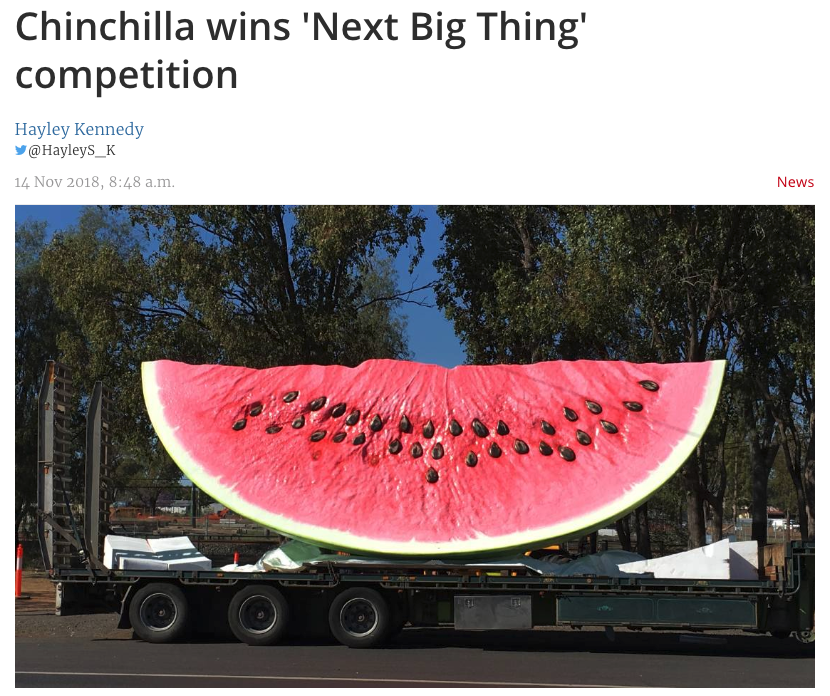 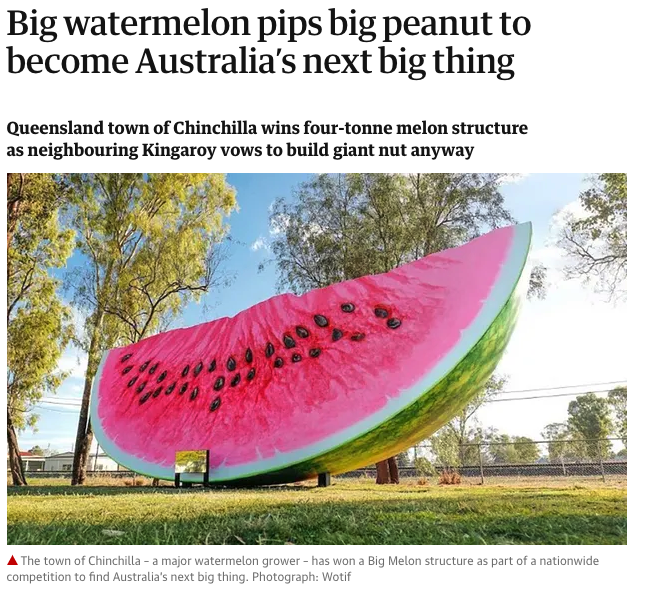 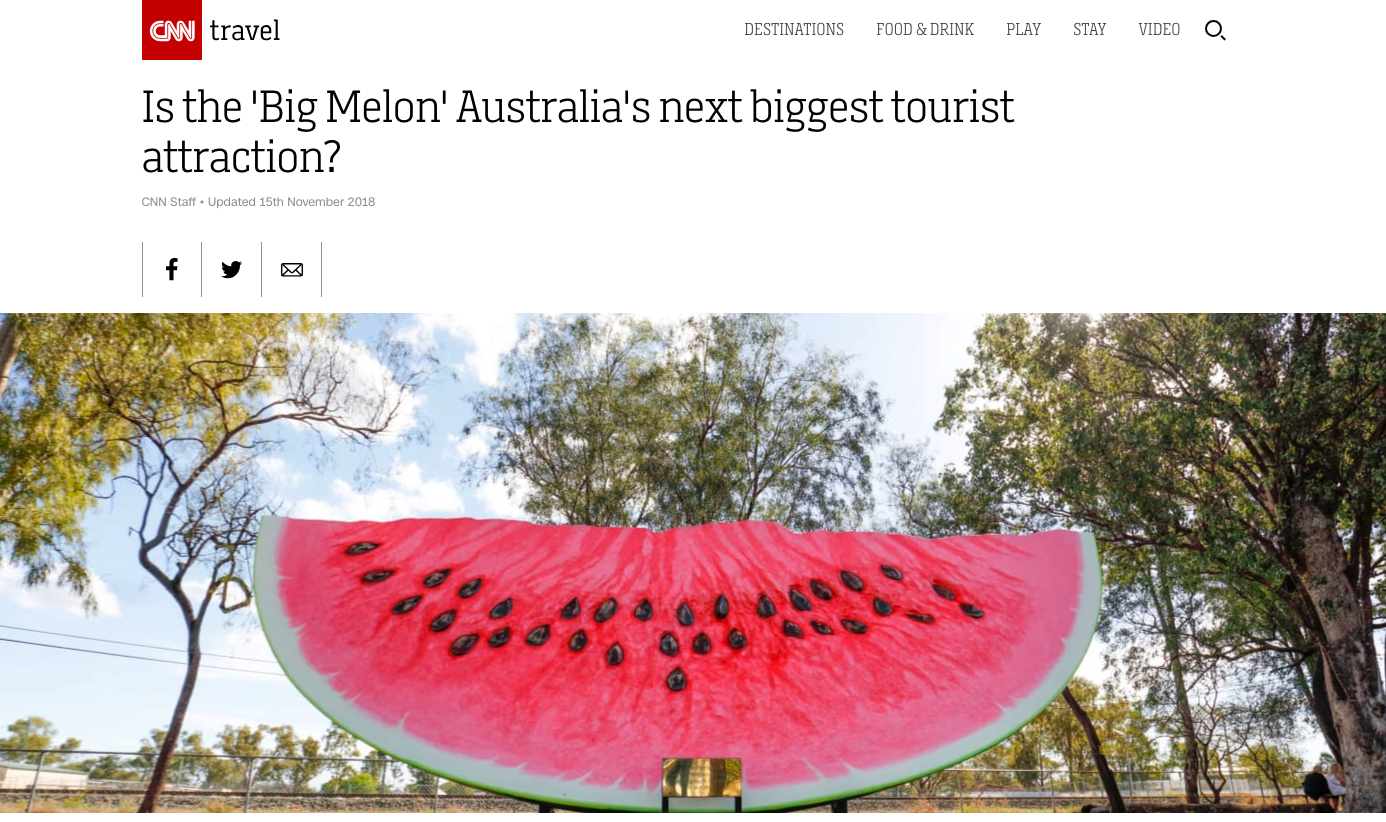 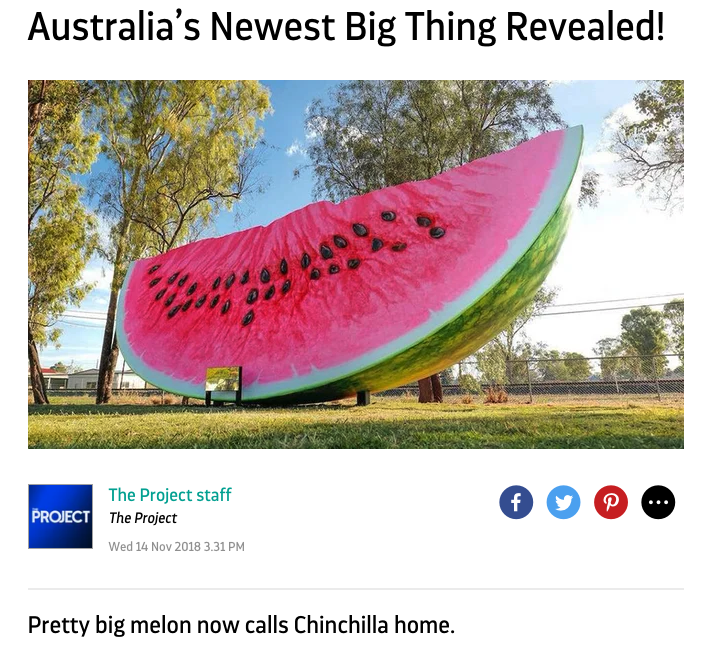