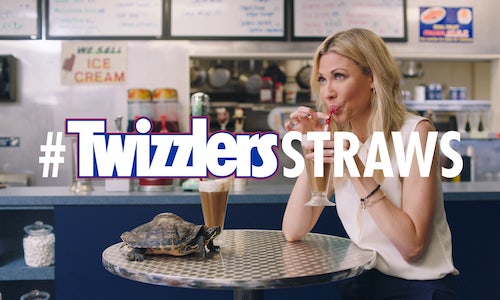 Follow the news with any regularity and you're likely aware by now that plastic straws are a scourge on the environment. Twizzlers posited the repurposing of their classic snack into an edible beverage suction device (aka a straw) as a cheeky but only partly facetious response to a real problem, and they needed to get the word out about this deliciously groundbreaking non-innovation. Comedy Central seemed like the perfect platform for Twizzlers' campaign, as its central concept already leveraged the network's classic approach of shedding light on a real issue via humor.

Twizzlers' idea of addressing plastic waste pollution by replacing plastic straws with Twizzlers was our fun, whimsical starting point. We reframed the concept within the context of a Daily Show field piece and looked to stand-out show correspondent Desi Lydic as our crusader for good. As Desi opens her report with a walk-and-talk fueled by the dramatic gusto you'd expect from Couric or Walters, she gives the viewer a to-camera rundown on the plague of plastic waste pollution and the role of straws therein. The problem is real and so is the solution, but the piece takes its turn to the absurd as she sits down with a "Twizzlers brand product innovator" to learn about the function, benefits, and groundbreaking science behind Twizzlers Straws. As she treats the candy like a complex technological breakthrough, Desi gains newfound understanding of the power she beholds and embarks on a one-woman quest to replace every plastic straw in America with a Twizzlers substitute. As she dons the persona of an agent of change, the dramatic montage gets ridiculous as Desi herself realizes the problem is too big to tackle at once—and she can't help sampling the solution along the way.

Our piece aimed to tap into buzz around the growing environmental ban on plastic straws in a way that was funny but didn't trivialize the issue. At the same time, we also needed to communicate Twizzlers' tongue-in-cheek solution without positioning it as a truly serious initiative, or as a substitute for more substantive forms of environmental action. Also, in representing the Twizzlers brand itself in the piece, it needed to be showcased in a way that was humorous but not derogatory; the scientist-ish "brand product innovator" character had to be silly while remaining likable and plausible. A limited shooting schedule also meant we had to race through a variety of different environments—including a beach, a science lab, an ice cream shop, a movie theater and an upscale restaurant—over the course of an ultra-efficient single shoot day for multiple pieces of both original and ancillary content.

This fast-paced :60 piece debuted during premiere and encore airings of The Daily Show with Trevor Noah. As the straw ban heated up in the news cycle IRL, the piece continued to permeate conversations on Viacom's social platforms, with the full piece shared alongside cutdowns, GIFs and memes sampled from the piece across Comedy Central's Facebook, Twitter Instagram, and a one-day MTV Snapchat Discover takeover. Twizzlers was thrilled with the response and creative, opting to expand the reach of the spot beyond their original flight. From the positive message to the hilarious execution, this was one integration that truly did not suck. 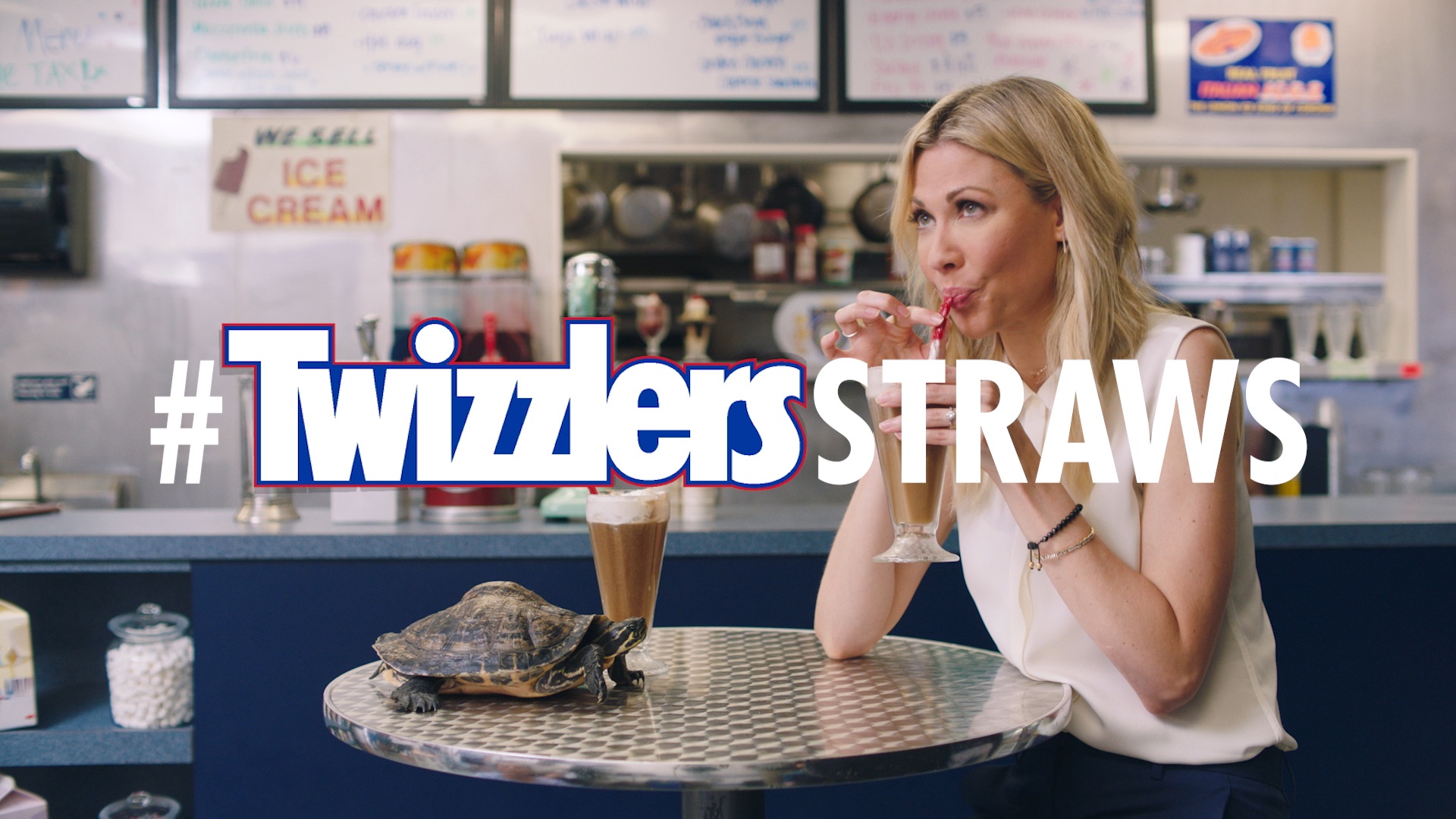