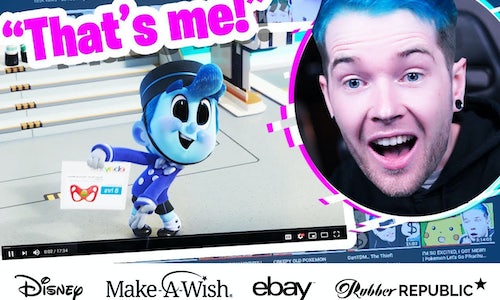 Rubber Republic & our "Remarkable Builds" collaborative series have been the catalyst for an increasingly fruitful partnership between eBay & Disney.

In November 2018 the film in question was the Walt Disney Animation Studios' 'Ralph Breaks The Internet'. What made this opportunity unique was that eBay was a major plot point within the film itself and the themes that ran through the movie were inspired by the social web.

Not only were both partners looking for a deeper level of integration, they wanted to top everything that had gone before in terms of personalities and execution.

As if that wasn't enough both parties were adamant that there should be a shared charitable focus integral to the execution. One that didn't just raise awareness, but also cold hard cash.

We identified Make-A-Wish UK as a charity that both organisations had partnered with in the past. Our KPIs would be set around raising awareness and money for Make-A-Wish UK alongside the commercial imperatives of eBay and Disney.

We created the eBay UK / Disney Remarkable Builds partnership and series 3 years ago. To date the series has delivered 129M views and counting.

Each Remarkable Build has showcased an influential online creator / Disney fan making something truly extraordinary with the help of eBay's infinite inventory.

This time we were adding Make-A-Wish UK to the mix, so we needed an influencer who could carry the weight of expectation and tie it all together.

Our choice of influencer on this occasion was clear: DanTDM. With over 20M+ subscribers, Dan is one of the world's most popular YouTubers; he's also a massive Disney fan and lover of all things Internet-y. But more importantly, he is also one of the charity's most requested celebrities for Make-A-Wish kids. So Rubber Republic proposed that Dan team up with Walt Disney Animation Studios to create something unique to delight both his and Ralph fans alike.

Our initial concept was a bespoke collaboration with Walt Disney's Character Design Team for Dan. So far, so unique for a commercial partnership, but we weren't finished yet. We'd spotted an opportunity to get the kid in the movie. Pretty exciting stuff.

'Ralph Breaks The Internet' is chock full of references to influencers and memes. Despite the movie being in the latter stages of post-production Rubber Republic pitched for Dan to be referenced or mentioned in the film as an easter egg for his fans (you don't ask, you don't get).

Disney accepted our challenge and created a cameo role for Dan. He was to voice the (UK) role of eBoy, an online alert messenger who pops up at various moments in the film to guide Ralph and Vanellope in their quest to find a replacement steering wheel for Vanellope's arcade game.

We vlogged Dan's trip to Disney's studios in Burbank watching him record his lines with film's directors (Rich Moore & Phil Johnston) and capturing the collaboration with the design team who had illustrated a bespoke DanTDM 'Netizen' character.

This illustration was then used in a limited edition line of t-shirts and artwork as the centrepiece of an eBay auction with all proceeds going to Make-A-Wish. Other one off items in the auction included the replica of Vanellope's steering wheel (donated by Disney); Dan's gaming chair and the chance for any DanTDM fan to have their names featured in a future DanTDM video on a Ralph inspired credit roll.

In early December DanTDM, Make-A-Wish and Disney hosted a very special screening of Ralph Breaks The Internet in London for 9x seriously ill children and their families. 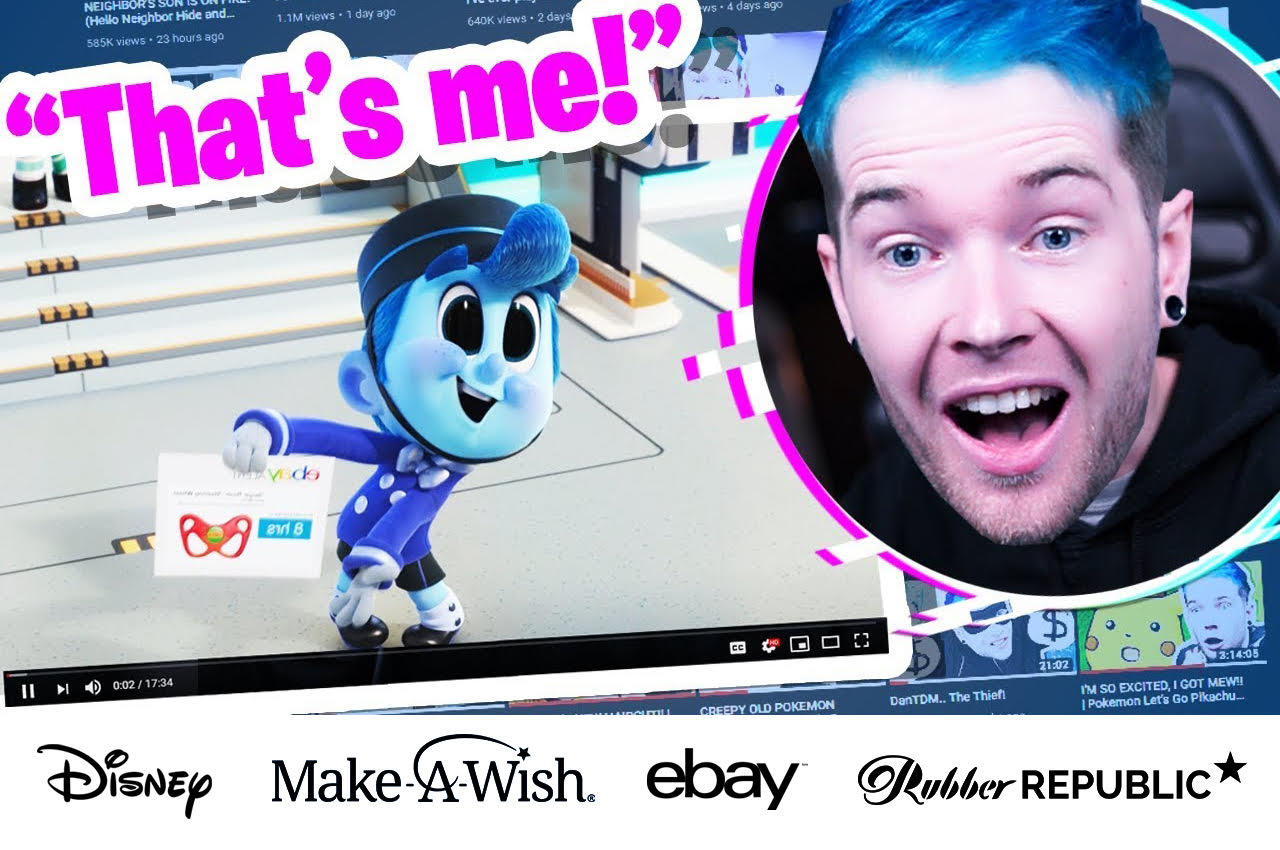