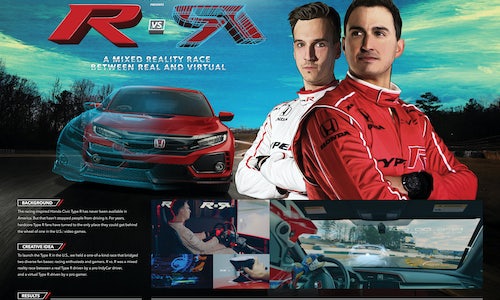 The racing-inspired Honda Civic Type R has never been available in America. But that hasn't stopped people from driving it. For years, hardcore Type R fans have turned to the only place they could get behind the wheel of one in the US: video games. So when the Type R finally launched in America, we wanted to bring those hardcore fans along for the ride while also creating a piece of content that showed off the Civic Type R's ability on the racetrack.

We found the biggest virtual Type R fan, e-sports athlete Peter Jeakins, and gave him a once-in-a-lifetime opportunity: the chance to compete in an impossible race between real and virtual. First, Jeakins recorded his fastest lap time in a virtual Type R at the Road Atlanta race track in Microsoft Forza Motorsport 7. Then at the actual Road Atlanta, pro IndyCar driver Graham Rahal raced a real Type R against Jeakins' virtual one.

To make the race possible, the real Type R was outfitted with a custom AR windshield. It used data from several sources, including Microsoft Forza, Google Earth, and GPS data, and turned it all into a simple visualization that let Rahal see the gamer's position on the track in real time. The worlds of real motorsport and racing simulation were merged like never before. 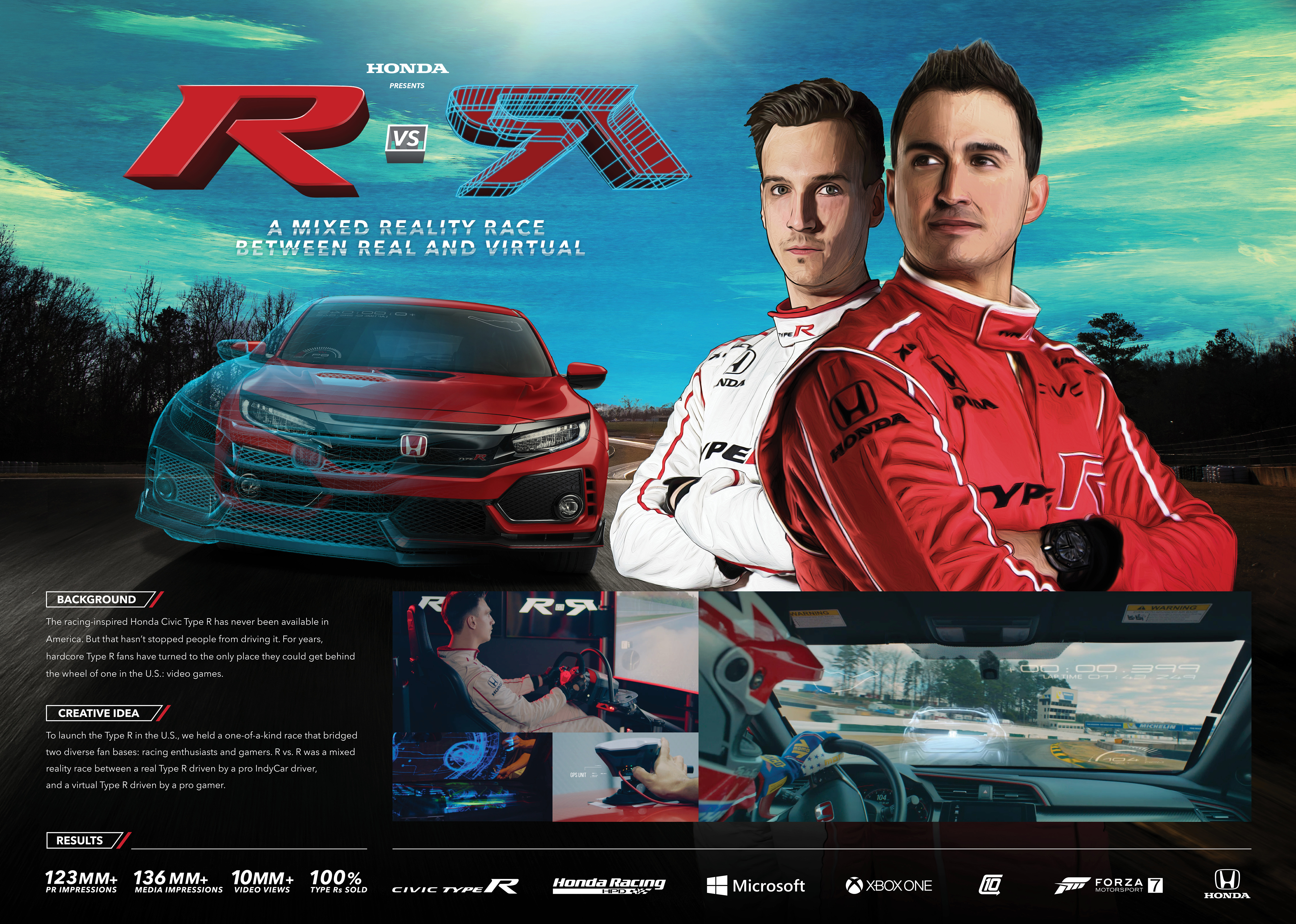