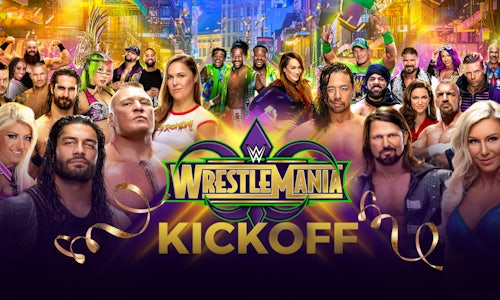 The WrestleMania 34 Kickoff Show aimed to provide WWE's vast audience with an exciting lead-in to the annual pop-culture extravaganza, WrestleMania. The dynamic pre-show streamed live across digital platforms, including YouTube, Facebook, Twitter, WWE Network, the WWE App and WWE.com, and set the stage for the entire pay-per-view to come with its presentation of three exclusive matches, interviews, character interaction, in-depth analysis and more.

The 2018 live two-hour WrestleMania 34 Kickoff Show captured the audience's attention by featuring three blockbuster matches, including "Total Divas" star Naomi winning the historic first-ever WrestleMania Women's Battle Royal, Cedric Alexander capturing the WWE Cruiserweight Championship from Mustafa Ali in a fast-paced showdown, and Bray Wyatt shocking one and all when he returned to give surprise assistance to his adversary "Woken" Matt Hardy and helped him to victory in the Andre the Giant Memorial Battle Royal.

In addition to the in-ring action, the all-star panel of Renee Young, WWE Hall of Famer Booker T, JBL and David Otunga analyzed a total of six championship matches scheduled to take place during the main show, discussing names like Brock Lesnar, Roman Reigns, Charlotte Flair, Seth Rollins, Alexa Bliss, AJ Styles and more. They also discussed John Cena sitting in the audience as WWE fans buzzed over whether the legendary Undertaker would return to face the 16-time World Champion turned sports-entertainment spectator. In addition, they gauged the enormous impact of the newly-signed former UFC women's champion Ronda Rousey and how "The Baddest Woman on the Planet" would fare in her first WWE match later that night.

The Kickoff Show also featured several well-produced video packages designed to raise the anticipation for the matchups ahead.

As a result of its strong presentation, the WrestleMania 34 Kickoff saw 6.53 million Live + VOD streams across the YouTube, Facebook, Twitter, WWE Network, the WWE App and WWE.com platforms, and was the second most-viewed WWE pay-per-view Kickoff Show over a 12-month period (Live + VOD). Among the Twitter trends for WWE that evening, Bray Wyatt's actions helped land him in the third spot for the night while the #WomensBattleRoyal ranked fifth overall.

In addition, the WrestleMania 34 Kickoff Show played a very important part in WrestleMania presentation overall, an extraordinary event streamed live on WWE Network and witnessed by a sold-out crowd of 78,133 fans who filled the Mercedes-Benz Superdome from all 50 states and 67 countries. 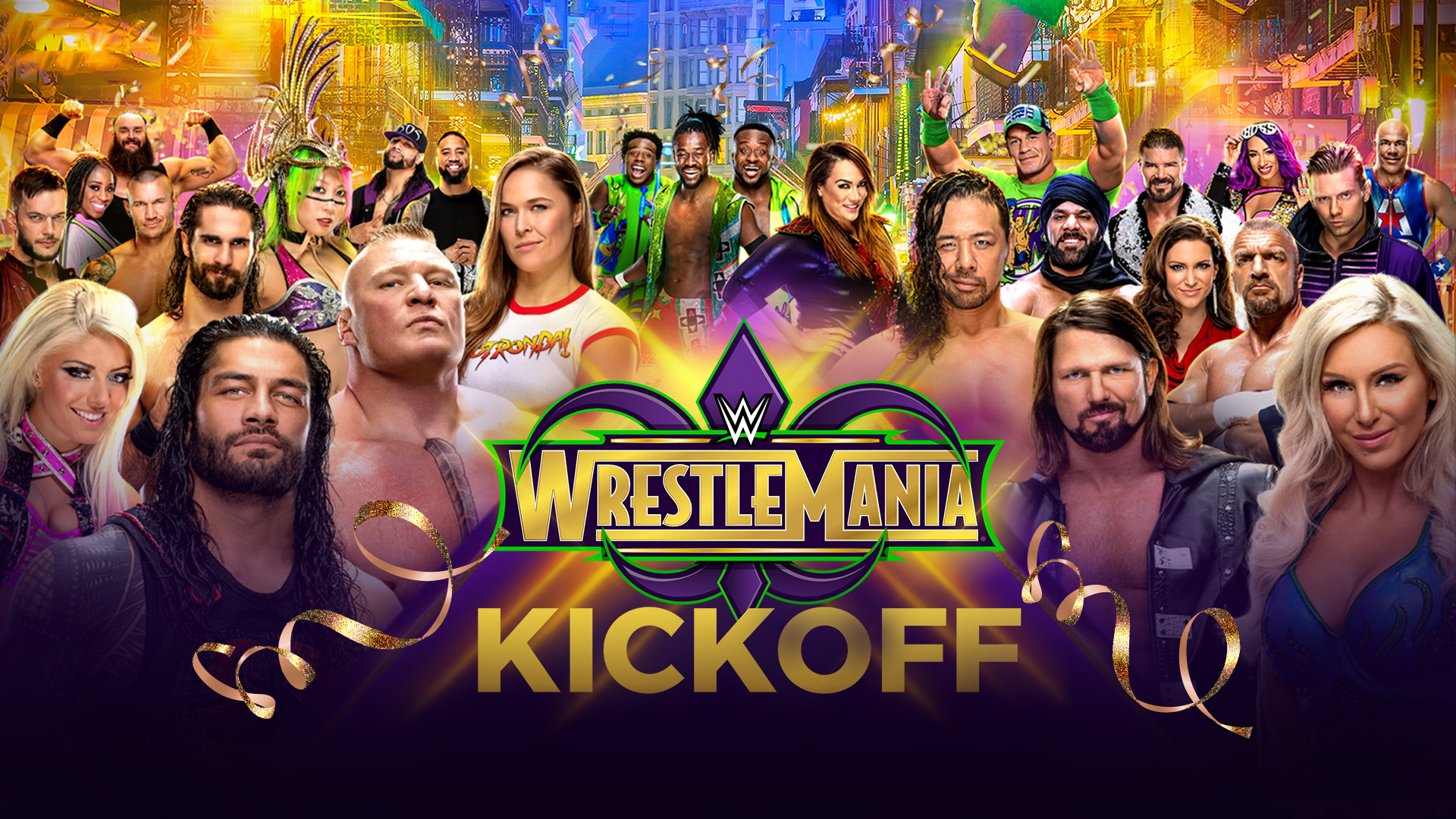