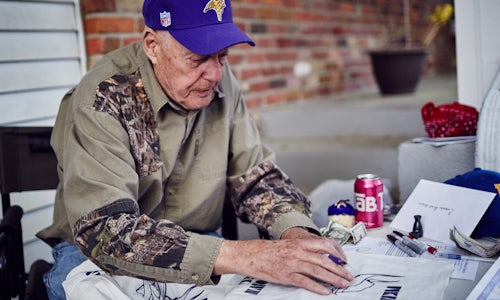 Every May for the past several years, Hall of Fame Head Coach Bud Grant has held a garage sale at his Bloomington home.

Amidst pocket knives, aged fishing lures and throwback Vikings posters, there are binders filled scrapbook-style with curling newspaper clippings and pieces of fan mail – notes scribbled in crayon by elementary school students; detailed words of advice penned by middle-aged, lifelong Vikings supporters; letters postmarked from all over the country.

But not all the fan mail is sold away as memorabilia. Rather, one day in his office at the Vikings former practice facility, Coach Grant tells me simply, "I have all kinds of letters."

He slides open a file drawer and starts to stack piles of envelopes in front of me – some yellowed, some tattered, all unsealed with the tell-tale, straight slice of a letter opener.

So began the project of carefully sorting through letter after letter written and mailed to the legendary coach.

From Notable Names (such as Richard Nixon, Archie Manning and Lamar Hunt) and Vikings Connections (Bobby Bryant, Jeff Siemon) to Minnesota Ties (Herb Brooks, Halsey Hall) and fan mail from all ages, Bud's box of letters painted a behind-the-scenes picture of the way the coach impacted - both directly and indirectly - so many lives.

After narrowing down 200-plus letters to approximately 30 of the most compelling, I wanted to dig deeper into the personal notes. I desired to share those stories with fans and provide a unique perspective on the legendary coach.

The most challenging — and by far, most rewarding — part of this project was tracking down the original authors of the letters.

In some cases, I spoke with family members, friends or colleagues in cases where the writer was deceased. While social media at times helped me to find the writers, on several occasions I sent a handwritten letter myself to the individual's last known address, and I was able to make connections that way.

From those phone interviews, I wrote short features — ranging from 500 words to approximately 1,500 — to share with fans the backstory behind each letter.

The six installments of Letters to Bud totaled the following numbers on social media platforms: 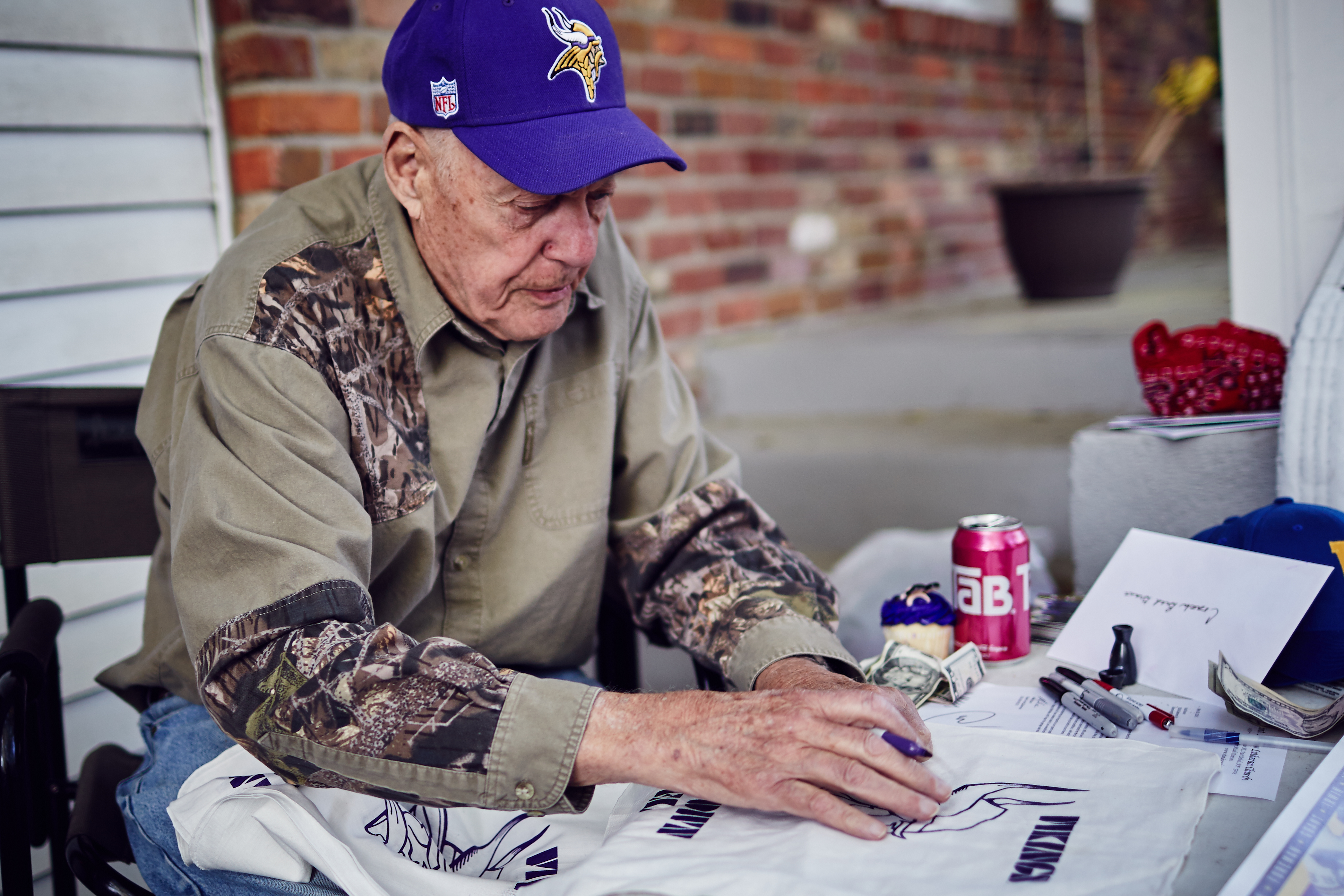 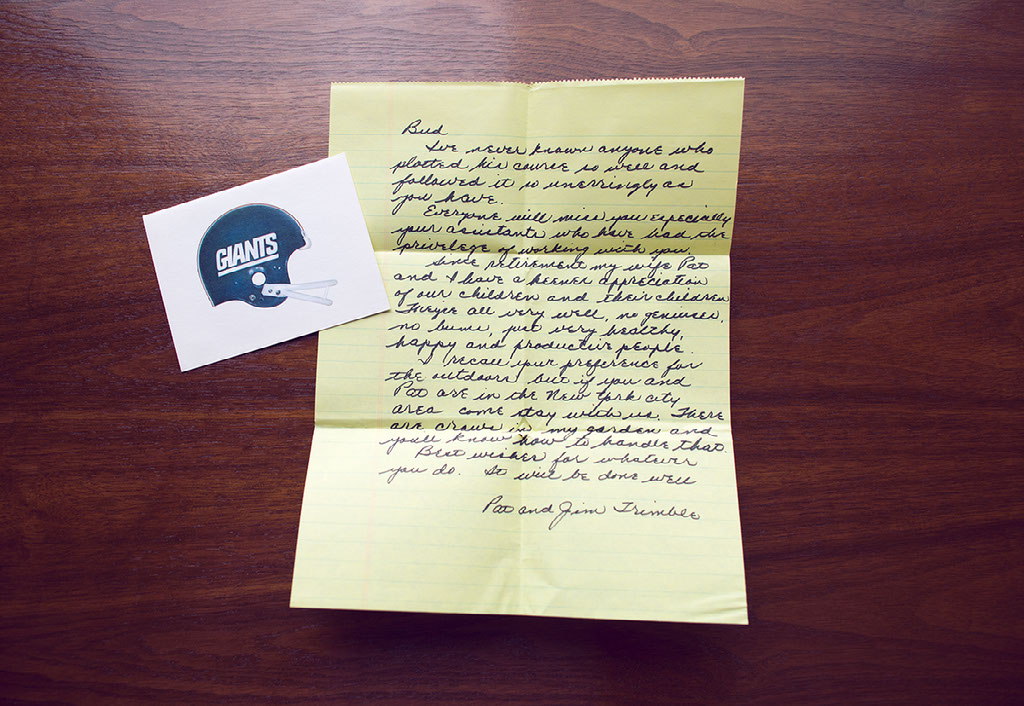 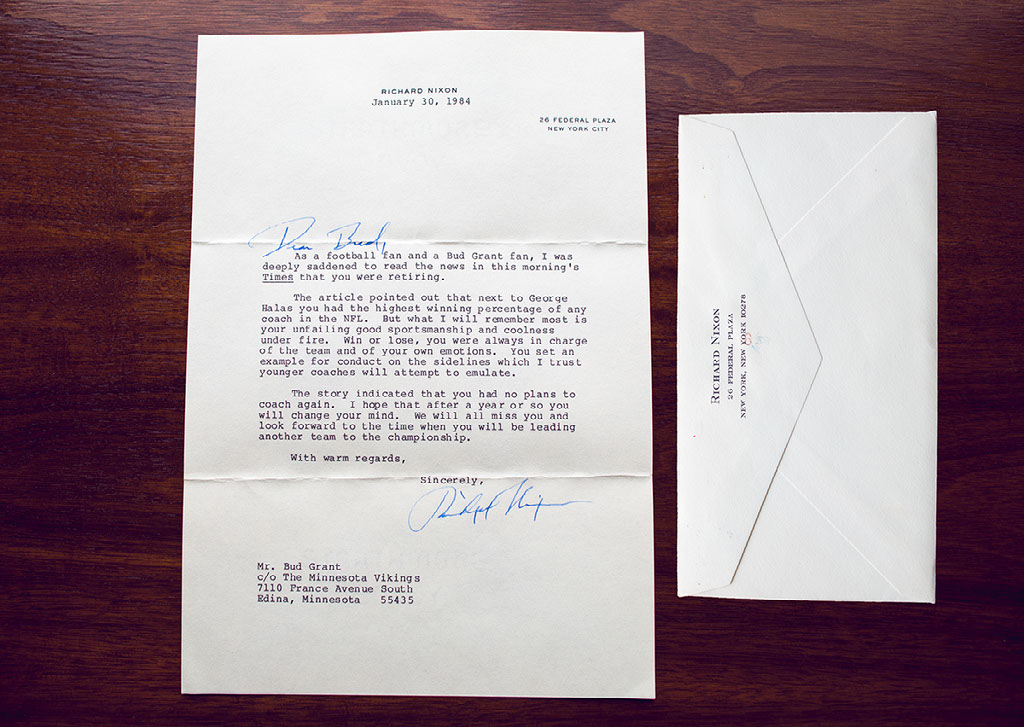 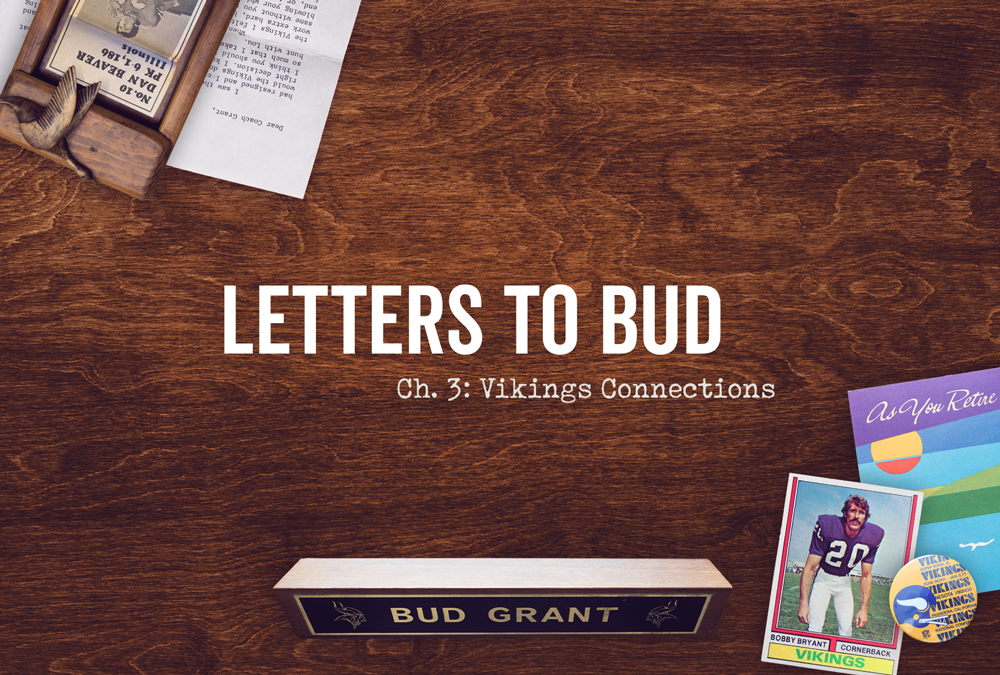