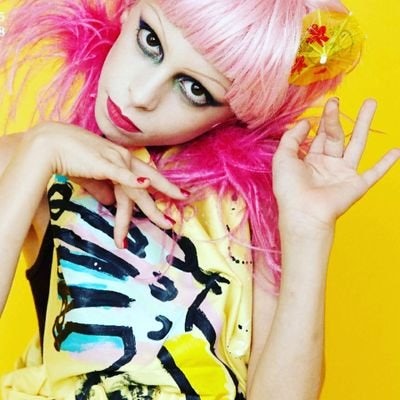 About Desmond is Amazing

Desmond first developed an interest in drag when he was a toddler. His mother would be watching RuPaul's Drag Race and he would stop playing with his toys in order to watch as well. He thought the drag queens were so amazing and beautiful, like princesses. He made his professional drag debut in Jinkx Monsoon's video for the "Bacon Shake" when he was just 7 years old. He continues to perform on stage and at events.

Desmond is an awarded LGBTQ+ advocate whose goal is to teach LGBTQ+ youth how to be themselves always and to pay haters no mind because they "will never be as fierce as you and I". He has received a letter of recognition from the president of Fairleigh-Dickinson University, is the "child honor godfather" of the ONG Espana campaign #unfuturosinviolencia, and has earned the Marsha P. Johnson Don't Be Outraged Be Outrageous award for his work in the LGBTQ community. He is frequently featured in positive articles, videos, and campaigns in various LGBTQ media. He has accomplished so much for his community in his 11 years of life.

He has slayed the runways at New York Fashion Week and appeared in Vogue Magazine four times, breaking the age and gender boundaries of the fashion industry. Desmond is also the founder of the first ever drag house for drag kids, the Haus of Amazing. He has recording his first inspirational music single "We Are All Amazing", which will be released in 2019. He has also just finished writing a children's book called "Be Amazing" to teach young children how to have self-confidence and express themselves. He is currently working on a TV show for LGBTQ youth.

What inspires Desmond most is the feedback he receives from other "drag kids" and LGBTQ+ youth. Often times they describe how Desmond has helped them discover the importance of self-expression and gave them the courage to come out. It is this personal engagement with fans, which Desmond has coined his "Amazies", that motivates him to continue doing drag and advocacy work.