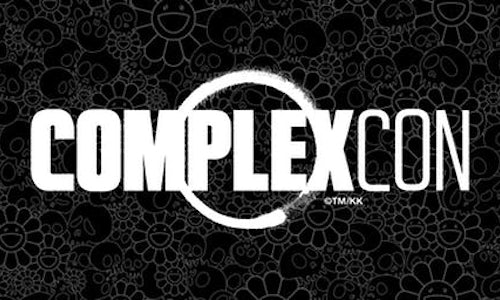 Created to bring "the Internet to real life," ComplexCon mixes concert performances, retail pop-up shops, in-depth conversations with cultural luminaries, art, food, brand activations, interactive technology and much more into a one-of-a-kind experience unlike any festival in the world. ComplexCon was formed in 2016 as a partnership between Complex Networks and ReedPOP, the producers of New York's Comic-Con and Agenda Show, and is held annually on the first weekend in November in Long Beach, California at the Long Beach Convention Center. World-renown artist Takashi Murakami and Grammy-winning singer-producer Pharrell Williams have served on the event's host committee since its inception, and their creative influences along with a star-studded roster of artists, musicians and celebrity panelists set the tone of the weekend both visually and energetically.

In its third year, ComplexCon was held on November 3-4, 2018. The key goals for 2018 were to create better balance within the retail experience and expand the size of the brand activations. Two hundred retail brands delivered the most coveted new exclusive drops in sneakers and style, and 15 larger-than-life art installations made up the footprint of the event. 2018 also debuted the "First We Feast Lagoon," an immersive outdoor food experience featuring local cult-eateries highlighted on the First We Feast YouTube channel (Complex's food vertical), including Jon & Vinny's, Lotus of Siam, Howlin' Ray's, Sweet Chick and many more.

ComplexCon leverages its audience to branch into new territories using its slate of 30 plus original video programs. Fans can experience their favorite Complex series in real life and interact with talent by attending live tapings at the event. New to 2018, the Complex Content Studio was a massive cube installation, suspended from the ceiling of the convention center, that served as the epicentre for broadcasting the live studio tapings and panels.

In addition to retail and food, talent is a highlight of the two-day experience. 2018 welcomed 20 show-stopping musical performances, more than ever before, in the Pigeons & Planes Arena with rap superstars Future and Rae Sremmurd as headliners. Attendees packed the house of 15 ComplexCon(versations), the event's staple of celebrity panels discussing the brightest mind in the industry, from fashion to food to film. A captivating line-up of pop-culture icons took the stage including Virgil Abloh, Lena Waithe, Issa Rae, Tommy Hilfiger, Allen Iverson and many more.

Most notably, ComplexCon 2018 elevated its profile in the entertainment space and served as ground zero for Hollywood's elite. Studios including Netflix, Annapurna Pictures, Universal Pictures, HBO, Showtime and more held multimillion dollar activations in promotion of hit films and television series like "Creed II," "The Grinch," "The Shop" and "The Chi"— all featuring leading talent on-site to engage with fans.

As a result of the event's continued success over the years, in December 2018, ComplexCon announced its inaugural ComplexCon Chicago, set to take place on July 20-21, 2019. It is the brand's first expansion to a new market, and the event will celebrate the spirit and influences of Chicago culture, give back to the community in impactful ways leading up to the event, all while delivering the memorable experience fans have grown to expect from the west coast. ComplexCon will also return for its fourth year in Long Beach in November. 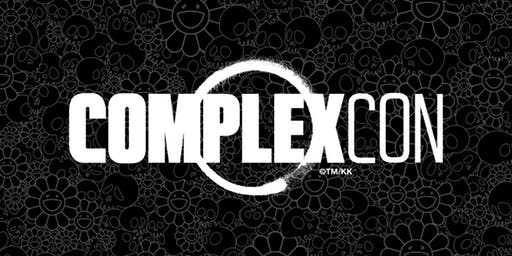