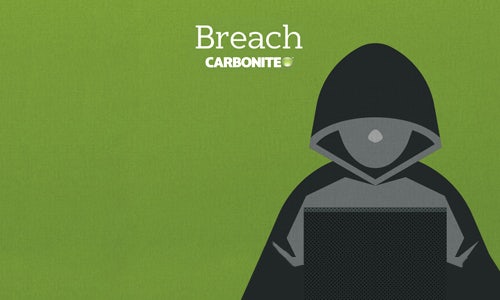 Together, Carbonite and strategic agency partners conceived the idea for Breach, a branded podcast investigating history's most notorious data breaches. The first season delves into the 2013 and 2014 Yahoo data breaches that left three billion users' private information vulnerable for three years before the public learned about it. Hosted by Bob Sullivan, an award-winning journalist and tech expert, and seasoned podcast producer Alia Tavakolian, Breach investigates every misstep that led up to the Yahoo attack—and what it means for businesses, consumers and the future of data privacy. The podcast features interviews with cybersecurity experts, journalists who covered the Yahoo breach, and hackers themselves.

- Demand Generation: Host-read podcast audio ads were utilized, along with push notifications, interstitial audio ads, and in-app promotion through the Stitcher platform. Through Stitcher, Breach was publicized to listeners of adjacent tech-focused podcasts, including Reply All, Startup, Recode Decode and Freakonomics. Additionally, Google/Bing/Yahoo SEM, paid social on LinkedIn, and select radio ads (e.g. The Tech Guy) were built into the strategy.

- Public Relations: Targeted media outreach to IT, security, and tech policy outlets, as well as advertising trade publications, helped build buzz prior to the launch. Press were provided with embargoed "sneak peek" episode(s) and exclusive access to content as part of the pitching effort.

- Social Media: The podcast series was announced and promoted on social through Facebook, LinkedIn and Twitter. A blog post on Carbonite.com was published for each episode, along with video accompaniment featuring a fireside chat with host Bob Sullivan and Carbonite SVP Marketing, Norman Guadagno.

- Lifecycle Marketing: Breach strengthened Carbonite's position as a thought leader in the data protection space, and thus was shared with both current and prospective customers. The podcast was featured in Carbonite's monthly newsletters and in standalone nurture emails to prospects.

- Channel Marketing: Carbonite utilized their vast partner network to build awareness of Breach throughout the industry, including a dedicated email campaign, a partner portal featuring a series of blog posts on the podcast, and a web toolkit page containing marketing tools for partners to leverage. Additionally, Spoke Media (production company) shot a partner video illustrating how they were hacked during the production of Breach and how Carbonite helped strengthen their data protection strategy. The data breach during the podcast's production was incorporated into the series and further proved the importance and relevance of data protection today.

Through strategic media placements, partnerships, and social influencer engagement, the series generated significant earned media exposure and built a strong base of subscribers.

The series earned the #2 ranking in Apple Podcasts for technology and #42 ranking overall; receiving over 207,000+ downloads (to date, which exceeded the success benchmark of 50,000 downloads provided by Midroll), with an average consumption rate of 87-100%. In total, listening hours of Breach exceeded 13,000, achieving a 5-star rating and positive listener reviews, such as:

"Timely and awesome. This podcast touches on a potent mix of current events and high tech realities that much of the population remains blissfully ignorant on. Entertaining and accessible, this podcast educates and thrills. Must listen, for sure." — Apple Podcast Reviewer

This fully integrated earned, owned and paid media approach garnered more than 2.1M impressions, 50,000 clicks and over 500 social posts in the first six weeks. During the First Quarter 2018 Earnings Results call, Carbonite's CEO, Mohamad Ali, highlighted the success of Breach and the team's ongoing efforts to position Carbonite as a business first brand. 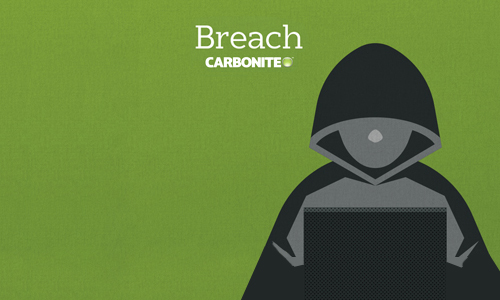