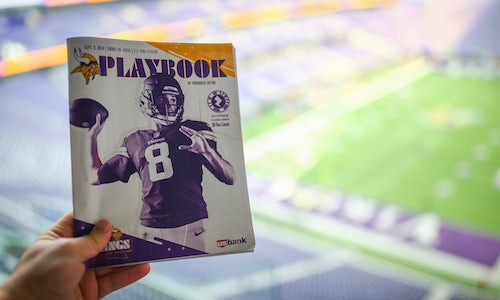 Game programs have long been a keepsake for fans attending matches of their favorite teams. The programs connect fans to players through player profile stories and offer statistical information.

But what if that program was much more than just a static image?

Players featured on the covers of Playbook "came to life" through augmented reality and the Vikings official mobile application. Whether that included a through-the-years interactive photo gallery with Kirk Cousins or a video of Stefon Diggs' miraculous catch against the New Orleans Saints, the magazines were used to provide additional content, only visible through the A.R. feature in the Vikings official mobile app.

With more than 500,000 downloads of the team's official mobile app, the Vikings wanted to use the technology to provide an additional offering for fans attending home games at U.S. Bank Stadium.

Prior to each game, programs are placed on each of the 66,000 seats in the stadium. As the Playbook is also a valuable asset for sponsorship teams, the Vikings sought to provide an additional feature beyond the written features. The goal was to increase awareness and engagement with both the Playbook and the Vikings app, while also serving to drive more downloads.

In partnership with Zappar, the team created exclusive videos relevant to that week's game. Each week, a different Vikings player adorned the cover. Fans were able to use the Vikings app, click "augmented reality" and simply scan the cover of the magazine. After a quick transition, the players would appear to come to life like an animated trading card. Fans would be able to click various buttons that appears - "did you know" features, family photo albums, player videos and statistical information.

After the video finished playing, a cutout of that player appeared on-screen, and fans were able to snap selfies or include the player in a photo with their friends before sharing it on social media.

One of the primary goals was to integrate the Playbook and mobile app to encourage engagement with fans on game day and beyond. In fact, roughly one-fourth of the scans occurred after the game, showing an increase in the lifespan of the magazines as fans were still interacting with it days later. The augmented reality feature becomes a lasting, virtual keepsake for fans to cherish. Another important factor was app usage within the stadium. The AR feature allowed fans to interact with the app for rich, engaging content.

The Vikings shared videos of the Playbook covers coming to life on Twitter for fans that were not in attendance at the stadium. The seven tweets earned more than 376,320 impressions and more than 85,338 video views. Other brands, such as Front Office Sports, took notice and shared the AR feature to their accounts. 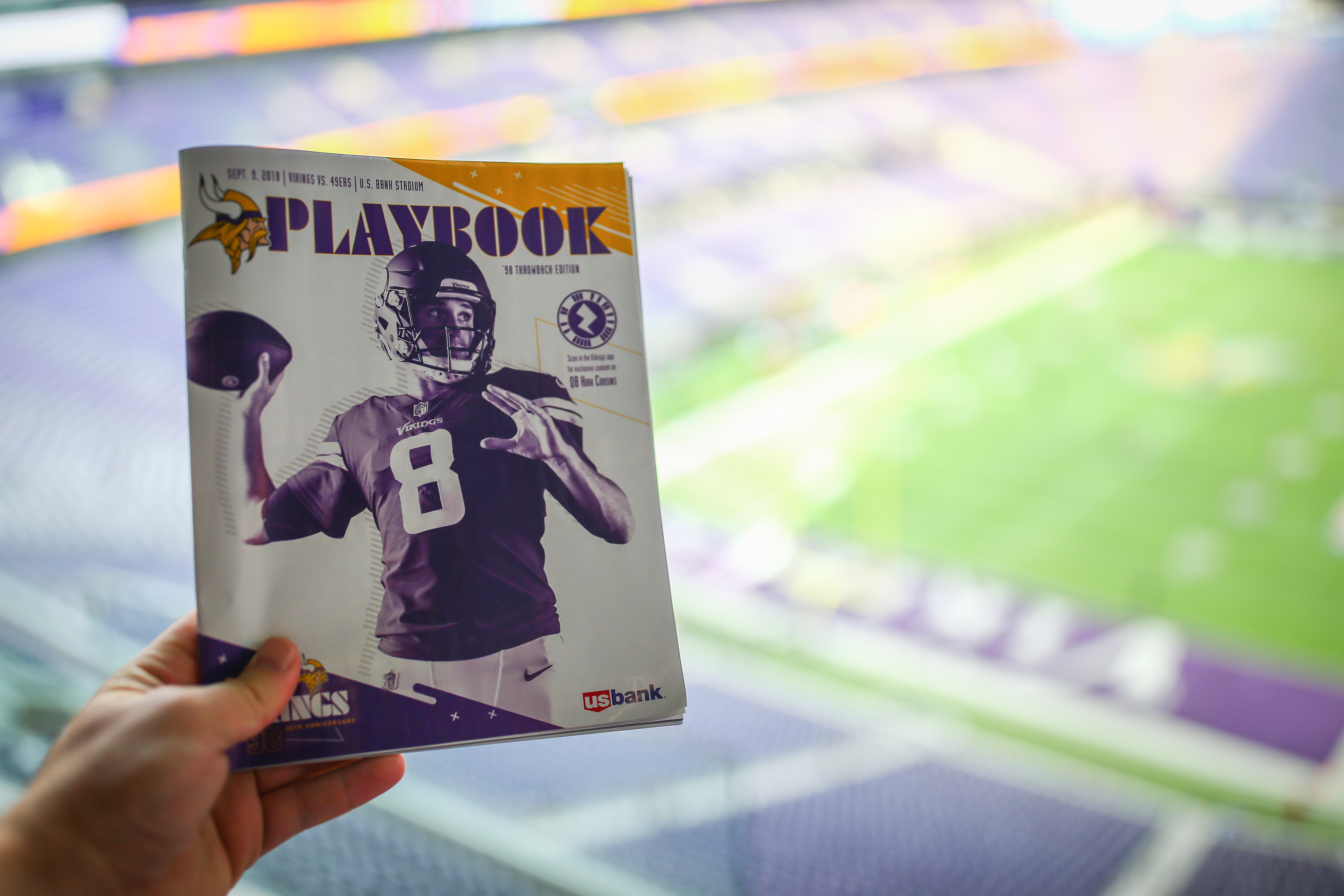 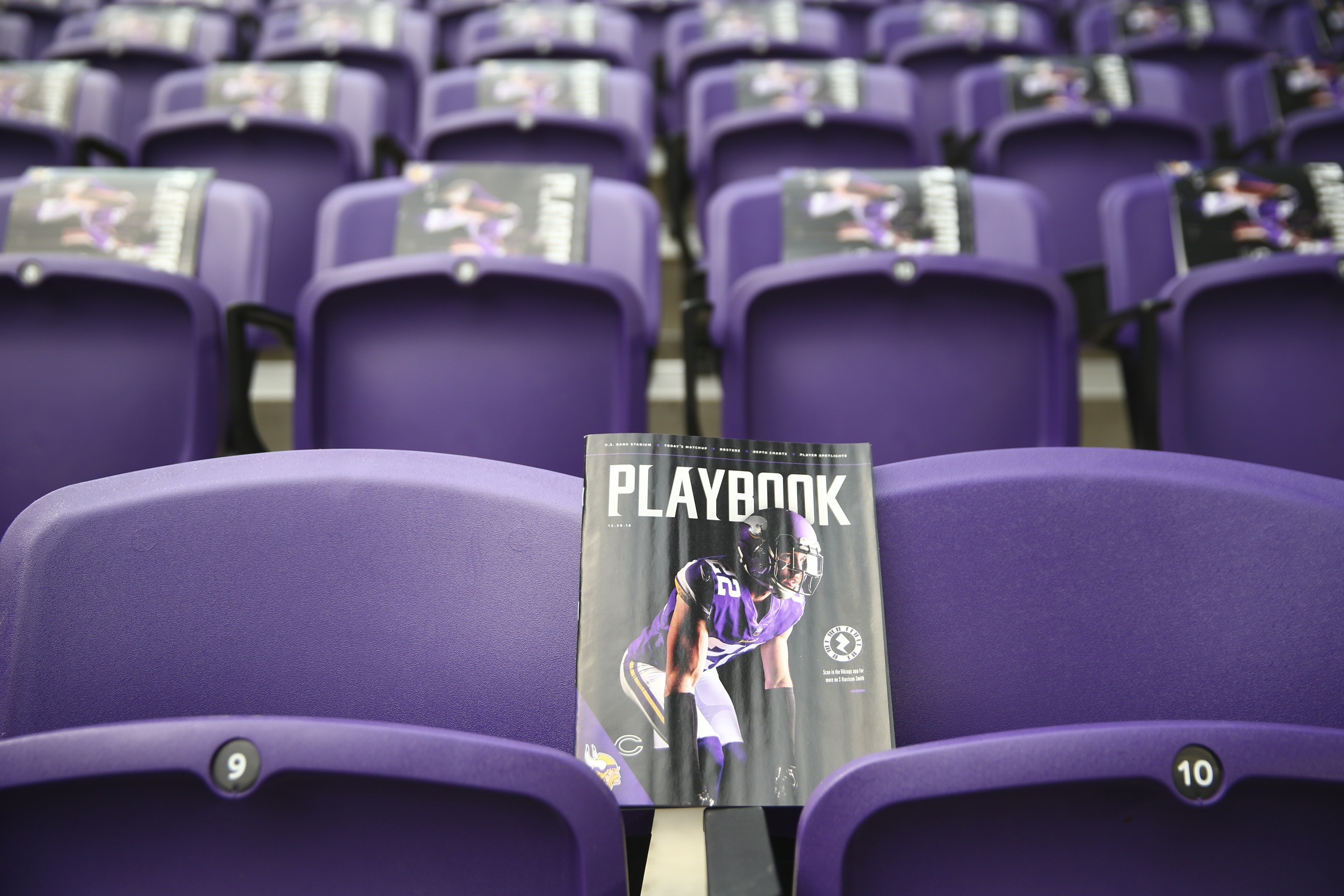 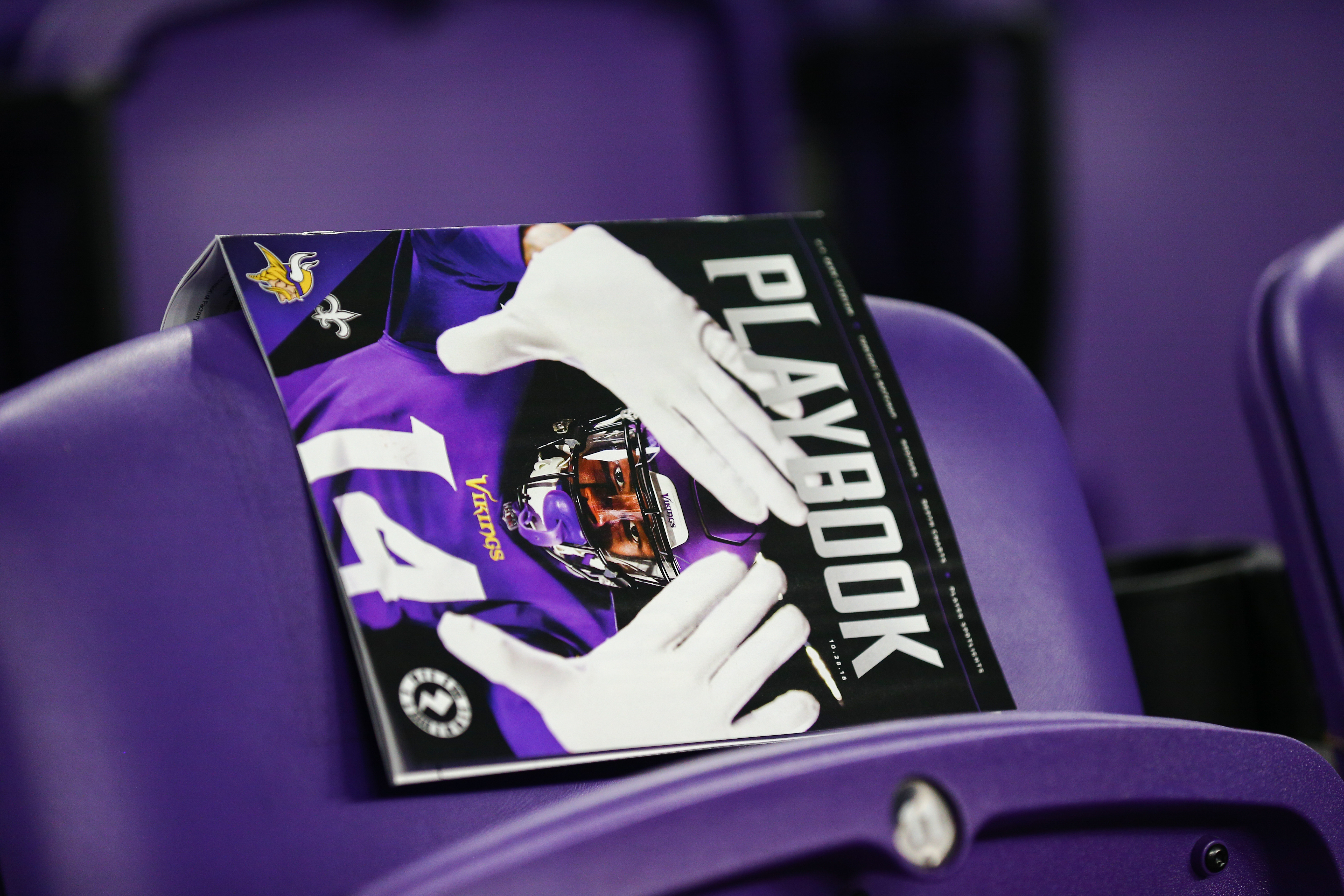