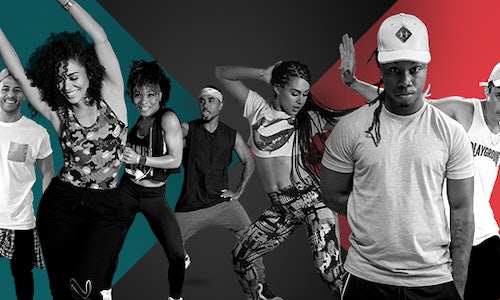 To inspire people to get up and dance. By joining forces with dance powerhouse Millennium Dance Complex, Zumba wants to show people that dancing doesn't have to be intimidating and does not have to be left only to professionals.

#ZUMBAxMDCDANCE was a partnership between the most well-known and viral dance studio (MDC) and global dance-fitness leader, Zumba. By tapping into a visually recognizable location (the big red MDC wall that is so often seen in viral videos) and well-known influencers (Kenny Wormald, Willdabeast Adams, and Brinn Nicole), the goal was to bring new eyeballs into the Zumba world. Through this partnership, viewers would also become more aware that Zumba classes are a destination for an undeniable hour of freedom and expression, set to amazing music from all over the world. Many people are afraid to go to dance classes because they are not coordinated or don't know how to dance or have two left feet...the list goes on and on. In reality, dance is about you, not about the people watching you. It's a form of expression, it's a form of art, and it's a way to let go and forget about the world for a moment. Today, it's more important than ever to find that vehicle for release/relief and #ZUMBAxMDCDANCE aimed to provide inspiration for just that.

MDC stars Kenny Wormald (of 'Footloose' fame), Willdabeast Adams, and Brinn Nicole teamed up with Zumba Instructors Mauricio Camargo, Cat Chiemelu, Dahrio Wonder, and special guest Kreesha Turner to take popular songs we know and love from Zumba class and inject some MDC flair into the choreography. The goal was to inspire viewers to express themselves through dance and work up a sweat in the process.

The 3-week campaign consisted of 3 hero spots set to Lil Jon's 'Work', Daddy Yankee's 'Hula Hoop', and Dahrio Wonder's 'Get Up'. Each hero spot was inspired by Zumba choreography and was 'funkified' by the moves that each MDC choreographer brought to the table. Supporting content like behind-the-scenes and choreography breakdown videos rounded out the campaign. Each of the talent shared the campaign content on their own social channels to amplify the #ZUMBAxMDCDANCE reach.

By using cool and current music, featuring well-followed talent, and implementing a visually creative approach, the goal was to draw our target audience (millennials) into #ZUMBAxMDCDANCE and have them engage with the content.

One of our most widely successful campaigns ever.

9,209 new subscribers to ZLife newsletter as a result of campaign 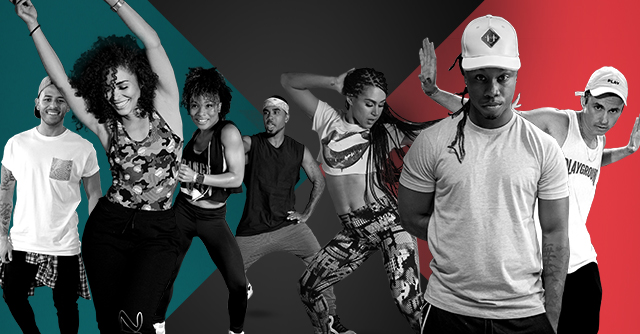