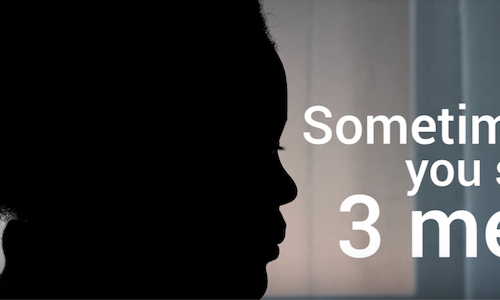 TRAFFICKED AND FORCED INTO PROSTITUTION: A TEEN MIGRANT'S STORY

Our strategy was simple - to have a migrant child tell her story in her own words.

No one should go through what 17-year-old "Joy" has faced. We wanted her to speak her truth on camera. Desperate to escape poverty in Nigeria, "Joy" made the deadly journey to Italy by sea in the hopes of a better life. A trafficker lured her with the promise of a job, but once "Joy" arrived to Italy she was forced into prostitution to pay her smuggler. Her debt was a staggering 20,000 Euros. Eventually, "Joy" was rescued but unfortunately she is one of many.

The video moved our audience and made them take action by signing our Agenda for Action which was presented to world leaders.

The video had over 1 million views on our global Facebook page alone and widely posted by thousands of our country offices and fundraising committees.

Video for TRAFFICKED AND FORCED INTO PROSTITUTION: A TEEN MIGRANT'S STORY