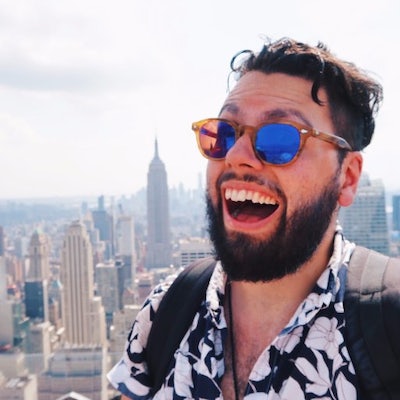 Ariel Viera is just trying to “show the wonders of the world via 360 video.” Looking to combine his “three passions in life—filmmaking, urban exploring, and history”—he created Urbanist to help people share their stories with others and explore the cities of the world together using live streaming and social media. In April, they released their most popular video on Facebook, “John Lennon in Central Park,” a brief history of the musician’s relationship with New York City that went viral, gaining over 1.4M views. The world’s cities are filled with untold tales and hidden gems that go unnoticed even by those who know their city best. Thankfully, Ariel’s efforts make all of that feel within reach, even for outsiders.